The World of Domos    The Great World Encyclopedia    Powerful Organizations    Nations of Domus      The Stateship of Everton
Reaching from the arboreal borders of The High North all the way down untill The Rivarínian League and with her back nestled between The Thundervalley Mountains' reaches, The Stateship of Everton covers a particulary beautiful stretch of the eastern coast. This upstart nation in Northern Gorian is led by a Queen who is said to be the mortal form of a goddess. Regardless of the truth in this case, an overwhelming majority of the stateship's citizens believe it as the truth and worship their queen accordingly.   Historically, the region used to be part of the northern kingdoms in The High North. Infighting made the kingdoms week however and allowed for to the appearance of a tyrannic wyrm in the northern area of the stateship. The northern lord that owned the land regarded the problem to big to deal with and abandoned his support for the region, leaving the inhabitants of the area to fend for themselves.   The founder of the Stateship was said to be a local, chased away by the wyrm. She had sought refuge elsewhere and worked on a plan to rid the region of the wyrm, which after she returned in 1355 A.S. led to the fall of said wyrm and the founding of the stateship with the assistance of the reclaimed hoard.

Becoming an independent nation after splitting off from a much larger one is not an easy task. The Stateship of Everton has had a rough few decades prior to becoming a recognised and well-respected nation. Even now, its competitors wish to see the upstart nation erased from the text of history. However, under the rule of the Angel-Queen this quirky nation has held their ground valiantly. Often, its competitors call the stateship 'The Queen's Lair' in reference to how the current ruler of the land Gilania Everhar-Melanthios should not be recognised as the 'Angel-Queen', but rather as the queen of monsters.   The land of the stateship is mostly populated with those deemed 'monstrous' or 'evil' in nature, this is mostly due to tribes and exiles pledging their allegiance to the Queen while she was on her way towards The Wyrmfall Mountains from all the way over to The Western Frontier. Most of her allies and followers stuck around in the land and helped the Queen rebuild the ruined region into a prosperous nation. Many of these allies and followers were of kobold, lizardfolk, orc and drow nature. Though it is said that the Queen despises anything draconic, she seems to be tolerant enough to take races like kobolds, dragonborn and lizardfolk under her angelic wings, integrating them within all parts of the nation's society.

War in the North

The slaying of the great wyrm and the founding of the new stateship was an action that the previous lord that held the land could not afford. Allowing such a course would discredit him in The High North as a 'weak' leader and so the previous lord riled up his neighbors and set his sights on reconquering the freshly founded Stateship of Everton. In the year 1372 A.S., following the declaration of war a week prior, the northern invasion entered the stateship through the mountain passes that separate their border. At first the Northlanders pushed in and quickly gained ground, until the largely koboldic and fiercely loyal army of the Angel-Queen retaliated from the Wyrmfall Mountains. The Northlanders were pushed back to the mountain pass, where the army of the stateship dug themselves in and held their ground.   A year of bloody back and forth on the border led to casualties rising high on both sides, the stateship's troops held trenches all throughout the pass and used their monsterly cunning to the largest extent while the paladins of The Ordo Lucis Lucis kept making calculated strikes at the Northlander positions. On the Day of Two Suns, the stateship's troops went over the tops of their trenches for a final push, driving the Northlanders out of their country and making a bold charge across the border to the nearest fortress the Northlanders held, Adamar Castle. Coincidentally, this castle held the previous lord's wife and children, and when it was captured, they were used by the stateship as leverage for the lord to sign a treatise of peace. After the signing of the 'Treaty of Angelfast', the Northlanders retreated to their land and peace was declared.   Although the stateship won the war against the Northlanders, the Angel-Queen and her advisors still feared another retaliation from the north, resources were allocated to the construction of twelve border fortresses and conscription became an integrated part of the nation's educational system. The state would fund one's education after they had served at least a year in the stateship's armies. Currently, this conscription and educational funding is viewed as a 'Coming of Age' rite by most of the stateships citizens, some even pursue military careers after being introduced to the army's branches. 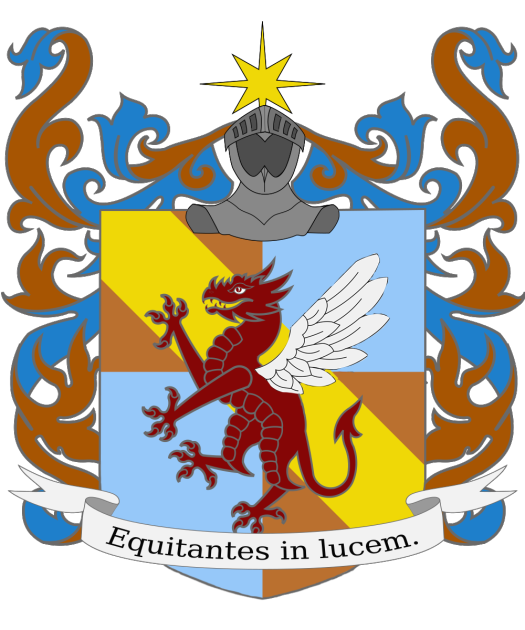 'Dawn is just a night away.'