Located within the wooded regions and nestled between the roots of a colossal tree, the village of Mionur serves as the centrepoint of civilization on the Isle of Solum, which in turn is part of the bigger chain of islands known as the Isles of Tychis. The village is rather small, and having been built in the aforementioned colossal tree that finds itself in the middle of the woodland, it is home to about 40 households and an interesting infrastructure. The village's base is found between the roots of the colossal tree, with roads leading up and through hollow cavities within said tree it forms the perfect starting location for any adventurer seeking a woodland stay within the Isles of Tychis.   Although Mionur itself is located about an hour or so walking away from the seashores, the little ankledeep streams and ponds found around the tree are not fit for any kind of watervehicles other than the odd canoe. Therefore, a smaller satelite has been build along the northern shore to function as a port for travelers and supplies to find their way to the village. Between the both of them lies a crudely paved road, which makes the travel between these two locations not more than two days by cart or horseback.

Even though Mionur is considered a small village, the actual surface of its land is rather big as it stretches vertically as well. Nestled between both the roots and within the hollow cavities in the colossal tree are quite a few places of interest, which can generally be accessed from the streets. A few facilities can also be found in the village, courtesy of the villagers that live within the roots of the tree. The following locations can be found within Mionur:

The village of Mionur resides under the watchfull eyes of a venerated Elder. Often, villages are selfgoverning, with the elder taking a place of authority with a heavy-weighing vote on village matters. The guidance of such an elder in a village is very much appreciated, as the wisdom and skills they have built up over the years often delivers good insight on matters as well as the possibility to make grounded decisions based on experiences.   The village of Mionur in particular is under the rule of an older firbolg by the name of Yellen Moonbreeze. Once an adventurer himself, Yellen had traveled to the Isle of Solum and took interest in the existance of the majestic and looming tree that is now its centerpiece. From the roots of the tree where a small community already lived, Yellen started guiding people on to the mainland and assisting with his knowledge and skill. With him working in the village's interest and his dedication to do so, the small community started to regard him as the head of their village, the Elder. Even after a hundred and four years of unbroken guidance, the people of the village still look to the elderly Yellen for leadership and advice.

As a smaller pioneering village, Mionur mostly focusses its resources on development of the village itself. However, it often functions as the first point of contact for travelers heading for the larger Isles. Due to the passing of travelers and its idyllic location, a lot of revenue can be made from these travellers. On top of that, the village also produces herbal remedies and alcoholic brews which are wildly popular on the larger isles. 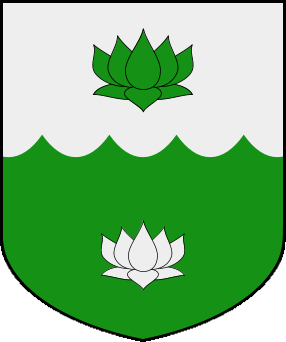