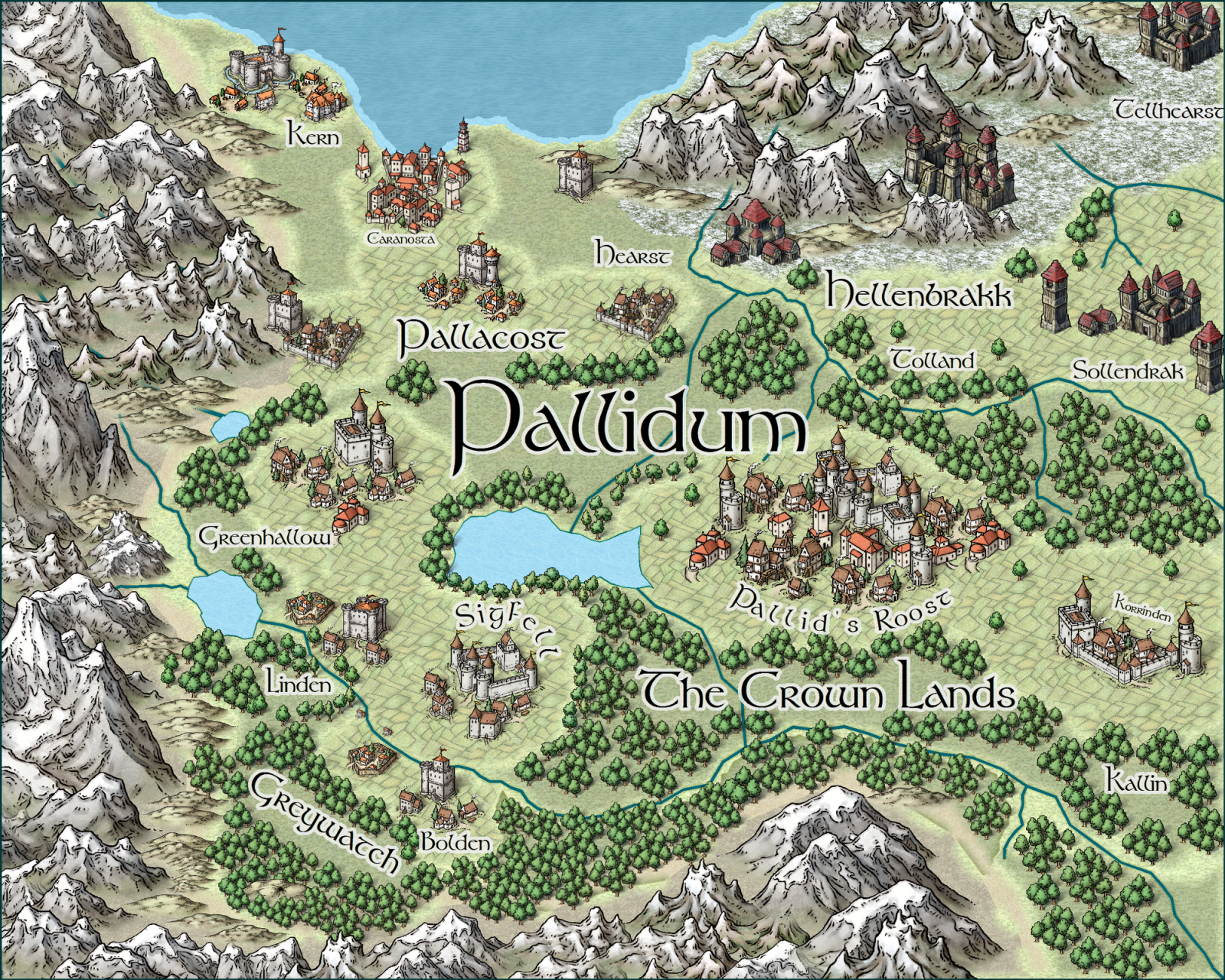 The Wood and the World

"It was an unusually clear morning in Greywatch. It had been days since Keshmir had seen a glimpse of the lands east of The Palintok Mountains. Today though, as he rounded his chosen path through crags and hills, the entirety of the Palintok Basin stood before him as clear as he had ever seen. He couldn't help but smile as he surveyed the lush rolling hills on Linden before him, but his joy could not last very long. The smoldering black fog of The Blight Lands of Alleth soon demanded his attention. The world had paid dearly for the conquest of Samed, The Plague Lord, but had paid even more dearly for its people's inability to rally together against the coming storm. Kharsa had many scars to bear for the negligence of its inhabitants. Times had certainly changed: the stones no longer gave their wisdom to the dwarves, the noble men of The Kandalar were all but forgotten, and there hadn't been a Dragon Emperor of Kysera in over a century. How much more would the world lose before the end?"
— Keshmir, Stone Caller of Hellenbrak

The Wood and The World is a custom campaign setting for tabletop RPGs.

The Studies of Saint Allanthin

The Wood and the World has 5 Followers