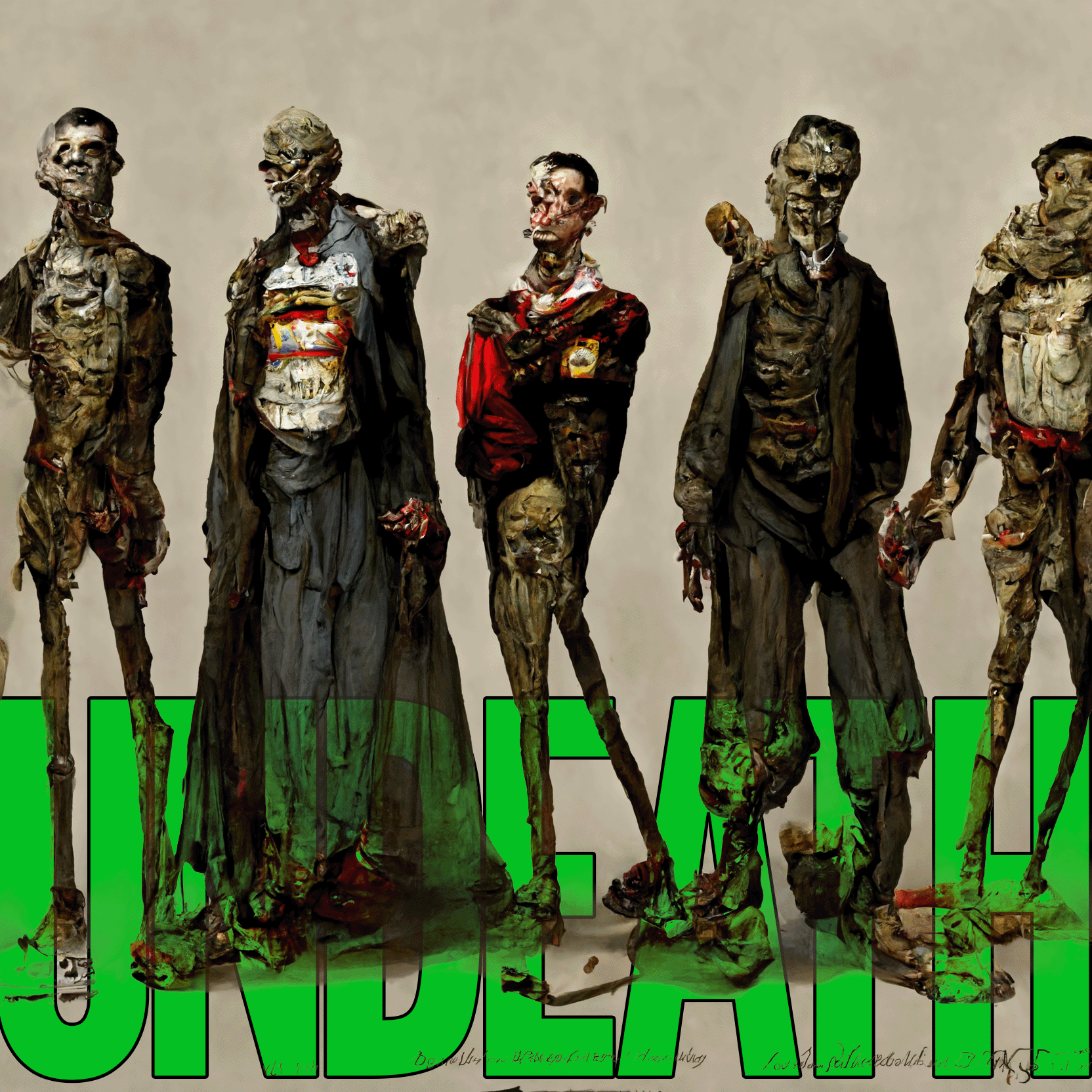 They came crawling from tombs, ancient graveyards, mountain castles, and every other place in the Third Age. The Undead, those reanimated hungry souls tied to the negative plane.
previously thought a religious affliction it's been theorized that undeath is instead created by over exposure to Negative energy and that the large ammount of mutative and entropic Energy that is tied tot he negative AND postive planes causes shifts in the molecules of the subjects.

Depends on the type of undead, each has special ways to inflict it's curse on others.

The root cause of undeath is often hotly debated but ultimately it has to do with necromantic and entropic energies suffusing the body, creating a bridge and energizing the spirit energy within the body.
Sometime the Spiritual and Identity energy of a creature is still affected by the Necromantic energies that imbue many areas resulting in Ghosts.

The undead all have a connection with Negative energy and a bad reaction to positive energy. They also all have a strong weakness and an undead hunger of some kind, again depending on the manner in which undeath affects them.

Once a character has become fully Undead the only treatment is destruction.

Almost everyone but the Fey races and those with strong connections to the first world can succumb to undeath. The exact method by which a person shrugs off the entropic energy of the negative energy plane is unknown.

Undeath can be carried by almost any living thing, the noted exception there is that Plants rarely become undead.

Some species seem immune to becoming undead, as do beings with connections to various entities. Exactly why and how is still a mystery to all but one or two very secluded scholars of the subject.

Undeath has existed in myth and rumor since the death of the First world. An issue that the denizens of the Second World were afraid of and that the Third World actively suffers from.
The scourge of Undeath in the modern age came with the destruction of the Second Age, empowered by the negative energy used in their weapons.

Except in very rare cases, the Undead are treated as monsters through most of Erryt. Intelligent undead either take great pains to hide their condition or use it to make others fear them too much to attack them. The noted exception to this are Vampires and their Half-blood Dhampire kin who are seen as "Civilized" undead.
Type
Supernatural
Origin
Magical
Cycle
Chronic, Acquired & Congenital
Rarity
Rare
Affected Species

Answering: "a condition considered monstrous or "unlucky" by some"
Visit Brandael's Competition Page Check all other answers to this prompt Competition Homepage