Andor is a country in the heart of the Westlands. It is the largest and most populous country in the West. After the Borderlands, it also has the largest and most well-trained army. Formerly a province under gubernatorial rule, it was declared a sovereign nation, and is the oldest and largest of the nations formed after Artur Hawkwing's empire collapsed. The capital of Andor is Caemlyn.

The royal succession in Andor is from mother to daughter. If there is no daughter, the noblewoman who claims the most lines of descent from Ishara gains the throne. This succession was usually, but not always, peaceful.   Naturally following the nature of the royal succession, other noble titles also descend normally from mother to daughter, as does the largest part of property. Only when there is no daughter does a title descend to a son. A man who thus inherits therefore leaves his main title and properties to his eldest daughter, though sons and other daughters can inherit smaller properties, and are considered nobility. Among the nobility, most property and land is in the hands of women.   Commoners divide their inheritances among sons and daughters, with a daughter's share often going with her when she married. This part is her property, not her husband's, and it is her right to dispose of it or leave it where she would. It is common in some areas for men to leave property to sons and for women to leave property to daughters, but this is not a rule and is not followed in all circumstances.

The Queen of Andor traditionally has an Aes Sedai advisor. The Daughter-Heir traditionally trains in the White Tower, regardless of her ability with the One Power.

Many of Andor's traditions were established during these early years. Unlike many nobles of the time, Queen Ishara knew that no one ruler would be able to take control of Hawkwing's entire empire. Instead, she focused on controlling only what she could. As a result, Andor began only with the capital city of Caemlyn and the small surrounding villages. Cautious expansion marked the reigns of the early queens of Andor.   The tradition of Andor is that only a queen must sit on the Lion Throne of Andor, and wear the Rose Crown. However, it wasn't always intended that a queen would rule - it happened that the sons of Andor's first two Queens were killed, and so their daughters became queens. After this it became tradition that a queen would rule. The eldest daughter is known as the Daughter-Heir, and is always sent to Tar Valon to study. The eldest brother of the Daughter-Heir is sworn to protect her with his life, and is prepared from an early age to take control of Andor's army. He is given the title First Prince of the Sword. If the Daughter-Heir does not have a brother, another man is appointed to the post.   If a Queen does not have a daughter, then another successor is appointed, judged by the number of blood ties she can establish to Ishara. Four times in Andor's history this method has been disputed, leading to the Succession Wars.

During the first millennium after the Breaking, the territory of Andor was held by two of the Ten Nations, Manetheren in the west and Coremanda in the east. The city of Hai Caemlyn was founded as one of Coremanda's major strongholds, a large city close to the River Erinin, which was important for trade. During the Trolloc Wars both kingdoms were destroyed.   After the conclusion of the wars, the kingdoms of Farashelle, Aldeshar, and Caembarin arose out of the ruins of the two older kingdoms. Aldeshar and Caembarin, named for its capital at the rebuilt city of Caemlyn, were two of the most militarily powerful nations of their time and sent armies against the false Dragon Guaire Amalasan in the War of the Second Dragon, although it was actually King Artur Paendrag Tanreall, known as Artur Hawkwing, of the small kingdom of Shandalle, east of Caembarin, who defeated Amalasan. Caembarin attacked Shandalle a few months later and Aldeshar followed suit the following year, allegedly due to the manipulations of the Amyrlin Seat, Bonwhin Meraighdin. During the Consolidation, Hawkwing conquered Caembarin early in his campaign, but Aldeshar did not fully surrender until FY 963, the last nation to be added to his growing Empire.

Blaming King Joal Ramedar of Aldeshar for the murder of his wife, Amaline Paendrag Tagora, three years previously, Hawkwing put Ramedar to death and scattered the people of Aldeshar across the Empire. This period of rage, the Black Years, ended after Hawkwing's aborted invasion of the Aiel Waste and his marriage to the lady Tamika.   Hawkwing set about organizing his Empire into provinces. The Imperial Province of Andor was created early on, spanning the central regions of the Empire. The precise borders of Andor Province are unknown, but Caemlyn was the ruling city. The first governor was Jeorad Manyard (who was more interested in creating a translation of The Prophecies of the Dragon), but his rule did not last long. Displaying regret for his harsh treatment of Aldeshar, Hawkwing permitted its people to return home and appointed Endara Casalain, King Ramedar's daughter, as the Imperial Governor of Andor in FY 967.   In FY 975 Hawkwing's armies besieged Tar Valon, a siege that was to last for the remaining lifespan of the Empire. Endara's daughter, Ishara Casalain, began a romance with General Souran Maravaile, the commander of the siege, in the early FY 990s. 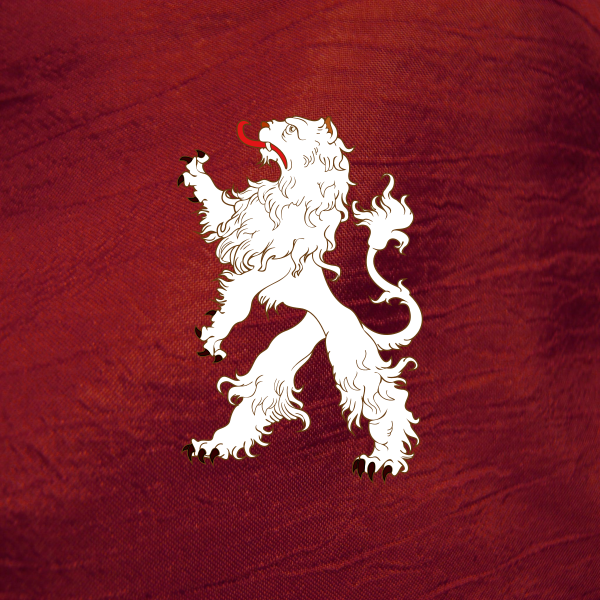