The Puzzle Spheres of Gada Kiore

Boredom can be a deadly thing among dragons, creatures who live for thousands of years and oftentimes have nothing to do for long periods of time. They fall asleep and do not wake up to eat, drink, or interact with the world. Some end up starving to death while in their dreams.   Gada Kiore has never managed to hibernate as other dragons. Instead, during lulls, she creates puzzle spheres.

Puzzle spheres are round, palm-sized objects with an intricate outer design and an interior of locked spaces. To unlock each one, there is a puzzle to solve. These puzzles range from simple to exceedingly difficult, but each has a small reward for completion, like a component for a spell. Correctly solving the puzzle opens up the way to a new one, with the lock either physical or magickal.   Each open lock builds on the last, with the final reward a completion of the sphere's intent. This may be the last components of a spell, of which opening the locks taught the user how to wield, or the remaining sentences in a description of an advanced fighting technique. Sometimes the reward is retrieved from Gada Kiore herself, and can be as simple as a stuffed toy for a child, or as complicated as a treatise on the mechanics of the kick-portal fundament.   While completing a sphere can be a physical or magickal endeavor, Gada Kiore, after mapping the locks, uses magick to create them--and has kept those spells secret. No one, not even the Earth Mother sylfaone, knows how she accomplishes it.

Gada Kiore only gives these spheres to those she cherishes. Receiving one is an honor that dragon- and humankind hold dear. She matches the sphere's difficulty to the person she gifts it to, so those in possession of one know she expects them to finish it. The timeframe in which they do so is up to them.   Each puzzler receives one sphere at a time. Once the sphere is completed, its magick dissipates and the puzzler returns it to its creator, who gives them another one if they desire. Few turn down the opportunity.   Some puzzlers fail to complete the sphere. No one ever returns them, since no one wishes to admit failure to the Mother Dragon.

The Well has a display room with the completed, and now empty, shells. The intricate outer designs are considered grand artworks, and map Gada Kiore's interests through the ages. Early spheres have landscapes, her middling creations are abstract, while several current designs are based on knots.   A very few spheres remain uncompleted, due to their puzzler dying or other circumstance. Some of these Gada Kiore retrieves and crushes into nothing. Some she displays, a melancholy shrine to those lost to her. The most prominent is the final sphere she gifted to Tuussa, a man she loved but could never be with. His sphere is enshrined with a constant, soft earthy glow that plays across a surface painted with tender scenes between them. 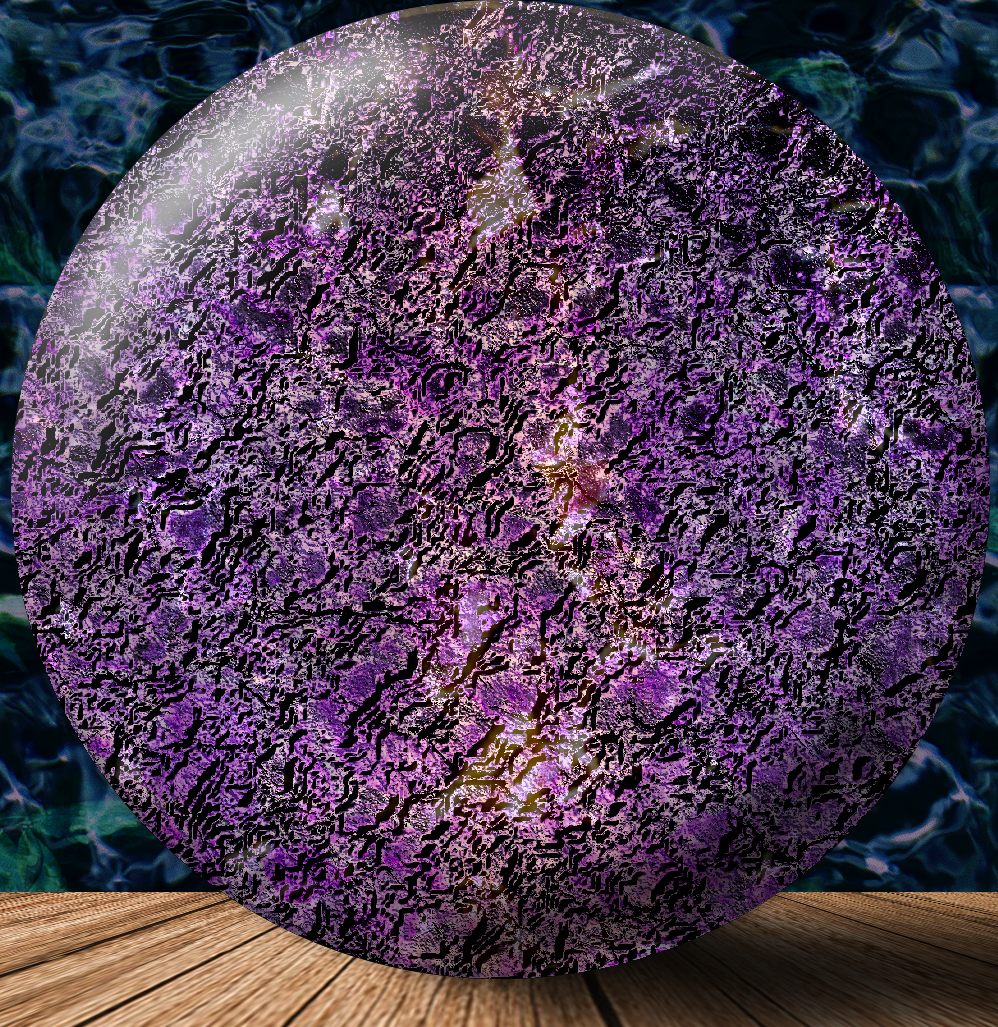 by Shanda Nelson
The dragon Nezdyravyn, first Guardian Advisor to Gada Kiore, has a sphere he has worked, off and on, for over a century. It contains a personal spell only Gada Kiore and Tuussa have ever used, and to match that, the Dragon Mother created a uniquely difficult sphere. He is determined to solve it, and wonders if the difficulty is to help teach him patience, of which he somewhat lacks.

Gada Kiore adores making the spheres. She sees it as an artistic endeavor, and takes pride in the sneakiness involved.

After a heated argument whose topic is lost to the ages, Gada Kiore gave the Earth Mother a sphere. Aseris accepted, and her human worshippers declared she completed it within moments. Aseris refuses to speak of it, and Gada Kiore only smiles.

The Nine Abysses
Magick
Twilight Mists
In response to the prompt Tell us about an item that is unique, wondrous, or magical!