The Glass Volcano is the lair of Kykini Cede, Flame Dragon of Kassak. It is found in present-day Oritan, a few days' ride from the Merren border. It takes its name from the obsidian that gleams on its slopes.
The mountain has been known by many names throughout the centuries, though it usually has something to do with obsidian. Over six thousand years ago, the Dreidin who lived around the volcano called it the Black-shine Mountain, and their descendants, the Leandrein, continued the tradition. Catak speakers call it Jo khade maja (Black-shine Mountain) because the Condi called it the Glass Volcano, or Viodiollesse Sava (from the Ciqi/Archaic Daione 'Vedellesse Sava'). Most Midem countries refer to it as the Glass Volcano, as do the Northern Plateau peoples (from whom the Ga Iniria first heard the term, and who then passed it to their Condi descendants). Teutche and western Siodame speakers usually call it Obsidian, Black-shine, or simply Black Mountain.
all artwork by Shanda Nelson 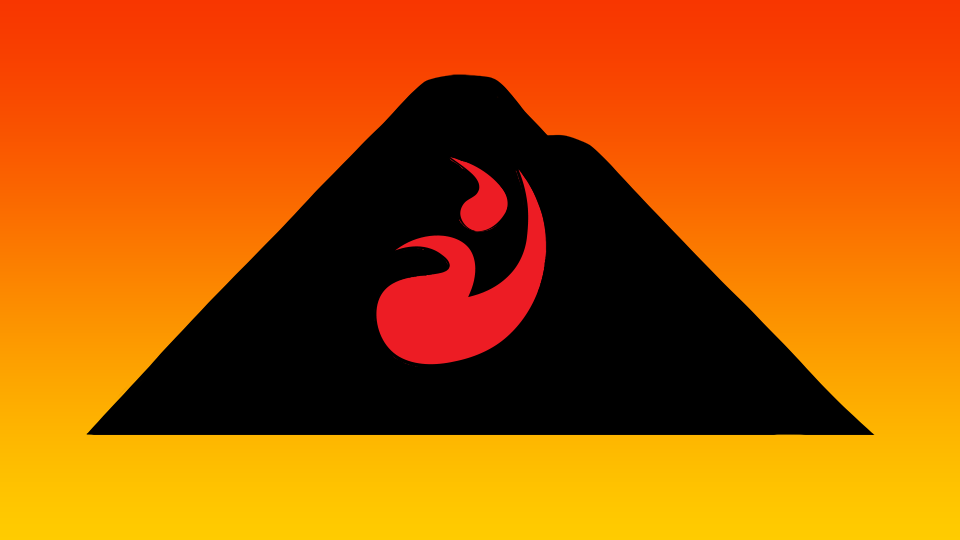 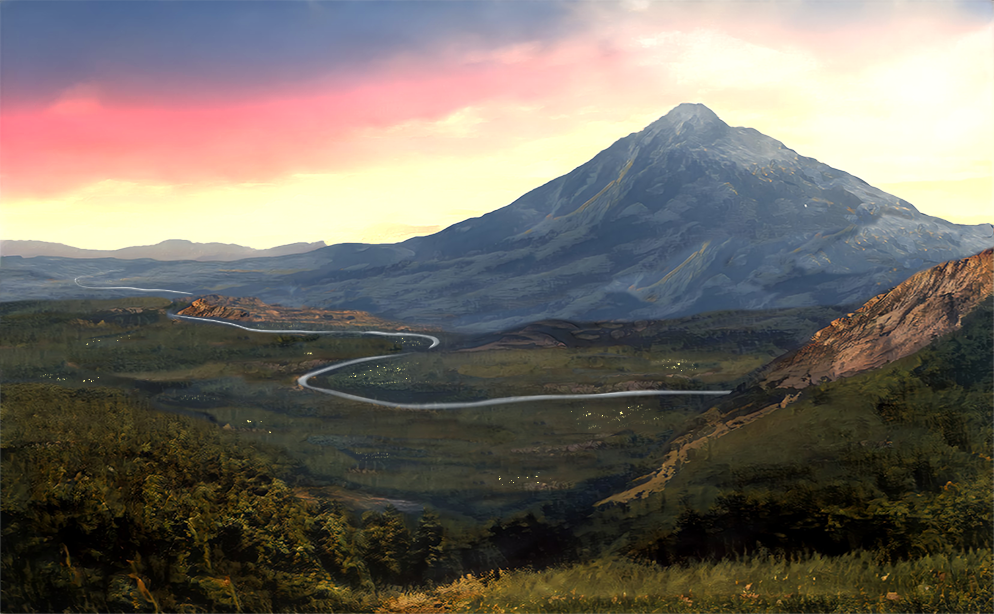 Original created in Artbreeder
Southern Seari scholars are not certain when the Flame Dragon began to reside in the volcano. Myths dating back at least 16,000 years mention the connection. The oldest known reference is a damaged manuscript by Ceev sha Saine, a scholar from the deserts of the Lower Continent. The document dates from 10,913 BGI and lists several now-lost volumes that he had read before writing his treatise on magickal landmarks of the north. So while it is known that the Glass Volcano's famous occupant inhabited the lair for over 16,000 years, no one is quite certain when it became his home.   Ceev sha Saine mentioned that the dragon had agreements with the peoples of the valley in which the mountain rested, granting him sovereignty over the lands adjacent to the lair. Those agreements remained in force through the Jonna Empire (2650 - 1000 AGI), after which the Condi returned to Condioh and mentions of the Flame Dragon trickled into nothing. The Maek Vars, after defeating the Leandrein and the Daothyn to form Oritan, claimed the valley and its fertile fields for their newly-formed country--and no dragon appeared to say otherwise.
While the valley is fertile with volcanic soil, those eruptions took place many thousands of years ago. The only one to occur in written memory happened just over 5000 years ago. Accounts vary on the exact nature of it, though most descriptions speak of the odd lava that issued forth. Some eyewitness accounts claim that the molten mass did no damage but to an invading force of religious zealots unhappy that the local populations saw the Flame Dragon as a sylfaone, and sank into the ground after burning the invaders to ash.

The Glass Volcano is the Flame Dragon's home, where he resides and stores his treasures. It has also been a religious monastery for dragonpriests, a labyrinth of obstacles for adventurers, and a place for learning.   Dragonpriests moved into the volcano around 6000 years ago. A few writings from that time period have survived, so modern scholars know that their original purpose was not to worship the dragon, but to take care of the lair and make certain the trials that led to his magickal artifact, the The Kandari, remained viable. What these trials entailed is unknown; dragon companions rarely mentioned them, and the dragonpriests refused to elaborate, considering their purpose. Scholars have pieced some bits together, but a whole picture is elusive.   All agree, however, the trials were physically dangerous and potential companions had a far greater chance of dying than succeeding. This is bore out by how few reached the Grand Chamber and triggered the final obstacle.   More is known about the parts of the volcano not involved in the trials. The dragonpriests wrote many descriptions about the mountain's exterior, their living quarters, and important rooms. Several maps have survived their cult's destruction, depicting seven floors where they were active. The full extent of the interior, however, is unknown. Modern attempts to enter the volcano and find out have all failed.
Myth tells of special Flame trials only open to Flame warriors. These men and women would travel on foot from the aki n'di ori lands to the volcano, half a continent away. When they arrived, the dragonpriests would conduct a ritual in the Black-shine Temple, then open a secret passage for them which led to a maze of trials. These trials were supposedly harsher and more deadly than those for the Kandari, and meant to highlight the exacting nature of Flame study. The warriors who succeeded were granted a special Flame rank, the Blue Flame, and allowed to meet the giant beast.   After the dragonpriests were exterminated, no Flame managed to open the secret passage into the volcano, and the tradition died. The Blue Flame became a symbol of high rank, nothing more. 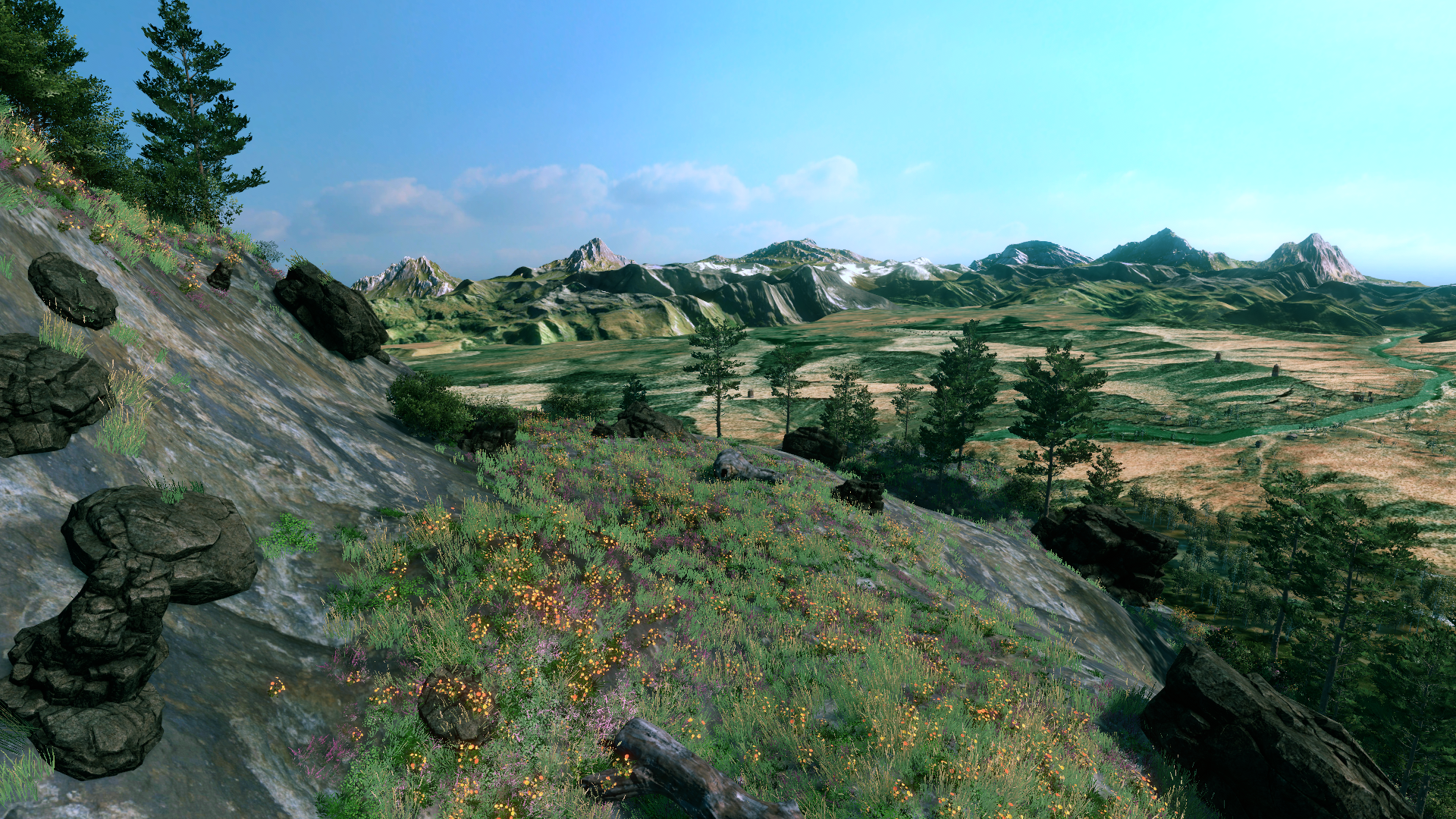 View from the northwest slope
The Glass Volcano is the largest volcanic mountain in the Meygharkin Mountain Range. It lies in the center of Black-shine Valley, whose rich volcanic soil makes the floor an attractive place for farmers, and fields fill the flatter lands. The Obsidian River enters from the west and runs south, around the volcano, then flows through the mountains on its way to the Glass River. Many natural springs can be found throughout this region and on the volcano's slopes.   The base is covered in deciduous trees and evergreens. The treeline thins near the center, and grey-black granite sprinkled with obsidian runs to the top. The Firelit Trail, the primary pilgrimage road to the crater, meanders around the south-western side. It passes several impressive religious ruins, where modern guide companies have built shrines to various deities. The two most famous ones, the Flame Temple and the Five Dragons' Testimony, attract scholars and pilgrims alike.
To the northeast are the remains of the Flame Trail, a path once used only by dragonpriests and practitioners of the Flame martial art. Rockslides and debris have made it an unusable route. The largest temple dedicated to Kykini Cede, the Black-shine Temple, rests on this road, near a pure spring. Few visit due to the difficulty in reaching it, and those that have write that a magickal barrier surrounds it, preventing close examination of the site. Who erected it is unknown.   A large slide has defaced the eastern-facing slope, and smaller rockslides are common during the rainy season. Avalanches occur during winter. Non-trails are rugged and difficult to climb, and the crater is high enough some people experience shortness of breath near the rim.   The crater is large and houses the Khan Dorioalle, an extant shrine that still attracts pilgrims from near and far. A Flame Flower mosaic sits in front of the shrine, and sculpted columns line a short hallway leading to a throne carved with a dragon decoration. Old mosaics of various myths line the walls, though no one has understood the preservation spells used to keep them pristine. All cave entrances along the sides are blocked by stone.   Scholars debate when the volcano became inaccessible. Some think the last dragonpriests tried to prevent their religious enemy's invasion, which ultimately failed and led to their demise 1900 years ago. Some think the Condi did so to spite the dragon who, once he helped Eserial subsume the first countries into the Jonna Empire, abandoned them. When they finally reached the Glass Volcano after years of conquering, they bit him back, blocking all exits from the volcano and leaving him to starve. This, they believe, explains why no one has seen the dragon in over twenty-five hundred years.   The dragonpriests wrote of other entrances into the volcano that rested closer to the base, but those have been lost to time and superstition.
Interior

The interior is at least 7 floors. Scholars know several more exist because the dragon companion trials take place there, but have no exact number. Each floor is a labyrinth of tunnels between caverns and rooms. Intersections have plaques above them that tell where they lead--or, at least, the direction they point. It can take days to walk from one floor to another, and accounts from pilgrims, tourists and noble visitors complain about the hike. Dragonpriests rarely used kick-portals to move visitors from one place to another, though they did so for royalty (for obvious reasons).   The ways are sometimes so convoluted, magick scholars wonder if the tunnels might not intersect the twilight realm in some way, adding length to already long passages.   The Grand Chamber is the most important room inside the volcano because it houses the Kandari. All visitors wished a glimpse of it, and all potential dragon companions wished to covet it. Very few ever accessed it. Those who completed the trials and reached the room would take up the artifact and battle through some final trial, after which they would become a dragon companion. 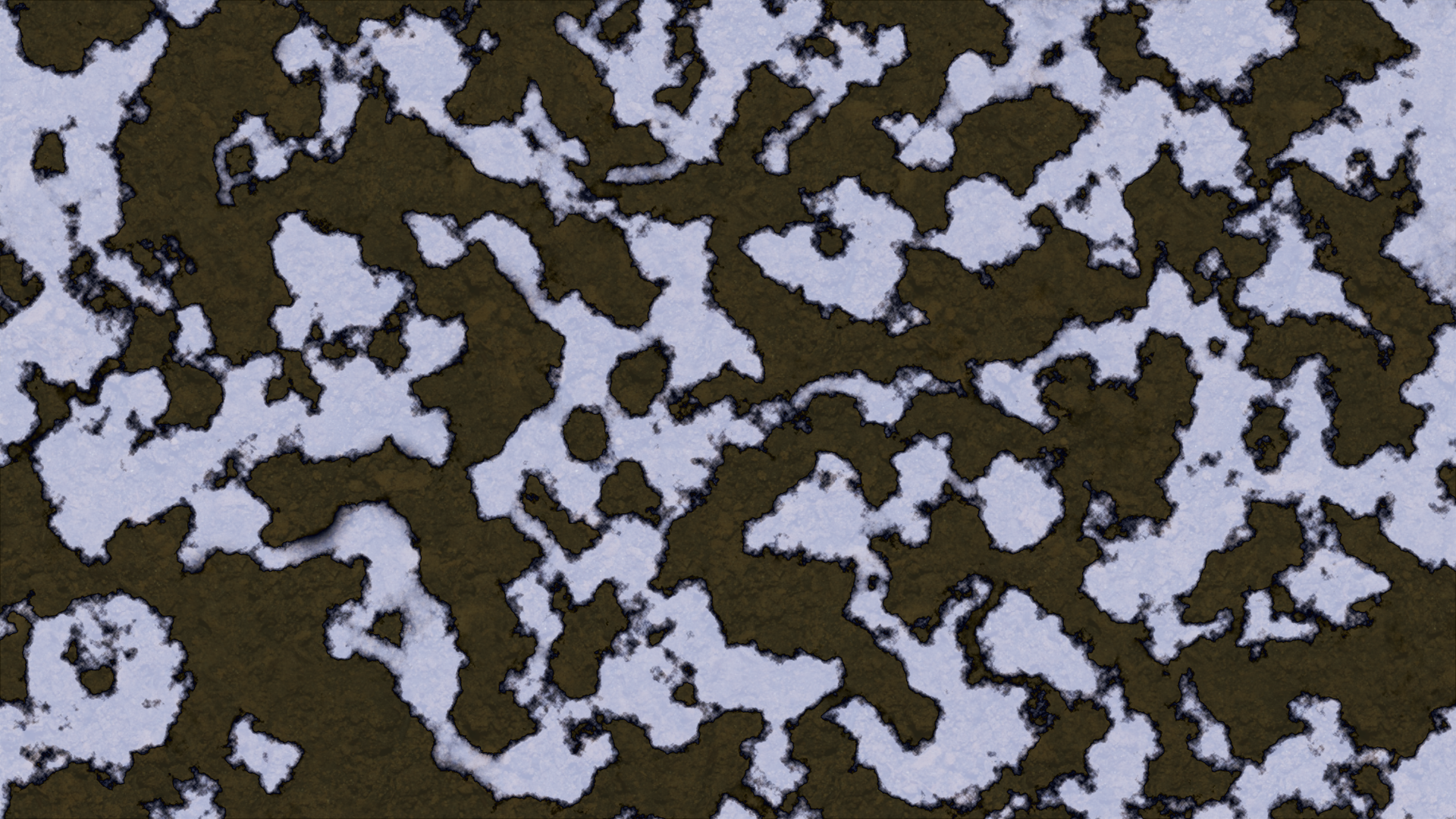 Most of the 'maps' retrieved from dragonpriest writings don't look like maps. Modern mapmaker Shembra once said, with great disdain, dragonpriests preferred to tip an inkwell onto a sheet rather than make accurate maps.

Kykini Cede is seen as a deity by some modern cults, and pilgrimages take place up the mountain at all times of the year.   The dragonpriests also viewed the Flame Dragon as divine and created a series of rituals conducted within the volcano in honor of him. Rooms were designated as holy and remained off-limits to the general visitor.   The dragon valued martial ability, but also knowledge. The dragonpriests created huge libraries in keeping with this, the largest being the Escurti, which attracted scholarly attention from Seari as well as Yena and the Lower Continent. Knowledge became a religious tenet in the final years of dragonpriest existence.
The dragonpriests were a religious order that inhabited the Five Dragon lairs. They saw the dragons as deities, found them more accessible than syflaodolon, and decided to worship them. Dragons accepted their presence because they served as guards and stewards of the lairs.   Several religious orders, jealous of their power and prestige, sought to exterminate them. The last desperate dragonpriests still residing in the volcano died 1900 years ago at the hands of the pious. No one knows why Kykini Cede did not interfere.
Healing Houses
Summercamp 2021
The Kandari

Answering: "an area or geographical landmark wrapped in myth, legend or superstition"
Visit Kwyn Marie's Competition Page Check all other answers to this prompt Competition Homepage