Political Map of Seari
Open full size
Seari is a continent on the world of Elthessera. It has the distinction of hosting the place where Aseris, the Earth Mother, first created life on her sphere--First Light Island.   Seari has 33 countries, which are divided into 5 regions: the Northern Wastes, the Northern Plateau, the Ga Iniria Lands, the Western Countries, and the Jonna Countries.   The Northern Wastes are a far-north stretch of land mostly covered in ice and snow. Below them is the Northern Plateau, situated on a highland that runs nearly the entire length of Seari. South of the plateau are the Ga Iniria Lands. The Western Countries lie between Guaine, Kotchyn and Mackdregh and the Amberjacen Sea. The countries directly west and south of the Sea of Condioh are the Jonna Countries, which were once part of the Jonna Empire (including the islands of Rajel and Tonga).   Seari has thick forests, wide grasslands, tall mountains, beautiful islands, expansive wetlands, and a large desert called The Dry. The modern incarnations of several biome regions are the result of Condi Greenroot practitioners, past and present, who take it upon themselves to create extraordinary environments. Many joke that not a single natural landscape remains in Condioh, that the lush forests and grassy plains are the result of heavy Greenroot magicks applied over several generations of like-minded siojhetioh.   Make sure to check out the Layers for the water map and the biome map!

The Meygharkin Mountain Range is on the edge of a techtonic plate, and spans most of Seari.   Winds flow into the Sea of Condioh and strike the Northern Plateau. This halts moisture-carrying clouds and keeps the forests below lush. The winds do not blow to the west or south, and combined with the lack of rain that makes it over the Meygharkins, the area between them and the Sea of Condioh is very dry.   The Jonna Empire countries' borders are artificial, in that they do not follow cultures or natural landscape. The empire's scholars and generals purposefully divided peoples and places to make it harder for rebellion to take root.   Condi siojhetioh have a strong affinity with nature. This has lead to several powerful wielders staking claims to particular natural areas and manipulating them into nature gardens. While they have never created mountains, they have adjusted the flow of water into artificially large rivers and lakes, grown forests and grasslands, and created wetlands. While the common folk laugh, how no landscape in Condioh is natural, scholars sourly observe than neither are the lands outside it.   The Northern Plateau countries do not have official northern borders. Basically, when civilization ends, so to, do the countries. Most claim their lands run until they hit the Sea of the Wastes, but tradition says that the Northern Wastes are ceded to dragons. Some scholars sarcastically claim the dangers of the Wastes keeps the countries from officially drawing borders past First Light Island.     More information : Seari Geography Countries on Seari
Kwyn Marie / Shanda Nelson
The Wellspring Dragons
Lapis of Nicodem

Magick users go by several general names; mystery artist, wielder, caster, and, well, magick user. More specific terms of lightartist, shadowartist, conjurer, bloodmage, healer and hearthwitch are used to refer to the field in which the magick user practices. More specific terms like siojhetioh are historical or regional in nature, and not normally widely used.   'Mystery artist' is the most general term. Wielder refers to practitioners who study everything but conjuration. Only conjurers are called casters. Wielders wield spells. Casters cast spells. Mystery artists can wield more than one type of magick, and are referred to by their current usage. For instance, Sikode is called a wielder when he wields shadowfire, but is a healer when he uses that magick.

There are several distinct fields of magickal study. The lightarts rely on light spells and many holy orders practice them. The shadowarts are an off-shoot of the lightarts, and focus on darker spells. Conjuration focuses on summoning creatures from the twilight realm to the sunlit realm. The healingarts focus on healing. Bloodarts focus on using the small bit of magick inherent in all living things to power wieldings. The Heartharts focus on mundane uses, such as farming or hair styling, though many consider healing a kind of hearthart. 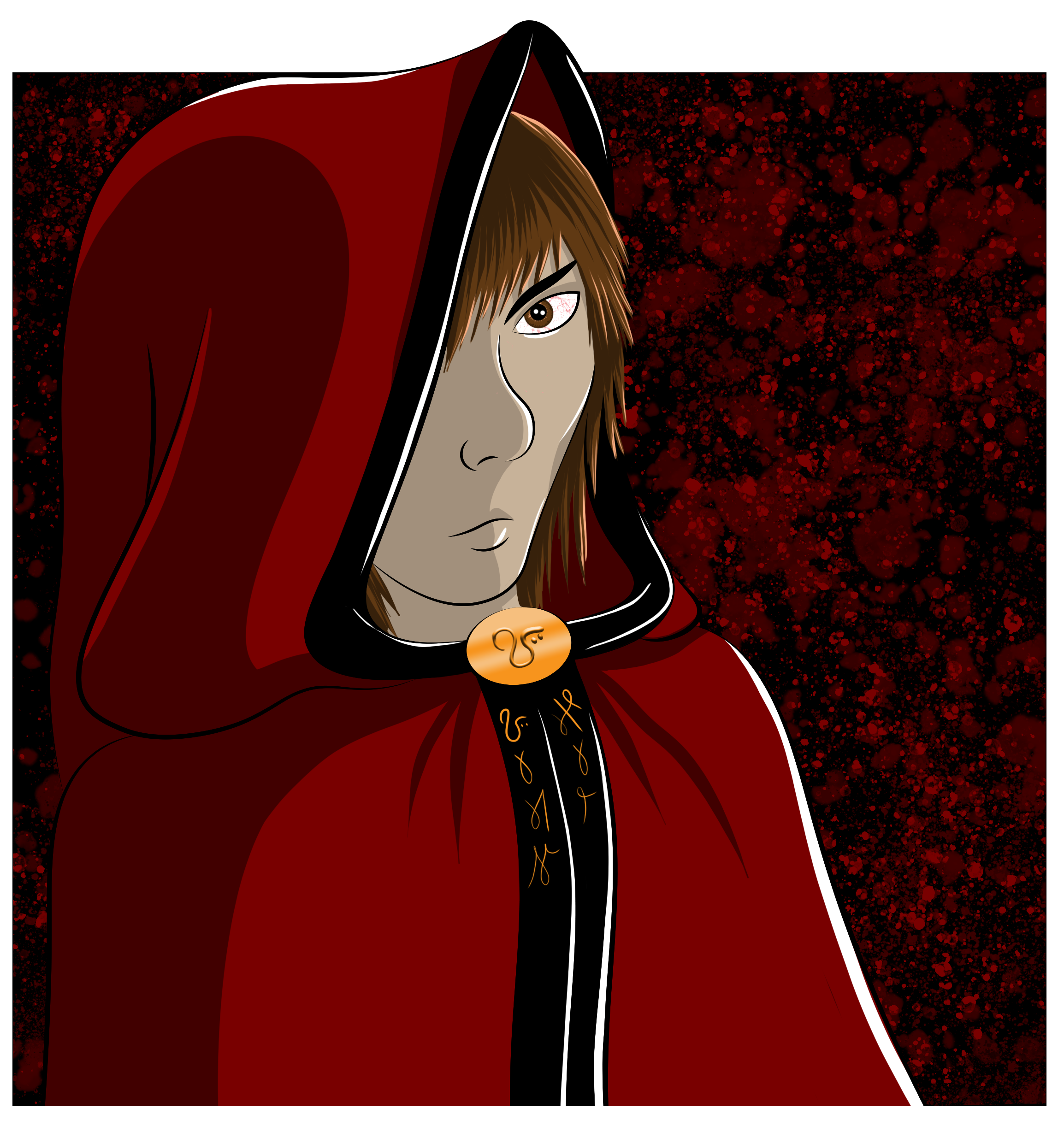 The bloodarts use the small bit of magick inherent in all living things to power wieldings. Most current bloodartists hide their affiliation because of the general assumption that anyone who practices the bloodarts are bloodmages. Bloodmages use human blood as the base of their wieldings, and have developed some nasty magicks to absorb the magick within. Their ugly reputation has affected how populations on Seari view anyone claiming a bloodart link. The only exemptions pertain to the holy orders that follow sylfaodolon that have a blood focus, like warsylfs, but even then, most cults have shied away from the bloodart link and found a secondary nature to describe their deity to potential followers. They still rely on bloodart wieldings, but hide their nature under more-pleasing names. 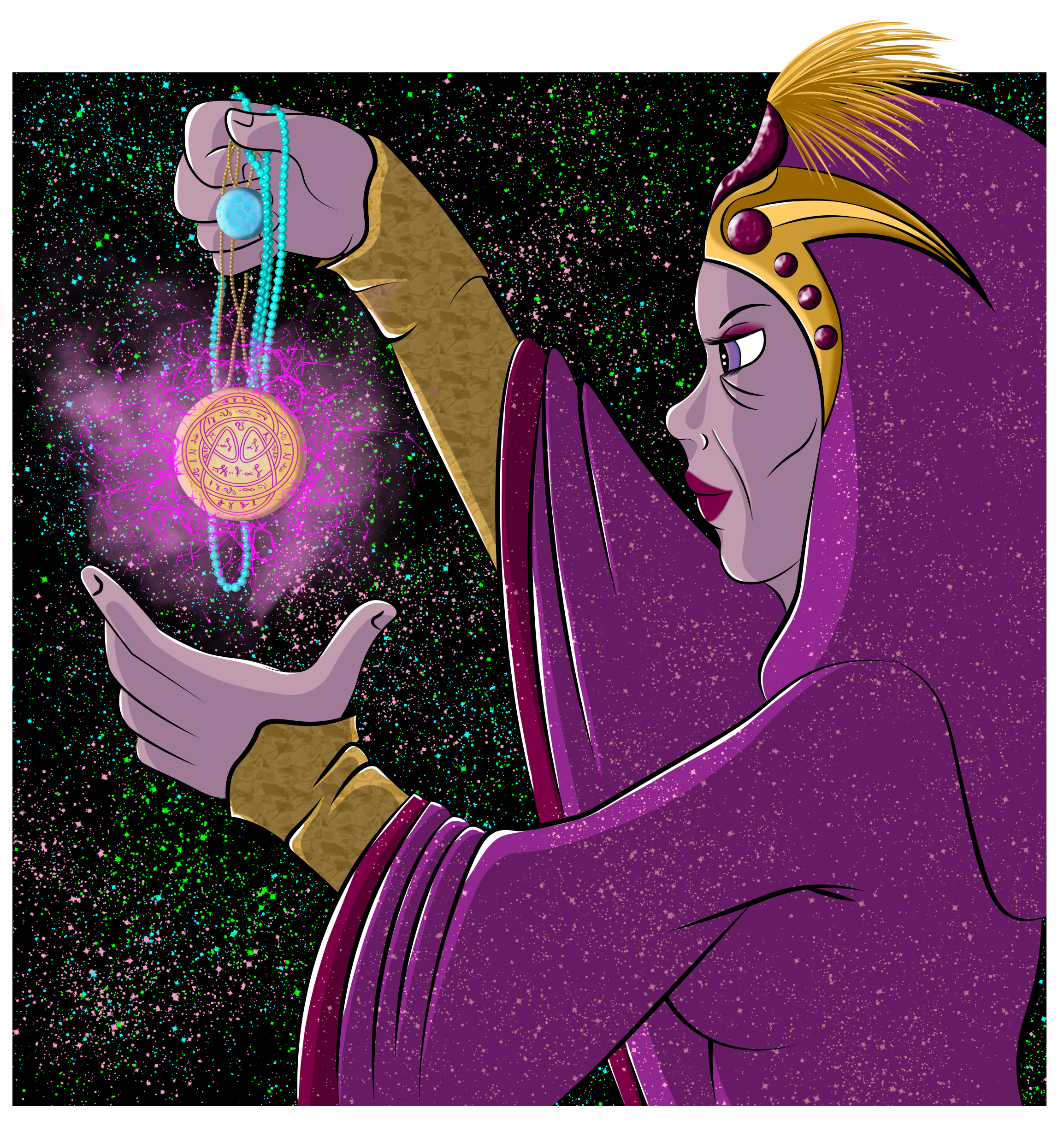 Conjuration deals with the summoning of twilight creatures. Not all twilight creatures enjoy the transit through the twilight mists to the sunlit realm, and their violent response to being summoned makes this field a dangerous study. Twilight magicks do not always play nice with sunlit magicks, and a great deal of conjuration study focuses on how to make the transition, and the final outcome, more agreeable to all involved.   Human conjurers do not have the best reputations, though they are not as reviled as bloodmages. Dragons and sfincks and sylfaodolon are known to employ twilight creatures as guards and pets in many tales, and they rarely have adverse interactions with them. 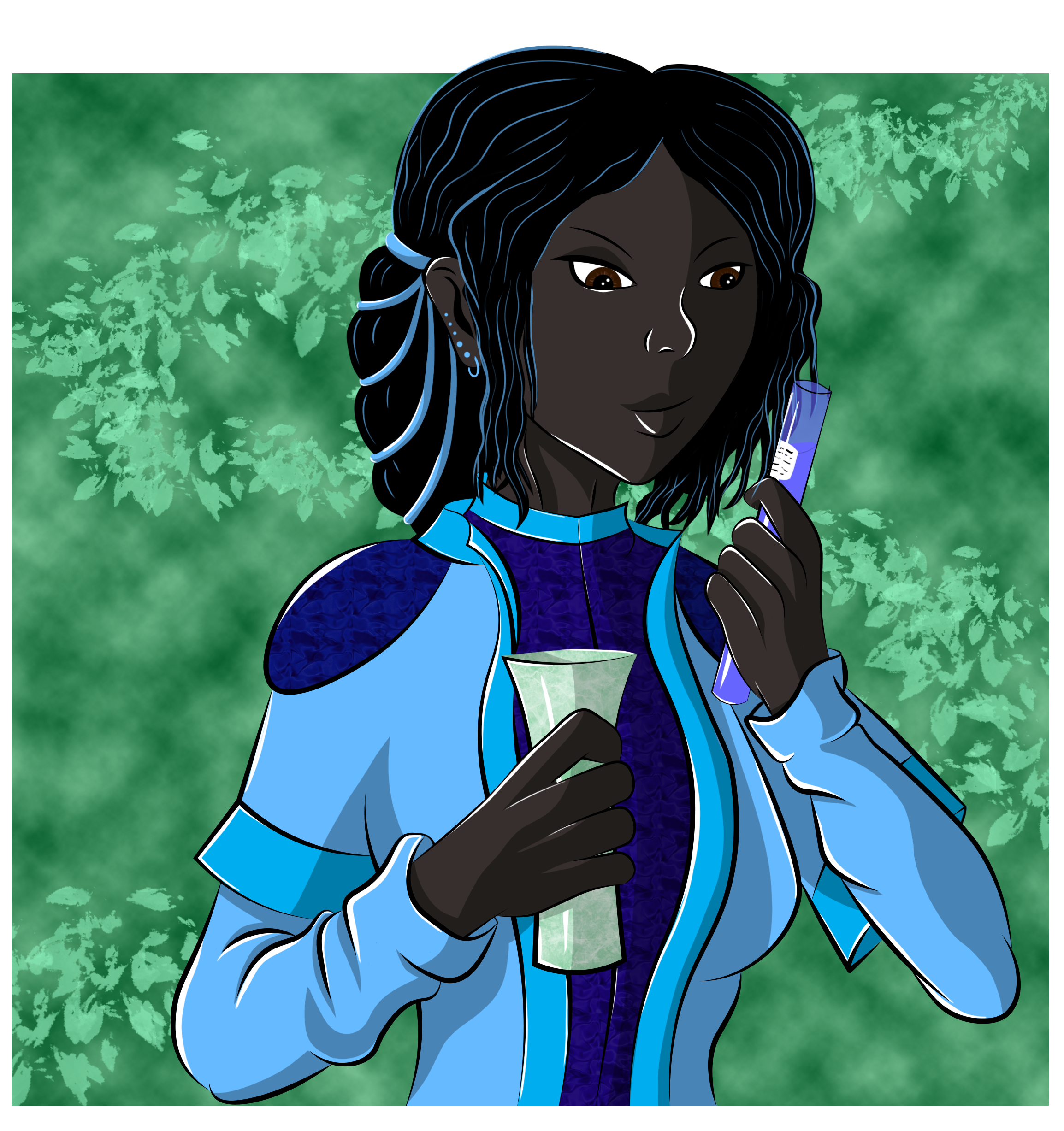 At one point, the healingarts were considered a bloodart, but 3000 years ago, when the Red Key began their bloody killings in the name of a defeated dragon, healers changed their magickal nature to Greenroot and the heartharts. Some chose the Earth Abyss, some the Light, but few remained wedded to traditional bloodarts association. Healers hastily formed new avenues of research to walk, with varying levels of success. Hundreds of years passed before healing with other focuses became as powerful as those related to the bloodarts.   The healingarts deal with injuries, wounds, poisons, and diseases. Healers who focus on diseases rarely study any other art, while those who focus on physical traumas almost always practice another one. Many hearth wielders become healers. While they do not have a lot of magickal power, no one has more skill in putting casts on broken bones, using salves and potions and such to heal minor injuries and sicknesses. More devastating injuries need a healer with enough power to knit the body back together.   Many elite institutions teach the fundamentals of the healingarts to all their students. Noble wielders like to dabble in them because they see it as a way to gain power and influence in courts, and many battlefield wielders learn something of the art out of necessity. Most refuse the intense study those who treat diseases endure. Learning to heal diseases takes a grueling in-depth instruction that most mystery artists are unwilling to endure, especially when other arts lead to as much money, without the training. Because of their relative rarity, disease healers are held in very high regard and usually work for municipalities or countries. 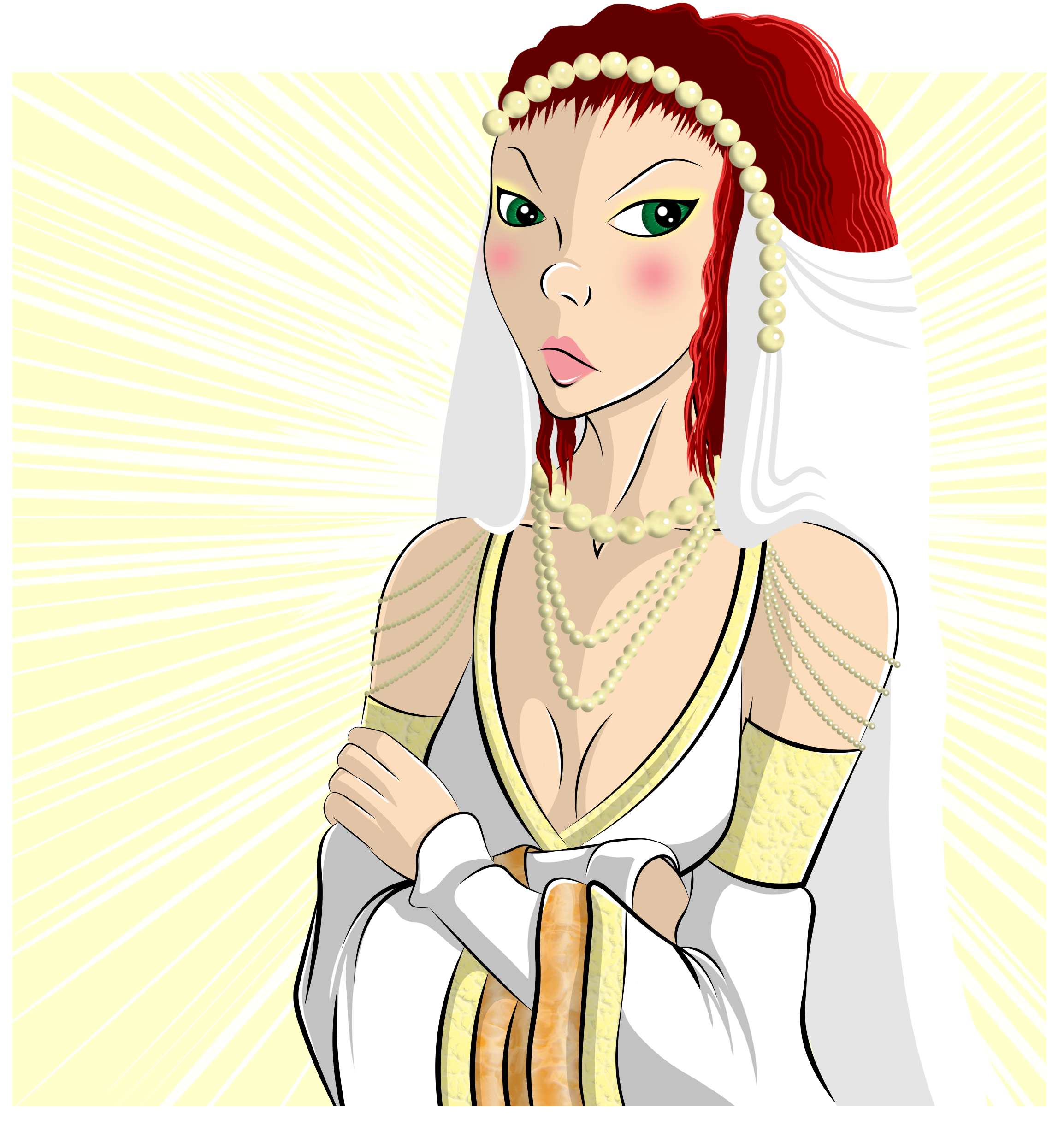 The lightarts crossed the sea from Yena to Seari along with the Ga Iniria, 5120 years ago. At that time, Seari had temple cities that employed some form of holy magick and a scattering of small, secluded academies that only taught the most gifted mystery artists. Academies varied greatly in what they taught and thought important, with no underlying structure agreed upon. The Ga Iniria sought to change that, and their influence smashed the previous system into unsalvageable chunks. They sent lightart wielders throughout Seari, to cast their influence upon the land itself, and attract practitioners through their show of strength. It succeeded, and the Ga Iniria became the founders of the modern mystery arts on the continent.   Lightarts differ from the shadowarts in that the magick's appearance is paler, but all spells wielded by shadowartists can be wielded by lightartists; holy magicks, war magicks, and the like. The lightartists from Condioh, however, have an affinity to the Greenroot through the lightarts, and this combination produces powerful siojhetioxh who can mold nature itself. Many modern cities have arisen around a marvelous natural wielding initiated by a Condi lightartist, and such settlements are considered supremely lucky.   Commoners associate the lightarts with nature and sylfaodolon, goodness and knowledge, which makes them the most popular type of magick. The reputation is ill-deserved, since lightartists tend to hunt down and kill powerful practitioners of the other types of magick (except healers). Their hunts have dwindled since the end of the Jonna Empire; too many died at the hands of shadowartists and subsequently, the lightarts' reputation began to slide in favor of the shadowarts. 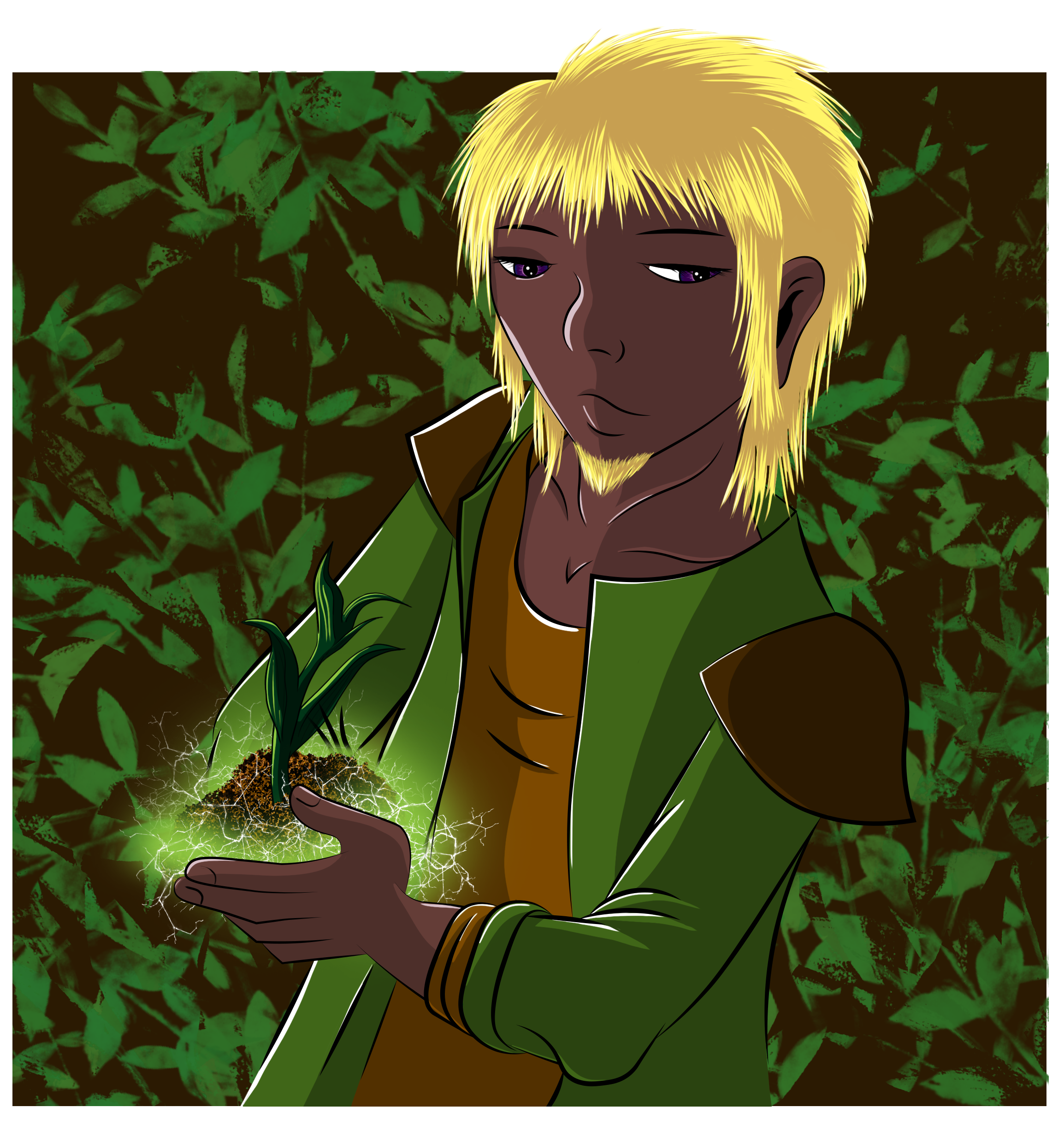 The heartharts refer to general magickal use, usually by the less gifted. It is a catch-all of ability, with a wide range of wieldings that fall under its mantle. Hearth practitioners can be healers, farmers, domestic servants, craftspeople and the like. The spells are varied, with multiple uses and strengths. Hearth wielders can mix a fantastically brilliant paint, or put a wielded shield about a hen house so predators cannot enter, or clear a dusty room within moments, or keep the temperature of a particular space constant. Most people consider them the most practical and useful of the arts, other than healing.   While the heartharts are mainly the purview of general mystery artists, they do have elite practitioners. Both men and women use them to style makeup and hair, and sometimes to change their appearance. Women, especially, like to wield spells that produce a wide variety of skin and hair colors, and not necessarily natural; for instance, many wielders in the Iovan court sport skin that has the pearlesque appearance of a seashell. 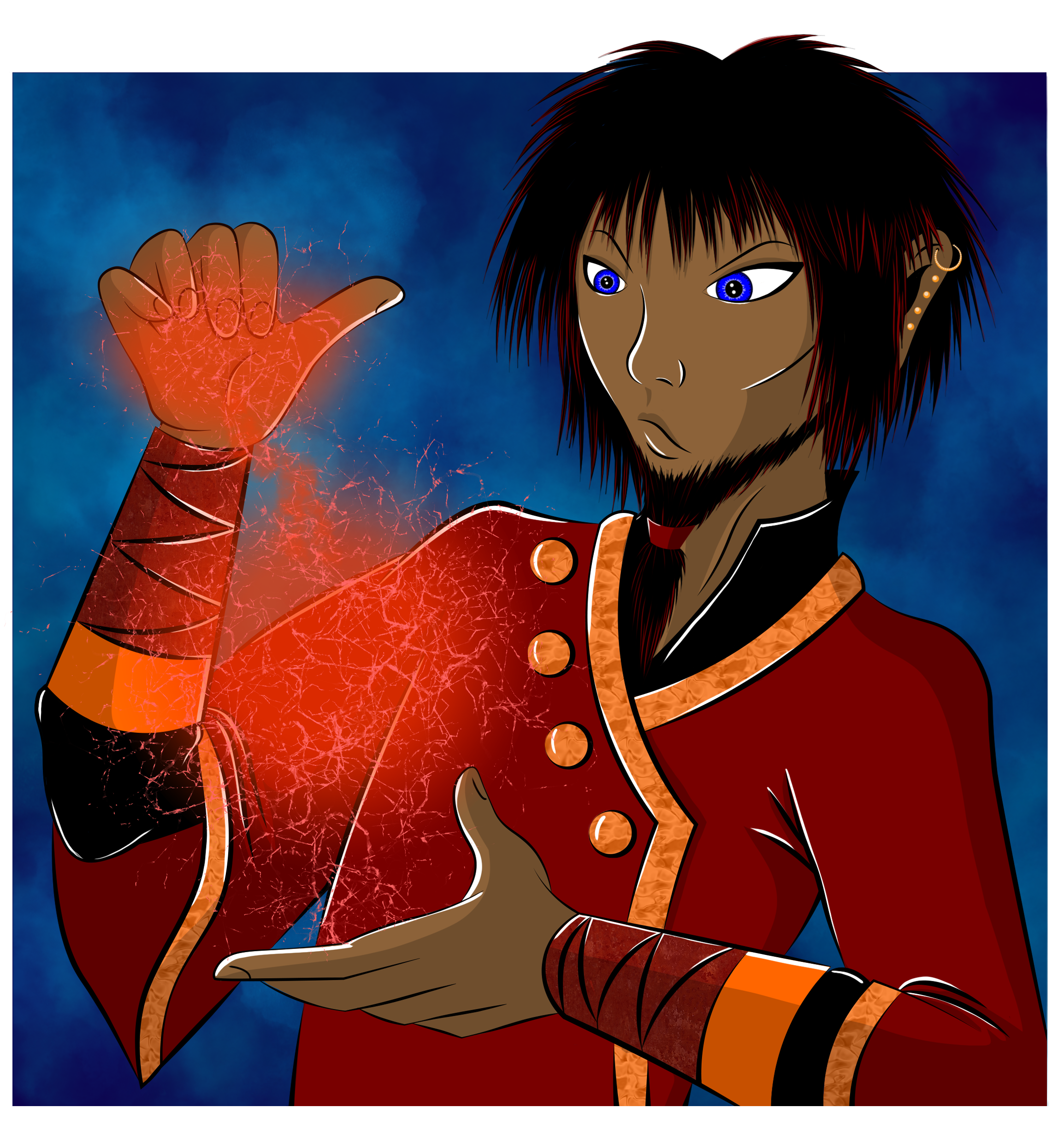 The shadowarts are a relatively recent development. Their creator, Muiodhin Muhiendhioh, sought a darker form of magick to investigate, and while he thought he had initiated something unique, most of the shadowarts repertoire is lightarts in origin. Of course, because their founder had a fondness for creativity, the shadowarts tend to a wider range of spells, each with several incarnations (the lightarts tend to have a rigid set of rules about which spells to use, and normally have a single, approved incarnation of each).   Due to the inherent creativity of solutions to magickal problems, the shadowarts are used extensively south of the Sea of Condioh, and every ruler employs several shadowartists to work in their armed forces and guard units. Holy orders normally have several in their followings, though they receive relatively little attention compared to their lightartist counterparts. Shadowartists have an easier time adjusting to the twilight mists, so their transitions using kick-portals cover far more distance than other mystery artists can manage.
Return to Top
Wellspring Dragons World
Liokaiorioh, The Sorcer Dress
Magick
The Nine Abysses