The liokaiorioh is the official uniform of the most magickally-gifted academic and governmental mystery artists. It quickly identifies these siojhetioxh as powerful and politically-connected. Most commoners assume those who wear it are from noble families.

History
Over 5200 years ago, the Ga Iniria fled from Yena to Seari after a volcanic eruption. While they gratefully made a home on the new continent, they did not find the peoples particularly enchanting. They saw the shadows in their spells as proof that they wielded inferior magicks. They spent millennia searching for a simple way to emphasize the superiority of their lightartists.   Various items were used over the ages by the Ga Iniria and their descendants, the Condi, to highlight their magickal power. Wands, staves, crowns, necklaces, rings and the like came and went. Nearly all were linked to a fashion or battle statement, and when that particular item fell out of favor, so, too, did the power it represented.   Two thousand years passed before an appropriate embodiment of siojhetioh power became widely adopted--and it began as a mistake. The leaders of the Sage Mystery Arts Academy tasked a recent graduate with an eye for fashion,Teolioh qua Velthioh, to design a uniform for their practitioners. She used delicate, free-flowing materials as a basis for her creation, often employing transparent fabrics for sleeves and skirts. Appalled at the scantiness, the leaders nearly banned her, and in a panic, she pointed out that strong siojhetioxh maintained shielding and temperature through their magick. Only the most powerful could wear the uniform and remain comfortable and unaffected by the elements, no matter the environment.   Enchantd by the idea, the leaders accepted the uniform. The liokaiorioh was born.   The garment spread quickly through the Condi magick circles, and became a staple addition to siojhetioh wardrobes. By the time the Jonna Empire conquered most of Seari, no noble mystery artist appeared at official functions without wearing one.
all artwork by Shanda Nelson 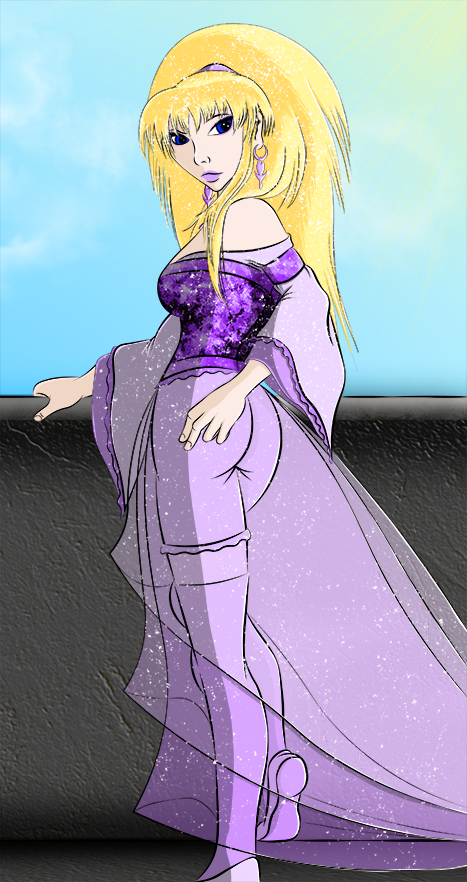 Plainer liokaiorioxh, with more opaque fabrics and less ornamentation, are worn during group indoor work sessions or by commoners who are either too shy or too practical to follow the noble lead.

The liokaiorioh's current incarnation originated at Mariohelle Shadowarts Academy, in Shayd, Illena. The style spread through the Jonna countries before arriving in Condioh, where academies and governments quickly implemented it.

There is no "official" color or decoration, which allows individual artists to design their own look. Many prefer to have at least one uniform that represents their institution; for instance, a siojhetioh working for the Illenan throne will wear a liokaiorioh in royal blue.   While transparency means magickal strength, and many fabrics leave nothing to the imagination, bodices and the short skirts/shorts are always opaque.
Sleeves go in and out of fashion. Often siojhetioxh will wear bangles, bracelets, and armbands in place of them; anything that shines, gleams, or glitters is acceptable.   Some nobles wear thin-soled slippers, and keep their feet unbruised through the use of shielding. This is a personal choice which does not work well in adverse environments. Embarrassing slips, slides and falls are common. 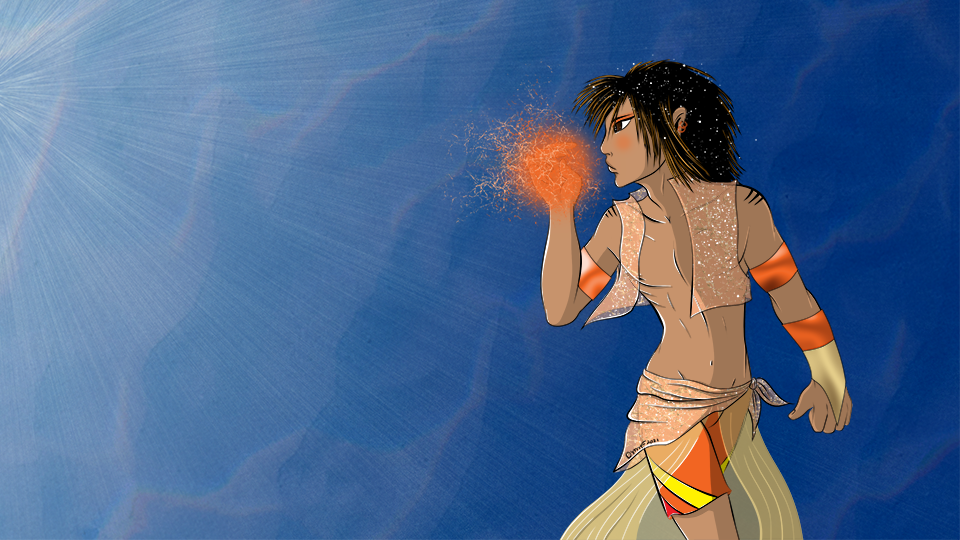 If you see a siojhetioh with a pot-belly or thick legs wearing a liokaiorioh, stay clear. They're too powerful for other mystery artists to ridicule into a richkaiorioh.
~wise Naowhyn village elder
Glitter has become a staple decoration worn with the garments. Nobles usually sport some sort of elaborate design, but they never leave the house without glitter. Glitter is supposed to be magickal, created by the siojhetioh wearing the uniform, but most use physical sparkles, which are combined with an adhesive and sprayed upon the clothing. These sparkles shed everywhere.   "If you need a siojhetioh, follow the glit."
~annoyed housekeepers everywhere
Spelling uniforms for temperature and element mitigation is considered a grave no-no. Wearing a liokaiorioh should highlight the depth of a siojhetioh's magickal well, and this only happens if the mystery artist is constantly monitoring their environment and making minute changes to coincide with it.   In practice? The mantra is, "Don't get caught."
Once siojhetioxh consider themselves too old (or too unfit) for the liokaiorioh, they often wear a modified uniform called the richkaiorioh. It consits of a sleeveless dress similar to what is worn under religious robes, with filmy, full-length vests over it. A sash holds everything together.

Liokaiorioh Use
Most academies and governments once part of the Jonna Empire require some verison of the liokaiorioh uniform. These institutions believe the garments reflect the strength of their wielders, and noble mystery artists are enchanted with that idea.   Commoners believe it silly, to freeze to death in deep snow because one's noble parents think a skimpy outfit means magickal power. Much to elite annoyance, tales abound of siojhetioxh death due to sunburn, heat exhaustion, and hypothermia. In reality, few have died; it is far more embarrassing for families to have their wielders succumb to the elements than to have them wear a coat and pretend it's a fashion statement.   Despite such derision, Seari peoples, both noble and commoner, recognize that a wielder wearing the liokaiorioh is a siojhetioh and, therefore, a magickal force. That does not necessarily mean they are skilled, only that they have the raw wielding power to turn a non-wielder to ash. 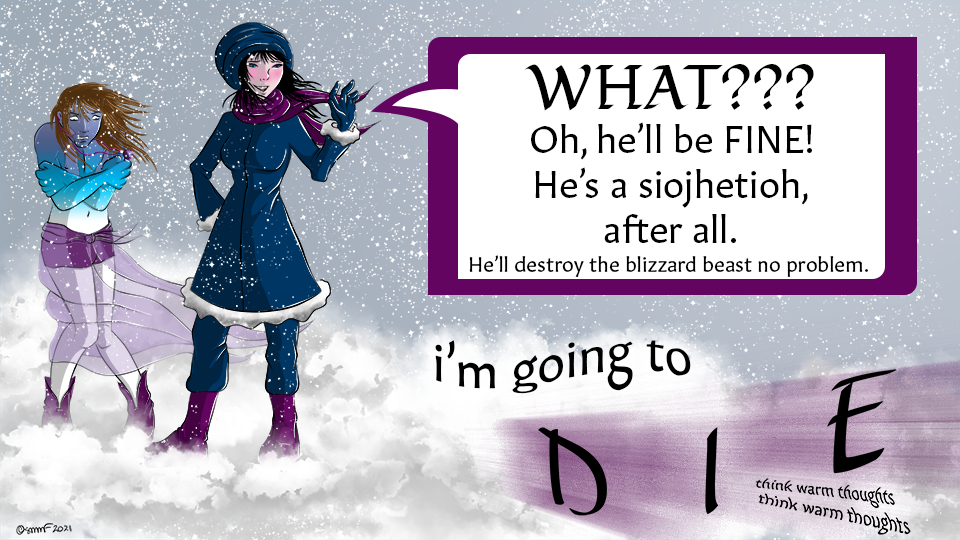 In the middle years of the Jonna Empire, siojhetioxh decorated their uniforms and their skin with designs created from magick. During social events, rivals would take any opportunity to break these wieldings, attempting to embarrass their target and, by extension, their families. Both practices persisted, though modern mystery artists apply physical makeup and designs beneath the magicks, so if they are broken, no one will notice (hopefully).

A few countries, such as Soline, reserve the title of siojhetioh for female shadowartists who work for the throne. While they are expected to don the liokaiorioh, their male counterparts are not. Some men follow tradition anyway, because they see the uniform as a simple way to silently declare their power. Many of these outfits are more elaborate than the traditonal ones but only worn at official functions.
Return to Top
Wellspring Dragons World
Magick Items
The Puzzle Spheres

Great article! I really love the idea behind this :D It's ridiculous but at the same perfectly logical and a very great piece of worldbuilding that reveal a lot about those people's culture.   "The leaders of the Sage Mystery Arts Academy tasked Teolioh qua Velthioh " Who is she? A famous seamstress? I think you need to introduce her (just saying " a famous seamstress" or something like that would be enough).   "The garmet spread quickly through the Condi magick circles" you have a typo at garment here.   "The style spread through the Jonna countries before arriving in Condioh" Not something necessary, but if you want you could add a map here showing the regions who adopted the trend.   "If you need a siojhetioh, follow the glit." and "If you see a siojhetioh with a pot-belly or thick legs wearing a liokaiorioh, stay clear. They're too powerful for other mystery artists to ridicule into a richkaiorioh." I love those XD   "Wearing a liokaiorioh should highlight the depth of a siojhetioh's magickal well, and this only happens if the mystery artist is constantly monitoring their environment and making minute changes to coincide with it. In practice? The mantra is, "Don't get caught."" I love that too :D How tiring is it to maintain that magic, even for those powerful people? Because that's still a waste of magic that could potentially be put to better use. And for people not that powerful but who still belong to those noble family, they could potentially exhaust themselves trying to appear powerful and not have any energy left for anything else :p - this is just a comment, not a critique, I really find it funny XD   Could anyone tell if other people are cheating and using enchanted clothes instead of their own magic? Is there a way to detect that?

Thanks for the input and catching the typo!   You are right about the power drain :) But for nobles, appearance is more important than reserving power. As for whether one can tell if another siojhetioh is cheating? The most powerful can tell by studying a rival and figuring out the amount of energy they are using compared to what they should be using. This requires them to have spent time watching their rival practice,however. Otherwise, noble siojhetioxh assume everyone cheats.

Great article! You created some very nice images. I especially like the last one :p It is a funny belief that people think the siojhetioh would die that easily. I think you have a very lovely layout as well.   The fact that there are also some siojhetioh who refuse to wear more age apropriate clothes :p It was a great read!

Thank you very much!   I like the last image, too. It took me a few days to get him to look really cold, though. Drawing someone who is freezing is harder than I imagined!

Yes looks pretty good! But the see through effect of the drawings is also pretty well done ^^

Glitter is the worst! :)   The formatting and aesthetic of this article are lovely. "Think warm thoughts" - I love it. I like that your article reveals a lot about the cultures, focusing on the influence and spread of the outfit and its cultural significance.

Thank you! I'm happy it looks good! I always worry about that; it's probably why I revamp when I can.

Always love it when someone manages to bullshit their way out of a tricky situation, especially when it has hilarious consequences!   So in return, would wearing thicker clothes be a way to pretend you're not as powerful as you really are?

:) Glad you like it!   Since a liokaiorioh is a uniform, even if one made it from thicker material, the person wearing it would still be considered a siojhetioh, who are among the most powerful magick-users in Seari. Their peers would look askance and mock them, but they wouldn't necessarily be considered less powerful, just fashion-dense.   The siojhetioh are also a particular brand of mystery artist; there are a multitude of different schools and organizations throughout the continent, and most wear typical robes and uniforms and clothes. A siojhetioh could wear the typical, but then no one would consider them a siojhetioh, and the benefits of rank would be lessened (free meals from awed commoners, the finest lodgings during travel, etc).