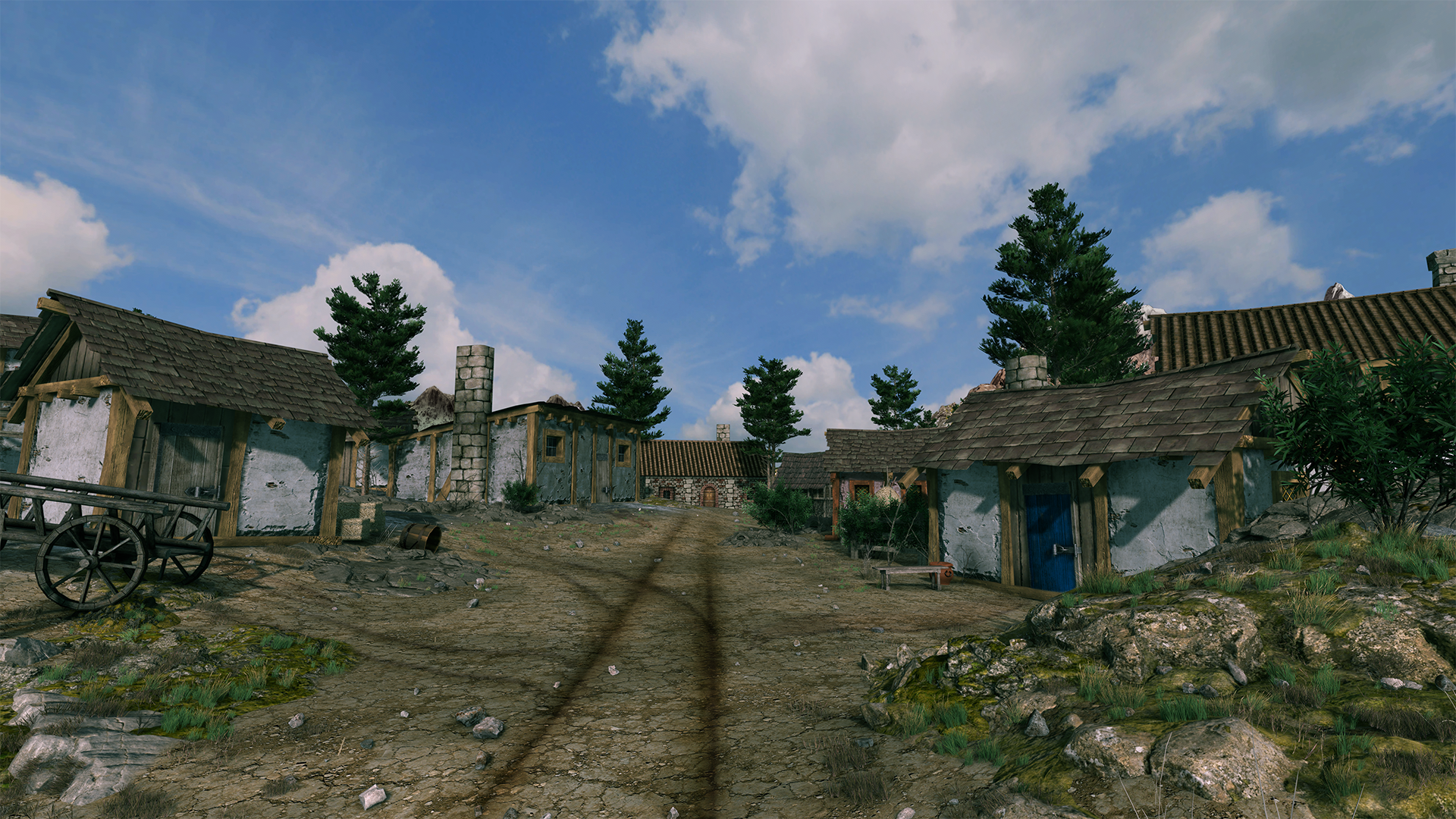 Greyns, facing the stone jail
All artwork by Shanda Nelson unless otherwise stated
Greyns is a village in northern Merren, near the Oritan border. While it rests on the Dikalari, it is not a major destination for any traveler.
Country:
Loc. Gov.:
Langauge:
Pop: 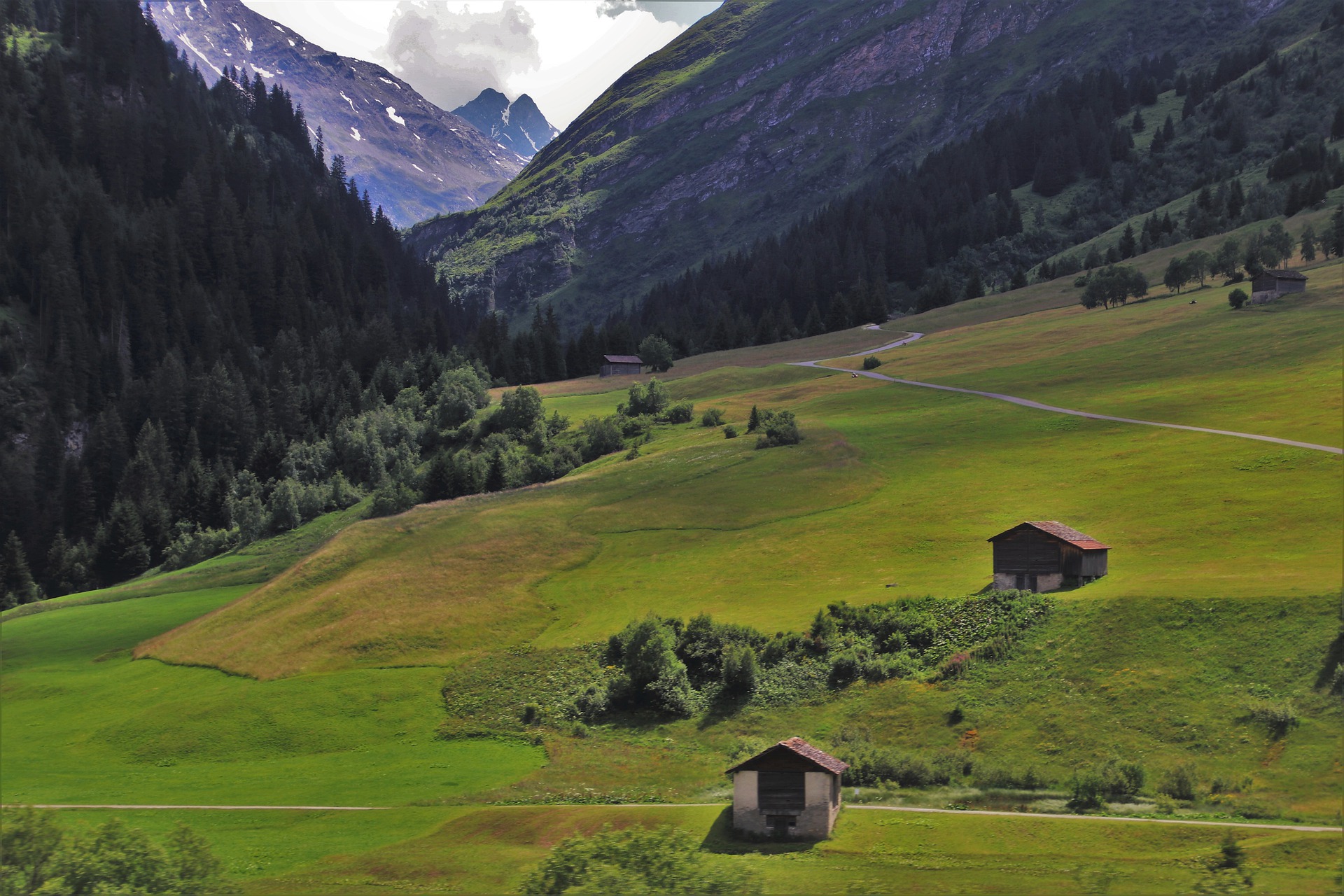 photo pasja1000 from Pixabay
History
Greyns began as a water stop for pilgrims and caravans traveling the Dikalari. A lush timberland to the north drew woodcutters and farmers moved to richer farmland found between forested patches to the east and south, but the town proper remained near the Red River until the Jonna Empire stormed through. Military leaders forced locals to sell water to soldiers for far less coin than pilgrims and traders, and in an act of resentment, they abandoned their stores and moved away from the water source.   The villagers remained aloof and suspicious of all things Jonna, and when the woodcutters began to disappear around the same time the empire attempted to cut through the Bane, they blamed the Condi for angering the sylfaodolon. They sowed their resentment in other villages and hamlets in the area, and the small acts of rebellion against the conquerers annoyed the military leaders enough they had their troops skip the place when traveling between Hallow's Bend and Hendelven.   Once the military stopped supporting local stores and businesses, the village nearly died. Residents left for richer pasteurs, leaving a stubborn few farmers behind.

Modern Times
Greyns slogged on as a small farming community, slowly growing in population as caravan travel between southern and northern Merren increased and traders needed a place to stop. The village proper had just over five hundred residents, with another five scattered through the farmlands to the east and south.   When the despot claimed the throne, it had become the largest village in the area. Unlike other rural community centers, the despot and his advisors left it alone; a market sprung up on the nearest crossroads, and people sold wares and produce in the relatively safe space.   Relative was the word; disappearances were always high around Greyns, especially among travelers. Locals gossiped that the long-dead woodcutters haunted the northern forestland, and preyed upon the living in retaliation for the Jonna Empire not revenging their deaths. While the nearby communities used the market, their residents refused to go anywhere near the town after dark.   After the Illenan invasion in 5116 AGI, the market moved from the crossroads and into the village proper, as most people felt more comfortable in a populated space. The mayor set up the square as a local trade hub, and sellers offered eggs, meat, produce and rough-spun cloth. Bartering was more common than purchases with money.
When the mayor met with a nasty accident, people gossiped about the bad luck, and rumblings about moving the market began. The discontent did not see fruition until Shiobe exposed the touch of local bloodmages on the village. Disturbed and anxious about becoming a bloodmage snack, countryside folk began to look for another community in which to sell their wares.   And some wonder, if any village in northern Merren is safe. 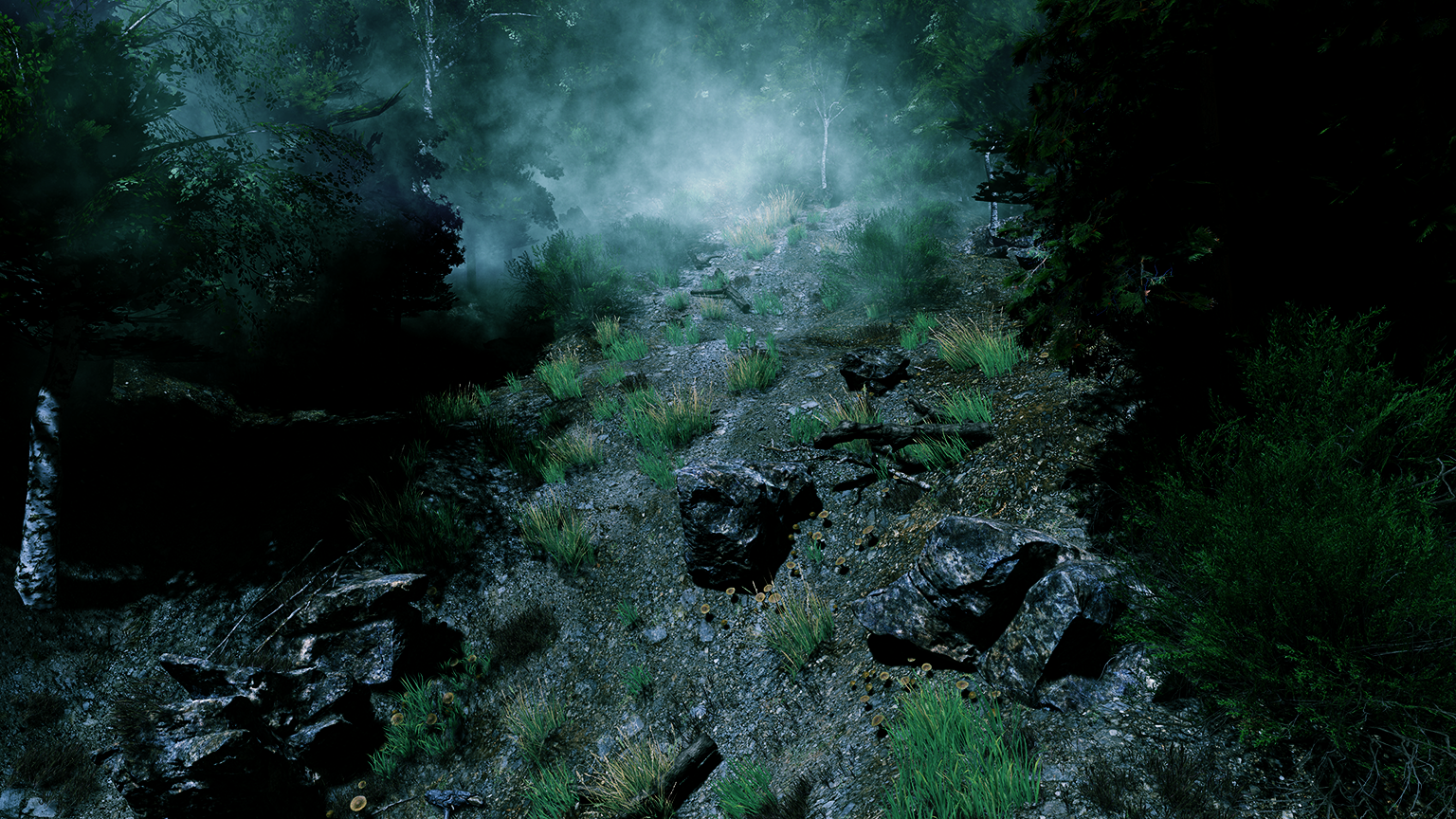 Night in the Greyns forestlands, north of the village
The area surrounding Greyns had many a dark tale about the forest north of the town. The residents even stopped using its proper name, just referred to it as "the Forest". While a few hardy settlements rested within its borders, most locals refused to enter it. It was a dead, silent place to them.   The Forest had no game and few fishing opportunities, so hunters never bothered with it. Fearful peasants avoided collecting wood within its boundaries, and no farmer cleared the land for fields. After word reached the more rural places that the Illenans had killed the despot and his bloodmage support, suspicions about the true nature of the Forest grew. Despite the unsavory conclusions some made, the distrust of the Illenans kept them silent about their fears.   Illenan scouts died. More and more travelers and locals died. How many loose tongues stayed silent due to intimidation? How many stayed silent due to bloodmage loyalty? Who can say.
Return to Top
Wellspring Dragons World
Merren
Merren
Oritan

I like the concept, and it is written well. Left me hanging on the cliff... where are they going to move it? Will that be safer or just attract the same fate? Can i get a fish taco there?

:) Glad you like it! Greyns is an oddly major player so far in the Wellspring books. I'm trying not to give out spoilers since the last half of The Glass Volcano takes place there and in the surrounding area.

No worries, and thank you... I didn't realize it was a book series until after snooped around a bit more :P I'll definitely be starting to read it soon...

What comes after 0?
Powered by World Anvil