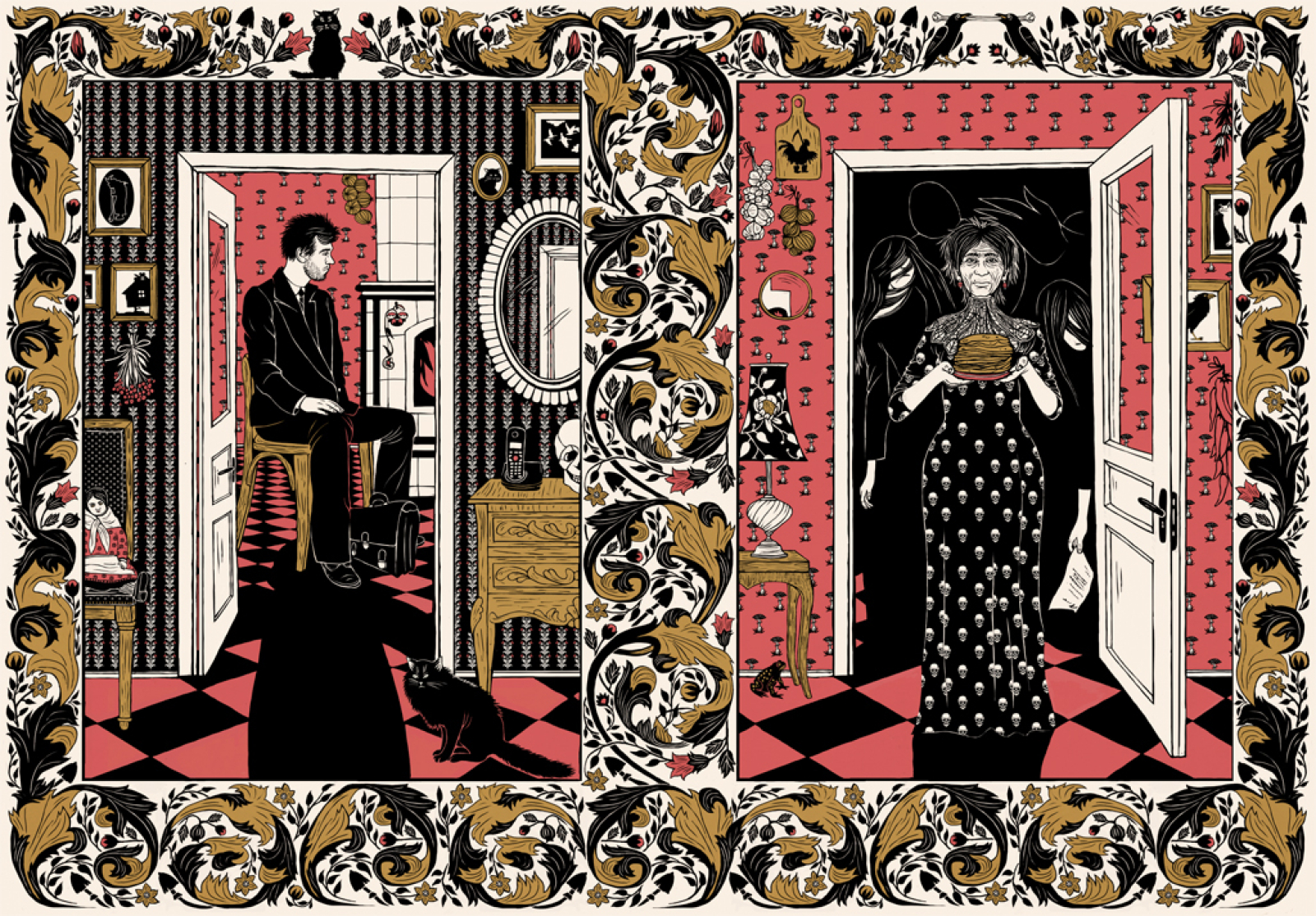 The Gift of Tall Tales

Once upon a time... Those four words are capable of causing anyone to lean in just to make it easier to hear the rest of what the speaker has to say. We have been driven by stories for most of our existence. It would seem that it's one of the first things we ever learned how to do.
Even before the invention of the wheel, we painted stories on the walls of caves. Native tribes began a tradition that would be kept alive to this day by campers who would often leave the best spot around a camp fire for the storyteller.
It goes without saying that we value stories, but in The Web a story can go even further. It's exceptionally rare, but there are groups who utilize what they refer to as The Gift of Tall Tales. It is gone by many names over the many centuries of its practice, but the power of lore, or simply a legend, can bestow some unique qualities upon those the story is centered around.


What is The Power of Lore

To put it simply, the power of lore is nothing more then constructing a legend around a subject and allowing that legend to grow to the point to where these legends, no matter how unrealistic they may seem, become fact. If enough people believe you can dodge bullets, then maybe you can. If a weapon achieves legendary status due to its power or the actions of its wielder, overtime, it may develop abilities no one knew it had. To fully understand this gift, one must look not to power one can gain, but how they gain it.

There are two ways to use the power of lore: Internal and external. These two types are further broken down but are essential to understand before we can do so.


Both of these methods can be further broken down into two distinctive types. Abstract and concrete. Abstract means that it is the concepts and implications behind the lore that matters most. This method is used by The Memento Initiative and The Storytellers. Concrete is literal and based on eyewitness accounts, usually based around those who possess The Candlelight. This is used by The Black Betties and also most legendary objects.
Type
Metaphysical, Supernatural

The weapon must always be described perfectly. Any changes must be made small over long periods of time, and must be consistent with every description upon deciding to make that change. Legendary weapons are known to be extremely fickle. In this particular case, new wielders will often find that in the first year of their new position, the Betty will break. This is intentional on the part of the Betty. Many Legendary Weapons exhibit a pseudo consciousness and seemingly are alive even though they are not. The Betty does this as a way of testing the new leader. It wishes to know whether the new leader can cope and survive without it. This is also the way in which the Betty alters and changes its Legend on its own terms. Every new leader has added something to the weapon upon forging it anew. This allows an unmistakable change to occur and the weapon still maintains all its abilities.

Almost every Storyteller has a rabbit's foot. The reason behind this is not merely to capitalize on the superstition around it, but it is also a reminder about how powerful they can actually be. Using a rabbit's foot as a talisman grants the storyteller exceptional amounts of luck which bolster the will they use for their abilities. Storytellers have been known to cause problems in the past, including causing natural disasters from the stories that they tell. The rabbit's foot is used as a light preventative to help prevent catastrophic failure of the stories they weave

Lore that internally abstract is solely used by The Storytellers who tap into the collective unconscious and the very concept of a story to gain power. The storytellers often use newspaper clippings and magazine cut-outs to actively build stories themselves by using stories that are true. A Storyteller has learned how to take words from a newspaper article to create a fictional story, which becomes true. They can also utilize folklore and stories that are ancient to gain power by reciting key phrases in the story. A storyteller who recites the giving of Excalibur to King Arthur by the Lady of the Lake may materialize a magnificent blade reminiscent of the weapon.

Almost every legendary item, regardless of what it may be, has internally concrete lore. This is by far the hardest lore to gain, but the most powerful. While internally abstract lore can be done remarkably quickly, its strength is reliant on the willpower of the individual using it. By using internally concrete lore, the power is never truly in question, nor does it fluctuate. It is solid, it is concrete, and it is fact.

Legendary weapons and artifacts often come with abilities that can be tapped into by those who possess the candlelight. One can even go to lengths to create such powerful objects, though the process can take a considerable amount of time, or at least a considerable amount of effort. Such items include Kindness, a knife that can feed on the blood it spills to grow sharper, and heal its user.

Externally, concrete lore relies more on eyewitness accounts that can back up key parts of a legend, while leaving other elements in conflict. The Black Betties utilize this method the best. Their members utilize trigger phrases like "I could be wrong, but" - "I believe," - "If I remember correctly," and any other phrase that calls into question the validity or accuracy of what is about to be said. Once the trigger phrase is used, the individual will then give whatever information it is they deem necessary to give. It could be an event during that member's time in the organization, an origin story, or simply a list of what they are capable of.

These abilities will begin to develop over time as people talk about the organization and its members. Those who possess the candlelight are almost a necessity for this method, as they are more willing to believe the more fantastic elements and call into question conflicting information that is mundane, the trick behind how this method works. By keeping the abilities concrete but all the other information fluid, and ever-changing, more and more people will believe they truly do possess the abilities that they have.

Over the years this has become a quick process. The Black Betty's are the most famous organization in The Web, and most other organizations are more than willing to help them out with their legend by talking about them and sharing stories they have heard. This can capitalize on changes that happen as the story gets told as well. When Beatrice first became the leader, The Black Betty would hit its victim at full force like a ton of bricks. As the story progressed throughout the web, it evolved through hyperbole and insufficient remembered details. A year later, the weapon could hit like a freight train. This process can happen so quickly that new members often reach full adoption of their persona within a week of joining the organization simply because most people in The Web are aware of what each persona can do and what they are known for.

Extremely abstract lore is based on the beliefs and understandings of information on the part of others. It is heavily reliant on innuendo and implication. This is almost never used, as to do so would break secrecy. The Memento Initiative is the only group who use it. The organization is composed out of exceptionally skilled serial killers. These individuals will achieve their goals by hunting their targets and killing them in the most exceptional or the most unbelievable ways. By achieving seemingly impossible feats, and doing so repeatedly, they might gain abilities that make those feats significantly easier to achieve.

A member may go out of their way to obtain copies of the key to every house they kill someone in. They will sneak in and wait for their target to come home before killing them. When their target is dead, they will leave the house but make sure that every window and door is locked. The media will report these strange occurrences, and while it's no stretch of the imagination that the killer possessed a key, the weirdest part is they decided to lock it when they left.

Overtime the killer may not need a key, developing abilities from their infamy that allow them to automatically unlock doors or simply teleport inside the home. The process of developing this type of lore is unpredictable, as you're not entirely sure what abilities you will get. It can also take considerable amounts of time as reputation and continuous repetition is required. This repetition is even required after the fact, and must be maintained in order for one to keep the abilities they have gained. .

You have a very unique magic system and I am enjoying reading as it unfolds across your articles. Well done

=O thanks so much! I appreciate that. I usually try to approach each "school" of magic differently, though I don't have many set up for the web yet. Thanks again man. ill be sure to spot you back!