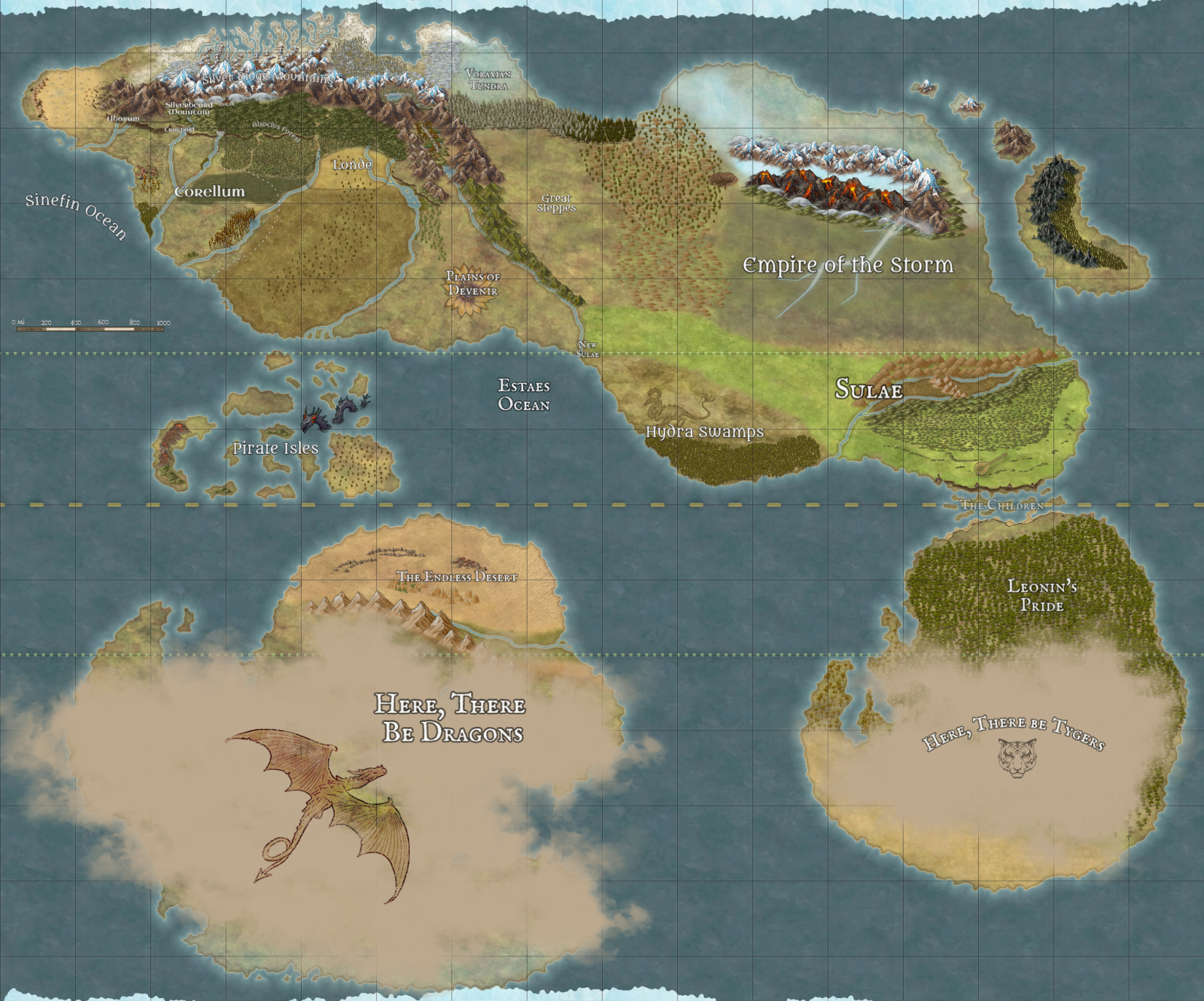 We were in the northern reach of the Alsocius Forest, on a job for the dwarves up in Ferbardin. Seemed they'd lost some people, and they needed us to figure out how. Well, we fanned out a bit to cover some ground - standard stuff, everyone kept the people to their sides in sight, but maximizing the ground covered. That turned out to be a mistake.

Kheli was closest to the ridge, and was sweeping the ground and the rocky slope. I was next in line, so I saw some of what happened. Some will say that it was his own fault, but that beast was near invisible up there - I doubt any of us would have spotted it. I was sweeping my area, and every couple of seconds my gaze would hit Kheli. Well, one look and everything was fine. The next, I saw that thing leaping through the air, just about to strike. It must have come from a group of rocks about 30 feet up, and it jumped the entire distance and knocked Kheli down before he knew what hit him. Kheli was probably already done for, but for good measure it bit down into his neck and gave it a good shake. This all happened in barely a second or two before I sounded the alarm. As the other dwarves came running, I hefted my axe and moved in. The cat hissed at me, and started to drag Kheli back up the slope. Even hauling poor Kheli, it moved up that slope faster than any of us could, and disappeared into a cave in that rock formation.

We did eventually catch up to it, and put it down, but it was too late for Kheli.

The snow leopard's fur is whitish to light grey, with dark grey or black spots around the head and neck and large rosettes on the back, flanks, and tail. It has a domed forehead and short muzzle with large nasal cavities. It's body is stocky, with four short and powerful legs and a long tail. They typically weigh 100-140 lbs, although some have been recorded at over 150 lbs.

The Alsocian Snow Leopard is found is the Alsocius forest. They primarily are in the northern reaches, where the forest meets the Fermith Mountains , although they can be found throughout the forest.

The Alsocian Snow Leopard is the apex predator in the forest. Deer and elk are common food sources. They can drag quite heavy prey, and will usually take their kills back to their dens to eat.

Snow leopards have keen senses of smell and sight, and average sense of hearing. They have an exceptional sense of balance. 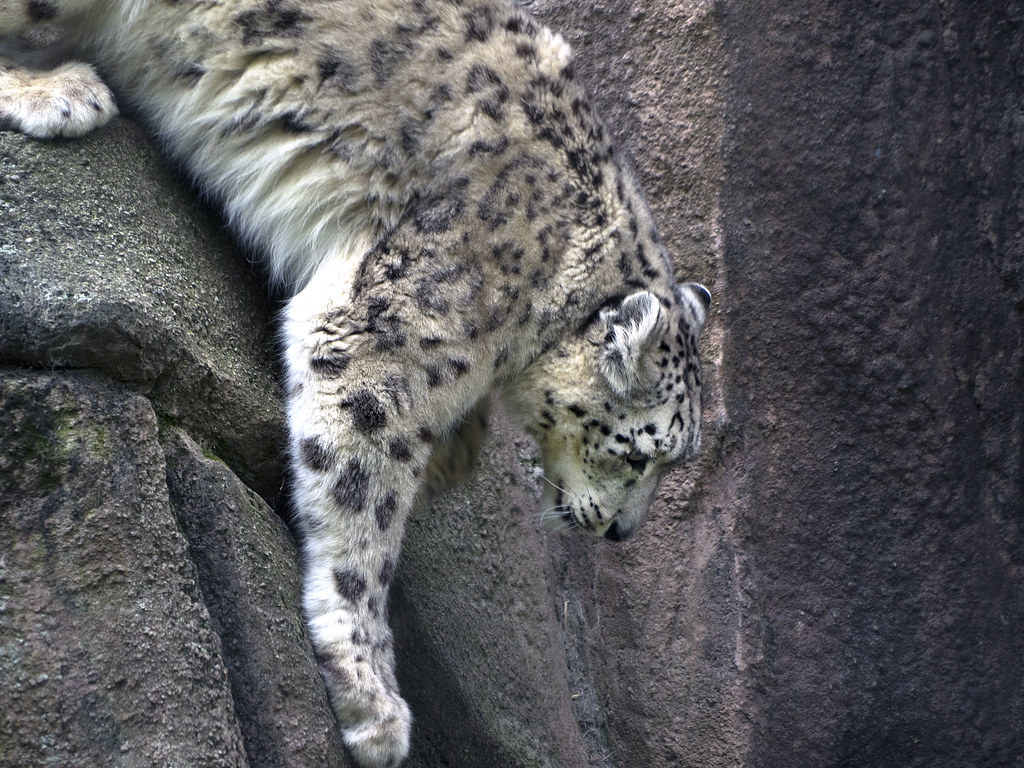 "Potter Park Zoo 05-19-2015 - Snow Leopard 9" by David Ellis
The Alsocian snow leopard, mid hunt
Armor Class: 12 Hit Points: 13 (3d8) Movement: Speed 50 ft., climb 40 ft.   Leaping: The snow leopard has advantage on Strength (Athletics) checks that rely on jumping. They can jump up to 50 feet with a running start. Pounce: If the snow leopard moves at least 20 feet straight toward a creature, or can leap from at least 10 feet while dropping five and then hits it with a claw attack on the same turn, that target must succeed on a DC 12 Strength saving throw or be knocked prone. If the target is prone, the snow leopard can make one bite attack against it as a bonus action.
Scientific Name
Panthera uncia
Geographic Distribution

Answering: "Write about an apex predator in your world. How does it hunt and survive?"
Visit darthcredence's Competition Page Check all other answers to this prompt Competition Homepage
Join The Terrene Discord!
Cover image: by Chance Rose
Article template
Species
World
The Terrene
campaigns
The Terrene and the Empyrean