Frank leads a gang of outlaws called the Mendicants, who have dedicated themselves to keep the countryside free from bandits and dangerous beasts.

Ugly and brutish, with a crooked nose

Stout and burly, but not very personable

Knows all of the best places to hide in the Beyhill area, as well as several "discrete" ways in and out of the city. 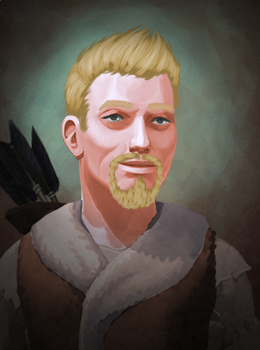 Leads a pseudo-religious group of bandits who call themselves the Mendicants, who collect "tithes" from travelling merchants in exchange for keeping the highways free from beasts and bandits.

Remove these ads. Join the Worldbuilders Guild
The Jolly Chestnut