Salt Delirium is a disease that has recently begun to show up in the population of users of an illicit drug known as "Salt". Salt is a psychotropic drug that is processed from a natural substance, refered to as "Deep Water", found on the water world Peredagon in the OCN-812 star system. The typical effects of Salt is audio and visual hallucinations and euphoria which usually last from three to five hours. Salt has no addictive qualities, and no down period after it's effects have passed, as such it's popularity has been rising exponential since it's introduction. Research performed by the Minerva Institute has determined the connection between "Salt" and the new disease.

Salt Delirium is not currently believed to be contagious.

It is the current consensus that Salt Delirium is caused by a residue from the Salt drug that clings to the victims DNA. Scientists call this compound Hydraprion. Recent tests have shown that Hydraprion can stay in the body for months at a time. The more exposure to Salt a subject has, the more Hydraprion collects in the body, the more likely they are to develop Salt Delirium.   There are early indicators that Hydraprion has a more deleterious effect on trans-human species, causing them to be more susceptible to Salt Delirium. Bio-Genomics has not made a public response in regards to these indicators.

Obviously ceasing the consumption of the Salt drug is the first step in any successful treatment. Gene replacement therapy is required to reverse the physiological transformations in the more progressed cases. After that, time is required to allow for most of the Hydraprion residue to decay and fade from the body. Tests on patients two years after treatment still show slight levels of Hydraprion present, but well under critical volumes.   There is no current treatment to remove all traces of Hydraprion from a subject, so abstinence from "Salt" is vital to continued good health after the reversal of the diseases progression.

Some advanced cases have left treatment centers, under unusual circumstances, before they could be cured. It is unsure what became of these subjects.   While no cases have been monitored to their conclusion without treatment, some scientists have projected likely results from the data on hand. The most popular model suggests that patients left untreated will continue their transmogrification into a jelly like substance that will likely then allow the continued transmission of the Hydraprion to other subjects. Other, less reputable, researchers suggest that the subjects transformations may be the reproductive cycle of an unknown aquatic life-form. Because of humanitarian concerns, the complete lifecycle of the Salt Delirium disease has not been followed to its conclusion.

The long term effects of Salt Delirium disease are not fully known yet. Some patients have reportedly had continuing infrequent audio hallucinations years after their treatments have concluded.   Those who have recovered from Salt Delirium are strongly advised to avoid Fold-Space and interstellar travel.

Remove these ads. Join the Worldbuilders Guild
Threats and Dangers

Answering: "Describe a condition in your world caused by a drug or medicine."
Visit Reliquar's Competition Page Check all other answers to this prompt Competition Homepage 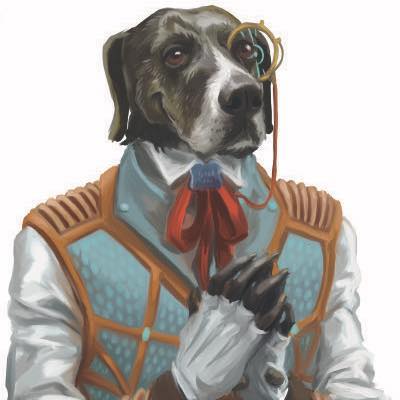 You are welcome to link my article. Thank you for enjoying it.