Once, the Urshok territory stretched south to the mountains, including the Burnt Hills, but the men of The Northern Sanction cut back the forest and drove the orcs north. They now call themselves the Kanrokk, “The Homeless” because the humans of the Northern Sanction deforested the plain and evicted the orcs from the rest of the territory. There is a blood feud with the men of Sanction, only recently quenched when Haldrim made peace with the Orcs. But Ardenia can make so such peace without alienating the dwarves of Korim, who went to such lengths as to build a great wall between Urshok and Ardenia.

Led by Warfather Valkun, current leader of the Red Sun tribe. Negotiated the peace with Haldrim in exchange for access to the port city, Titan's Gate. He wants trade with the other regions of the Spinelands. Wants to be a legitimate power in the world. The factions of the Red Sun tribe are made up of the former tribes 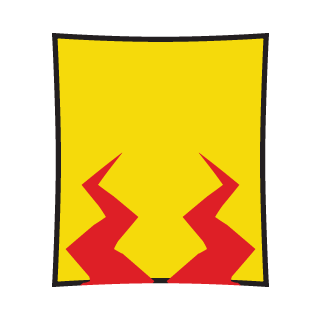 by Dan Connolly
The Bonehound tribe, led by Fangmaster Gorrak, supply beasts of war that accompany the Bloodwolves into battle. Gorrak's kennels contain dire-boars and worgs. 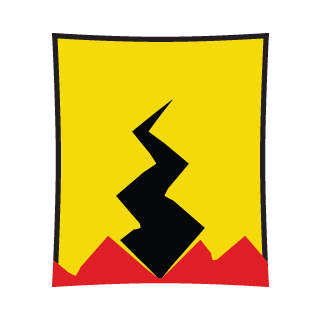 by Dan Connolly
Orcs from the Headtaker Tribe are smaller in stature, and were most reluctant to join the Red Sun tribe. Despite their smaller size, they are every bit as deadly, and currently form the elite death commandos of the Warfather. They serve as assassins, and literally take the heads of their victims as proof for the Warfather. Unusually for orcs, they have no single leader, and are governed by a small council. 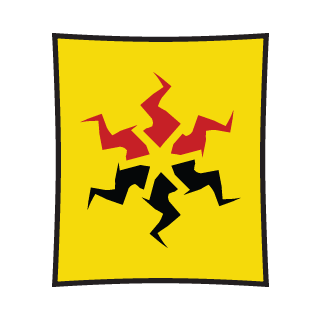 by Dan Connolly
The Sunbreaker Tribe, led by Shaman Amarax, are powerful casters by orc standards. The Shaman performs his rituals at dusk when the sun falls.

Before the men of Sanction began their conquest of the Orcish lands, the tribes were scattered across the lands north of the The Broken Spine. At this time they were divided, and conducted tribal warfare for territory.   This lack of organization and cooperation made it easy for the men of Sanction to wipe them out, one tribe at a time, until only five tribes remained. The leader of the Bloodwolf tribe, Warfather Ogrul, realised that unless the tribes fought side by side, they will be completely wiped out. He reached out to the Warfathers of the other tribes, and an alliance was formed. This was known as the Kin Pact.   The Kin Pact happened too late. The men of Sanction had already taken what would become Cardus and Haldrim. The orcs were driven from the last remaining planes, into the Urshok Mountains.