Across the regions of Valley of Many Rivers, Zanfar Islands and Roze Beshure one is very likely to encounter the horned, humanoid dark-skinned (and furred) inhabitants. They are mostly known by the name Novār (nov. Enlightened), thanks to the renown of Novārkan Berkhumen, but they go by different names: Night People, Goatmen (due to their resemblance to goats) or Honey Gobblers. 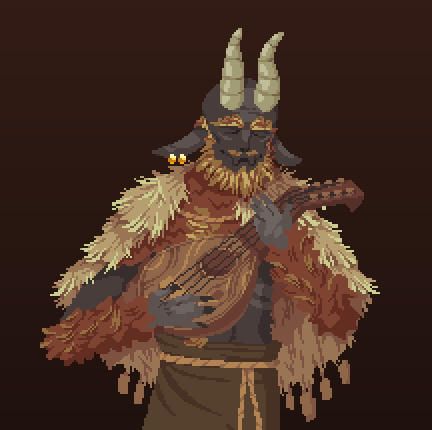 Murem Salem Mirtafen, The Fiery Emissary by Neorgothic
The Novār are very different to humans, as one might expect. Standing at ~190cm (6'3"ft) on average, they may appear imposing to most people, especially when taking into account their wide maws with sharp fangs and a somewhat guttural voice. Their bodies are covered head to toe in fur, although most of it grows on the jaw, chest, back, forearm and calf regions, the rest may be more compared to fuzz. The fur coat is more dense in females, as well as fluffier. The colouration varies radically between the sub-races, but the common trend are dark roots and light, coloured tips. Across the body, light fur forms line ornamentations, primarily seen in males. Novār also have tails, although they are too small to have an effect on their clothing traditions. The height and body mass of the Novār have some negative consequences, as they are more prone to fractures and injuries.
One of the other prominent features includes their horns, which are much bigger in males than females. Children usually lack horns until late into youth, their sprouting is seen as a sign of transitioning into adulthood. They don't stop growing throughout all of their lifespan, which may cause ingrowing and splitting of the horns. When two Novār are having a fiery argument, one could see them locking horns, a behaviour from the distant past.
Novār have slit-like pupils, which allow to reduce the amount of light taken to the sensitive eye, and provide a degree of night vision. The iris can be a variety of colours, but the most common ones are yellow, orange or green.
One can't help but notice their unusually long arms, which reach down to their knees. They are very useful when it comes to trying to grab something from afar, and their reach is taken into account when making furniture. This furniture, however, proves to be inconvenient for humans. Located on their palms and feet are soft pads, which are mostly a thing left from the past, but are still useful to some extent to this day. At the end of each finger are sharp claws, which are usually trimmed in Novārkan Berkhumen.
Female Novār have a pouch located on their stomach, which contains mammary glands, and is used to protect and feed their young.

Largely they behave like you would expect of a regular human, but their bestial origins can be seen not only in their appearance, but in their traits as well. They are mostly nocturnal (or crepuscular) creatures, they are sometimes active during the day, but very much prefer to curl up, sleep and bask in the sun (many of the architecture is designed with open-air spaces partially because of this).
Novār have rather long ears, which they can control to turn them in the direction of a sound. When in distress, their ears droop or twitch, and in anger they are set back and lowered. Similar to this, their tails wag when they are being bothered by something.
From the past they have inherited playfulness, which is exhibited by all ages, although most prominent in young Novār. They can be easily distracted by something moving fast, which makes their predator instincts kick in.
Due to their fur, they can tolerate winters and cold weather more easily, and have less of a need for clothes, unlike humans. Clothing is more of an aesthetic or status symbol.

The average lifespan of a Novār is approximately 40-50 years old, thus they develop much quicker, reaching maturity at 10 years old. The lifespan's been increasing in the recent years with the advancements in medicine and magical arts. 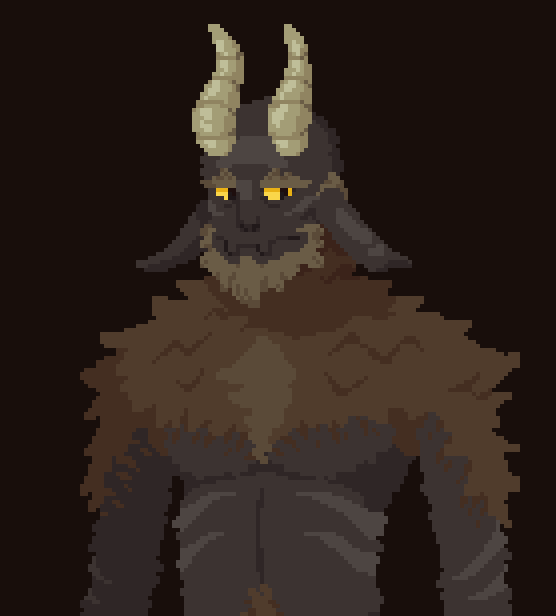 Novār who are most widespread in the Valley of Many Rivers. Their fur colouration varies from deep brown to ginger red, ginger fur being one of the temperate Novār beauty standards. The horns are able to bend and grow into themselves (although it doesn't happen often), which is discomforting at the least, and may lead to serious issues at worst, thus sometimes older Novār cut them, at which point they are able to grow again. 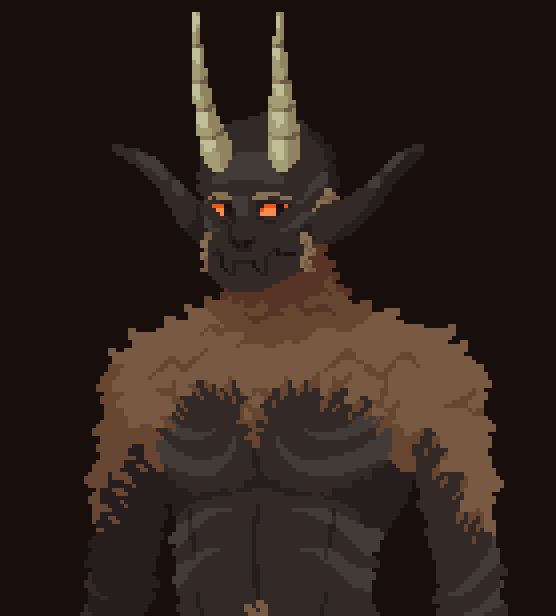 The Novār who live in the region of Roze Beshure. They have overall less fur coverage, due to living in an arid climate, but what fur they have left comes in sandy colours. Their legs are more suited for running and their claws are longer, to defend against attackers. The arid Novār also have larger fangs, for eating meat and tearing flesh. Their tails are slightly longer, and the ears are pointed upwards. The horns are not bent, unlike the other Novār sub-race's, and are much more suited for impaling. 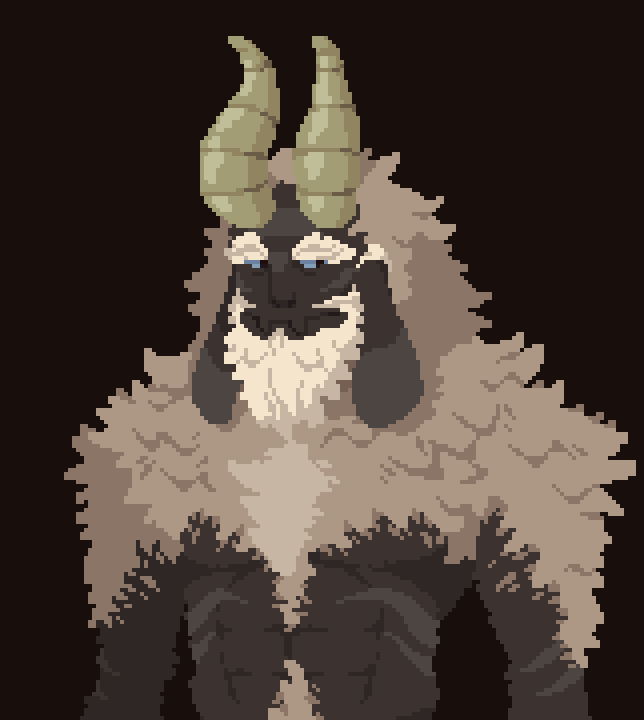 Novār who are mostly secluded to the Zanfar Islands. Their height comes at ~200cm (6'7"ft), their builds are bulkier than ones in the north, their coat is much denser, and comes in mostly whites and grays as camouflage. Horns of the polar Novār are also much thicker and heavier, thus their neck muscles are more developed. Ears are much more droopy, and completely cover the ear canal, to protect it from blizzards and the snow. Blue eyes are widespread among the polar Novār.
The World Atlas
Open full size
An atlas of the world, produced by the scholars of Breidhem.