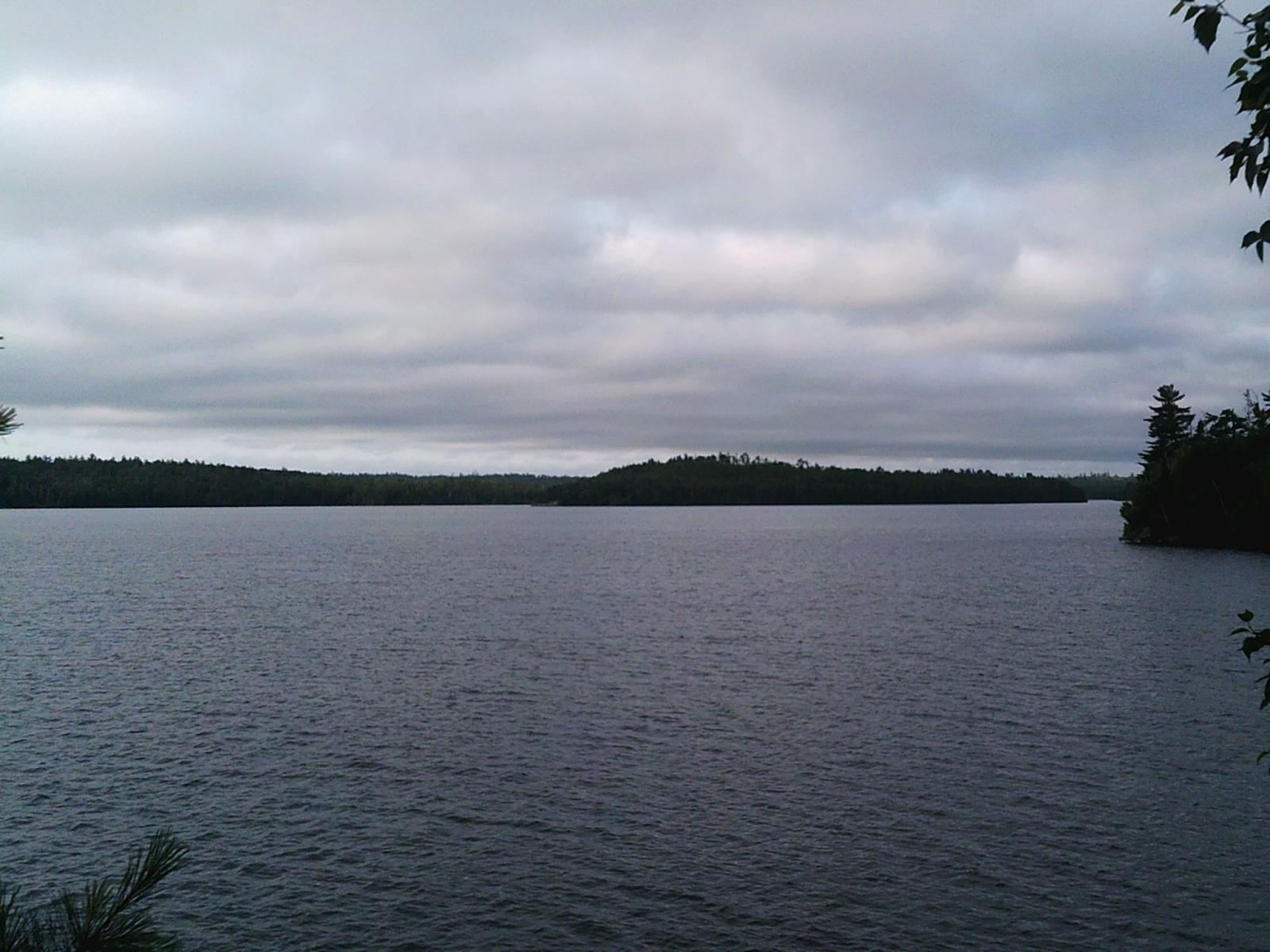 It is not what it eats

The canopy of the Kava swamp, a wall of reddish-orange leaves, captures most all the light that falls on it. The aquatic ecosystem must adapt. A few plankton-like species feed off the meager light that the plants above fail to capture. However, they do not grow abundantly enough to serve as a food source. The rootfish adapts to this low-food environment by gnawing at fallen logs and exposed roots.
— Zhang et. al, Report of the Rootfish

The rootfish is an eyeless fish living in the depths of the swamp under the Kava forest. The fish gnaws at exposed roots and fallen wood for sustenance, being one of only a few major species known to practice xylophagy. They are one of the major fish species in the Salt Plains.

The first fish removed by the researchers from the water was immediately field-examined. The Outrider Drones were immediately astonished when the head of the thrashing fish was held up to the light. The eyes of the fish were missing, causing a shout from one of the researchers, who immediately dropped the fish back into the water. Extended observation showed that the fish was an obligate xylophage. This can be explained by their low-light, low-food habitat.
— Grand Taxonomist Zhang

The fish is vertebrate, and in many other ways is similar to fish on Earth. However, its environment dictates that it develop differently. Due to the low-light environment, several studies theorize the fish originally had ocular organs, but those regressed due to the low light deep down in the swamp.   The fish also notably has massive jaws. With its four jaws and numerous molars, the toothy rootfish is perfectly adapted to gnaw away at logs. It has been calculated that the head of the fish accounts for fifty percent of the fish's total volume.

The rootfish lays eggs in the bottom of the swamp. The eggs will hatch into fry after approximately five to ten days. The fry seem to be as adept, if not more so, as the adults at hearing and sound, and are able to forage on plankton and other smaller pieces of wood before fully developing their jaws by one month old.

The rootfish is endemic to the Salt Plains, living in the Kalan River and the swampland near it. In this area, they thrive, being the first fish species to be noticed and analysed by drones scouting the area. The species also has a healthy population in other marshes and swamps east of the Salt Range.   Somehow, the fish manage to even feed on the Kava plant, a species with a tensile strength greater than steel. The fish appear to achieve this feat with legendary persistence and tenacity: some have been observed patiently gnawing away at a piece of kava wood for over two days. The fish has since become a cultural icon, representing stubbornness and tenacity.

Wood! This fish eats only fallen wood for its entire life, and has adapted to digest this material. If we put it into a place with ample wildlife, but no wood, it will starve.
— Analyst Drone, archived recording

The fish, perfectly adapted to an unused food source with its large jaw and strong teeth, solely subsists on fallen logs, on which other fishes have not adapted to eat. The rootfish, therefore, has a unique niche in the ecosystem of the Salt Plains, with a stable source of food. However, it does compete with fungi, which also decompose the same fallen logs.

The fish is concentrated in and around the Salt Plains-Salt Range region. It is endemic to the marshes within the Salt Plains, and has spread past that into the Range. A closely related species inhabits forest lakes and rivers, feeding on fallen driftwood and leaves.

Rootfish Hearing by ElementalShrike
The fish lack ocular organs, as eyes are of little use in the deep swamp. However, to compensate for this deficit, rootfish have a very good sense of smell and sound. Their sense of smell is great, with approximately twenty million olfactory receptors, compared to six million in humans. They can sense smells approximately three times better than humans.   However, where the rootfish truly shines is its sense of hearing. With a slightly greater hearing range than a cat, the rootfish has been shown to hear sounds as low as -10 decibels along its entire hearing range. They use this unique talent, as well as their smell, to detect locations where fallen logs reside, using low-frequency echolocation uniquely adapted to underwater usage.

A massive tree species poking through the Kava forest's canopy

A grassy, bamboo-like plant covering much of Clara

The focus region for WorldEmber: a massive swampland with ample resources

A range of mountains directly east of the Salt Plains, in the southeast of Zentland

Oooohhh, I like the chart. This feels like it could actually be on a science wiki. I like!   Do people in the rootfish? It almost sounds invasive.

"Do people in the rootfish," the thing is, they haven't really been taken anywhere outside their natural habitat (due to this planet having two civs: terraforming drones and bronze age bird culture, which means neither have both the means and motive to export it), and they don't really interfere with other animals, and often actually provide larger predators a source of food.

I like this idea! A wood-eating fish is truly something I haven't seen before. And the subtitle got me. xD

Ooh, I love the different layouts and quotes to help add depth to the article. Feels like it could be in an official book, except for the person who's so shocked about them eating wood! I would love to see an illustration of them above the side bar or somewhere similar, but for the most part this article is really interesting and well done : )

Cool :) The person is one of the discoverers. As for an illustration, I could try, but I think it would just demonstrate why exactly I'm not an artist.

Really well thought out and presented! What took me off-guard, however, was the cover picture right above the quite talking about how the trees let no light shine trough x)

Ah yes, that was taken at the Boundary Waters Canoe Area with a waterproof camera I took backcountry camping! I'm really proud of it, since I thought the photos would be really low quality :)

It is very beautiful, but not fitting to the rootfish environment with all the light hitting the water :P