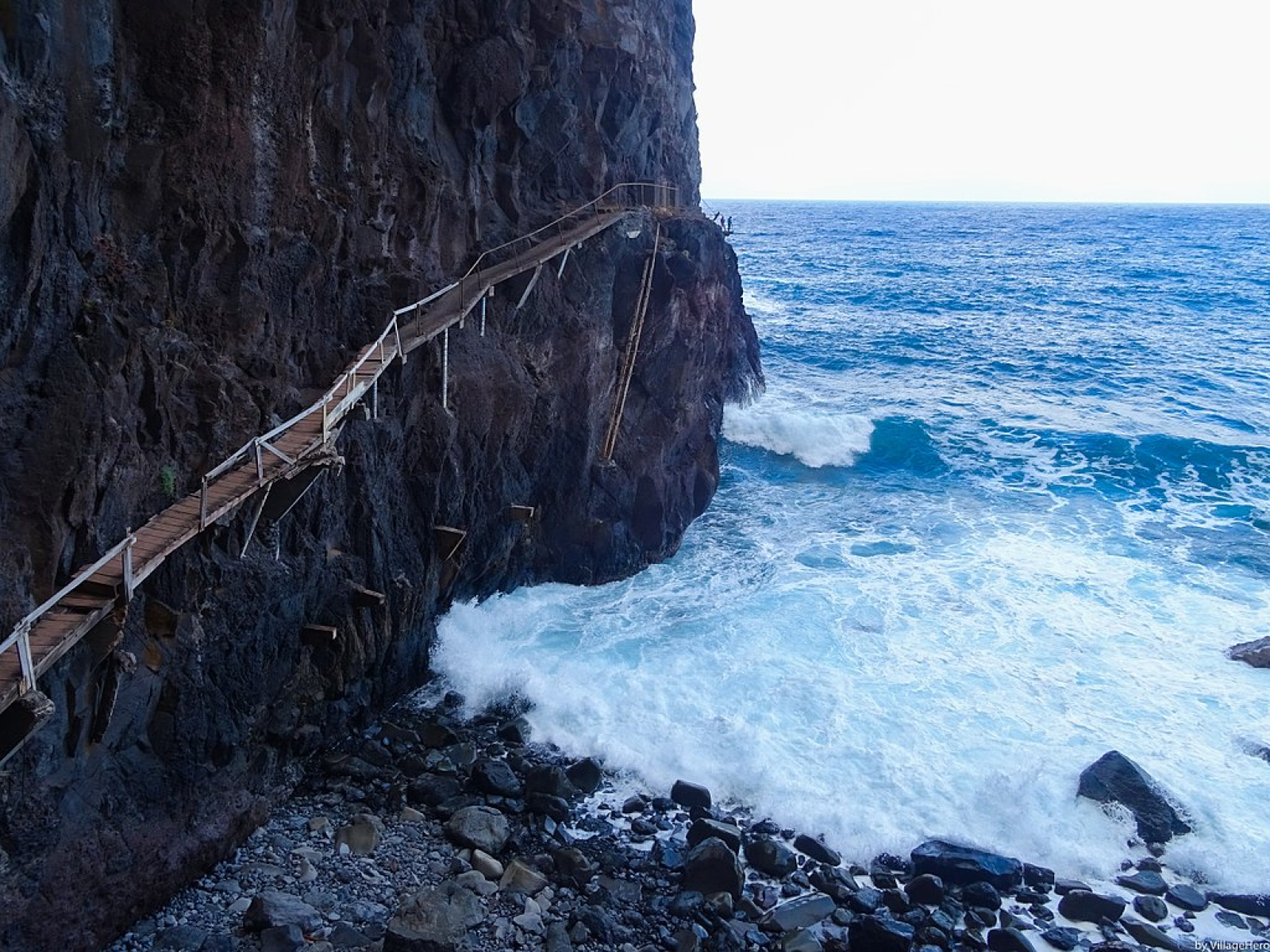 The earthen cliffs jut from ocean,
The umber wood hugs the river,
The golden sun sets behind us,
The silver moon hangs overhead.

Liton Tais is a town drilled into the side of the eastern cliffs of Lanasu Island, designed by Master-Architect Carolinus Stanton. Serving as a center for administration of the eastern half of Lanasu, it is also a trading hub, linking the capital district in the west with the trading ports in the east. The Order of Aeramen, having planned and built this town, has a heavy presence, with citizens working in shipyards and brick kilns around the city proper.   This sleepy harbor town has become bustling with activity in the past few weeks. Colren is mustering troops "for the defense of the frontier". That is fooling no one: everyone knows they are preparing for an invasion of Mitrand. The sudden influx of troops has exacerbated class tensions, annoyed townsfolk, and worried the Society of Magisters, as their members begin disappearing one by one. Confused, the Society must find their lost members and conceal their terrible secret before troops deploy in one week.

The city is built on five levels, each fifty feet above the next, dug directly into the cliffs of Lanasu. The settlement has no real defensive structures, but the naturally defensible cliff is more than enough to stop any bandit raids.   The town demonstrates Colreic architecture throughout: short, squat buildings of red oak and monarch pine, built on brick and stone foundations dug half a meter into the cliff. The wooden portion above the foundation is composed of elegant oak archways, combined with a slightly sloped pine roof. All the buildings mutually complement each other, and careful planning makes sure that they can weather even the strongest storm. 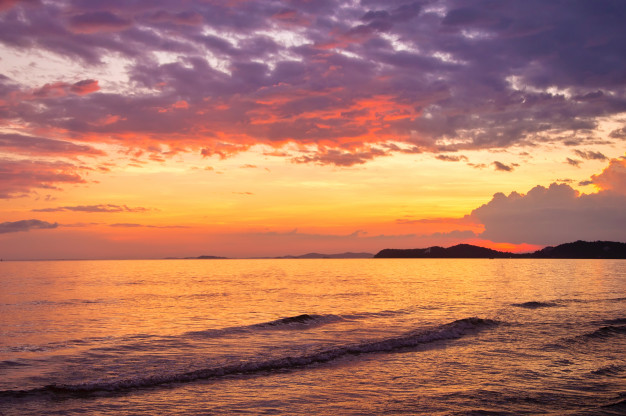 The location is on the side of a scarp on the eastern cliffs of the island of Lanasu. It is located roughly halfway between the two eastern port cities of Lanasu. The most powerful order is the naval Order of Aeramen due to this location's inherent ties to the sea. It occupies three out of seven voting seats in the Diet of Tais. Next is Order of Corel, which takes care of administrative matters, having two seats. The Coalition of Foodsellers are also given minimal power in proportion to the amount of farmers, with only one voting seat in the council, not enough to make any real decisions. Out of the myriad guilds, the Guild of Alchemists is the dominant, the only trade guild with voting rights in City Council.   However, some organizations have stepped away from the light and into the darkness. Some farmers, tired of being underrepresented, joined forces to form a food cartel that keeps food prices artificially inflated so they can make a living. Another secret society that is pretending to be a legitimate organization is that of the Society of Magisters. It has sixteen members in Liton Tais, claiming just to be a center for strategic studies. However, they are much, much more... 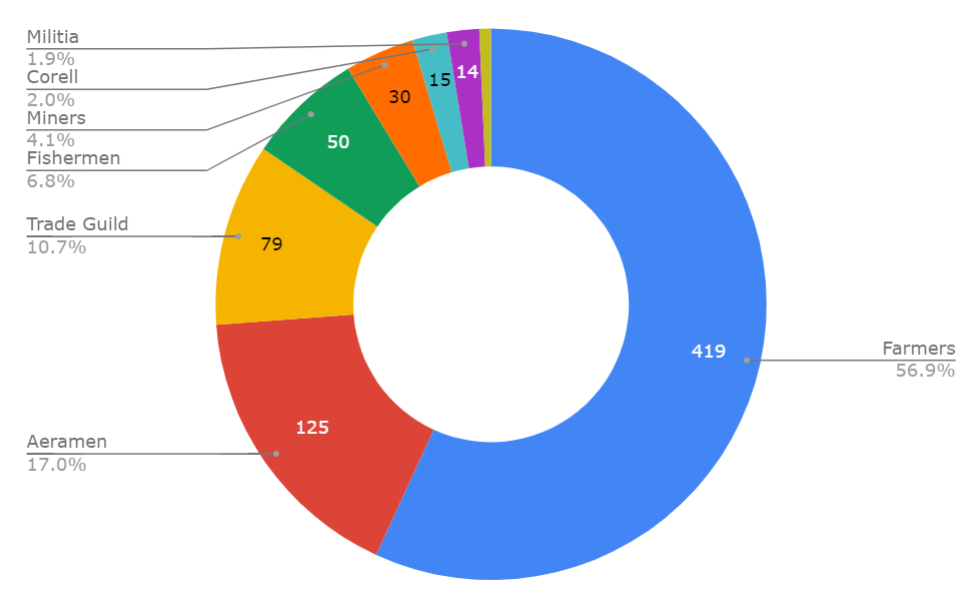 Demographics by ElementalShrike
(~600 serfs not included)

The natural resources include sulfur, iron, copper, and timber, and clay, found around the settlement. The falls of the Lena River power mills for the grain produced above the city. The river and sea contain large numbers of fish, boosting the food sources of the town. 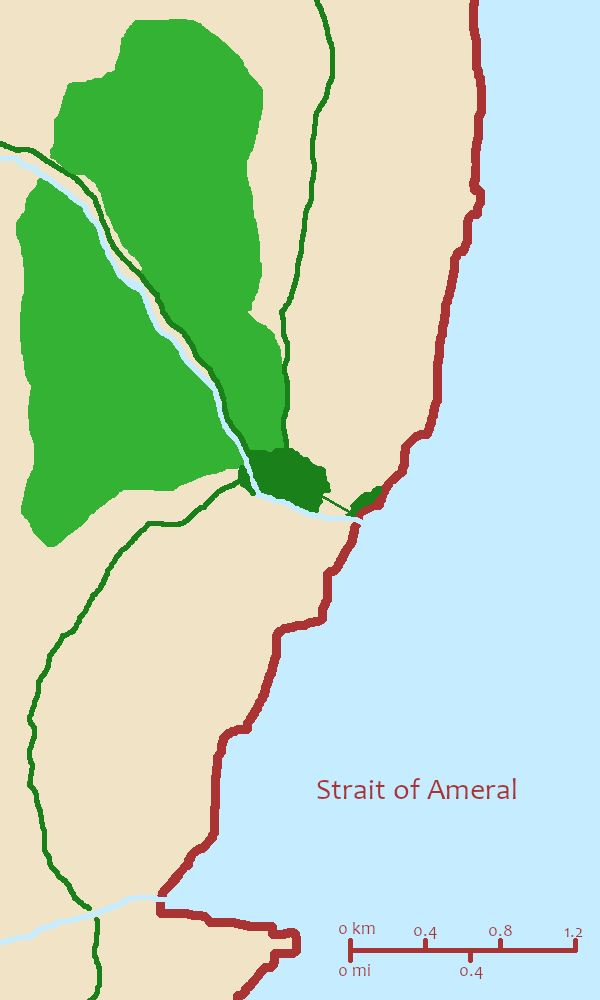 The naval military order of the Kingdom of Colren

Since you asked specifically about the demographics, I went to do some digging: I'm assuming a medieval type of world, though, so some of this data may or may not be terribly useful to you. But I hope it helps! From what I know, 80% farmers sounds about right for medieval times.   http://ludusludorum.com/2014/10/28/get-medieval-the-village-in-the-middle-ages/   1250~ does sound reasonable at a larger village, though I wonder how the land is divided. A few village elites owning most of the land and renting it out, or a landed noble doing that, or... Perhaps some other configuration. :)   What kind of ships are they building here? Depending on what size and kind, 75 people split between sailors and shipbuilders might be a bit low. I wasn't able to find much information on medieval shipbuilding (there's apparently not really a ton of records about it), so I can't say for sure though.   This was the best I could find: https://www.quora.com/How-were-medieval-sailing-ships-built   Another question: given the village's location (burrowed into a cliff), where exactly are the farmlands and ranches? I could only see a mention of grain being grown "above" the city; how do they get there? :)   In a similar vein, they're described to be drilled into the side of the cliff, but have typical architecture with wooden houses. No houses or galleries carved right out of the stone?   All in all, it's a neat concept (I love cliff-cities) nicely executed without becoming too long. <3

Answers to your questions: The city is built in multiple levels near the middle of the cliff all the way up to the top: the farmland spills out outside the city limits on top of the cliff. There are strict regulations on the city: because a lot of diplomats and merchants are passing through the city and that it was a specially planned city unlike the others, which simply grew out of towns, so houses can vary a little but not a lot. However, stone seems like a more useful building material so I'm now using it for my foundations.

The demographics sound good for a cliff town. I'd really like to see more on the various Orders and Guilds of Liton Tais and how they interact with the world at large. Being built into the cliff, wouldn't stone be a more prevalent building material compared to wood, which can swell when exposed to the sea water and warp?

I've edited the guilds section to be a little lengthier: the guild conflicts aren't going to be a really major conflict during my story. Also I have clarified the structure of the architecture throughout Liton Tais: they have a stone foundation built into the cliff and a wooden "top" area built with pine and oak.

The added information is great! Thank you for clarifying it. 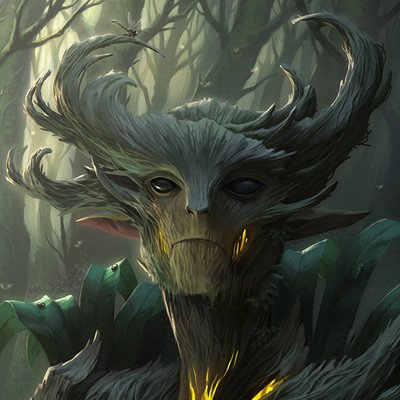 This is really good! So much detail in this and I've already dove into this world you've written out. About your demographics, it is decently realistic. Not too disproportionate.

Always a fan of societies and cities built into sheer surfaces like cliffs and mountains. There is something very pleasing with it. Must be why I love dwarves. Either way, you have a very factual way to describe things. Your stuff reads like a article and I can almost see this printed on travel guide haha. I do want a little more info on the various groups however, even if its just expanded with one or two lines. They are dropped so briefly despite painting a picture about social-economic tension.

Yeah, word limits don't let me right now. When I finish trimming the other articles, then if I have words left over I'll come back.

Wonderful layout! I enjoyed looking through this and seeing just how many placeholders you have! Looks like you've got a lot of work ahead of you, and this article will be wonderfully expanded once it happens.   Are the Golden Scales the magic users that you mentioned in paragraphs before that? It sounds awfully noble and fancy for people who want to stay hidden, if so.   Maybe you could play around with rows and columns to display the imports vs the exports? : o to help break up your written lists. Regardless, a lovely article : )

Excellent article and a great example of using images alongside well written descriptive text to really paint a picture of what this place is like. Love that you included lots of placeholder links to show the reader that you plan on expanding on your world. I had to read other articles on your world to get an idea of what 'era' you have set you world in. Using words like 'tavern' instead of pub or 'inn' instead of hotel is a great way to achieve this and signals to the reader the time period you are basing your world in, fantasy or not. Being wooden structures built into the side of a coastal cliff, I imagine that one of the biggest challenges is simply wild weather and storms. I was curious what techniques did Architect Carolinus Stanton specifically use to combat this ever present threat?