If you're looking for something, it doesn't matter what it is, you'll find it in Unity. Heck, even 'Nodians happily sell their products there, can you believe that?
— Anonymous, 373

The Unity Concord, officially known as the Sanctioned Council of Unity and often referred to as Unity or the Concord, is an independent city-state located in the Ceryx system. With only a population of roughly 3.27 million citizens and limited sovereignty over Ceryx's asteroid belt, the Concord is by far the smallest self-governed country in Elysium. Its influence remains significant, however, as the Concord's only city is the eponymous capital of Unity, mankind's first artificial megastructure, and with the highest GDP per capita of Elysium, its living standards are among the highest in the world.

The Unity Concord was established on August, 6th, 357, with the ratification of the Autonomous Unity Concord, a treaty that eventually gave its name to the newly-born city-state. Previously under the jurisdiction of the Vestan Federation, the city itself was founded some twenty years earlier by a consortium of private investors and corporations hoping to create mankind's first space city. As an artificial construction of 61km in diameter, Unity is famous for being a tremendously successful engineering and economic success. Indeed, with lax regulations and virtually inexistent taxes, Unity has become an extremely popular destination for traders and wealthy owners, leading to the city becoming the most influential economic hub after Vesta.

The idea behind the city of Unity has lingered in the minds of Man since the Information Age of Old Earth, if not even earlier. It was only at the beginning of the Elysian Age, however, that Man finally had the technology and resources to make this dream a reality. Despite the prestigious and historical value of creating Mankind's first space city, the Federation was not inclined to fund such a risky endeavor, especially with the tense relations with the Enodian Ascendancy. The idea, and the earliest drafts, nonetheless grew in popularity, until a consortium of investors and corporations decided to finally start the Unity project. Initially named to attract as many corporations and investors towards the project, Unity quickly became a popular topic, even earning recognition from the government. 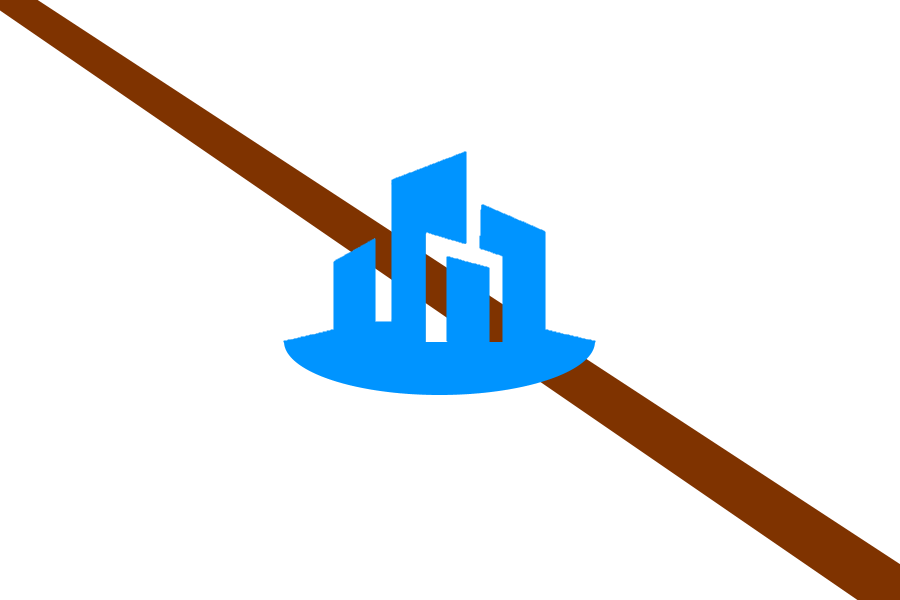 As construction of the city began, the Federation's economy was booming from the subsequent injection of funds from the private sector, and even Enodian corporations became interested in the project. During the two decades of constructions, the city housed more and more permanent residents. At first it was the original investors, but it eventually became new homeowners that could afford the extreme prices, bringing much needed revenue to the project. In addition to these residents, branch offices were established, commercial centers opened, and the project slowly became a proper city. With every inch of Unity being private property, the project's management consortium became the city's de-facto administration, which eventually became the City Council known today.

In early 357, the last district was completed, bringing an end to the city's construction, with nearly seven years of delay. Self-sufficient since the completion of its most important districts, the city no longer saw any advantage in belonging to the Federation, as taxes and restrictions severely impacted its exports and very few imports were made. Negotiations between the city administration and the Federation began in April 357 and eventually ended in August with the ratification of the Autonomous Unity Concord. This agreement effectively gave the city full sovereignty over its surroundings, turning it into the world's first city-state since the days of Old Earth. Shortly after the city became independent, the Ascendancy eased its trade regulations to allow its corporations to profit from the city's new authority, making Unity even more prosperous.

Since Unity became independent, many Vestan wealthy households and corporations eventually moved to the city, attracted by its lenient regulations and inexistent taxes, while Enodian corporations happily sold their products at a premium. This, of course, attracted the Vestan crime lords who attempted to take advantage of the city's growing administration to plunder its assets. Unfortunately for them, the city's Public Security Corps, trained by and made of private military contractors, proved to be an effective bulwark against both foreign and domestic threats, keeping the city safe for all. Recent subsidies and investment in research and development also attracted various Vestan scientists, starting a technological competition between the Federation and the Concord in an attempt to catch up with the Ascendancy, with moderate success.

The Unity Council is a privately owned city-state that revolves around the city council. However, since the city became independent, it has also established its own legislative and judicial branches, from which it developed its infamously lax regulations. Despite being privately owned and managed in a similar fashion to a corporation, Unity still behaves akin to an actual government on the legislative, executive and judicial levels: 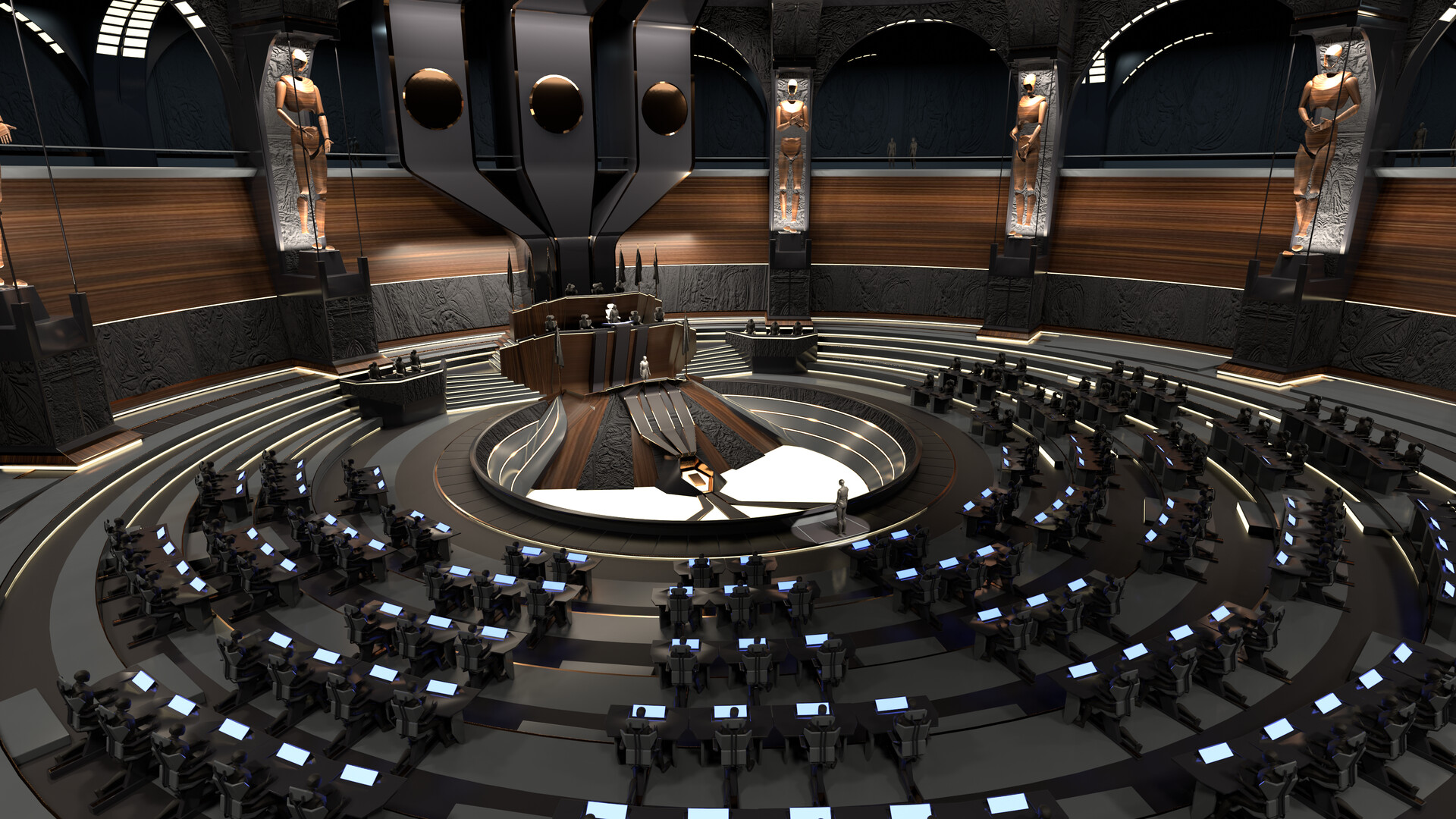 The denizens of Unity are known to be rather eccentric and almost exclusively extremely wealthy. This gives them a rather mitigated reputation, as they can be easily convinced of novel but sometimes ridiculous ideas and often lack common sense or appear disconnected from reality. On the other hand, they are fervent investors in science and philosophy, leading to numerous new patents and arts coming from these generous patrons. These wealthy investors are, however, only one facet of the city's population.

While prestige is an important aspect of life in Unity, talents and skills are just as important to rise in the echelons of society. Since the city has limited space and industry, most of its employed professionals are looking for ways to improve the city's resource usage and production, often with new, innovative ways to deal with issues that are related to living in a space city. These scientists and engineers live a far more humble lifestyle than Unity's investors, often spending their lives without owning their homes.

Finally, with the city being entirely controlled by corporations and investors, having a commercial touch is also a good way to rise above the masses. Unity is a major trade hub, and while no taxes are in place, almost all aspects of life are under contractual licenses and loans whose bureaucratic procedures can easily turn into a vicious trap. Those with the wits to exploit them and master the ever-changing market demands of the city often become highly influential, sometimes even earning a seat at the City Council.

The 382 census estimates the total population of Unity to be around 3 272 522. This number does not take into account the hundreds of thousands of tourists and regular traders that visit the city each year. With a rather instable growth rate of 1,62% each year, the city's population is expected to reach 4,4 millions in the 400s, dangerously approaching its current theoretical limit of 4,5 million inhabitants.

The Concord has sovereignty over the entire Harmony system, with numerous mining outposts and refineries built all over the system's asteroid belt and few planets. Most of these are used to feed the city's moderate industry, with very few raw resources exported out of the system.

As for the city itself, it is currently divided into 7 large specialized districts. Each has its own residential zones, commercial centers and other public facilities, with the goal of reducing long-distance travels as much as possible:

The Concord's law enforcement agency, and its de-facto military, is the Public Security Corps. Primarily used to keep the streets of Unity safe, the PSC also has a substantial fleet to safeguard the city's assets from external aggressors. When compared to the Federation or the Empire's military, the PSC's meager 24 thousand service members are insignificant, but they have nonetheless been highly effective against the various crime lords that attempted to infiltrate Unity.

While the Concord is not a major player on the geopolitical board, its heavy investments in research and development left it with plenty of patents and thesis, making it an influential place among the scientific community. The Concord is known for its innovative farms and factories, built and enhanced to maximize their efficiency above their productivity, and its arcology-oriented architecture.

Vestan Federation
The Concord has close ties with the Federation, supporting not only free trade and emigration policies, but also a non-aggression pact. While no official alliance is on the table, ambassadors from both nations frequently negociate more and more treaties covering a wide variety of subjects.
Ascendant Enodian Empire
In comparison, relations with the Ascendancy are cordial, but uncooperative. Trade and emigration between both nations are thoroughly regulated, but still growing. In more recent years, Unity became a prefered trading partner for many Enodian companies, although imperial exports remain restricted.
Elysian Security Organization
Unity continues to improve its relations with ESO, with numerous trade agreements already in place and many more under negotiations. As an unrestricted nation of liberties, Unity shares a special status with ESO as an associate, favoring trade through this 3rd party rather than with the Federation directly.

The Concord is renowned for neither its agriculture nor its industry, instead using its own capacity to produce simple and affordable products for its residents, and relying on imports for more sophisticated products. Despite the city's modest capacities, its highly efficient farms and factories have attracted more than one curious observer and are frequently visited by corporate investors.

Trade is the most important activity in all of Unity. With an entire district dedicated to unload freighters and sell their products, its wealthy population, regulations and taxes can allow anyone to make margins that would be otherwise unthinkable anywhere else. Its most predominant markets are luxury products, alcohols and weapons, giving the city a reputation of being a grey market that some would rather see closed. Despite this, corporations and buyers from both the Federation and the Empire alike are happy to meet within the safe walls of Unity.

As with everything else in Unity, education is done through private institutions. As a result, from kindergarten to college and academies, the city's campuses in the Research District are among the best in Elysium, even approaching the prestigious imperial academies.

While the city of Unity itself was not meant to be further expanded, several facilities have been built outside of the city's walls to supplement its growing needs. These additional factories, shipyard, docks and even power plants and farms are guarded by the PSC's fleets. The most direct consequence of these external facilities is an increased traffic on the city's docks, which are now infamous for their delays and for being dangerously crowded.

Well written and interesting, with a lot of cool details :) I quite like how you subverted the norm of these sort of cities usually being havens of crime, too. Even so, I'm kind of imagining a city full of nothing but Elon Musk's and Jeff Bezos and may have stared into the heart of hell.   Great work :D

A ridiculously detailed article from an amazing writer, how could I not include this in my Reading Challenge summary? Your use of the Sidebar and ArticleTOC here really helps the reader navigate the article and the ammount of thought and effort that went into constructing such a nation deserves a spotlight!