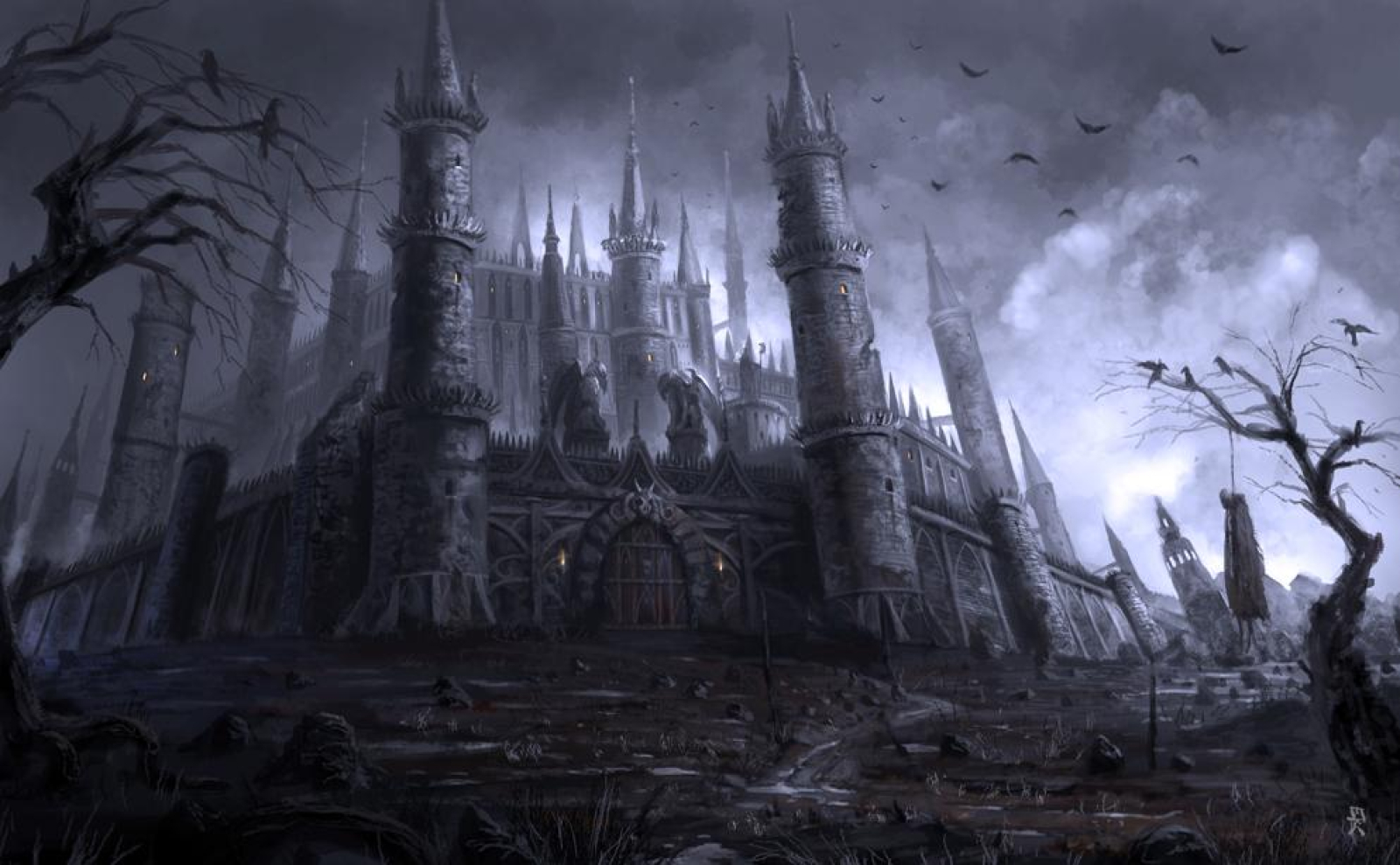 All know the Warlock Lords even after they were long gone as they were the terror that enslaved our people for centuries and the ruins of there rule linger all across the land, along with the beasts that they created that hunt us as well. - Norrian Elder

The Warlock Lords are separate and independent from one another controlling their own dominions. This of course is decided on how powerful they are that decides how much territory they can control. With the most powerful of the lords being known as the Trinity of Ash and have the most influence over all other lords.

The Warlock Lords that ruled over the peoples of Norria saw them nothing more than tool to be used to obtain more power. With time had made them submit to their will and there every commend as they were considered gods to them for the powerful magic that they had. To live under them was of submission and fear as no one was safe from them.

To be apart of the Dominions means that your life is to serve or to rule. To rule means you are a Warlock Lord that has control of a dominion and claimed everything with in it as you’re property. That means the people that are within it as well as they are nothing more then a means to an end to more power. Often resulting in having them become apart of the your army, become test subject of your experiments or slaving away to harvest resources. To serve is to doing everything in your power to appease the lord that rules the dominion you live in. For they are the equivalent to a god and to disobey them will result making your life a living hell or end up dead. There is no other truth but the ones that they tell you that are true. So it often doing what you have to do to survive on the path that was given to you by your lord.

What People Think of You

Nobody likes you for all the things that you do for a living. This is due to your existence of that being evil as the practice of the Dark Arts is considered forbidden and shunned by most of the world. Along with enslaving an entire people that is forced to do what ever you tell them to do. They would try and kill you the first moment they get if it ever came. But your magic can make them suffer and you military power will obliterate them before they get the chance to strike. Making it all the more reason to be afraid of the Warlock Lords due to their power that is unmatched by any other.

To ensure that our power becomes greater and influence ever expanding.

The Warlock Lords have a large amount of military power of soldiers and beasts that they control to suppress the masses. Along with each one having a fortresses that is their stronghold. Their magic is also powerful allowing to do thing that normal magic users can’t do.

It was said that that the first Warlock Lords arrived from the Western Lands as exiles as they were chased out of the region due to their practice of dark magic and head to the Continent of Norria to seek safe haven. But seeing that they land was still untamed and unorganized they saw a opportunity to gain power. With their magic the Norrians soon were forced to bow down to them as their rulers. They declared themselves gods to ensure that their rule was secured. Thousands were soon enslaved to build their strongholds along with many others structures as well to increase their influence. With the entire continent soon under their control and their power secured they reorganized the to form the dominions to maintain their authority over one another based on how powerful they are. Here they would use their power to become more power than anyone could imagine in the dark art.

Norria was turned into a living hell when the final pieces of the put in place for the Warlock Lords to remain in power. The people lived under the yoke of oppression and they had no power to change it as the lords had free reign over them. Here they would building their armies and experiment with their magic to see to what lengths in could actually reach. Often this experiments would also affect the regions that they could be done in as well as those that failed, especially the beasts would be release into the wild where they would terrorize anything near them. Not to mention the gifts that they give to those who were loyal to them, often being magic items that had horrible effects on the users. Noting was natural in these lands anymore as one thing led to another with the use of magic always need to improve their unholy craft for power.

The Warlock Lords were always thinking of themselves more than anyone else. This had led to the Continent of Norria to fall into a dark age not seen since the The Long Frost. Nothing was safe from their reach as they corrupted and manipulated what ever they got their grubby hands on. Turning the land into a land into nightmarish place of fear and torment. Stripping the culture of the people who lived in it to be nothing more then mindless livestock. They care nothing more then to inflate their egos to feel like they were actually gods even though they would never be. It only became worse as the centuries went by as the Price of Magic to extend their lifespan began to make them lose whatever humanity they had left in them. Often doing whatever they needed to do to ensure they could never die no matter the coast.

After the failed invasion of the Western Lands in the Warlock Wars, the Lords of the Dominion that were still alive soon found themselves their subjects turn on them. With their numbers fewer and their armies crippled the Norrians and other peoples across the Continent of Norria soon defeated them one by one until they were all but destroyed. Free the continent after seven centuries of their oppressive rule and only their ruins remain across the land.

Populations are divided in Dominions that are divided by the power of each Warlock Lord and these domains can harbor a few hundred people to thousands upon thousands. These territories often vary in resources and terrain and used accordingly by each lord.

The Dominions spanned all across the Continent of Norria. Forcefully holding it to their will and enslaving it inhabitants.

Each lord has an army at their deposit to do as they wish with it. These are often make of conscripts and devoted followers that fight for them. Along with their personal bodyguards the Black Guardsmen at their disposal. Along with any creatures that they created from their magic to fight for them.

The main advancements they had were in the use of magic, dark magic mostly. In which they used to extend their lifespans and create things such magic items and beasts to use. Even the Black Guardsmen that protect them are a result of that magic. Often resulting in sacrifices and other dark methods that they have learned over the centuries. Even great structures were built to even achieve more power by drawing more magic into them for greater results.

The Warlock Lords are considered the gods of their own religion in order to create the illusion that they cannot die and are all powerful. Their magic has ensured this as it has prolong many other their lifespans to unnatural lengths and has allowed them to do things that are only could be done by gods. Making the people subservient to them and doing as they pleased without opposition. All other regions are forbidden to be worshiped to avoid decent amongst the population.

The Warlock Lords hated the nations of the Western Lands for chasing them out, so nothing was really done with them. But for the rest of the world they often hired people to acquire certain plants and animals for their experiments.

The only education that exists in Dominions is that of the laws of the Warlock Lords and their lies that they are gods, brainwashing the young into obedience to ensure they are never defiant against them. These are often taught to them by those who are loyal to them.

The Dominions had many large structures designed for the Warlock Lords for living and other purposes. But the their was nothing done for the people living there and just liven in homes made of stone and what ever material they could find.

All shall Bow and Revere Us

Throne room by Krystian Biskup
Dark Magic can do terrible things to those who inflict it on others and that what the Warlock Lords did to ensure their power was maintained as they declared themselves gods. Making the people that they conquered to revere and worship them for centuries. They were given everything to avoid their wrath upon them. For centuries they manipulated the people to believe everything they say and they did it unconditionally making them nothing more than devoted slaves to their every whim. 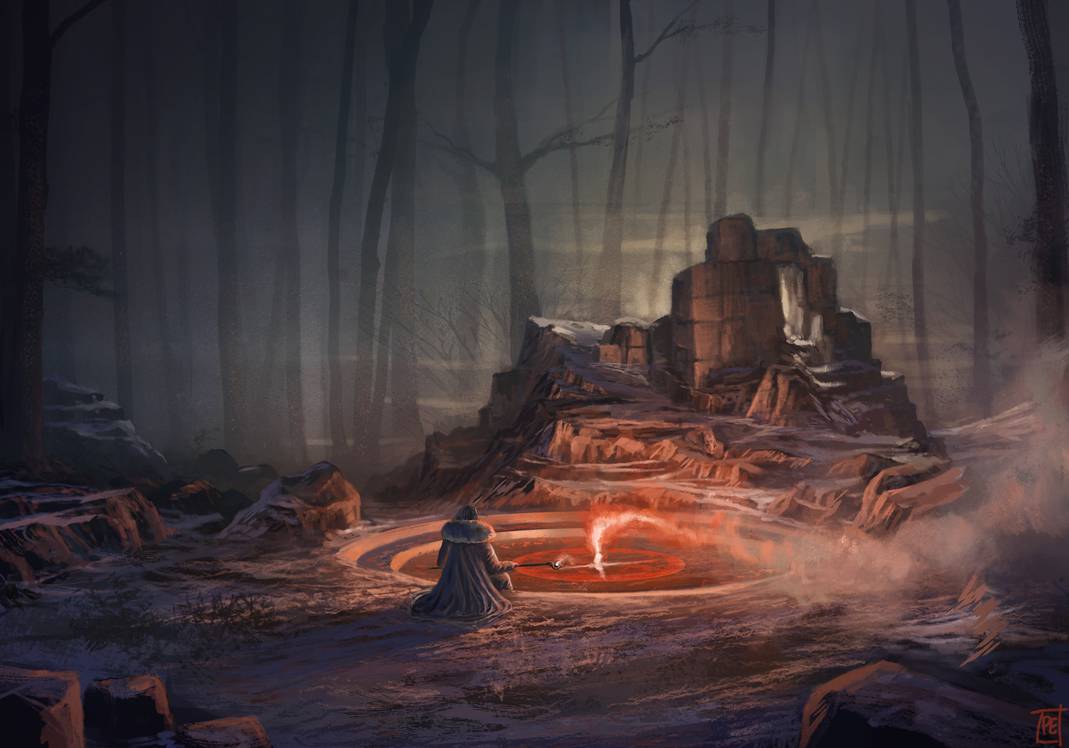 The Ritual by Solfour
They conducted many things that are consider forbidden in the magic arts and some reached leaves that one could never imagine were possible as they continued to test their power. Many alters and places of dark power were created to achieve such things and many horrible things have happen because of it. As nothing is sacred to them at all and no price is to great to achieve ultimate power. 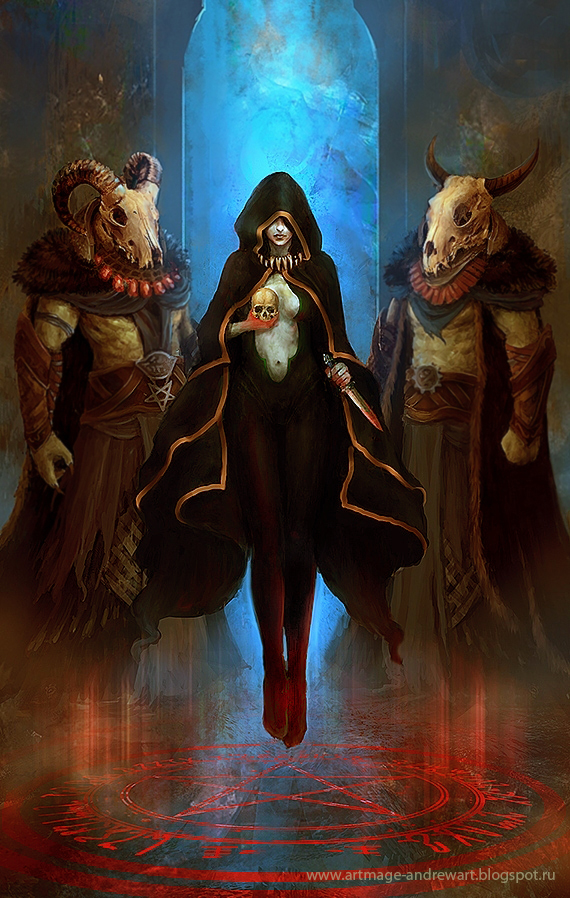 The ritual by Allnamesinuse
Fear was the ultimate weapon that used to keep the masses in order as the centuries went on. It was quite effective as well since the people were blinded by the lies they were told and dare not oppose their masters. Though how do stand up to them are often killed or suffer a fate worse than death. Making it even more important to keep their heads down and their mouths shut when they need to. There are even cases that entire settlements are destroyed and everyone in it is put to the sword to be made an example of