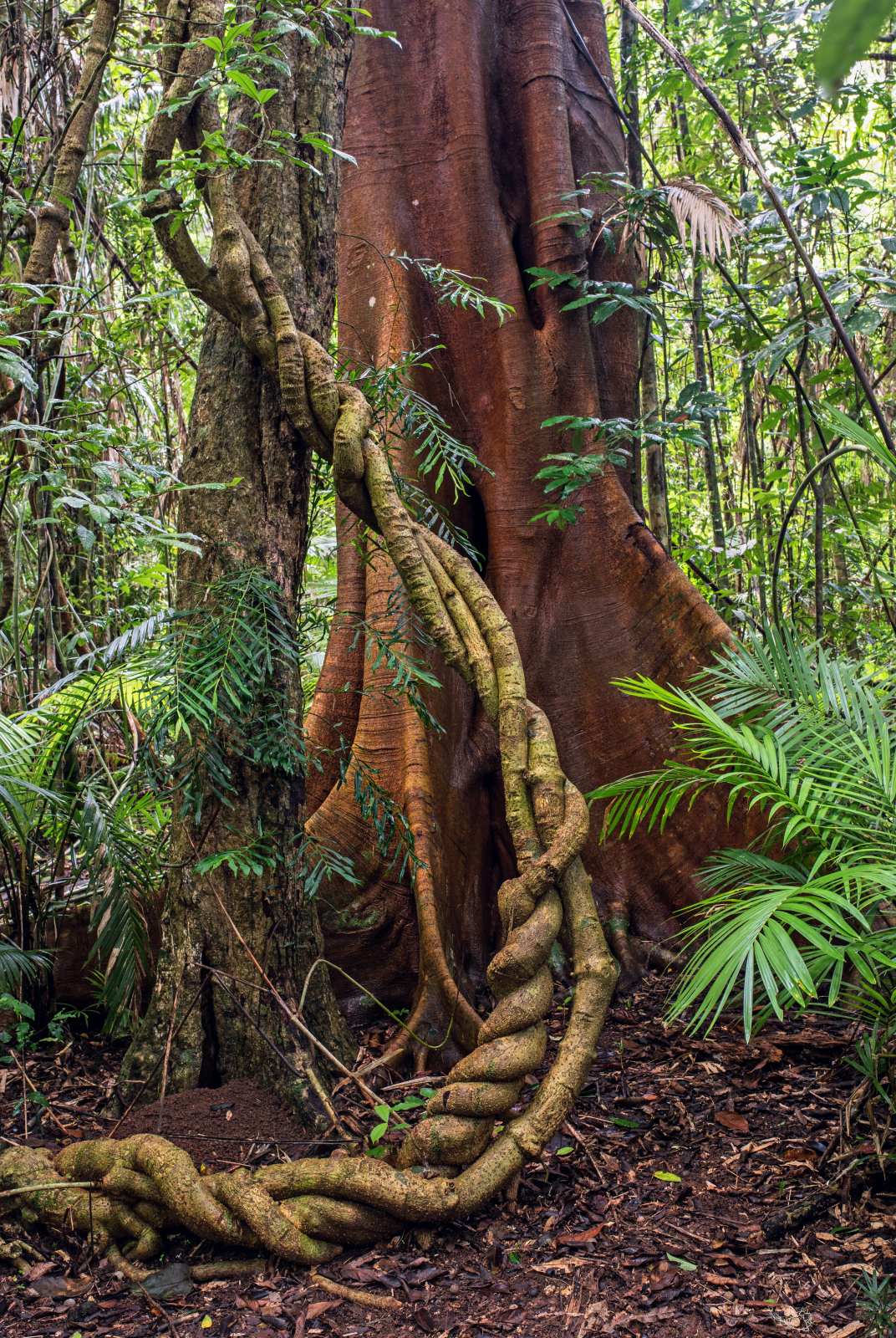 The Sarudu is quite remarkable due to the many uses that it has in creating simple tools for ships making it one of the most valued resources in the Isles of Refuge. - Forester

Giants of the Jungle: Sarudu is considered some of the largest trees to exist in the world as they tower over most other trees around.   Resilient Material: The wood from the Sarudu is light and strong to create strong material out of it and be crafted to extend its uses.   Water Hoarders: Most water that comes down from storms often go to the Serudu due to its need to absorb more water than most other trees. This allows it to produce its sap and keep the area around it from flooding as well as leaving the ground traversable.

Seeds of the Storm 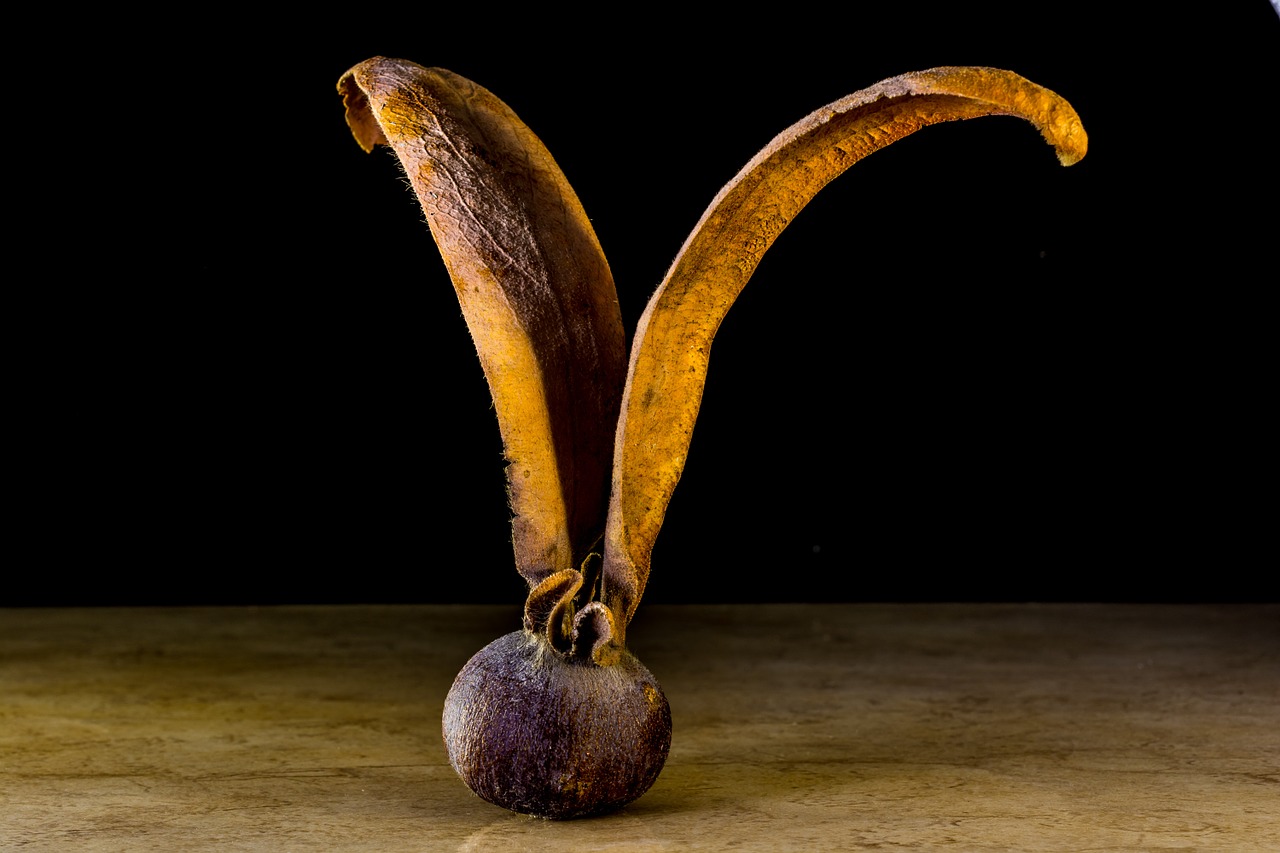 by Josch13
Every fifty years the trees create seedlings to be carried off the winds of violent storms that come to isles as their winds are the strongest to pull them from their branches. From these winds, the seedlings go where the storm goes with as they are scattered across the isles on their plant-like wings that they have grown to carry them along. From here only fate will be decided where these seeds will go as hundreds of them are carried by the winds with only a few dozen ever making their way to solid ground again while the rest end up in the sea.

The trees never stop growing as their roots burrow deeper into the ground and become larger along with the trunk and its branches as they reach out as if they were trying to reach out to the sky. 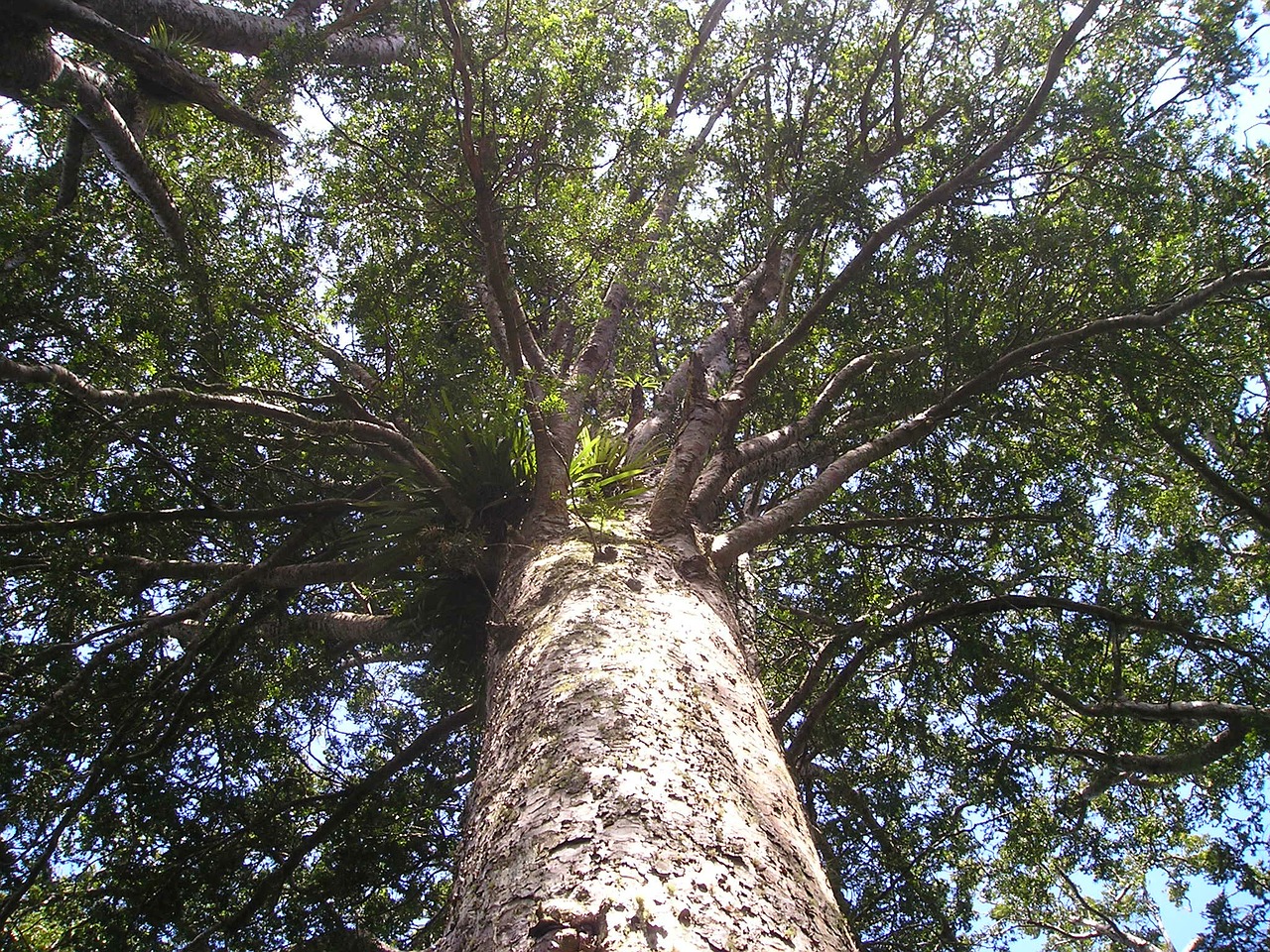 by Simon
They can only survive in tropical regions where the constant sun and rain keep them healthy and feeds them. Here they take over the jungle as the largest trees that tower over all others above the tree line to gain more sunlight with their size. Along with their branch long enough for their branches to have large leaves on them to store water.

Large amounts of water and sunlight are needed for it to survive due to its size as it continues to feed on the water every nourishment it can get.

These trees have been known to have their large branches fall off once they become too big for them to bear to save water.

Tools: Farming and building tools are made from this are both long-lasting and efficient.   Weapons and armor: Weapons and armor made from it are a strong as any steel that any smith can forge and is capable of piercing iron if sharpened properly. Though shields and body armor take longer to make it is far light and able to take a beating than most other materials.   Ships: The best ships are often made from Sarudu as they can take a beating from strong forces and rough waters. They are far lighter on the water as well making them some of the fastest ships in the world.   Instruments: Despite the durability and strength of the wood it can easily craft into instruments that have the most unique of sounds to them. The Jurto'pa or Wailing Death being one of the most famous ones due to it producing sound to that of some screaming or dying.   Sap: Sarudu sap is considered highly flammable and is used as a fuel source in the region, along with as an explosive if enough has been gathered together. It can be used in certain types of medicines as well to help bring down sickness.

They can be found across many islands in the Isles of Refuge as their seeds travel at great distances to find soil.

Many animals make their home in these trees due to the space that it gives them for shelter. Most of these animals are birds for obvious reasons due to a certain height that they reach as most animals tend to have trouble climbing them. Other trees and plants under these trees receive much need shade from the scorching sun that the Sarudu takes in and certain plants like Yellow Argo that need the shade to survive.
Scientific Name
Class: Natural
Lifespan
360 - 945 years
Average Height
38 - 70 ft
Average Length
Branches 17 - 31 ft
Geographic Distribution
Related Materials

The Jungle Elves of the Isles have always considered these trees to be sacred as they said to be gifts from Olxusi, the goddess of the earth, and are considered life-givers to them as their sap is used as fuel and their wood is used to help build boats and tools to go about their everyday lives. To cut one down is considered taboo as to kill one will bring only bring suffering due as animals use it as their homes leaving them defenseless and wandering around the jungle and as the tree takes a long time to grow to full size the people will suffer in the future as the tree is a necessary part of their lives. Not to mention cutting one down tends to lead to a large amount of destruction crushing anything under it and causing the ground to shake. Taking the idea of "if a tree falls when nobody is around does it make a sound" to a whole other level.

Sarudu is considered one of the most valued resources in the region and it is highly sought after by many. But rather than cutting them down which never ends well, as there can only be so many of them around before they are all gone they just harvest the branches when they need to be cut. The branches are large enough to create a large amount of wood to use so it, not a problem as they are as thick as a tree trunk and as long as they deal with excess water that the Sarudu can't take.. Sap harvesting is a different story as it often takes months to get a large amount out of them though. Causing people to either create tree farms or control areas to harvest them. But due to the lack of any government in most of the region, conflicts and hostile take over can happen quickly with new owners taking over at a moment's notice, and as long as the supply keeps coming no one cares who is in control of it.
Beastiary

The Sagas and all Content are © ℗ 2018-2022 Copyright Jester% unless stated otherwise. All Rights Reserved. Art, images, and music are the property of their respective owners. Please report any copyright and any information on content that is not properly credited so I may fix it as soon as possible.
Cover image: by David Clode
Article template
Species
World
The Sagas
Category
Beastiary
Author
Jester%
Publication Date
27 Mar, 2021
Creation Date
26 Mar, 2021
Last Update Date
11 Oct, 2021
Visibility
Public
Views
542
Favorites
15
Comments
5
Work In Progress

Interesting tree and nice article!   A few notes I took while reading:   The sentence after "Water Hoarders" is unfinished. Same for the one after "weapons and armor".   Did you try to look up free pictures of gigantic trees? That would go well with your articles even if they don't look exactly as you'd prefer.   When you say the seeds have wings, do you mean like maple seeds? You could add a picture of that to illustrate that section. If it's not exactly like that, then I'd want to know more about what it looks like. You could add a more detailed description, and maybe make a quick drawing with pencil and paper and say that it's a scientific drawing from your world.   Minor comment, but having paragraph breaks in the text you have in the sidebar would help make the reading easier since it appears as two long paragraphs.   I'm wondering if using only branches and not cut the trees is possible with the wide variety of uses you have, especially for common stuff like farming tools. That would require lots of wood, wouldn't it? How quickly do the branches grow and fall and what kind of dimensions can they reach? You mention with the sap that not everyone is being very scrupulous when getting it, I imagine this could be the same with the wood itself…

Thanks for the read! I quite enjoyed it, specifically the bit about all the different uses, that part was well-rounded and fleshed out.   I noticed that in the sidebar that you use Saudi and Serudu to refer to the tree. Is one of those its plural form?

It just a typo from work correction

Interesting article! The tree appears to have many uses and that part has been well fleshed out. I especially like how it can be used for strong weapons and armors. Nice read!   I noticed a typo in 'due to is need ' should be 'its'. I also think the part 'fate will be decided' should be 'fate will decide'.

I like that it's a simple tree, but still important enough that it plays a big role in the lives of many. I do notice a few grammar mistakes here and there, and your sentences are rather long in places, but still a real nice article!

Oh, completely forgot: While you don't have a large intro paragraph, your first prompt-section already clearly states the use of the plant, so that's real nice.

These sound like a valuable resource indeed! Flammable sap to use for fuel sounds really interesting, and I like the idea that the ground would be flooded if they did not absorb the water. I also like that only the branches are harvested so that the ecosystem is preserved.   However, I wonder how their wood can be shaped into tools, ships or instruments when it is "as strong as any steel that any smith can forge". What kind of tools do people use to cut or carve Sarudu wood?