Spooktober in the Ring of Fire and Dragons 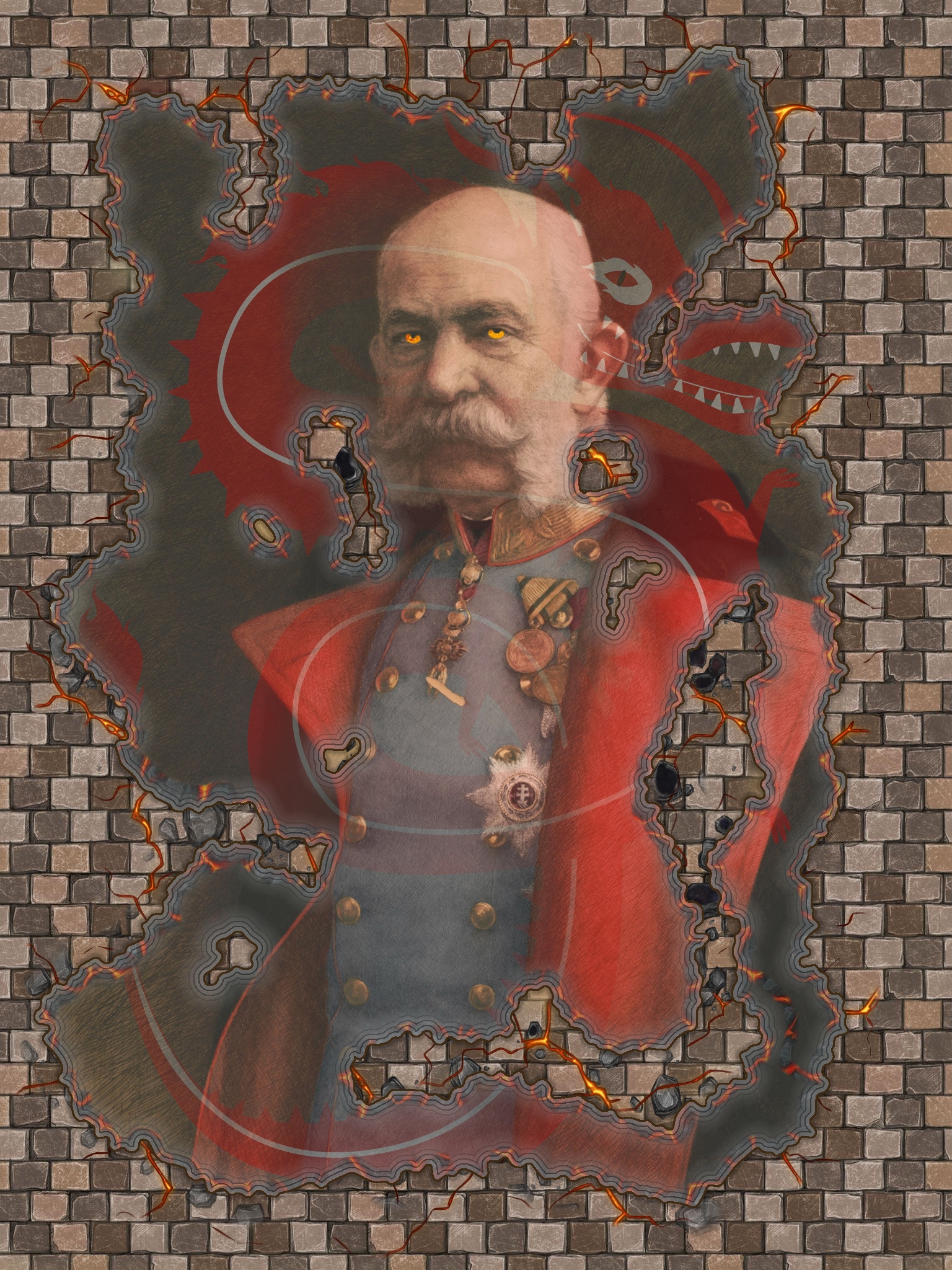 In Vantage there is a room built over the old emporer's box in the areana at the temple of Pasiphaea. Few know this, but the room, about 20 by 30 feet, was built early on in the first few years of the Free Cities. There a larger-than-life size portrait of the Red emporer, Fornradur, is embeded behind the emporer's seat: a bas relief, with guilding and paint ,and inlaied with semi-precious stones. Attempts to damage, deface, or erase it were completly ineffectual. All attempts to cover it up were apparently defeated by the portrait itself. Paint applied on top would evntually flake off after a few hours. Masnory lasted longer, but by the end of the month, it would have crumbled away, revealing the portrait once more. Finally, the new government just had a room built into the areana, containing and effectivly concealing the image. That was over a hundred years ago. Today, very few know about or enter the secret room, where the portrait of Fronradur stares at a blank wall.

Kostos sprinted after his friend, recklessly making skid turns up the switchbacks, arriving at the stones just in time to hear the music stop, see Rafe take her hand and the whole bright shining party, including Rafe, vanish, footprints filling with spring rain.

A murder of ravens roost in the branches of autumn-naked trees by the half-collapsed monastery towers. They can see what the walls hide: a profusion of broken carts, shattered bones, abandoned possessions, all littering the ground near the iron-bound gates. 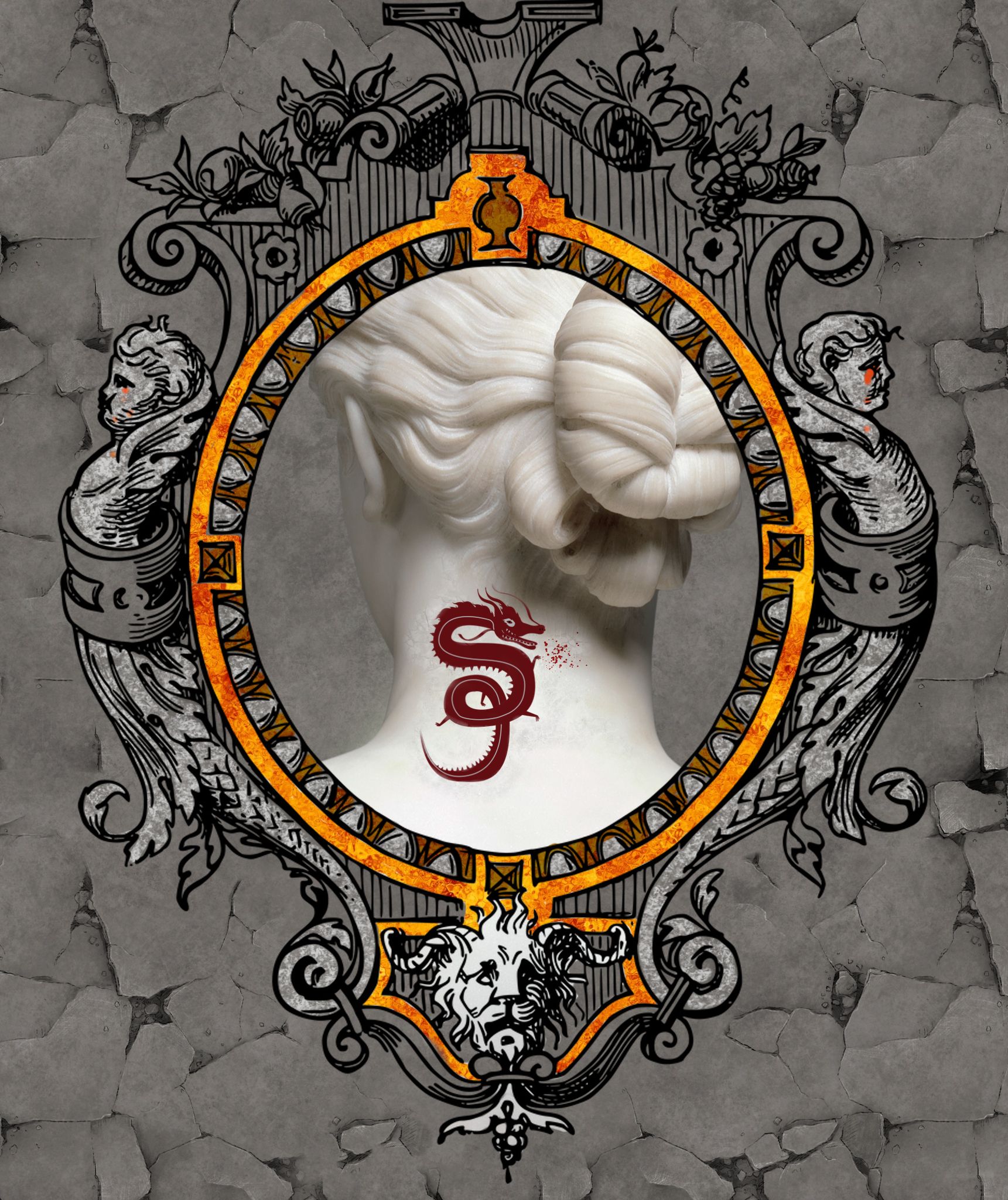 Sapphira tensed her whole body, resisting the urge to writhe, as the dragon wiped her blood from the still seeping tattoo and enchanted it with a drop of his own blood. Draconic magic seared, white hot: warlock's power, but at what cost?

Nökkvi pushed against the damp earth. Shocky, he didn't realise that his leg was impaled on a sharpened stake; his blood soaking the ground. He whimpered. The Hunt's horn sounded; hounds milled about the edge of the pit. They had herded him right into his own trap.

Tria checked the knots on her harnes, clipped in and tossed the free end of her rope into the chasm. As she backed over the edge she failed to notice the sturdy tree anchoring her ropes start to shift, it's roots shaking dirt away like a wet dog shedding water.

In the end it was a single, small thorn that sealed the ranger's doom; one small prick delivered the poison, slowing reactions and blurring sight. The yeti's claws ripped his throat open before he even had a chance to scream.

The creature raised its muzzle skyward and opened its mouth as if to howl. Rafe heard no sound, but his chest vibrated with the ultra-low sonic waves.

She lay belly down on the dock, to more easily reach the water with her cup. But she hesitated, admiring the reflection of the moon in the lake's mirror surface. She barely made a splash when the tenticles dragged her under.