Gwenllian Academy of Arts and Magic

Established in 1340 CE, the Gwenlian Academy of Arts and Magic is a modern liberal arts college serving aspiring scholars from all over Awsranka and the neighboring kingdoms. Located just north of Grytack, it was built on the ruins of the old Klarksen Estate, which was bequeathed to the Eagleswatch for services to the Free Cities of Aethegar. The members of Eagleswatch named the school in honor of their fallen comrade, Gwen Lillycaller, and dedicated it to the mission of education and research.

Today the academy is a thought leader in many areas of magical research and practical application. Launching a novel approach to transportation, Jhaartael Leonelis is leading a new approach to combining magic with lighter than air flight. His new ballooncraft, Sparrow, hopes to break new records in cargo capacity. Harnessing the magical conduance properties of sky blue agate is the focus of Folco Wanderfoot. Last year Folco wowed the research community with his treatise titled: On The Lightening Conductive Properties of Various Materials Ranging From The Metallic to The Organic, with Experimental Data and Illustrations.

St Gwen's is also a leading light in the arts, the conservatory of Bardic studies producing imagers of the first water and musicians who play for kings. This year, the conservatory is hosting the first segment of the Battle of the Bards - a contest for bardic ensembles, which will travel to all five of the Awsranka territories before culminating in Mosfellsbær for the final competion.

Board of Directors are retired adventurers, appointed by the Eagleswatch, later by the choice of the whole board. They approve budget and appoint a President of the academy to run the organization.

The President is a senior faculty member, appointed by the Board of Directors. He or she appoints heads of departments, approves department budgets, heads the academy administration, and is the final arbitor.

Faculty, staff and student body are multicultural and multiracial in composition. So the social culture there is much more inclusive than most settlements in Awsranka.

The faculty are all followers of Ilmater, veterns of battle and exploration, and members of the Society of St Gwen Dragonsbane. But as regards the students, they are somewhat secular, or at least religiously tolerant. Many gods are honored among them, but none openly honor the dark gods.

Goal - to elevate adventuring from pillaging tombs and wiping out "monsters," and to advance the persuit of scientific understanding of the physical and magical world.

A large part of Fornradur's horde was put aside for the academy's endowment. The Board of Directors handles investments, and makes sure the Academy has funds to operate. Student tuition makes up about 30% of the annual operating fund. 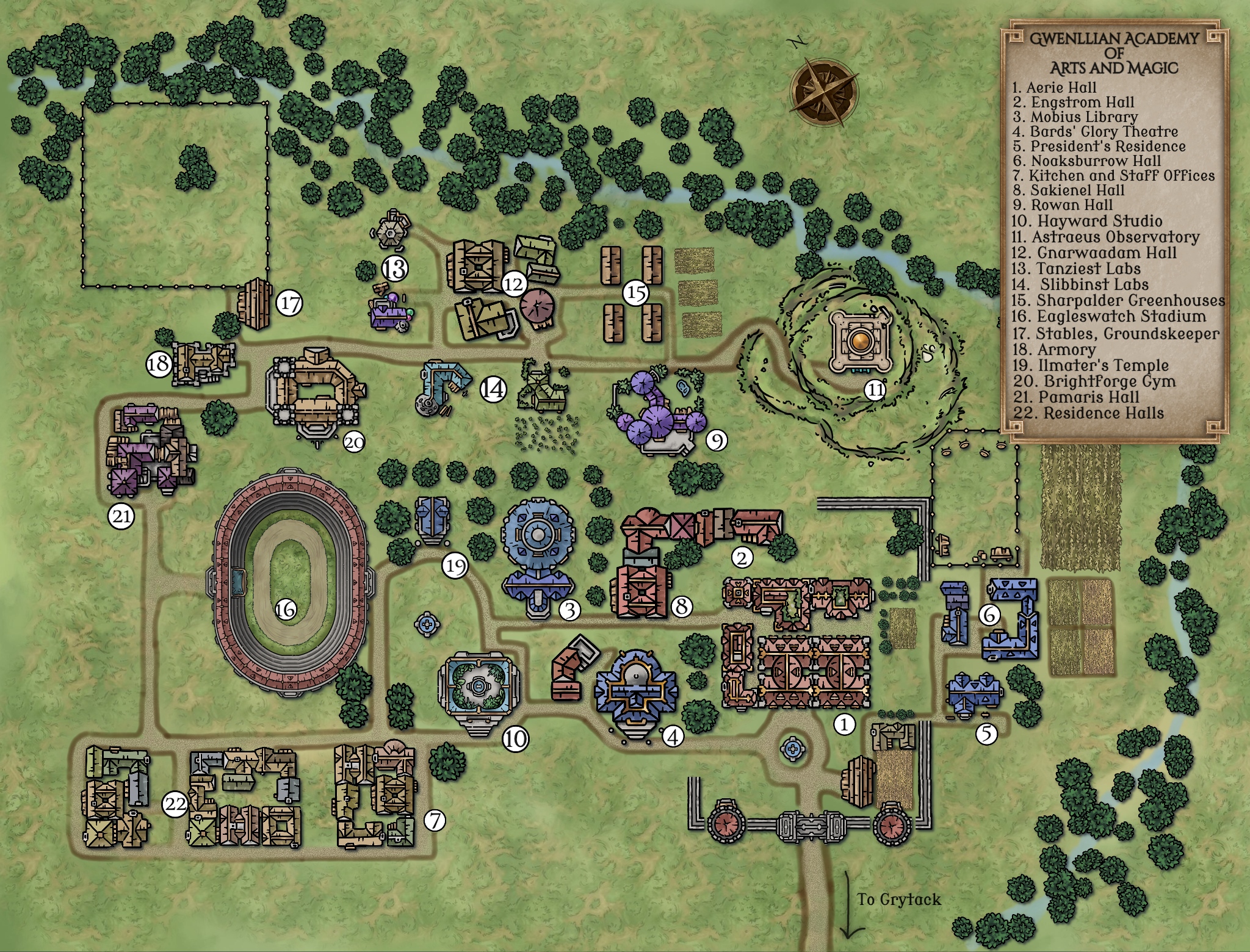 Answering: "An organization associated with governance, leadership or change"
Visit Cassie Storyweaver's Competition Page Check all other answers to this prompt Competition Homepage