Grytack is the second largest town in the Vantage Territory, within the Free Cities of Awsranka. It is located along the Triboar trail, 30 miles west of Vantage. Grytack is also the home of the Gwenllian University of Arts and Magic (St Gwen's). The population was an estimated 1,944 souls as of the 135th year After Founding.

Grytack sits at about 1500 feet above sea level on the eastern edge of the Ryopytav Mountains where the Kuldur River emerges to begin its run to join the mighty Markafiska. While it is not exactly on the Triboar Trail, the Kaldur river is easily fordable there, especially during the Caravan season. Because the riverbed is wide and is prone to spring flooding, a bridge has never been attempted here.

Local agriculture easily supports the town, due to year-round access to water (the Kuldur River), combined with a somewhat dry but sunny growing season. Summer temperature are mild, due to the elevation, and the summer days are very long - on the Summer solstice the day is nearly 16 hours long. In fact, Grytack sits at the beginning of the Winterwheat Valley, an agricultural region that extends east and south along the river as it runs to join the mighty Markafiska River.

Trade is also a major component of the local economy. The Triboar Trail connects Grytack east to Vantage and the navigable waters of the Markafiska. To the west, the trail travels over the Ryopytav mountains at Snow Squall pass, connecting many communities around the Dagger Inlet, terminating in Neverwinter. Since the appearnce of Kraken in the inlet, the water trade route between Neverwinter and Waterdeep has been generally too dangerous to be profitable. Thus, cities along the caravan route have prosperd from a robust caravan system that moves goods an people over the mountains to the riverbarges at Vantage.

As a native son of Grytack, here is what you know of the local history.

A long time ago, Dwarves settled near the canyon to the southwest of the modern city of Grytack. You can still see the dwarven stone crafting in some of the buildings in the oldest quarters of the city. They prospered and eventually a community of Elves driften in and settled very nearby along the major creek running along the northern edge of the modern city.

During the Orcish wars (about, well, a long time ago...) the original Elvish settlement was destroyed, and the elves rebuilt further up the creek. The elven quarter is still the most desired neighborhood, though most of the elves left long ago when the West Winds called. The population of Grytack exploded, however, as random human settlements were destroyed and the population concentrated in areas either a) with better defenses, or b) more remote from the raids. Grytack was both.

The Orcish wars dragged on for ...a long time ... years. Finally, Fornradur the Emperor of the RedBrand Empire, (which included the Central - Southern Ryopytav Mountains, and the City regions of Waterdeep and Neverwinter) declared himself Might Protector of Awsranka. Over the next couple of years, he brought an end to the Orcish war and annexed the Awsranka region. Things were pretty good for Grytack - the commerce west via the Triboar trail picked up considerably) but not so much for the rest of Awsranka.

The RedBrand Empire controlled the area for ... a long time. Back in your great grandfather's day (if he was a human) a group of heros known as the Eagleswatch, defeated and killed Fornradur - exposing him as a Red Dragon. The various cities of the RedBrand Empire went their own ways, with the cities and towns east of the mountains banding together to form the Free Cities of Awsranla.

The cities and settlements west of the mountains did their own thing.

A few years later, St Gwen's college of Arts and Magic was established at an RedBrand Empire Governor's estate outside of Grytack. And that's about it.

The weather in Grytack is semi-arid, with a somewhat Mediterranean climate in summer, but with significant snow in the winter. The pass is only usable April thru October. So in the summertime, a fair amount of commerce goes past and stops by. In the winter, students from the college fill in some of the economic slack. St Gwen's also runs a quarterly (10 weeks, 4x per year) program for adventurers - something of a mission as well as a cash cow.

Within Grytack, in the shattered quarter there is a very old temple, mostly it's chained shut, but you have seen candles lit there along with some few offerings of food and flowers. There is a Shrine to the Spirits of the Ancestors in the Garden quarter, the few Elves in Grytack maintain it, but you haven't seen anybody actually do anything there. You know St Gwen's has a rather large chapel devoted to Ilmater. As for the town, there are shrines to Waukeen, Chauntea, and Silvanus in various areas. The main temple in town is dedicated to Eldath, and that's where those who are of a religious bent worship regularly.

For all that it's not a big town, Grytack does work hard to attract visitors from the Triboar Trail caravans, as well as make it an attractive location to prospective college students. In the summer there are at least two community festivals every month. A traditional Rodeo and Bull Jumping competition is held annually in October at the end of the caravan season. Beltane, Imbolic, Samhain and Lughnasadh are honored in the background, overlaid with standards of modern religions, but the old traditions are strongly adhered to.

Magic is a specialist's domain. It's not uncommon, but spell users tend to drift towards centers of power or money, which Grytack is not. It's still cheaper to buy your daily bread from the baker on your street than it is to conjure it yourself. On the other hand, because of the presence of the college, Grytack residents are much more familiar with magic than residents in similar communities.

Humans, halflings, half-elves and dwarves make up about 75% of the population. There is a very small elven community, mostly concentrated in the Garden quarter, and a small smattering of everyone else. Half-orcs are tolerated, as are dragonborn and tieflings. 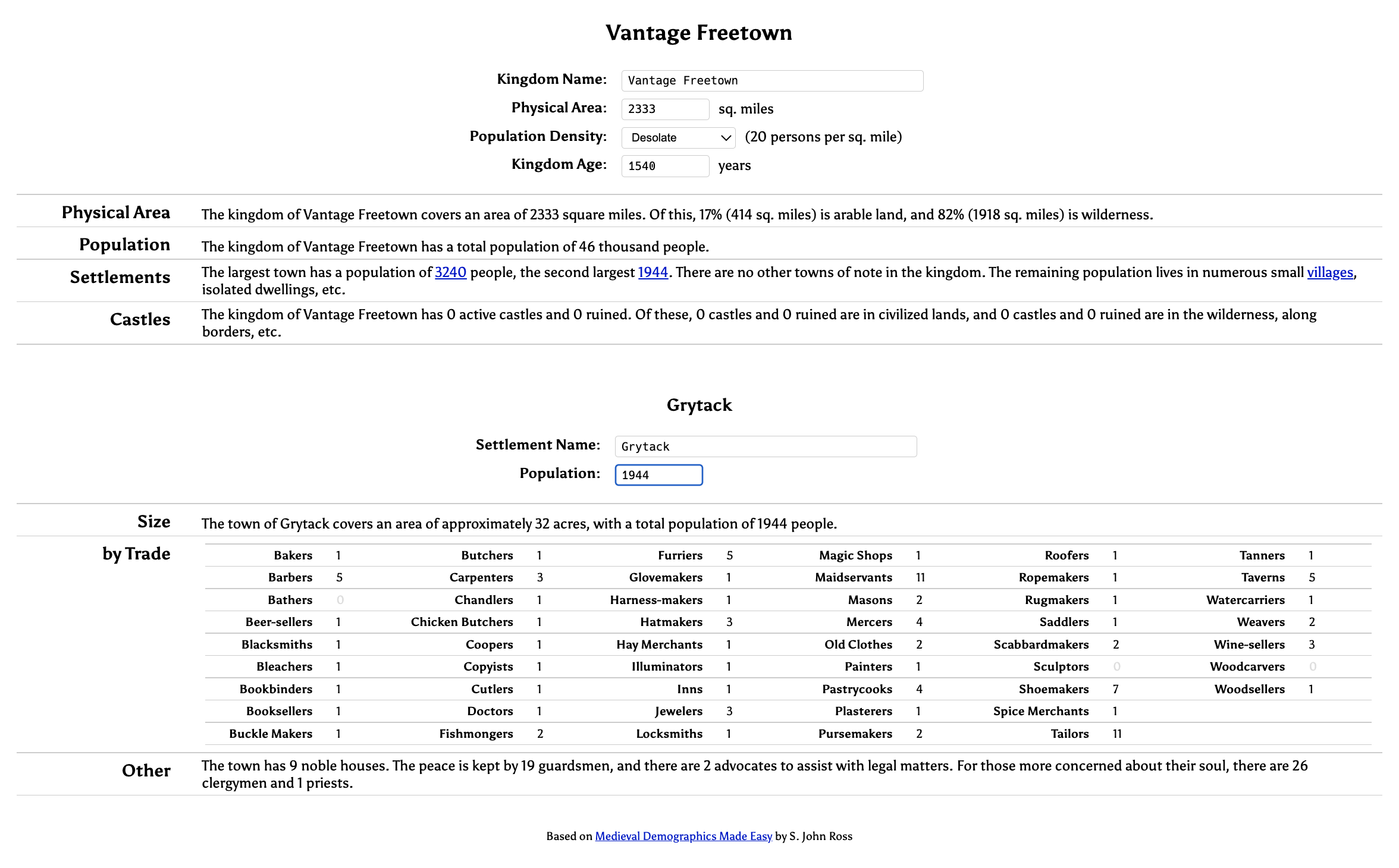 Government structure: City council with hired city manager. Nine members of the city council: one dwarf, one halfling, one elf, one human; these members are generally, but not "officially" heriditary. Five elected by popular vote, from any community

The old dwarven mine has been closed since the Night of Shattered Stone. Nearly half the dwarven community was rumored to be lost in that disaster. Also lost was access to the oldes dwarven crypts. Sometime that same year, the oldest temple in town (dedicated to three dwarven godesses, no one can recall who) was abandoned, it's doors welded shut.   The Grytack Ford was the site of a significant (to the city anyway) battle towards the end of the Orc wars. A lucky person might find an ancient ring or dagger there...