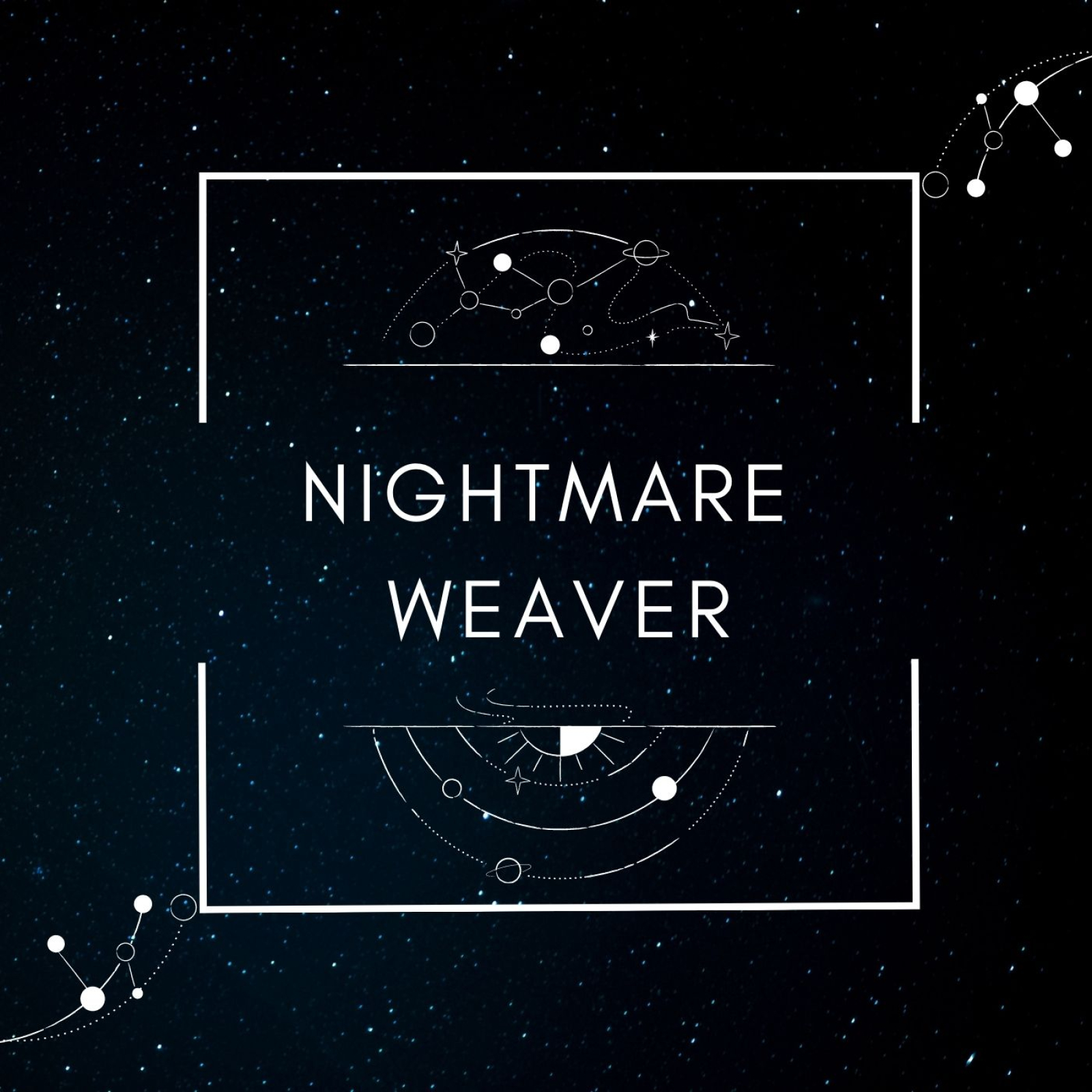 The Nightmare Weaver originates from the world Xyn by Akiyas.
In the era after discovery, Aten, then known as Earth, began to weaken. The natural cycles of the planet became disrupted and the flora and fauna began to suffer. Many species began to die out. The people of Aten were split in how to respond. The economy was flourishing. Luxury was the average. People did not experience need. But the methods that led to this life of luxury were also killing the planet. By Year 70,000, the surface of Aten is deserted. Many animals and plants had perished. Only a few were able to adapt. The people moved from their sprawling cities to underground compounds. Disease, hunger, and suffering became the norm. But there was still time to change and save the planet.   On one fateful day, the skies of Aten flashed a deep violet. Shades of purple inked through the sky as the planet was shifted in its orbit. A young woman fell from the skies to the earth. She became known as the Nightmare Weaver. From this point on, what life was left on Aten began fading with no chance of change. Aten officially crossed the point of no return. The planet Aten died on that day.

This is where the worlds of The Rift and Xyn converge. The worlds exist separately in their own universes and on separate timelines but cross into each other at various points during the duration of each story.