The Cult of Samedi is a pseudo-religious cult primarily made up of Red-Afrikans who roam the plains west of the Tempe Penisular. Notably insular, the Cult of Samedi worships Baron Samedi as their Patron God, protecting them both in the mortal world and in the spiritual world which comes after. Although relatively hostile towards outsiders, the group tends to avoid involving itself in other groups, instead preferring to remain isolated and independent of what is considered to be the petty conflicts of the mortal realm.   The cult is known for its rather decadent lifestyle, with alcohol, drugs, and so forth not merely being accepted, but actively encouraged within the close-knit community. The group is considered to be an exception to similar religious organizations, as it follows a more morally positive dogma than most, prioritizing the simple joys of life over trying to acquire power or wealth. Financially wealthy, the cult is primarily financed by the rum and narcotic trade.

The cult is led by a male Oungan and a female Manbo, who hold general authority over the group. Unusually, upon the death of either, a new Ounagan and Manbo are immediately elected from amongst the married couples of the community, with the previous remaining Ounagan/Manbo being required to step down following a lengthy ceremony. The Oungan and Manbo are affectionately referred to as 'Papa' and 'Manman' respectively. Often their decrees and orders are abided by not out of fear, but out of respect and love for the group's parental figures.   The Oungan and Manbo do not lead the tribe alone and are free to appoint as many 'Guede' as they want. Although mainly a ceremonial title, the familial nature of the group lends them a great deal of influence and authority, although nobody is compelled to bend their will to them. The Guede often serve as representatives for the Oungan and Manbo, leading in their place and serving as respected pillars of the group.

The Cult of Samedi primarily focuses on the worship and veneration of 'Baron Semedi,' who is believed to hold full power over life and, more importantly, death. The group views death in an almost concerningly positive way, believing that the soul transcends from the material world to the spiritual one, wherein Baron Semedi rules over the dead in the land known as 'Ginen.' The spirits of the afterlife fall into two classes, those who Samedi chooses to rule alongside him, and those not chosen who are destined to remain in ignorance and limbo. Being chosen by the Baron is a great honor, and according to the group's beliefs, only those who live a similar lifestyle as him are chosen, hence their own focus on basic pleasures.   The group places a large focus on entertainment and communal events, with song and dance playing an extremely prominent role in religious life. Impromptu sings along can spontaneously begin during congregations, and often most of such congregations are dedicated to singing and dancing as the attendees partake in rum and cigars. Parties also play a central role, although to many outsiders the difference between casual parties and religious ceremonies is negligible.   As the group worships death incarnate, funerals are perhaps the single most important religious and community occasion. Funerary traditions are both complex yet casual, as the spiritual consequences for improperly mourning those who pass are grave. For three full days prior to a funeral, celebrations and parties are held in the name of the deceased, and it is customary to drink whatever alcohol they have left behind. Funerals themselves are equally celebratory, as death is not seen as a tragic event but a transformative one. The body is dressed in flamboyant clothing which is believed to please the Baron in the afterlife, and alcohol and music are extensively featured. Following a jovial hymn by a Guede or, in some special cases, the Oungan and Manbo, the body is taken outside and buried in a cemetery. It is customary to leave a bottle of rum for the deceased in the following weak, so that they may celebrate being chosen by the Baron.

The Cult of Samedi is equipped primarily with semi-automatic firearms, many of which are self-made. Although the cult worships death, this does not make them suicidal, and they are zealous in their willingness to use violence to protect their families and way of life. Due to the cult's insular outlook, they seldom find themselves in armed conflict with other groups, and often there is little reason for conflict in the first place bar competition over limited resources.   One point of contention, however, is the cult's involvement in producing and distributing alcohol and narcotics, which often draws the ire of criminal gangs, both petty and organized. Unlike criminal products, however, the goods that the Cult of Samedi produces are considered a high-value commodity by almost everyone, and even the most brutal of criminal gangs respect the cult's dedication to producing quality goods. The cult's involvement in this trade is perhaps it's only true connection to the wider world. 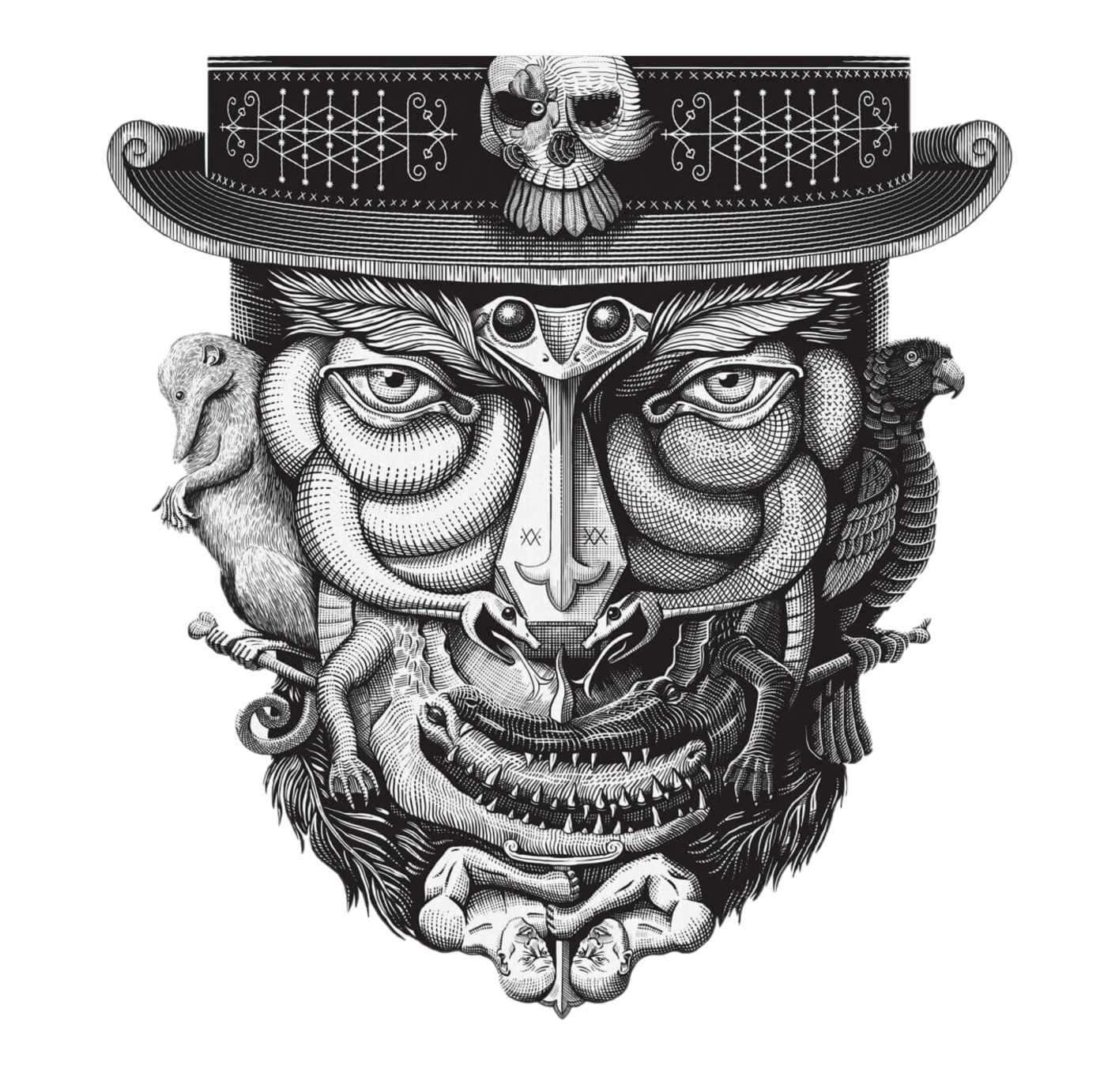