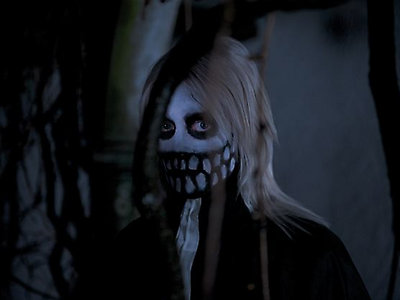 The Volaines are known to place a special emphasis on purity, primarily on a racial and religious sense. However, this also extends to their beauty standards and particularly pertains towards an individual's face. While face paints are common during holidays due to its religious implications, embellishments on a day-to-day basis as well as any features that "distorts" the purity of one's face are often looked down upon. As a result, blemishes, freckles, scars, and especially tattoos are considered unattractive. Although while facial tattoos may have increasingly risen to prominence as a means to indicate one's social status, in no way does its implications represent prestige.

Deemed as the lowest of the low by society, the faceless ones are individuals who are ostracized by society. They are therefore required by law to be branded with a tattoo that fully conceals their facial features. The tattoo often resembles a hollow skull, but some variations may occur. This practice was initially a method for punishing criminals, but an increasing number of heretics, apostates, as well as half and non-Volaines make up the majority of this group. As such, this ultimately reflects the Volaines' deep resentments towards the foreign powers who had encroached and exiled them from their homeland.

As a segregated group, a faceless have very little rights (if any) and are prohibited from observing any social and religious customs. Such acts include but aren't limited to: