While Castle Ravencrest and the lighthouse atop Widow’s Point stand as noted landmarks in the city of Seahaven, one other edifice towers over the urban sprawl; yet is only mentioned in hushed whispers. Situated on the southern edge of Shanty Town near the Harbor District, The Dreadspire casts long shadows over the homes and the history of Seahaven.


Gareth crouched on the edge of a ceramic-tiled roof, and his cloak fluttered around him as the storm gusted. He pulled the hood low, deepening the shadows cast over his grizzled countenance. He wiped the rainwater from his face with a gloved hand, the rasping of his stubble on the leather drowned out by a crash of thunder. The flash of lightning that accompanied the sudden clamor illuminated the most feared place in Seahaven: The Dreadspire.   Towering above Shanty Town like some twisted guardian of the wretched, the tower rose hundreds of feet above any nearby structure. At its base was a grove of trees that had not born leaves in the memory of any man or woman living within the city. Despite their dead appearance however, their roots refused to release their hold on the sand-crusted soil.

The Lord of the Rings: Bree by Ilya Nazarov

Built atop a short stone hill, the tower's foundation sits well above that of any of the surrounding structures. The Dreadspire itself is constructed primarily of limestone quarried from the hills to the west of Seahaven, with columns and other accents of cloudy grey marble and blood red granite. The first four floors are squares of an equal width and rise in a sheer wall supported by flying buttresses jutting from just above the fourth-floor ceiling; carved with ornate decorations including looming gargoyles atop each peak. The fifth floor is square as well, but slightly smaller than those below. The sixth and final floor is taller than the rest and circular in shape. Large windows encompass the entire circumference of this section, creating a gallery with an unobstructed view over the entirety of the city.   Several smaller towers surround the main building, each no more than two stories tall, square, and squat in stature. Several acres of desiccated grove surrounds the tower, and this is ringed on all sides by a tall brick wall. Only one gate leads into the estate, a high-reaching barrier of wrought iron flanked by hideous gargoyles that seem ready to pounce upon any interloper who dares to disturb the unhallowed grounds held within.

The history of The Dreadspire - like that of the history of Seahaven itself - is both bathed in blood and shrouded in the mists of lost legends. The most commonly accepted tale of the tower's origin is that a wealthy merchant built it as an estate for himself and his family. He is said to have been an attentive businessman, so much so that he never wanted the wharves and warehouses under his purview to be out of sight. In the interest of this, he determined to build for himself a home that would tower high above the other buildings of Seahven, so that he could watch the business of the harbor from the comfort of his estate. 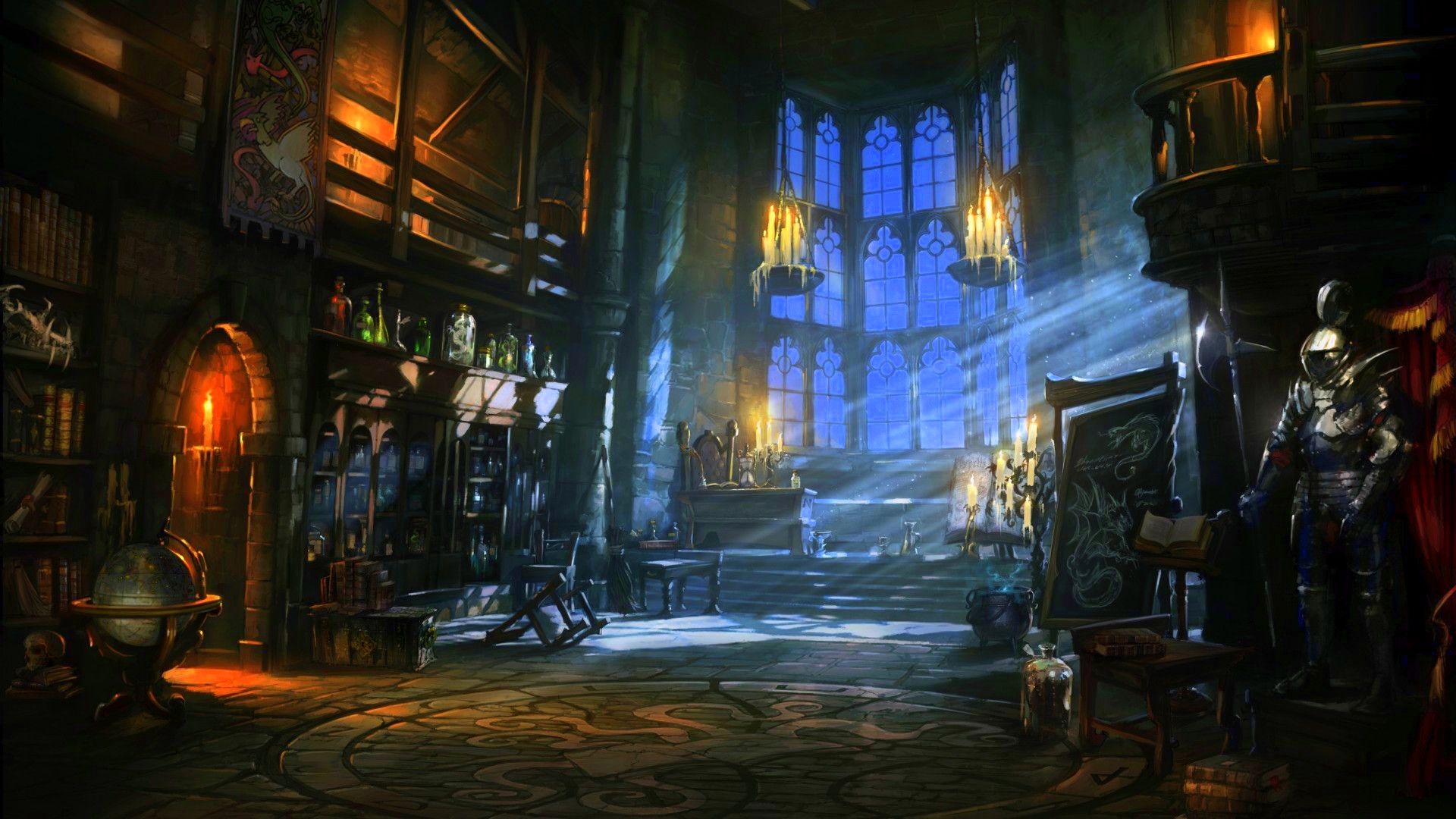 Shortly after the tower was complete, the merchant moved his household into the compound; including his young wife and four healthy children. Within a moon's turn of occupying their new home however, it is said that the entire household - to the last servant - was found dead within the walls of the main tower.   The centuries-old tale has many versions, and the fate of the tower's occupants is where the details diverge greatly. Some say the entire household was murdered by mercenaries hired by a rival merchant, while others say that every soul within those walls took their own lives. In dark corners of the Harbor District taverns, old sailors paint images of bodies flayed of all their skin and arrayed around the main dining hall in some sort of macabre puppet show.


Sat around the table they were, as if settling in to sup like any other night. Yet none of them, not even the children, had a scrap of flesh upon them. They sat there with their insides on the out, while their skins hung on the walls behind them like a bunch of bloody tapestries. Overheard in the Lusty Mermaid tavern.


In the three and a half centuries since the tower fell into ruin, any actual knowledge of what happened within those accursed walls has been obscured by the mists of time. In truth, only the oldest among the immortal vampire lords of the city know the truth of the Dreadspire. The fact that none of them have claimed the site for themselves is evidence that the truth of the horrors that occurred within the tower is far more dire than any fanciful tales told in the bayside taverns. 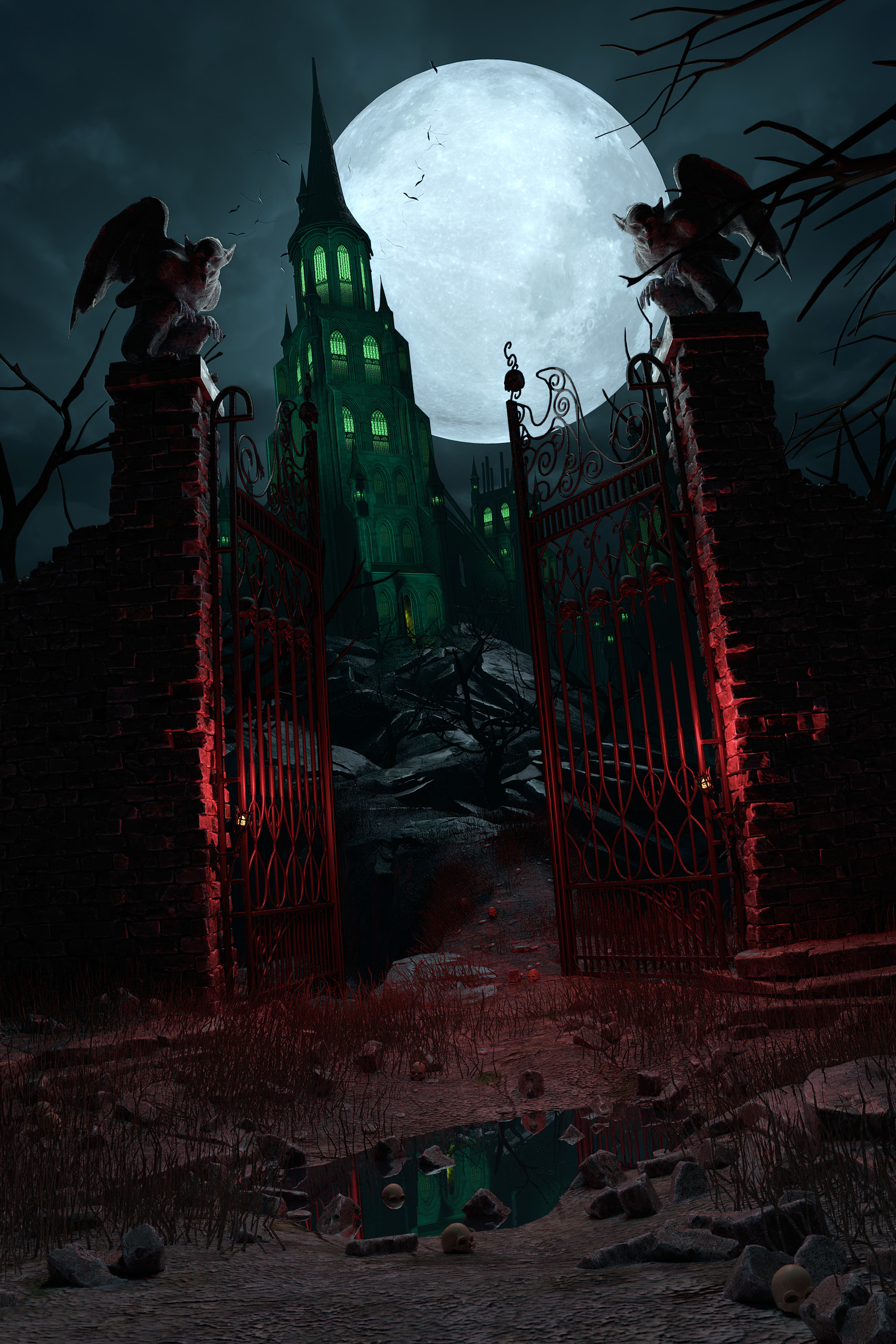 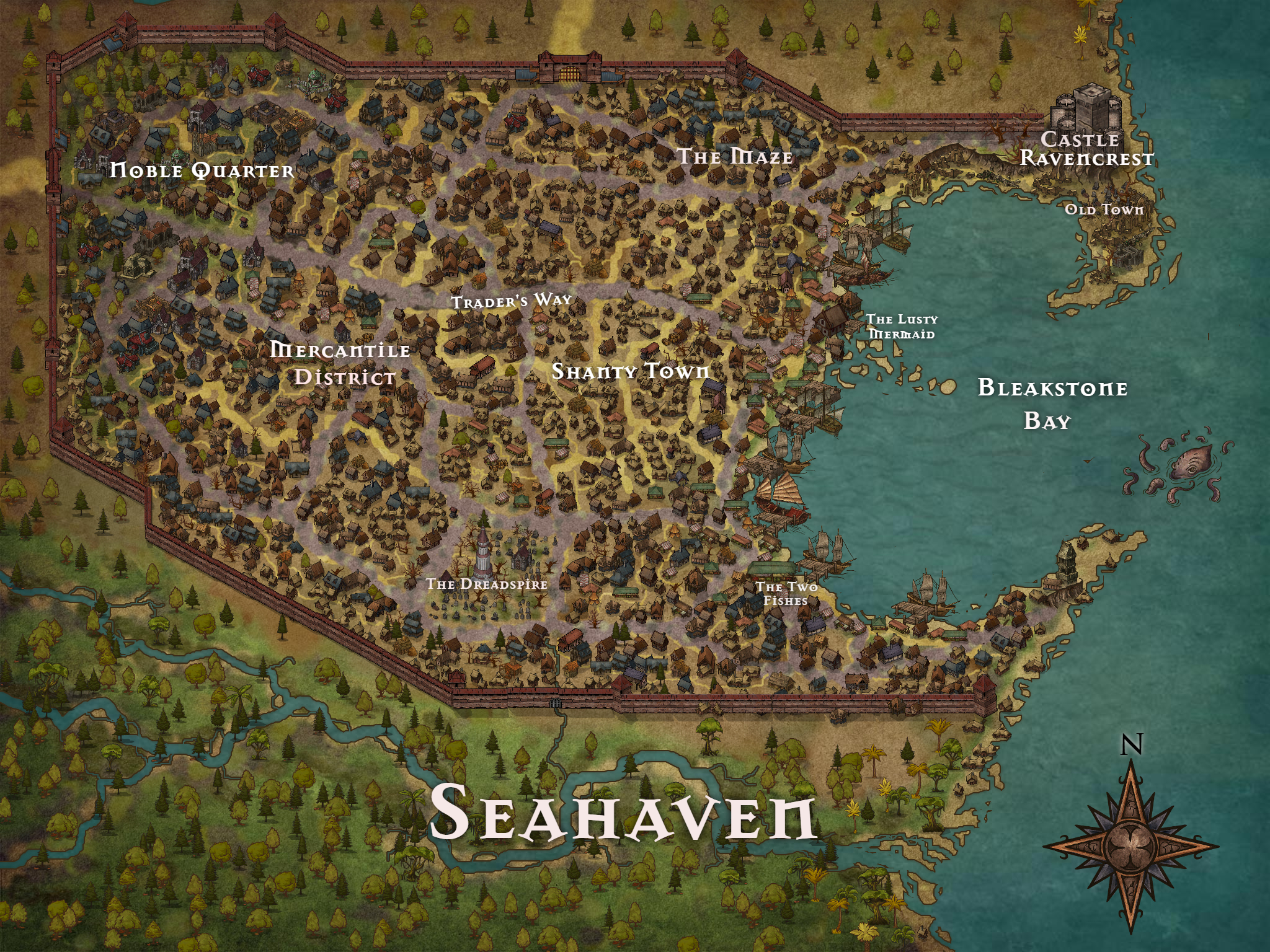 
Many an intrepid treasure hunter have ventured onto the grounds of The Dreadspire over the centuries, and those few who have returned alive tell of unimaginable horrors. Most of these shattered souls never even made it into the tower itself. It is commonly accepted by the people of Seahaven that the grove of dead trees behind the imposing walls of the estate is haunted by the spirits of those who died within.   Tales of spirits roaming the grove and seeking to prey upon the living abound, but in addition there are many other rumors about the ruined estate. The imposing gargoyles that flank the property's gate are fearsome idols designed to ward off unwelcome guests; and some say that when the grounds are trespassed upon, these silent sentinels come to life with the sole desire to rend the flesh of those who have disturbed their rest. Others say there is a demon living within the tower, and any who dare tread upon the unhallowed ground are set upon by legions of the restless dead spurred to obey his commands even in death.


Cult of the Shadow Queen

There are whispered rumors of a shadowy figure known only as the Shadow Queen. Those who dare speak at all of her tell of a woman who seeks to overthrow the aristocracy of Seahaven. While she could be seen as a paragon of the common folk for this ambition, the tales are burdened with tell of murder - and worse - among all castes of society. Every soul in the city from the lowliest dock hand to the wealthiest merchant have long been used to watching the shadows and over their shoulders, but this new threat strikes a new terror as it seems to walk among them in plain sight.   Masked figures have been seen meeting in darkened alleys and abandoned warehouses. They have been spotted most frequently in the abandoned neighborhoods near The Dreadspire, leading some to ponder whether the Shadow Queen had claimed the long-neglected tower as her own.

Excellent work fitting an excellent writter. I really liked it. and the shadow queeeen! That's my favorite of this article. :)

Pressed leave comment too soon sorry. I get excited. So the only qualm I have is the theme and how it does quote text. It's pretty dsrk and on my crap PC and mobile its hard to read but that's my problem not yours lol great work all the same.

This is a fantastic article! I love the description and the Horror atmosphere you manage to build Throughout the article. It definitly hooks the reader In and now i want to read the ravencrest chronicles badly. The quote at the beginning is very useful for capturing the interest. Again the best thing about this article is that you manage to captivate the reader and capture their attention easily. The history behind the tower is interesting to read and continues to give me goosebumps as i read it. The story about the shadow queen is also harrowing to read and Is also a nice touch. I cant wait to get my hands on my copy of Seahaven to read more about this. Congratulations and keep up the great work!