Land of the Gods

South of the sea, this coastal country is a beautiful place of tropical forests and enormous mountains, inhabited by a large and ancient empire on the coast, renowned for their knowledge of philosophy, sword fighting and agriculture. The arcane there is looked down upon, and many pursuers of these arts end up in Vostroya to learn. Slaves are abundant, coming from Mestotetmo and the vast southern desert, arenas are everywhere, it's basically the roman empire with an Indian flair.

They are governed by Emperor Udana, who has his seat of power in Shahar, and controls the once free cities: Sodraga (the sword), Dhaal (the shield), Taaj(the crown), Hathauda (the hammer), Bangaraga (the port). Shahar is the capital and largest city by far, it sits on the eastern side of the continent, near Mestotetmo.

War in the South

Every city has its traditions and many cultures in Tat Kvaab clash because they are in the same Empire. The Emperor is waging war in the south for a valuable resource, oil. He knows the industrialization is nigh, and that soon all engines will be using petrol. But the desert folk are tenacious and fight back every time, he is hell bent on them. There are also many islands inhabited by self-acclaimed governments, but now they exist only by the will of the Emperor. 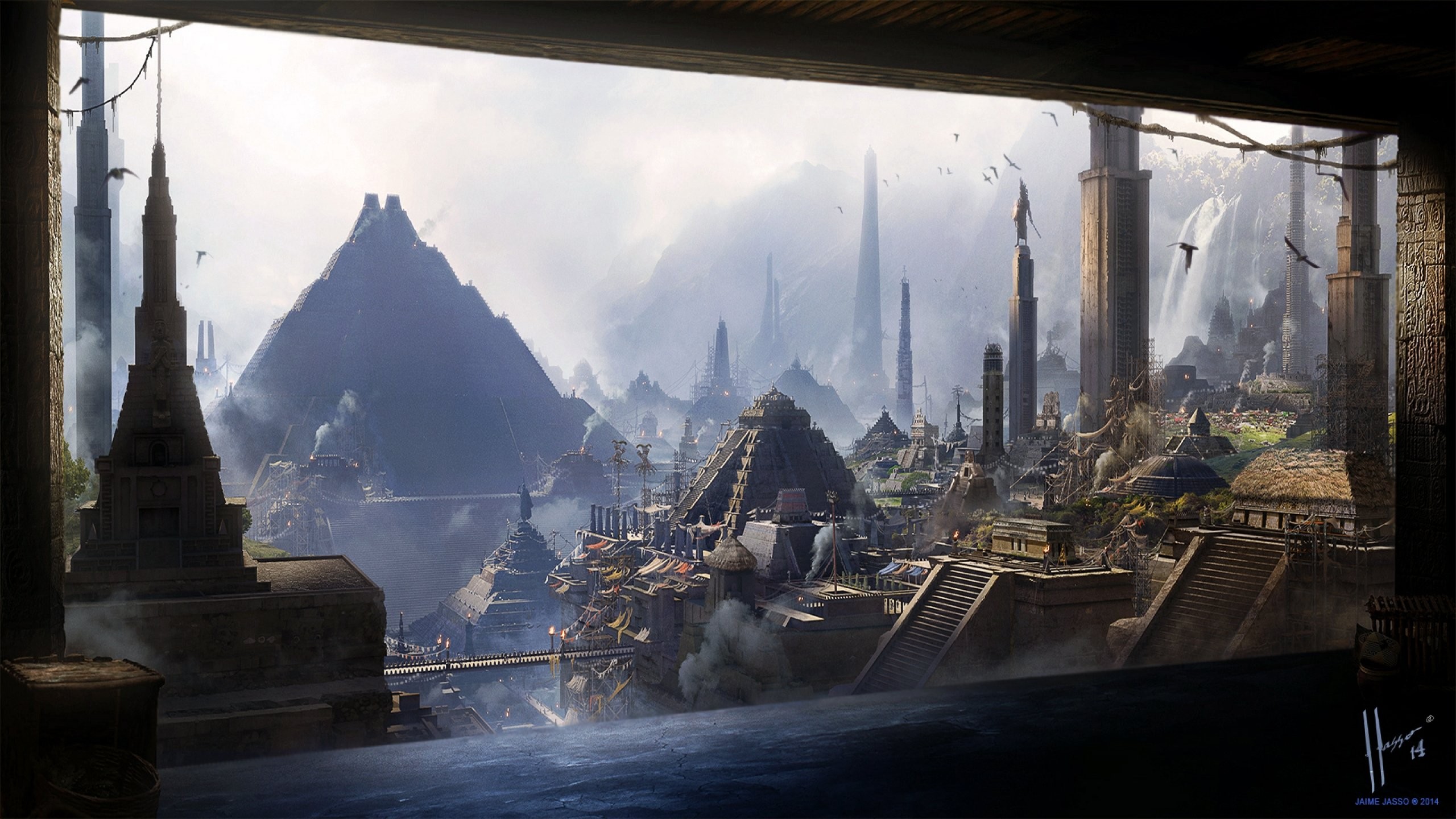 There is a lot of wilderness between cities, so they are hard to coordinate, and not many thrive inside the continent. Only Hathauda has its mining resources at the base of Mt Janjeer. They mine adamantine, and have a signature heavy infantry flaming unit dressed in the material.   Sodraga is at the edge of the desert, it is a military front that trains phalanxes, Sodraga was once a free desert city named Carthage.   Bangaraga is the closest to Vostroya and the cultural hub of the Summer sea, between it and Portemort, many trade and a lot of coin is made.   Taaj is the bank city, where the riches of the emperor are stored, it is a vacation city for many high class citizens. It is located in the mountains in an isolated place only accessible by flight, or a small river that goes into the mountain itself. It is a  settlement outside the city of Adamantium, which is ruled by dwarves.   Dhaal is a fort around which a city was built, a coastal naval fort that is on the eastern coast, south of Shahar.

The Kvaabi believe in a strange religion that involves the planets as the gods, they believe in the light of the cosmos, and that someday elder beings will block the light and thus the life. All cities have different representations, but all look upon the sky as they pray. They have most of their ceremonies at night.   Mandir is a temple on one of the peaks of Mt Janjeer that is home to the monastic tradition of the stars. The trial is to find the temple, first. It is mostly empty now because of the lack of drive the country has received.   The Gods manifest themselves in some individuals, sorcerers are worshipped in their village before they turn 20 when they are sent to Shahar to serve the emperor. But no one knows what happens inside the palace.

It is tradition to weigh the biggest testicles in a slave pen to determine the riches of one, when negotiating slave prices and reputations.   Giving a name to a slave is like giving a name to a single grain of sand   Kvaabi military always uses Molotov cocktails and their use is overwhelming in the poorer cities   Kvaabi are usually shorter and skinnier than most other humans   Once every year the city states present gladiatorial games in Shahar   Shahar is so big that you could die by being trampled   Taaj is said to be the muse of any banker   When you want to say something is impossible, you say it is like selling sand to a Sodragian.   It is often said there are more Vostroyan criminals in Bandaraga than in Vostroya itself.   You could buy anything in Tat Kvaab, but anyone can take it from you. When a man tries to seduce a woman too high born for him they say he is trying to take Dhaal.

Slave your way to Godhood