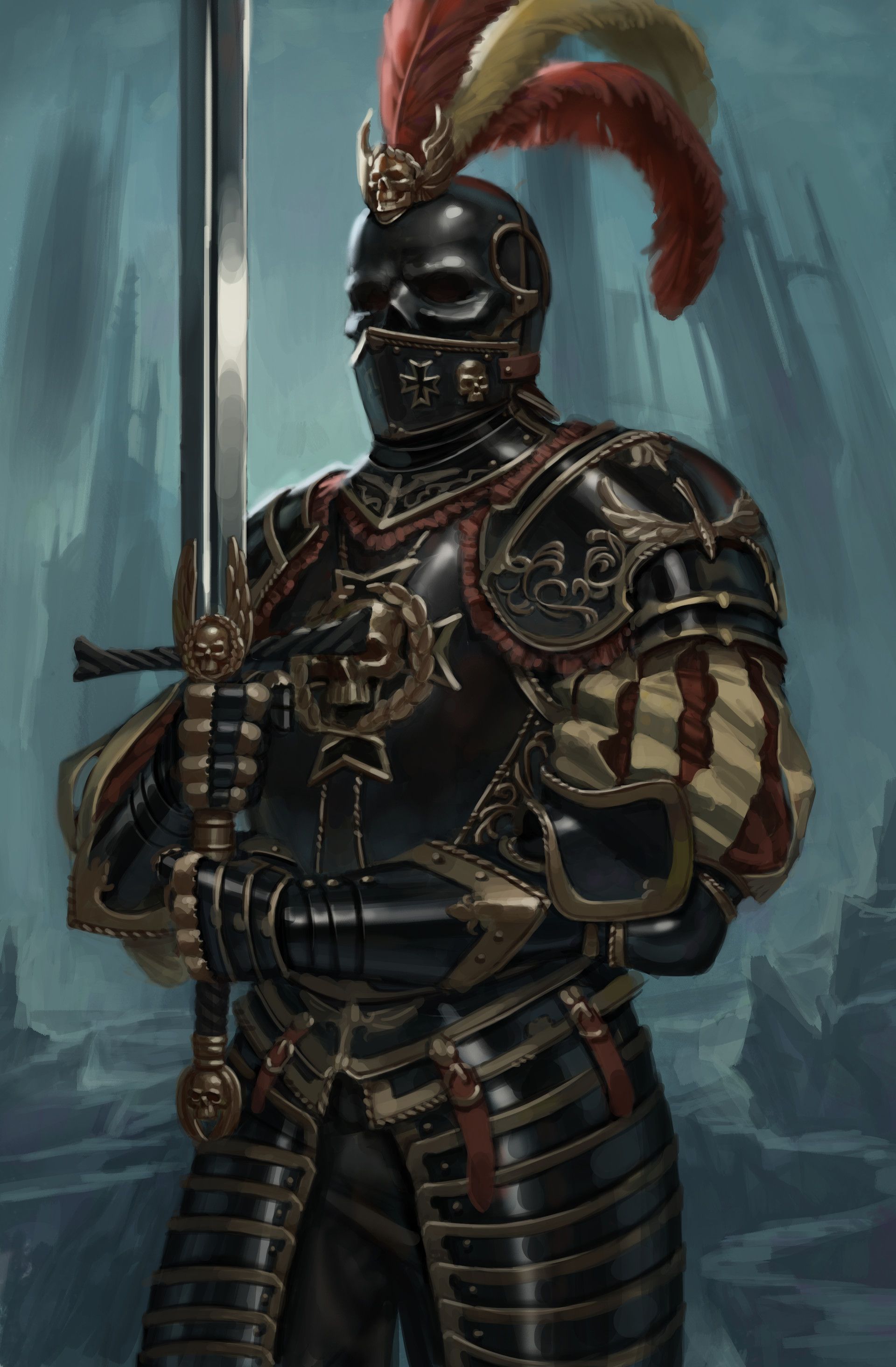 Sir Edward, also called Eddy by the masses who are aware of his fights, is the judicial champion of the crown in Vostroya. The story has it that he swore an oath after the Cataclysm in Naggaroth to always protect the word of the King, and the law of the country, until death. So far, Eddy has defeated every foe that demanded a trial by combat against the King. Many speculate that his identity is just a mask for the best champions in Vostroya, that Eddy is but a legend and he is commemorated through the body of another warrior, since his armor completely masks his face. He wields a great sword named Coda, said to have tasted every blood in the Old World.   The latest trial in which he is supposed to fight is the Franz vs Vadim case, to which Franz demanded trial by combat after being accused of conspiracy against the crown by the King himself.