Kot is the unofficial Capital of the Fire Valley, where the Magmer live. It is built from the dark volcanic rock that surrounds the area. The buildings have flat roofs, which enables the Magmer adulthood ritual of sleeping on top of the World (which just means on top of ones own house roof). The towers of the village are 3 stories high, while a normal family home usually only has a ground floor. Kot lies on the shore of the Hot Sea, making it a popular place for hobby hikers and sea explorers. The cliffs are high enough for the sea's mist to stay far under them, though.

The Flag of Kot was designed by a small team around Togu'a, the founder of Kot. It visually resembles the geographic of the town. The blue stripe on the left resembles the Hot Sea. The red stripe at the bottom resembles the Liquid Lava, also called Tof, that is flowing under the town. The black background resembles the dark grey and black landscape of the Fire Valley, as well as the dark rock used to make all the buildings in Kot. And finally, the red circle with the six black spikes resembles the rising sun over the mountains of the fire ring, that can all be seen on the horizon.

People that go the career of a governor become governor. The governors decide on laws, enforce them, protect the city from exteriors and make sure that trade relations with other cities go in Kot's favor. They also decide what to do when natural catastrophes occur that are worse than the daily eruptions.

Read more: The Government of Kot

In the North, Kot is protected by the Hot Sea. In general, the environment doesn't allow for many other beings besides the Magmer to come close to the Fire Valley, which makes the area quite safe for them to live in. The government also periodically sweeps the streets to look for dangerous beings, but haven't found any since the foundation of Kot.

The people in Kot live by trading their art, medicine and scientific achievements for wheat from the west. They can almost survive just by digesting the sulfur gases that blow over the city, which allows most of them to make creative work and research, which other magmer pay with meals voluntarily.

By their direct access to The Cliffs and their large number of artists and scientists, Kot is a popular place for the wandering traders of the other magmer settlements, who mostly bring wheat from the Wheat Sea.

Most houses in Kot only have a single floor. Those that have more are the school, that is made up of two buildings with four floors each, the government place with three floors, as well as various research labs.

In the middle of the city there is a Market Place, where traders fulfill the service of conveying people who have and need certain goods and services. Food comes almost exclusively from the western city Lak.

There are voices in Kot that believe they should have their own agriculture to become independent from Lak . This is impossible though because they neither have fertile land within reach, nor do they have any kind of riding animal that could bring them to the Wheat Sea.

Kot was just a collection of houses near the shore, which one day just became the largest of its kind. Once, the people were coming here with enough wheat to survive a year at most, and they would periodically make the long trip to the Wheat Sea to survive through, or stay awake at night to catch some scale mice. At some point, the settlement became so big that the people collectively decided that someone had to rule it to ensure peaceful life together. Ever since, those who want to take this burden can do so, and without any bad experiences so far, it probably wouldn't change soon.

The buildings in Kot are made from the same black or dark grey volcanic rock that surrounds them. Their form is mostly rectangular and boring. Their sizes reach from 5x5 meters to up to 30 meters long. Most of them are just about three meters high, just enough for one floor.
People adorn their private houses in two ways: The first is to make big paintings or scriptures in The Magmer Language on their outer house walls. The second one is to put sculptures on top of their roofs - which are always flat. These sculptures are usually just artistically chiseled rocks that bring a little bit of variety into the boring landscape of flat roofs. 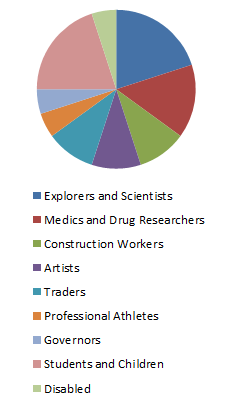 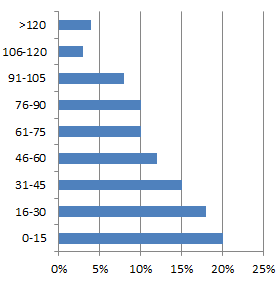 It is the first night of spring, year 992. The Namut, the most lonely of all mountains, has just erupted, announcing midnight as in every night. The ground softly vibrates under the homes of the cities. The grey and black cliffs of the capital Kor slowly stop moving for the first time in this spring.
[...]
The distant stars sparkle in the dark night sky over the Fire Valley . The white and blue milky way glitters through the black and red of the cloud and smoke that is carried over from the far mountains. Namut. Smaw. Lnut. Atmod. Mod. Dot. The spectacles of the Fire Ring enlighten the Fire Valley night for night. The few open magmer eyes are gazing at the spectacle, slowly being weighed to sleep.
[...]
Behind the smoke and spark, the full moon shines over the Hot Lake. The sparks and occasional hot bubbles peacefully disturb the view, adding a touch of movement to the scene. The spring adds a sliver of warmth to the breeze of wind. A few red moss patches decorate the dark rocky cliff of Kor, the unofficial Capital of the Magmer Race.
— An artist's description of the land

This is a very detailed article. Good job!

Thanks. ^^ To be honest, I didn't expect anyone to find this article anymore. But looks like someone did. Nice.