Squeezes article in just before the deadline
"One badge, please!"
I procrastinated faaaar too long on this, and as such I won't bore you with a long introduction. The 'lessons' I've learned from each article are bolded in the paragraph regarding the article in question.

An Explorer, Researcher or other character motivated by discovery.

I didn't expect to enjoy this prompt as much as I did. While hashing out my ideas I realized that my original concept for the 'leader' prompt, Dr. Gearmo , fit the 'Discovery' Prompt far better, despite originally being conceived as a manager/leader of the medical team at an immigration facility. While writing his history I discovered his love for learning, and moved him over to this prompt while I grabbed another character from my 'to write about' bin.

Character | Jan 27, 2023
Children are often considered to be the most curious among us. Therefore it should be no Surprise that Wordigirl's character associated with Discovery is a child. Or rather, a pre-teen. With brilliant curiosity and a penchant for adventure, Jenny Ford is quite at home with her fellow W.I.L.L.O.W.I.S.P compatriots.   This being said, The article is the epitome of brief and offers little insight into just what Jenny finds inspiring or interesting. A Character being curious is a trait, but a well-developed character has a few particular interests that highlight their personality.

Sometimes known as the ever-hungry or the friendly cannibal, Talak knows that someone has to figure out what's edible and what isn't, and decided he's the one to do it. He has cooked and eaten his way across Araea ever since.

Man, if anyone knows how to knock prompts out of the park it's Qurilion. Talak the Devourer is not the character I imagined when I first read the title of the article. Yet this upbeat connoisseur of the deadly is probably one of my favorite characters out of the ones I've read. He's just outlandish enough to be unbelivable, yet grounded and kind enough to feel like a 3-dimensional character. Protagonists are not the only characters bound to have outlandish lives, and it is background characters like Talak that give the world (and its many dishes) its flavor.

Character | Jul 16, 2022
It's hard for me to write villainous characters. I'm a nice person by nature, and try not to let too much trauma happen to my precious babies. Perhaps that's why I find Librarian Stitchscar so interesting. Not only did she descend into the depths of Hell and become a Librarian of the Occult, she did so of her own choosing, even when that meant the violent death of another. Characters take all forms and personalities, and too many characters with similar desires or traits makes for a dull and boring world.

A Myth or an Urban Legend about a "Monster"

This was probably one of my favorites to write. While I have always believed that a good world should have at least one ghost story, my imagination seems to empty whenever I sit down to write. I'm glad I'm able to read and be inspired by so many other stories.

Ghosts of the Harvest 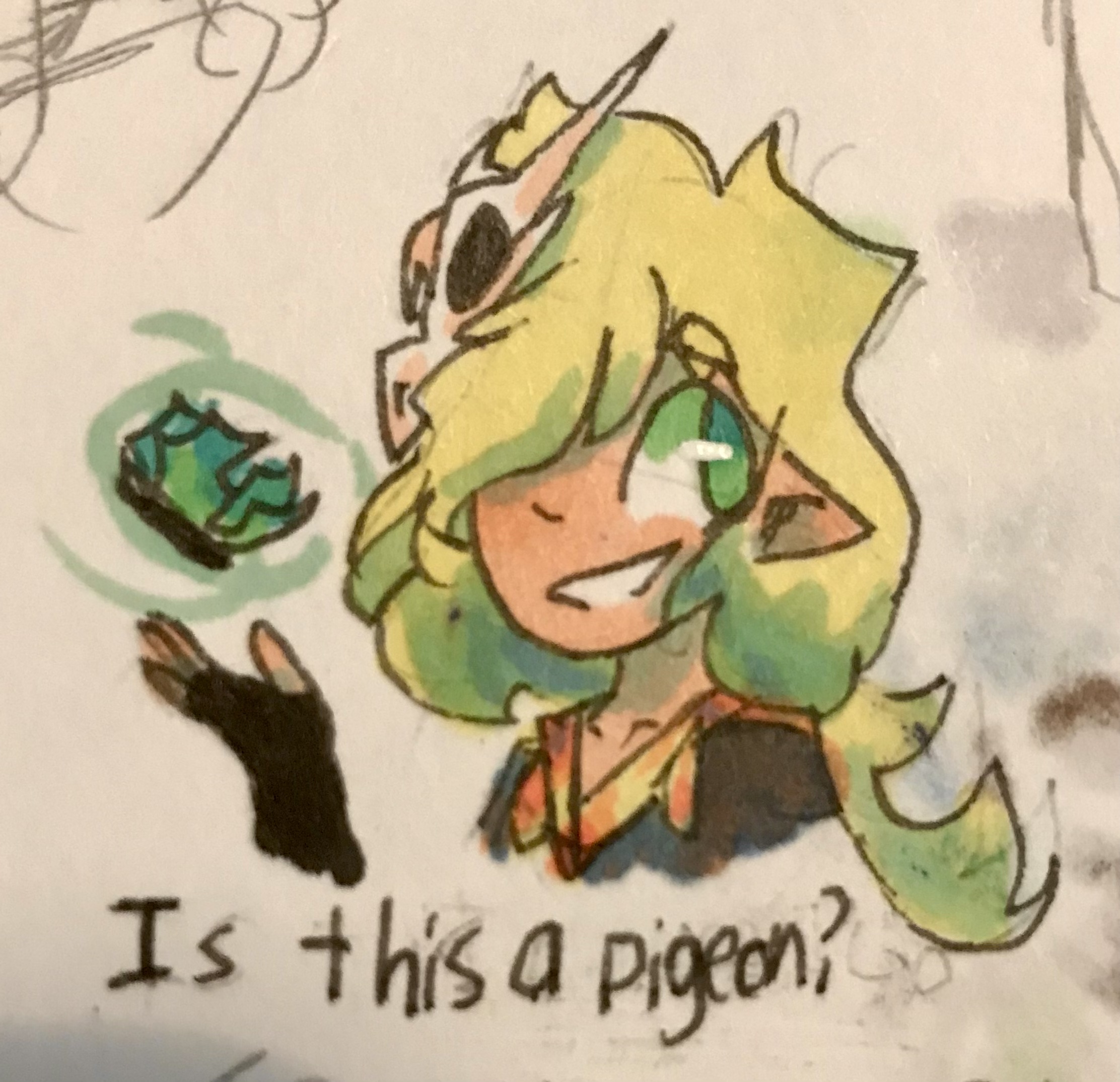 The Ghosts of the Harvest

Myth | Jul 31, 2022
More than one beautiful world has come up with its own version of halloween. Yet AutumnKtisune's Ghosts of the Harvest celebration does one of the best renditions of the fall festival. It is simple, yet perfect in the children's determination to save the town's harvest. Festivals do not need auspicious beginnings, but can often be born from the humblest and most innocent of intentions.   I wonder if the kids try to one-up themselves year after year? And I wonder why ghosts like pumpkins so much?

Troubles in the Town

Councilor of the Inner Sanctum RPGDinosaurBob

Troubles in the Town

Myth | Jul 31, 2022
While it is true that myth often derives from truth, it rarely dovetails so neatly as it does in the village of Feybridge Crossing. Almost any inconvenience is blamed on the gremlin known only as 'Grouch'. And while Grouch really does exist, he is not to blame for the town's general clumsiness or inability to take responsibility for themselves.   People are superstitious to a fault, and even the most cynical of persons has some irrational belief in a tradition or creature. It is easy to put blame on the unknown and unseen, and create ghosts and monsters out of the shadows of a night-time alley.   This being said, the shadows actually inhabited by some strange creature are another matter entirely.

Myth | Aug 31, 2022
Travelers to the road are no stranger to unseen dangers, but none are so innocuously creepy as the Night Peddler. This strange being clad in robes is often encountered on the highways after dusk, and always seem to have something that the traveler may wish to by. However, the one thing the article did not mention is what happens if nothing is purchased from the Night Peddler. There are vague hints, but nothing concrete to suggest anything beyond a disconcerting appearance.   Myths have their roots in the Truth, and while gossip can turn a molehill into a mountain, it must first have a molehill to start with. Perhaps if there were disappearances, body parts or possessions of those who did not buy anything amongst the wares, the rumors and fear of the Night Peddler would hold more water.

A Settlement that Leads the Known World in Something

I feel like this one's cheating a bit because I had to read all 299 (okay, 297, one flat out vanished and another was mine) articles that were submitted for this prompt. 297! It's not on par with the geographic expanse prompt (over 600) but it's still a LOT!   It took me a week to narrow down almost 300 entries down to my personal favorites. While I'm not going to tell you who the winner is here (That would be cheating!) I am going to share some of the ones I learned from the most, good and bad.

Settlement | Jul 16, 2022
Treex Aaf is probably one of my most favorite articles out of the entire bunch. This short but sweet (literally) Article reveals the origins of the Toffee-producing village and how it has come to influence the world today. However I realized while reading it that I don't actually know what Treacle is, how it's mined, or how it's processed to Toffee. I had thought that, as the only other place I've seen it mentioned was Discworld novels, that is was a fantasy-type mineral that Sir T. Pratchett had created to make the world more unique. It's easy to assume that your reader is automatically going to know the 'base' facts of whatever resource your settlement makes, and sometimes the more unique sources, such as Treacle, slip through the cracks.   Is Treacle mining a Europe-specific thing that I, as a stupid American, am never going to understand? Or am I too lazy to use a search engine right now?     It's probably the latter.

Deleyna Marr
Deleyna - Check out my latest work at The Spaceport to see what happens when an alien walks into a bar...

Settlement | Dec 12, 2022
I'll admit, I hadn't been entirely sold on the Galactic Mall at first; the article was bare-bones and didn't offer much in the way of how Plentitude was different from other malls. Then I reached the very end of the article and its associated footnotes. One footnote (which I will let you go read) was all it took to make me laugh, and tie the planet's mindset together in a cohesive way. The mindset of a settlement and how they view survival/prosperity can speak a lot for a settlement, and how it continues to develop itself. A Place like Plentitude might focus on indulgence and consumerism, whereas a small village hidden in the mountains might value a connection with nature and taking only what is needed from the land. A settlement is made of people, and it is those people that determine the outlook of the settlement.

Settlement | Aug 31, 2022
This is probably the most unique settlement I saw in my long days of reading. I wouldn't think a settlement could lead in ship-sinking, but the story behind its origins is so unique and charming I couldn't help but fall in love with it. Characters will look for different goals in life, and what is a quiet and charming life for one may be quite boring and uneventful for another. When this happens, it is up to that character to go out and make the life for themselves that they wish, and maybe drag a few friends or other settlements along for the ride.
So where do I go from here? As far as World Anvil's concerned, I'm not sure yet! As much as I'd like to go back and clean up articles, and maybe write some new ones, the next couple of months are going to be extremely busy and I need to sleep at some point. I have a couple big projects gearing up, including this year's NaNoWriMo challenge! To challenge myself this year I'm writing not one, but Three Books! Three 50K novels isn't the challenge, btw. The books are only 20K each. The challenge is to write concisely, something I've always struggled with. My goal is that by writing books for the 5th grade reading level I can push my writing in new directions. And maybe placate Nana Johnstone by finally writing some of her stories...
Oh! And if you're curious as to how I chose my winner for 'Best Settlement that Leads the World in something', you can check out my Summer Camp 2022: The JUDGING Article! It has pictures!

Thanks Tinker! I'm glad you liked 'em :)   Ps. You have an open bracket somewhere, the like button doesn't work

Yes, Q is right. I can't click any of the links here or like the article :( I wanted to check some of these things and peeps out :') 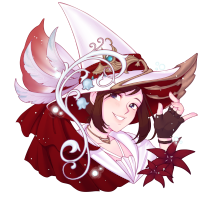 Oh dear... Thanks for letting me know! I'll get to bugstomping (or flat-out redoing the article from scratch) tomorrow.

Much success! If you need any help, please don't hesitate to let me know. ;)

Thanks for the heads up! Not sure which bracket I bumped, but it's fixed now.

Thanks for featuring my article! <3 God bless and much success with your future plans. :)