My curious adventures in the world of the Terrans began on a dare, oddly enough. You see, I had been invited to a dinner party in a recently-constructed tavern in the middle of a wasteland in Limbo
— Tales of Discovery on Earth, Alan the Adventurer

The Bloodied Chalice is the inn for all kinds of discerning folk in the Sunless City. A tavern of great renown, it boast the best selection of alcohol, food, drinks and entertainment that the multiverse has to offer. It is here that many adventures begin and end, and where many influential people brush shoulders with their new clients. 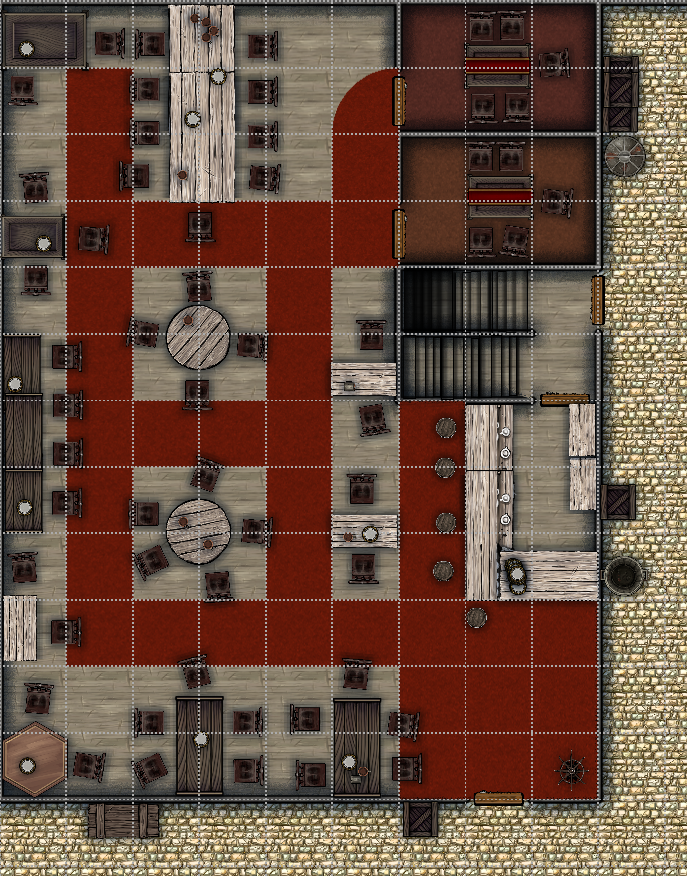 It is said that the Bloodied Chalice is where all the "ships" in the Sunless City are made: those would be friendships, relationships, and partnerships. People from every settled world show up in this place in order to strike deals, hire mercenaries, draw up itineraries for vacations and plan their next move. The fact that this place serves some of the best quality alcohol and a variety of dishes helps keep people coming back for more, not to mention the entertainment...

Every once in a while, a table or two in the building's common room is shifted out of the way to make room for a bit of entertainment. The schedule can be quite a shock to newcomers, as it's honestly what the owner is feeling that day and what acts are available. Rock bands from Earth, caravans of travelling bards from Renath, famous skalds and musicians of Orkanis and other entertainers from Dreandril and Endaman might be performing on a given night, earning themselves a heavy tip from the inn's patrons. Interested parties are asked to talk to Aaron to get the required forms, get on his list and set up a time to perform.
Type
Inn
Parent Location
Limbo
Owner
Aaron Rogers

The pride and joy of the Bloodied Chalice, the majority of rooms in the building are high-quality rooms where the real business is conducted. Most rooms are furnished with a long pristine wooden table, a small bathroom for those really long meetings, and several quality wooden chairs. Aaron will likely ask for a small cut of the trade or deal being made in the room as a reasonable price for the rental, but he isn't above being convinced to give the room for free.

No one is quite sure how the barkeeps and owners of the tavern are hired. Beyond an interest or experience in running a tavern or cooking, there is very little to connect the people asked to work here, who all receive a gilded invitation to work at the establishment. The owner, Aaron Rogers, refuses to talk about where the letters come from, only cryptically mentioning that the building is "more than it seems."