Walking into a Sanctuary on Earth will often feel like meeting a rainbow of people. That doesn't necessarily mean that the members of the Sanctuary are diverse so much that they wear a literal rainbow of clothes, especially to official functions or when travelling the wider Multiverse. Their robes can give a stranger a quick glimpse into a given mage's specialty, their Affinities, their rank in the Seven and even where on Earth they're from.

Most Terran robes are made from about 7-8 square metres of fabric; the type of cloth is often polyester these days, but older or specially crafted robes can be made from wool, tweed, linen, cotton, silk or (extremely rarely due to it being often banned) denim. Taller Sophonts often need more fabric, and a mage can request an inner lining of a certain colour which will double the required amount of fabric.   What the robe looks like follows a general set of criteria: These are generalizations that were originally codified by the mages of New York in 1997 and updated in the years since, but every Sanctuary will have its own dress code that will clarify what kinds of robes and colours and ornamentation are permitted for its members.

Regulations regarding the wearing of robes/dress robes in the Sanctuary:
— Extract from a rulebook from the Tel Aviv Sanctuary

Robes are a requirement for many social gatherings between mages. These might be events like a marriage, a meeting with an important dignitary, an election or a holiday. Many will also wear them as a general rule when travelling around inside of a Sanctuary, such as having meetings at lunch time or when teaching students, but this is generally not required.   Naturally, robes are never worn when travelling in the rest of the world outside of the Sanctuary, as Terran mages do not want to violate the Terra Doctrine by bringing undue suspicion onto themselves. Robes are often worn, however, when Terran mages are travelling to Limbo or to any of the other worlds of the Multiverse. This differentiates them from other Sophonts like the opur of Endaman or the tepilar of Orkanis who might look very similar otherwise.
Item type
Clothing / Accessory
Current Location
Earth
Manufacturer
The Seven
Dimensions
They will often reach just above the ankle, leaving the feet, hands and head exposed.
Base Price
Usually distributed and updated free of charge.
Related Species
Terran Human

As soon as magic first arrived on the world, Terrans immediately began to go into hiding, forming small subcultures of magic-using people who often felt like exiles from their home cultures. They immediately began to try to create (or recreate) the sort of clothing that appeared in folklore and stories in an attempt to define themselves, and so many began to wear robes.   It wasn't until the arrival of the Seven about a century ago that these bands of mages began to be connected to one another. Since robes were the most common clothing option that defined these groups as a whole, they became the general expectation for Terrans, then the rule. The last couple of decades has cemented robes as a general uniform for Terran mages whenever they are in their Sanctuaries or on official business in other parts of the Multiverse. 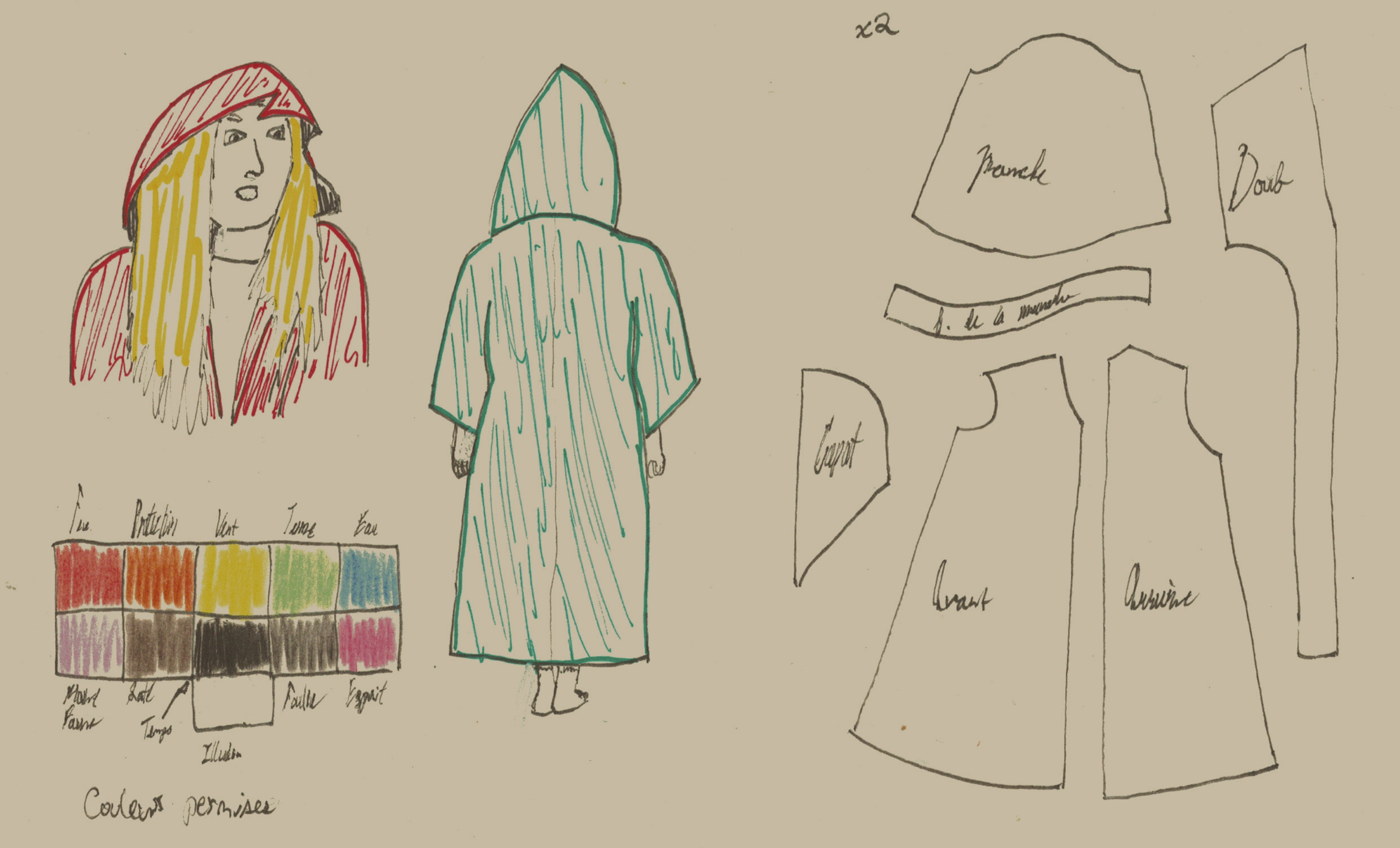 Robe patterns and colours from a French Sanctuary.

Terran Humans are so diverse that many cultures have specific cultural practices that prevent the wearing of this particular style of robes or replaces them with something that is more culturally appropriate. In particular, many South Asian and sub-Saharan African cultures feel like the usage of robes is another colonization tactic by a predominantly European robe-wearing culture. Therefore, they replace the robe with more appropriate clothing but often guard some of the same colouration and ornamentation practices. The Seven does not have specific rulings regarding clothing, so it is often up to the individual Sanctuaries to determine which clothing types are considered respectful.
Unless otherwise credited, all art is created by me, EmperorCharlesII

Nice article :D I like the story of why people started to wear robes one day, and that some countries just refused to do so :D   "extremely rarely due to it being often banned" This is intriguing so I think you can add a tooltip here to explain why it's banned.

Interesting article! It is nice how each affinity has its own color but still can be mixed in case of multiple ones. I like how the entire wearing of robes is a hidden subculture that non mages can't be allowed to see. Nice read!

This is such a cool peek into your world and the culture of this magical Earth! I love the history section in the sidebar and all the details that ground it in the real world's culture. This really feels like an alternate Earth. One thing I was confused about though - what would a "plain" colored robe look like? White, black, brown, and gray all mean certain things, so what would plain be?

Interesting article. I like how different affinities have different colours. Did you draw the pictures yourself? They are very nice.

I did draw them myself, actually! Although this reminded me that the art credit was missing so thanks for that!

I love that you've added a pattern for the robe on the side. That's such a nice touch. I also really like that some cultures see robe-wearing as a western colonisation tactic and they choose to wear something different that still displays the colours. :D

This is a very interesting outfit. I find the reasoning behind the banning of denim very intriguing. Banning a whole material partially because it’s difficult to clean! So petty, but just really makes sense alongside the whole rebel thing.   I find the coloration of the robe very fascinating as well, with both the affinity bit and the cuffs. Also good that some of the robes have pronouns on them, that is always good to see. The cultural differences on the sidebar was nice as well! Overall this was a very good read!