Many were worried that the large beast that traipsed through their camp was none other than the Manachir Bear, and I had the foolishness or the bravery to ask what that was. It took a few moments of horrified stares and shaking heads before I could get a straight answer from anyone:   The Manachir Bear is the most terrifying thing that the gods have ever inflicted on the world of Dreandril. Many places have bears, sure, and you wouldn't want to wrestle with them, but the Manachir Bear is not something you fight. It's something you run from.
— Grand Bestiary of the Dark World, vol. 2, Bana Iodan Panakas

Terror lives in the dark parts of the fog forests of Mancheiaus in the form of the Manachir Bear. The local Mecheai worship the creature as a form of the great spirit of the caves, Zamaru, and for good reason. Striking at night, this massive creature is known to barrel through settlements, leaving only a line of broken trees and overturned log homes in its wake. While there are many who would love to drive the beasts away, most who try end up found as mangled corpses in the dark places of the forest.

The sheer size of the Manachir Bear is its most notable feature. Regular bears dwarf the size of most sophonts of Dreandril or any world for that matter; the Manachir Bear dwarf regular bears easily. Taller than most sophonts and even longer, they can roll boulders the size of huts and cause thin trees to snap like twigs when they pass. The other major characteristic that the Manachir Bear has is its tough hide, which comes in a variety of browns and greys. Spears bounce off its hide, and only the toughest blades can hope to make a cut in the bear's thick skin.

The Manachir Bear is an omnivore, eating flesh and plants in equal measure. Many remark that the creature appears to prefer the thrill of the hunt far more than any other omnivore, certainly more than most bears of regular size. This means that whenever it's not sleeping in its caves or playing in large rivers and lakes, it is stalking some smaller prey with the intent to kill. It'll scavenge any carrion it can find as well, which is why hunters from the region know to dispose of their leftovers far from their tents.
Lifespan
40 years
Average Height
1.7-2.0 metres tall.
Average Weight
150-175 kg.
Average Length
2.1-2.5 metres in length.
Geographic Distribution

Very rarely, a group of Mecheai will have to fight off a Manachir Bear, and sometimes the bear dies. The Mecheai know that the beast is sacred, and after properly mourning and paying respect to the gigantic beast, it is used to make a variety of products. Its tough hide is often used to make durable clothing and armour, as well as weather-resistant cloth. The meat is often smoked and eaten, and the entrails are used as ritual offerings to the spirits of the land. Even the fur is often woven into durable rope. 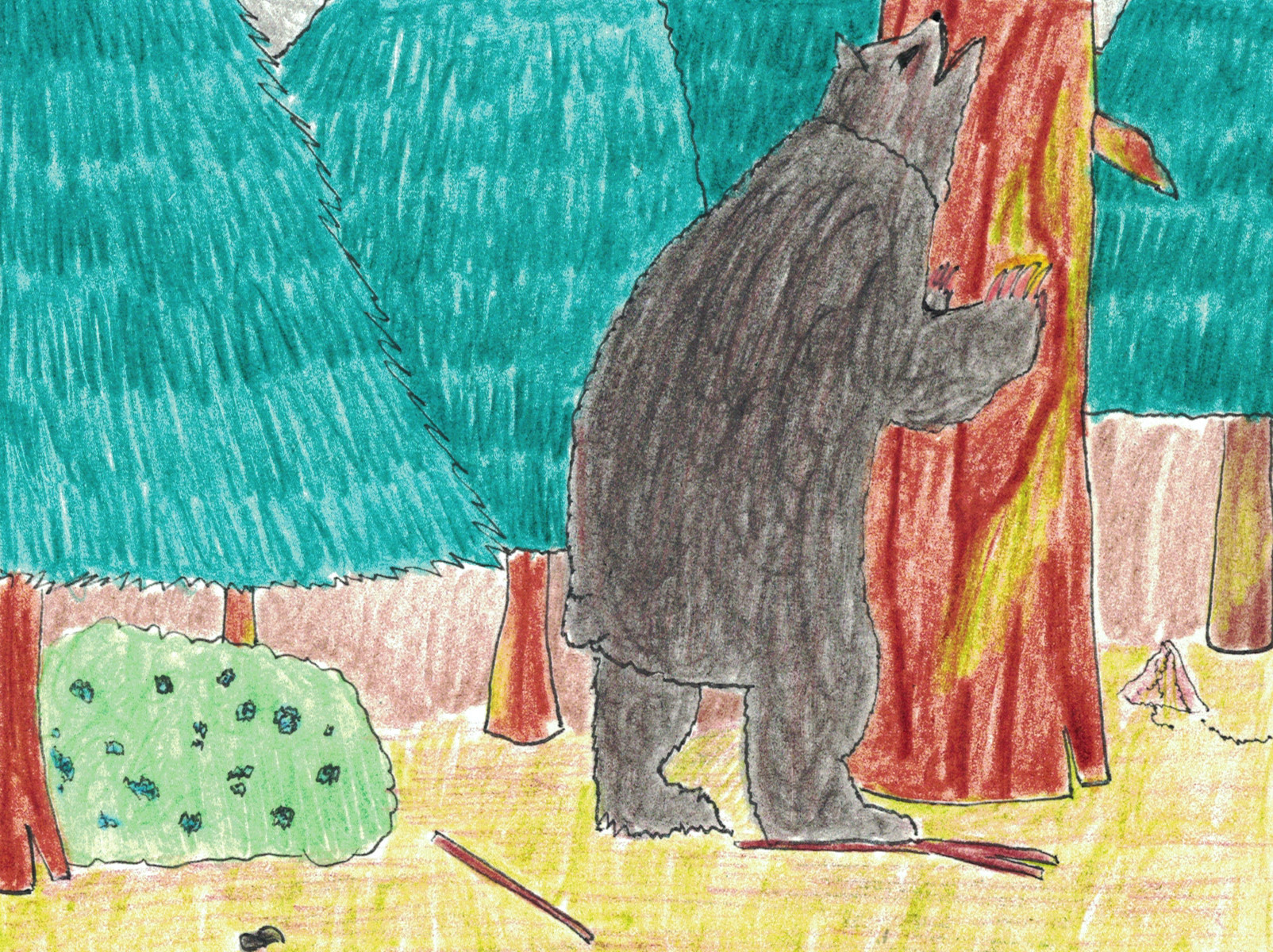