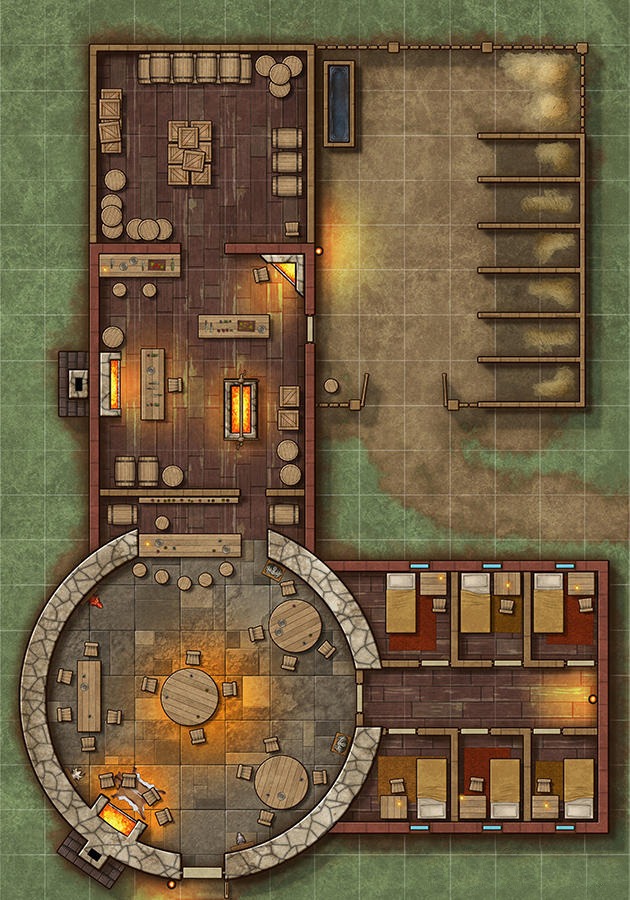 (Map Size - 28x40)   This popular inn and tavern is built from the planks and hulls of half a dozen decommissioned fishing ships, fashioned for tourists and travelers. Its decor is predictably nautical in theme, and its sleeping rooms are plain but comfortable renditions of a ship’s cabins. The smell of fish has never been scrubbed from its walls, and those who stay the night find their belongings steeped in the scent, which lasts for several days. Sailors and fishers gather here to trade stories and drink into the night.   The Snapping Line is run by a young woman named Hanna Rist, who comes from a family of well-known lobster catchers. The Rist family also makes a spirit from lobster meat and potatoes called claw wine; it is, to put it mildly, an acquired taste. Hanna employs several former dockhands to keep peace in her bar.   The inn has stables attached to its side, and can stable horses for a short period of time.

Hanna Rist runs the Snapping Line in the village of Saltmarsh. She comes from a well-known family of lobster catchers. They produce a spirit from lobster meat and potatoes called claw wine, which she sells at her establishment. She loves telling others what to do and how they should feel about things. Hey main motivation is money and will often try and persuade people to work for cheap. She haggles over everything she must buy, upselling her goods and buying cheap and is persistent in everything. Hanna dresses immodestly and is quite flirtatious with her guests. She uses her looks to get men to buy things from her, or buy her things, and it often works. 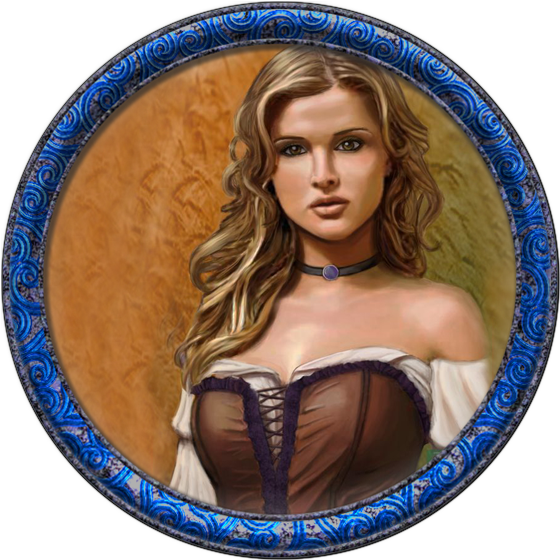