The Athar believe that the gods are frauds, unworthy of worship, no matter how powerful they may be. While possessing awesome might and near-limitless resources, gods are not the all-knowing, all-powerful progenitors of the multiverse – they are beings that make mistakes, and they can be killed. The false hierarchy of worshiper and deity serves only to bolster a power‘s ego and reinforce the inferiority of a worshiper. No, the gods are beyond the understanding of mortals, if they exist at all. What exists now is nothing more than an elaborate scheme that ends up with worshiper getting the short end of the stick. There is enough hardship in a person‘s life without the need to cater to a power‘s whims, and the Athar believe it is their duty to inform everyone they don‘t have to.   Defiers (Moderate Subfaction): Defiers hold that we must assign purpose to our own lives, because the powers are not supreme beings powerful enough to grant our lives meaning from above. Defiers seek out those who have been disappointed by the powers or believe their lives lack meaning, and help them find their own meaning using a philosophy of self-empowerment.   Defilers (Extreme Subfaction): Defilers believe that the powers are dangerous frauds who trick believers into worshipping them solely for the purpose of increasing their own power. Defilers actively aim to disrupt the worship of the Gods, defile their holy places, and prove to all believers that they are being brainwashed and manipulated for nefarious purposes.

The Philosophy of the Athar

The gods are frauds, not because they aren‘t powerful – they are; there is no denying it – but because they present themselves as more important than all other things in the multiverse. They demand worship and obedience, but they grant only a tiny measure of power to a select group of worshipers, mainly clerics, in exchange for a lifetime of devotion and service. The bulk of the population receives no acknowledgement, let alone benefit, for their piety. Most creatures live and die without knowing if their god truly existed. Such deception is unconscionable and inexcusable, and must cease.   The Athar belief is simple: the powers are not true deities. A deity should be above the necessity of mortal worship, should be above all mortal mistakes, and most of all should be above death. If they suffer from these flaws, if they are truly so limited, how can they be the absolute forces that created and guided the multiverse? It simply can‘t be true. The powers that exist on the Outer Planes (and the few that live elsewhere) must therefore not be gods at all. Of course the Athar aren‘t blind, deaf, or dumb; they fully acknowledge the strength and ability of the powers. They just don‘t believe any amount of power short of true godhood is worthy of worship, and they refuse to participate in any act that reinforces that sham.   There is ample evidence the gods are frauds. Many can duplicate the divine abilities of clerics without swearing fealty to a power, and more and more clerics are surfacing with spell abilities that spring from ideals, philosophies, and other less tangible sources. Indeed, the Athar have clerics within their ranks that draw upon the Great Unknown, a force they believe is beyond the ken of mortals and gods alike. On the Outer Planes the difference between a power and a mortal is even less defined, for everyone with sufficient belief can alter their reality to meet their expectations. Sure, they may not be able to do it with the dazzle of a power, but the process is the same.   Why, then, is the message so hard to deliver? The Outer Planes are home to the gods, and nobody likes being called a liar to their face. While the Athar do their best to not directly provoke the powers (they‘re not suicidal, after all), sometimes there is no easy way to tell the truth, and the messenger suffers as a result. This is the current state of the Athar, and a great concern for the faction‘s members. How can one shed light on the truth of the powers, when the powers themselves wish it to remain hidden?   The Athar use the very nature of Sigil as a buffer between themselves and those they disparaged. Whispering runes – talking leaflets that delivered the Athar message to the illiterate – are a main weapon in the faction‘s war against deific oppression, with the multitude of portals providing a ready means of distribution.

History recounts the meeting of two men, Dunn and Ciro, who encountered each other at the location of the Shattered Temple in Sigil and formed a friendship based on their mutual disregard for the powers. The two parted with a solemn vow to find like-minded individuals and bring them back to the ravaged temple, forming the basis for the Athar as they are known today. Disillusioned clerics, dishonored paladins, and discontent commoners swelled the ranks of the Lost, eventually attracting the attention of the Harmonium. A war between the factions ensued, stopped only by the intervention of the Lady of Pain.   This conflict actually served to cement the Athar‘s faction-hood. The reaction of the Harmonium showed the message of fraudulent gods carried weight, and the support of the Lady was seen as an affirmation of that message. The fact that she was extremely powerful and actively discouraged worship of herself was also a boon to the Lost. Of course, more than just the Harmonium disliked the stance of the Athar; the Fated and the Mercykillers also opposed them. The Takers believed that since the gods could get the worship of mortals, they should be able to; the Red Death simply wanted to avoid adding ultra-powerful beings to a growing list of those deserving of justice.

The Shattered Temple is the headquarters of the Athar in Sigil. The ruined temple of a once-mighty god of portals and doorways, the Shattered Temple serves as lasting reminder of the fallability and weakness of the beings that call themselves gods...and the destructive power of the Lady of Pain, an entity that tolerates no worship. The Athar ensure that there is enough shelter and safety for day-to-day activities, but the place is overgrown with razorvine and the ground around it has actual coarse grasses growing through the cracks in the stone floors, creating a "natural" atmosphere that is unusual in Sigil.

The Athar are sometimes allies with the Believers of the Source, who believe that everyone can obtain the status of power should they excel enough.

The gods themselves consider the Athar a threat, for the faction‘s words poison the faithful and leech away their power. The church of Hades and the Garianis crime syndicate are both targets of the Athar‘s wrath, although neither as yet knows of the enmity. As for the factions, each has its own concerns and no time to worry about the doings of the Lost.

Male human planar
19th level priest of the Greater Unknown, Athar (factol)
Lawful Good   Personality
Terrance seems much less bitter than many of the Athar. He feels a trust in the multiverse at large and in simple existence. He’d like to teach his viewpoint to all the Defiers and to the denizens of the Great Ring, but this desire is a muted one. See, Terrance is no fire-eater. As he guides the Athar through the maze of intrigue enmeshing Sigil, he can enlighten a few deceived sods along the way. That's good enough.   Background
The factol realized the fraud of godhood more gently than most. The second son of a rich man, he was well educated and destined for the religious life. His father’s garnish to a temple of Mishakal on Elysium ensured a warm reception for the new novice. ’Course Terrance used his natural leadership and organizational skills to capitalize on this promising beginning. Inside of 10 years he’d become patriarch of the community of healers.   Nothing terrible happened to him there. Sure, he had troubles - any basher does. But all in all, Terrance had a rewarding and comfortable life. No complaints. Then one day he awoke to the hidden dark: His own intellect and intuition had given him the solutions to every problem he’d faced in life. No power ever gave him divine guidance or strength. ‘Course, as patriarch, he’d enjoyed a few moments of communion with his deity, Mishakal. But he’d sensed no halo of the divine in those exchanges - really, just simple conversations, with a frill or two the power threw in to excite his mortal capacity for awe.   With a dry chuckle, Terrance acknowledged the new dark within himself: He no longer revered Mishakal as divine. Sure, he still respected the power’s sphere of interest (healing) and the extent of her influence, but felt no “proper” religious fervor. The patriarch’s faith had turned a corner, and, as a man of integrity, he resigned his post. Why guide a bunch of berks to Mishakal when be himself had departed from the goddess’s teachings?   Terrance came to Sigil, joined the Athar, and became quite popular with other Defiers. Most of the Lost embrace bitterness to themselves like a lover. Terrance, an island of quiet serenity and moderation, came as a welcome relief. His skills made him popular as well. Once Terrance proved he could gain spells through meditation and fervent belief in the Great Unknown - which Athar claim is the source of all priestly power - he quickly rose in the ranks.   Relationships
Terrance is good friends with Factol Ambar Vergrove because they have similar philosophical beliefs; and because Terrance admires the half elf's compassion and humility. The two often collaborate on projects within the Cage.   In contract, Terrance views Factol Pentar as an enemy - even as he pities her. He fears that her love of blind destruction will push Cagers even closer to their false deities. 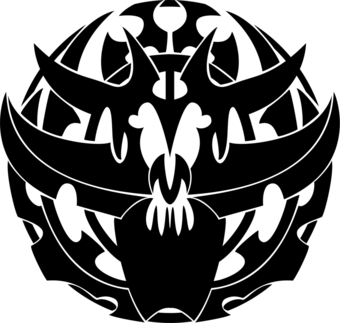 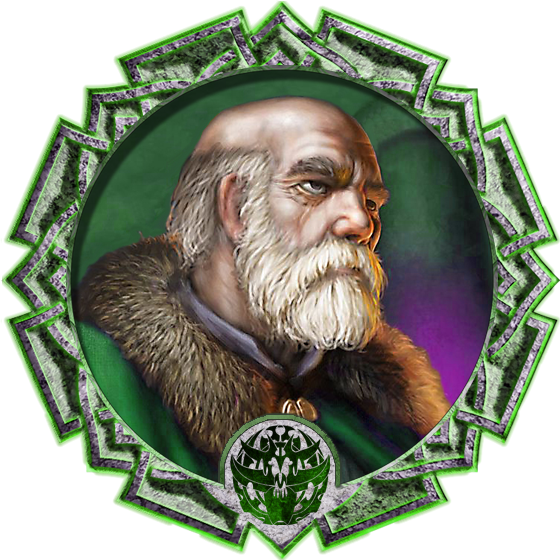 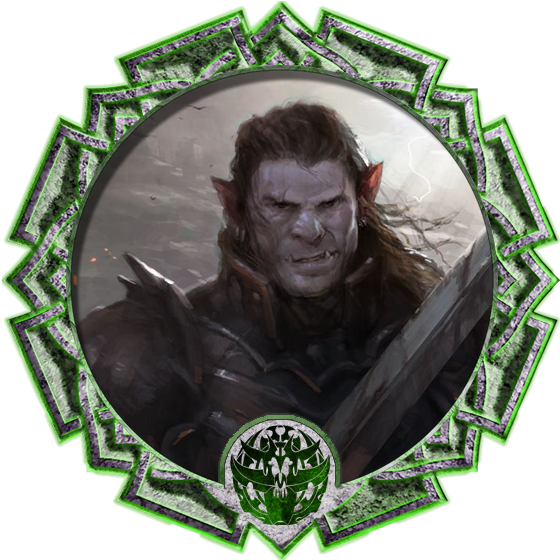 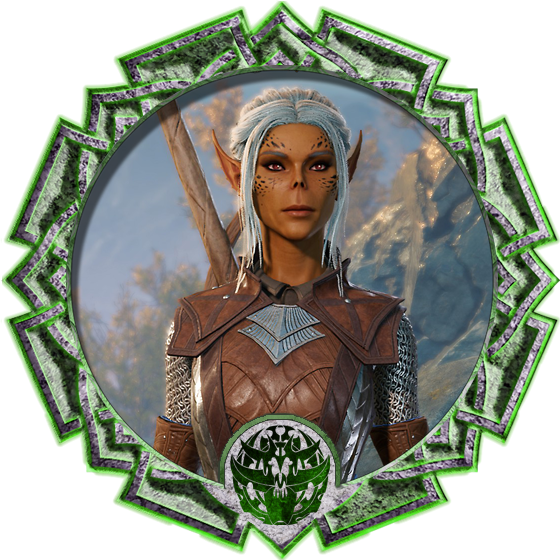 Remove these ads. Join the Worldbuilders Guild
Factions of Sigil