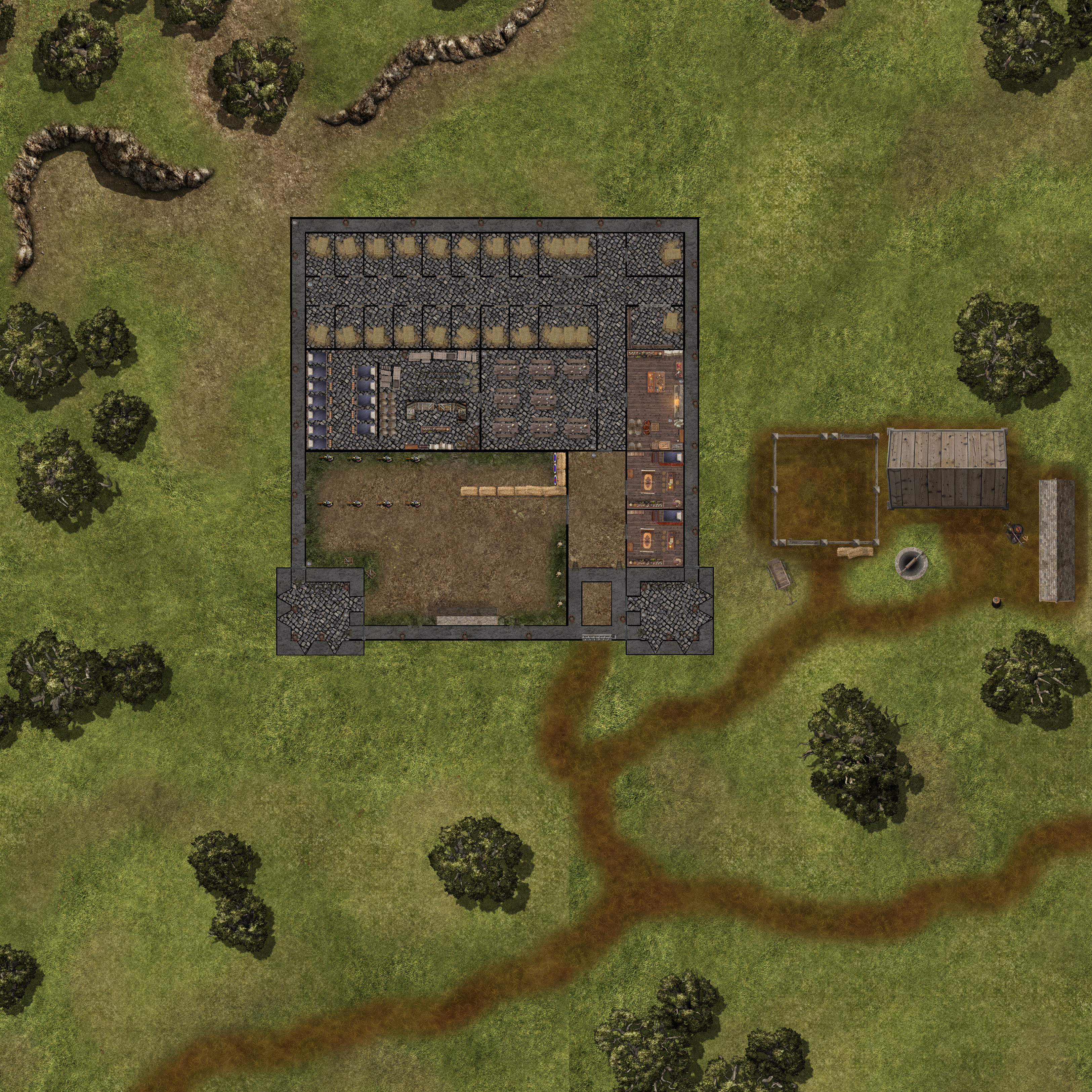 (Map Size - 75x75)   Built on an open plain, the Saltmarsh barracks are also its jail. It has a large courtyard for training, two towers that overlook the southern approach, and an outside stables where the horses are generally kept. A stout dwarf named Thorar is the Sergeant and jailer.   The jail in the cellar consists of multiple sections. A few large chamber holds drunks, brawling fishers, and other troublemakers who need to cool off for a few nights. The remaining cells hold prisoners with sentences of up to a year, but those facing longer terms or sentenced to hard labor are transferred to the prison at Darnagal, a larger, heavily fortified port to the north. A single cell is warded against magic and has a heavier door, which is for dangerous prisoners.   The Saltmarsh guard totals around 60 guards with a further 50 that are trained to a minimum level and could be called to duty at a moments notice. Out of the sixty on active duty, they rotate in weekly shifts, with only about 10-20 sleeping at the barracks at a time while the remainder do their daily work and return to their homes at night.   Thorar - Thorar commands the jail and has been a loyal friend of . It was discovered that he was a fugitive from down south hiding under a different name, though this information has not yet been made public. 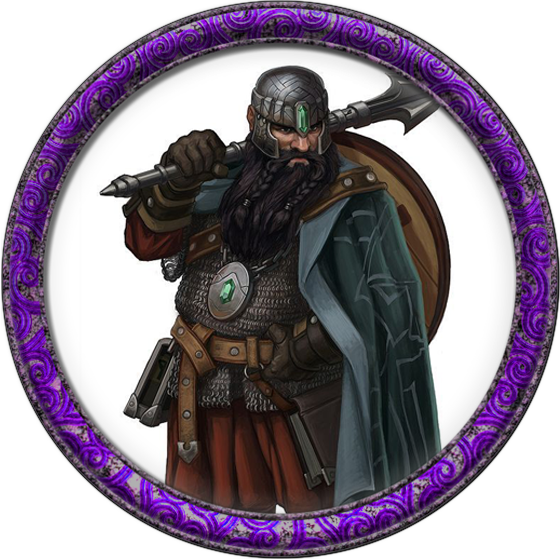 Articles under Saltmarsh Barracks and Jail