Orlane originates from the old adventure, Against the Cult of the Reptile God
Orlane is a town located in the Plains of Mayfurrow. It sits near the Great Salt Marsh and is a valuable rest stop on the trade way. Its allegiance is a hotly debated issue. Originally the town was simply an outpost for traders traveling up the coast, and many of Bards Gates suzerainty believe that it falls under their sphere. However, Count Otto Von Conclair has decreed that this land lies under his domain, and the mayor of Orlane now owes his position and title to the Count. With neither side willing to show force nor enforce this dispute, the town has remained largely independent of either governing power. Unfortunately this benign neglect has allowed other problems to flourish, and travelers to Orlane now find it less welcoming than they would otherwise expect.   Orlane does not have many exports, but being a valuable spot on the trade way has allowed various businesses to rise within its borders. Various grapes and a species of olive thrive in the fertile fields, and wine, olives and olive oil have began to make their way to the north.   The village lies right on the Great Salt Marsh and as such this has proven to be a source of problems. Terrible creatures lie within the huge and dense marsh, and with it lies many dangers. With no major power investing in its security, the villagers rely on themselves and adventurers for safety.   In 3517 a cult led by a fearsome Spirit Naga began to capture and brainwash the citizens of the town. A brave group of adventurers rooted out the cultists, ventured in to the swamp and put a stop to the 'Reptile God' and freed the town of its evil grasp. Since then, the town has prospered and many who had fled have decided to return upon hearing that it was now safe. 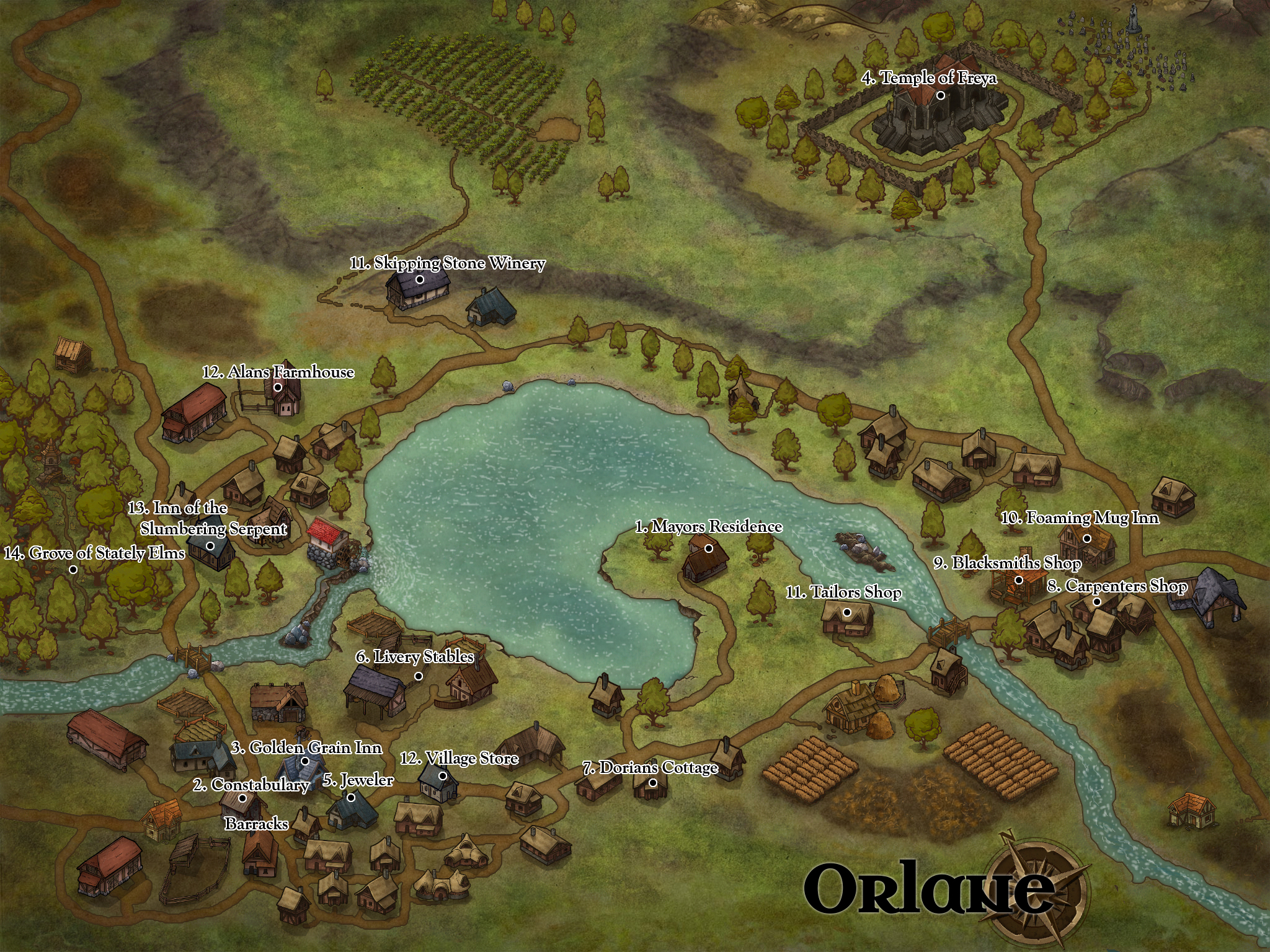 This house is set well back from the road, and is partially screened by a pair of medium-sized elms. This is by far the most imposing house in the village. The walls have been regularly whitewashed and the roof gleams with new wooden shingles. A wide porch crosses the entire front of the house, and columns of wood support the overhanging roof. The columns have been carved into leafy patterns by a skilled craftsman.   Behind the house is a wood carving shop, and is the mayor's most notable recreational activity. A wide variety of fine tools, woodshavings and fine pieces of hardwood lie about. He has carved all of the columns for his house, and is an expert craftsmen.   This is the home of the mayor, Zakarias Ormond and his wife, Tarinne Ormond. He grew up in the small hamlet, but was a driven man and worked his way up the ranks in the counts favor to eventually command a regiment of infantry. He never received a knight-hood for his work, but was a competent commander in the Counts army, and when he retired he was given a title and lands. He was happy to return to the fledgling hamlet of Orlane, where he had grown up, and became its mayor. Since the counts passing, he still owes his allegiance to his son, the new Count Otto Von Conclair. He could best be described as Dominus   Zakarias is a polite and patient man, does not act rashly or in a way that he puts himself or others at danger. He is not particularly altruistic, but has a strong affection for his home and the security found within. He is fairly content with being a craftsmen and running the small village.   His main ambition is increasing the safety of Orlane, and would take to overbearing methods if this would achieve his goals. With the troubles facing his village, he worries the lack of safety in his part of the coast road and the ambitions of the new count will see him lose his position.   Tarinne was born to Seamus Oweland of Saltmarsh, and when she came of age was married to Zakarias in an effort to strengthen the relationship between the towns. She has since had four children. Tarinne generally contends herself to making her home a pleasant place, but also organizes festivals and other celebrations for the village.

These structures are the location of the constable and the armory/barracks for the town guard. With the threats against the time subsided and prosperity once again returned to the town, the guard has returned to its former strength and order has largely been restored.   The Constable Grover Ruskadal manages the local guard and was appointed by his friend Zakarais. He collects taxes and does his best to keep order in the town.

This is a large and popular inn owned by Bertram Beswill. See Golden Grain Inn

This large temple is dedicated to Freya, Goddess of Love and Fertility. Misha Devi is the priestess in charge of the temple. She is soft-spoken, calm and collected. She upholds the old gods faith with utmost diligence and virtue, and does her part to ensure the blessing of Freya falls on the village.   There is a sturdy stone wall around the compound 20' high. It has a strong wooden gate reinforced with iron, carved in to which are reliefs of Freya. The center building is made of marble and has two levels, the first being the location of worship and the second being a storage and sleeping area.   During the cultist incursion the priests were overcome and brainwashed, but thanks to the aid of adventurers their minds have been freed and they have returned to helping those in need.

A sign with a gem-encrusted ring marks the entrance to this establishment. The building is fairly small but has thick walls and is well built. The shop is ran by Haskali Ull, an older gentlemen of Khemitite ancestry.   The jeweler has a few magic rings and can exchange valuable gems for currency, or provide currency for valuable gems.

This wooden stables has recently been renovated and smells of fresh lumber. The rotten wood has been removed, brand new trees coated with fine oil have reinforced the structure and it has received a fresh coat of paint. A fenced walkway leads from the road to the back of the house.   The stables is ran by Killian Gade, his wife and three small children. With business once again thriving in the town he has bought new animals from Riverside and can provide horses, ponies or stabling to anyone in need.

This small, square house is the home of Dorian and Llywillan, elven twins that hail from Darnagal. The two became adventurers and came south looking for those in need. Dorian is a capable wizard while his sister is a fighter.   When the cult overtook the town, they were captured and brainwashed. With the cult broken they feel they have failed in their duty and have begun to help the town in recovering form the tragedy until one day when they will continue their journey.

A wooden board in the shape of a saw hangs before this well-constructed building. The front part of the structure is unwalled, and inside of this breezy area the carpenter is at work. Many tools (saws, hammers, nails, prybars, etc.) are scattered about, and some boards are mounted on sawhorses. Herve Rorsk runs the shop and can craft most anything one could desire.   With the towns safety returned, he has gained numerous apprentices and has expanded his business to help with all manner of projects.

This is obviously a smithy, though no sign hangs here. The shop part of the building is unwalled, and two brawny lads operate a bellows while a giant of a man hammers thunderously upon a piece of metal that will soon become the blade of a shovel. Soot and smoke abound.   Bosco Reimun runs the Blacksmith and can provide nearly any tools one would need. He will only sell weapons to those approved by the constable.

The doors and windows of this large building are boarded up. A sign lies face-down in the weeds before the porch, which may be reached by climbing three broken steps. The roof has several gaping holes, and the general appearance of the place suggests that it has been long abandoned.   The sign in the weeds, if looked at, reads in faded paint: Foaming Mug Inn   With the towns prospects improved, the property has gone for sale.

This residence gives the impression that it has seen much use and that its owners have had little time for improving its appearance. Several chickens and a huge rooster poke about the yard. Behind the farm lies the large vineyard, and the family even hires outside help to handle the large amount of production. The wine produced by the winery is one of the few exports of the village. Large stores of barley, wheat and corn are in the barn, but the families main source of income lies in their rich grapes.   Ernst Green is the proprietor of the winery and his famous wine is found far and wide up the akados coast, and even as far as Bards Gate itself.

This building looks solidly constructed and has been recently whitewashed. The barn is a clean structure, though not painted, and several goats wander in a small corral. A pen housing an immense pig is visible just south of the barn.   Alan Clayborn is the towns resident ranger, and is often tasked with keeping the area around the town safe. He is allowed to hire adventurers for dangerous tasks, and is a popular man in the town.

13. Inn of the Slumbering Serpent

The narrow trail winds among majestic elms, at times disappearing into thick shrubbery. The bushes between the trees are dense, rising to a height of eight or ten feet. The elms themselves average 75' tall, and they are the only trees here. They are widely spaced, allowing much sunlight to pour between their ancient boughs. In the grove is a small tower.   Ramne is the towns resident wizard, a capable spellcaster who has a pet weasel familiar named whiskers.
Type
Village
Location under
Plains of Mayfurrow 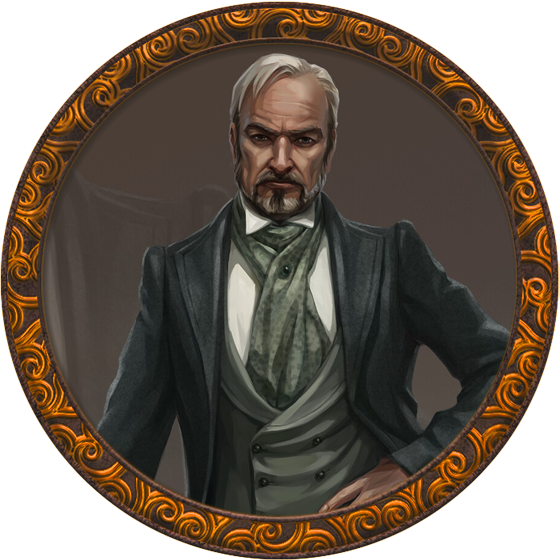 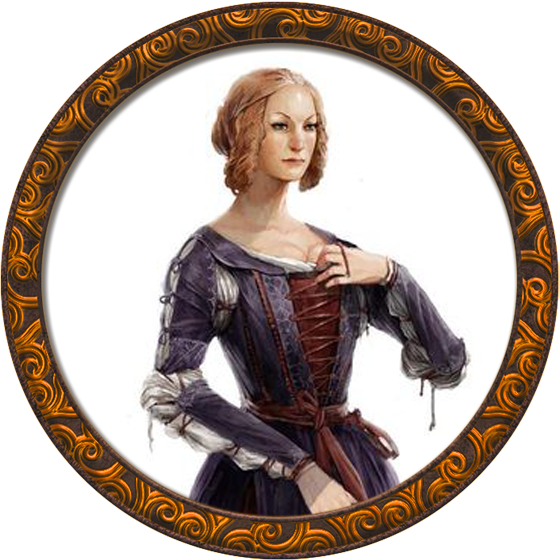 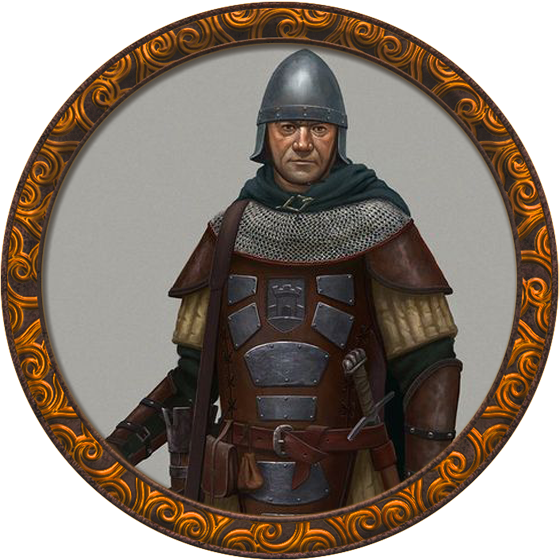 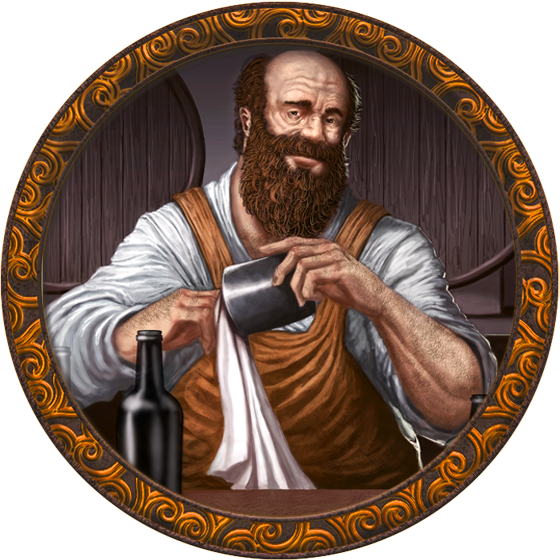 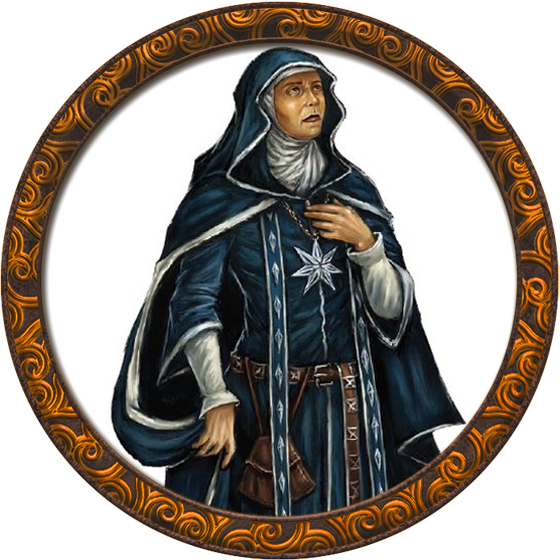 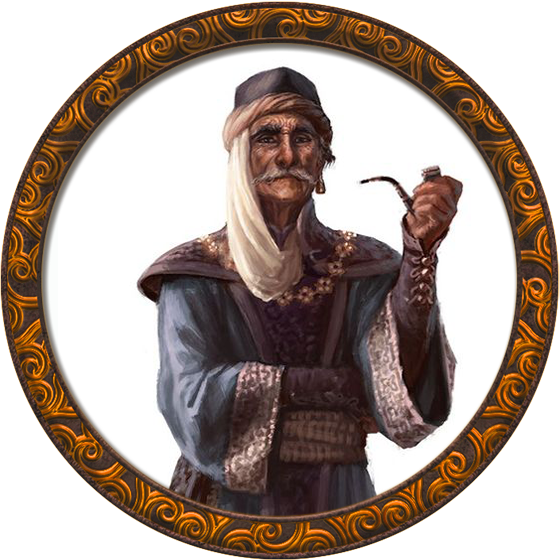 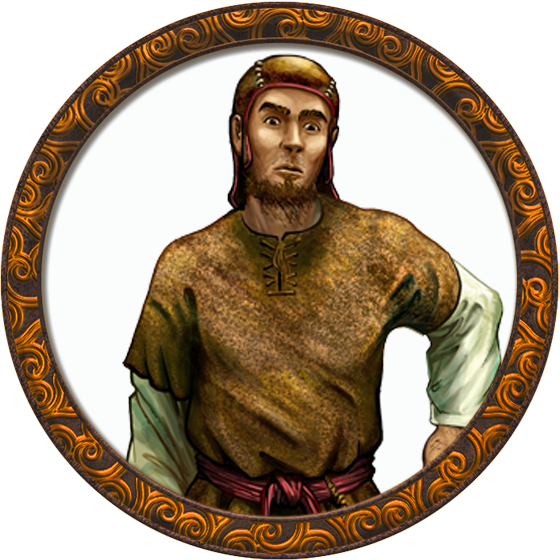 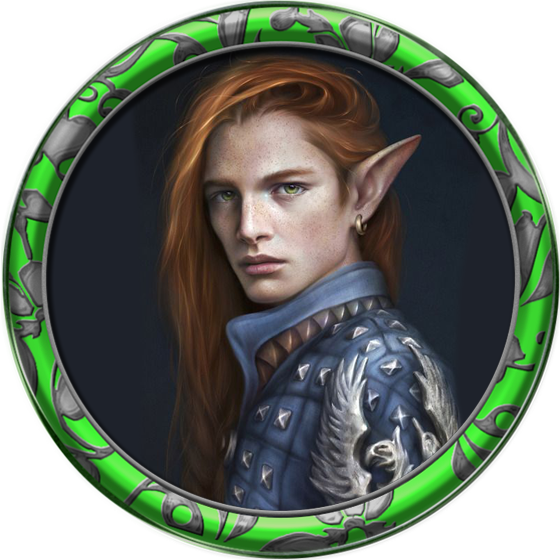 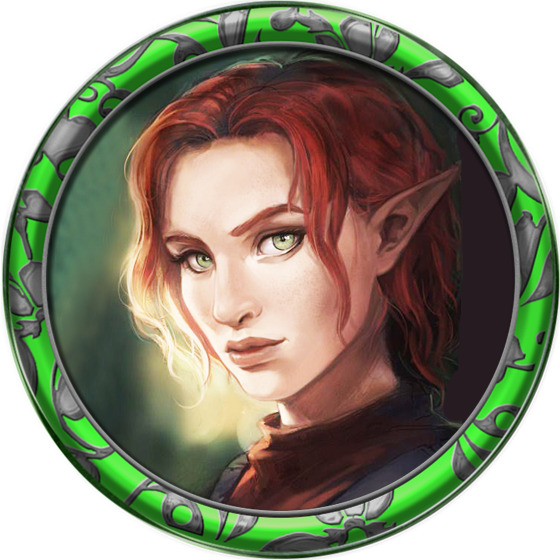 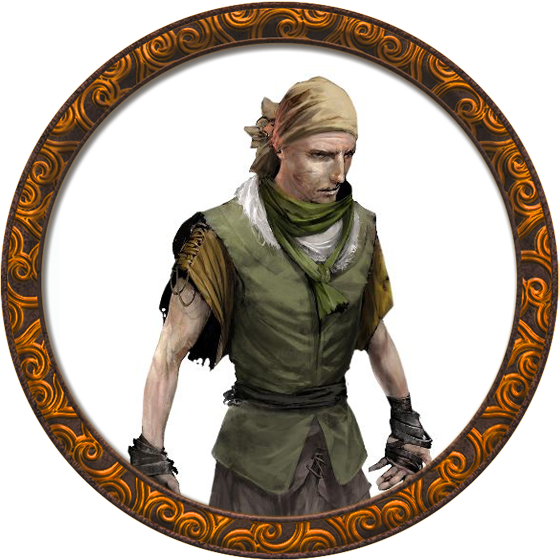 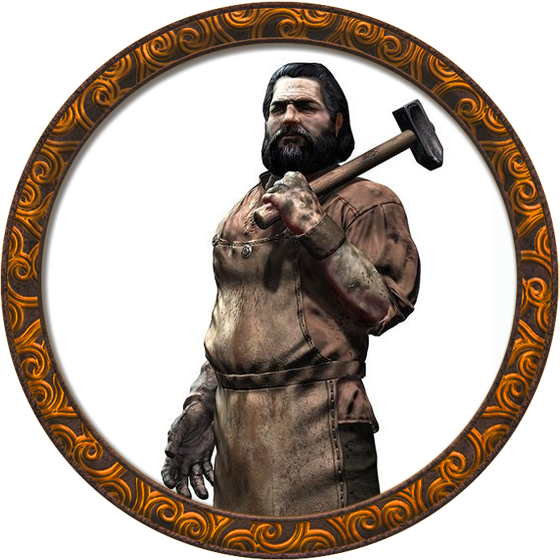 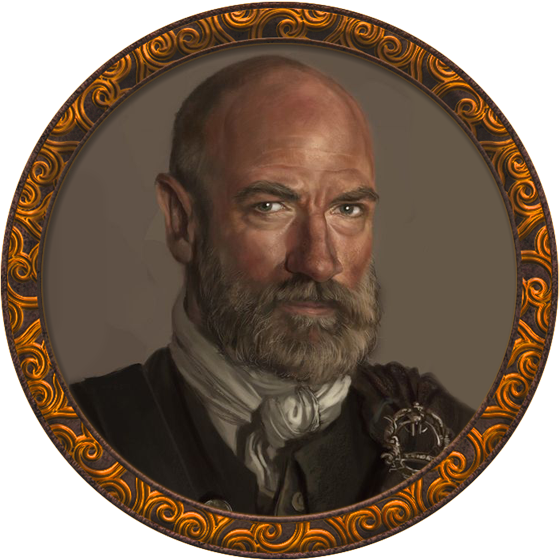 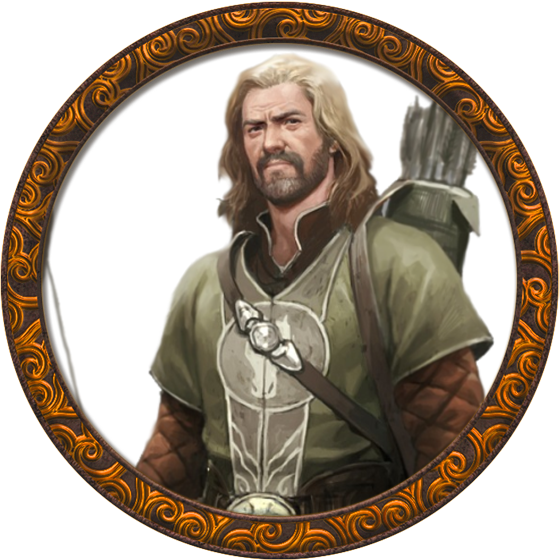 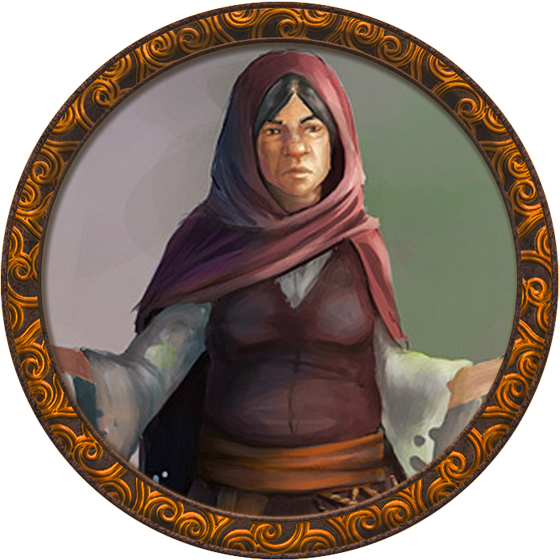 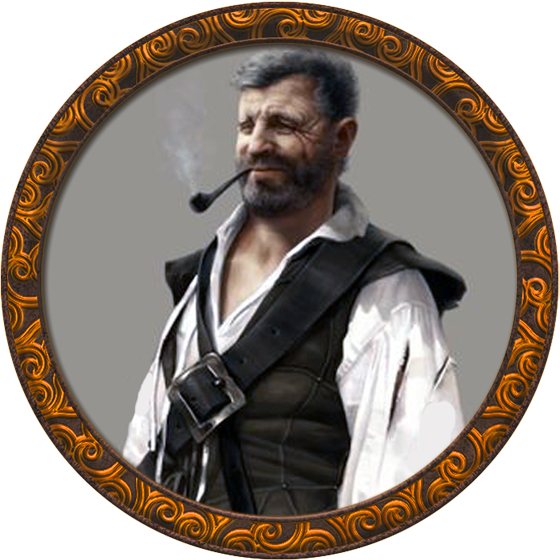 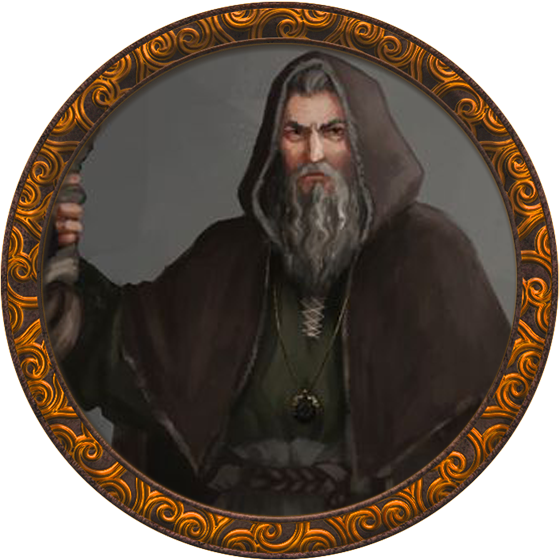 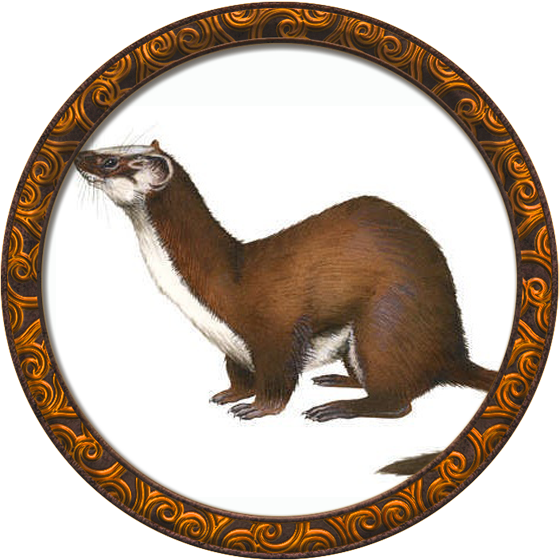 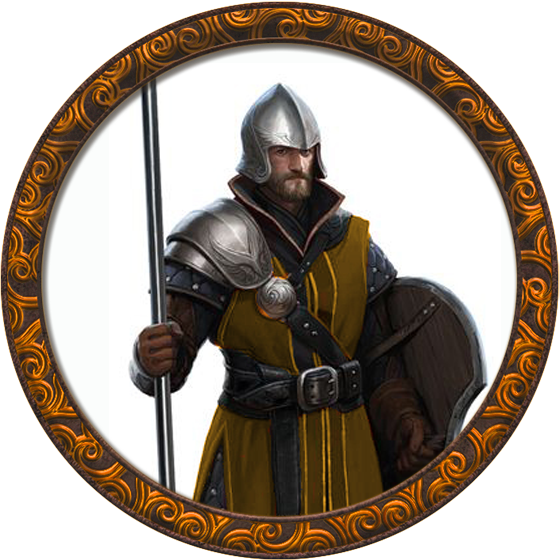 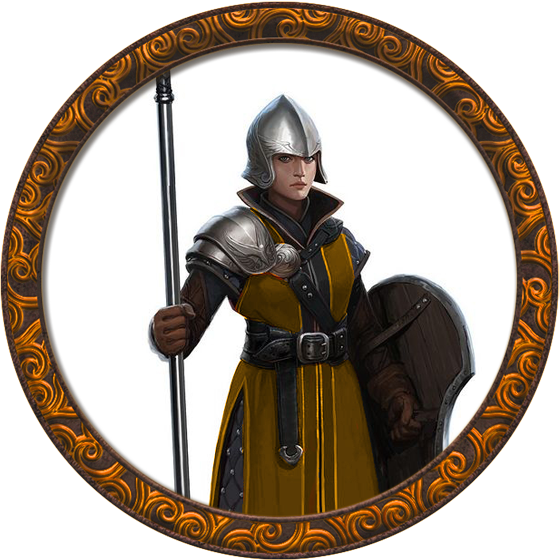 Inn of the Slumbering Serpent