This three-story tower is home to the town's resident sage and wizard, Keledek the Unspoken, as well as his daughter Olune, another talented wizard. It is whispered in hushed tones by the residents, despite others being allowed inside, the wizards spell casting still causes fear in many of the superstitious residents.   Like most of Saltmarshes structures it has no basement, but it has a sturdy foundation sunk into the bedrock. It stands alone, with no other buildings built near it. It is the tallest structure in the town.   Inside the first two levels are well furnished and open to guests, while the third level is private and used for his magical spellcasting and storage. None but he and Olune are quite sure what lies inside this third level. There is also an entrance on the top where he often stands to watch the ocean and   Given its tempting target as a place of thievery, it often has guards who stand outside to ward off those would be tempted to break in. But this is less for the wizard than it is for the safety of the would-be thieves. Keledek is a powerful spellcaster and has many wards and protections in place to keep his home and family safe.

Keledek is the towns residence wizard. His dusky skin, bald head, and bright blue silk turban-not to mention his height of nearly 7 feet-make him an unmistakable figure in town.   He tends to not interfere with the day-to-day goings-on of the village, nor its politics, and seems content to be left alone. In public he often prefers to remain silent, but he is not a mute and has a booming voice when he is engaged in conversation. He usually has a warm smile, and is quite friendly and is not snobbish about who he speaks to.   Keledek came to town years ago from Khemit with his young daughter, a distant kingdom held in a mix of contempt, mistrust, and fear by the locals, and none are quite sure what drew Keledek to Saltmarsh. Rumor around town claims that speaking his name aloud allows Keledek to eavesdrop on a conversation for a short time. Despite the superstitions, most accept him as a part of the village.   Gellan Primewater helped the wizard get the approval to build his tower even before Gellan was a councilmen, despite the towns superstitions and initial mistrust. From then on the two have been friends, with the two frequently seen talking at public functions.   He speaks Westerling well, but it took him years before he mastered it and often had to use magic to communicate. He has educated his daughter much on his own but also enrolled her in Saltmarshes only school, The Seaside Seminary of Tohoraha. He also was responsible for expanding it into a library. Few know that the mooring fees are not actually waved in return for copying books, but Keledek himself actually pays for them on top of the scribes wages.   Keledek has no apprentices currently, and only his daughter seems to aid him around his tower, but he does pay to have food and other supplies delivered to his tower.   He seems to have a fair amount of wealth from when he came from Khemit, though he also is willing to offer his spellcasting services, spell-copying and other forms of magic to those in return for gold.

Olune is the daughter of Saltmarshes resident wizard, Keledek. She is a towering figure like her father, standing over 6' tall. She tends to be a bit more conservative with her dress than her father who still dresses in the traditional Kelishite fashion, but her upbringings influence has her still wearing the colorful colors of her homeland.   She came to Saltmarsh when her father moved here from across the sea. She is quite impatient and not particularly talkative. Years ago she was enrolled in the villages only school, the Seaside Seminary of Tohoraha. While she didn't particularly take to the faith, she learned a lot about the politics and makeup of her new home. She prefers to keep to the old gods.   Olune often works at The Art of Change where she has her own personal room to do her own magic in. She is friends with its owner, Mathias Flak, as well as his colleague and his fathers friend, Gellan Primewater. She has been trying to make a name for herself besides simply that of Keledeks daughter. 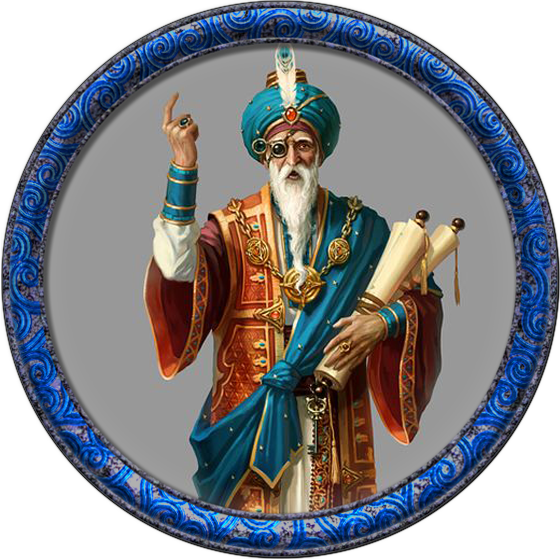 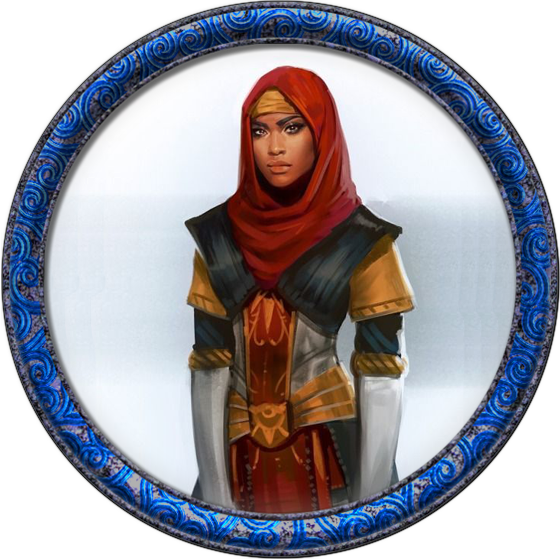