Helgafel is a small village located in The Frostgale Taiga. It stands in the shadow of Spine of the World and on the coast of the lush blue waters of the Sea of Valrua. The village is approximately 70 years old, has a population of under a hundred people.   After the Barbarian King invaded south, many settlements and villages of the north were sacked or were forced to hide from the wake of destruction the barbarians wrought. After the barbarians continued south to their inevitable defeat, many who were displaced and homeless flocked to the promise of a home as the winter settleed in. The Firbolg Gleha provided just that kind of promise, bringing in many survivors from many walks of life.   The human inhabitants of the village are of Foerdewaith ancestry, unlike the neighboring Northlanders over the mountains who inhabit the region towards the coast. Most migrated here between a hundred and two hundred years ago, though some have came north in search of adventure or to start a new life.   Occasionally traders from the lower lands trek this far north to trade, but the people of the region have learned to rely on none but themselves. Because of the Ice flows in the northern part of the lake, only the bravest of fisherman from the south fish these waters, but with the incredible size of the Valrua Sea the waters are filled with an abundance of fish.   The village is uniquely situated on the spot of a warm hot spring rising from a cracked ravine to the north of the town. It flows down and around the towns trademark, the Giving Tree, and eventually into the waters of Lake Valrua. The hot springs slightly warms the surroundign lakes waters, leading to a high diversity of marine life and an even more abundent source of food. The affectionality named Giving Tree is a wonderfully lush Cherry Blossom that stands in the center of the town. While it does not provide any fruit, it seems to magically radiate an aura of heat that raises the temperature in the area enough to allow other crops to grow here, often well outside the growing seasons.   The town is built outwards from The Giving Tree, the center being small crops and vegetable gardens with the tree in the center, and the ring of buildings around it. To the north are the hot springs, and towards the lake there is a set of docks. Here a large inn stands called "The Helgafel Inn", an amusing joke amongst the local population. It is thought this area used to connect to the ocean, as the Inn is constructed from the remnants of a ship of gigantic proportions. Speculated by local scholars to have once been a sailing ship of frost giants, its husk has been repurposed as the local watering hole and a few rooms have been constructed to rent out to the few travelers who make their way to this area​ 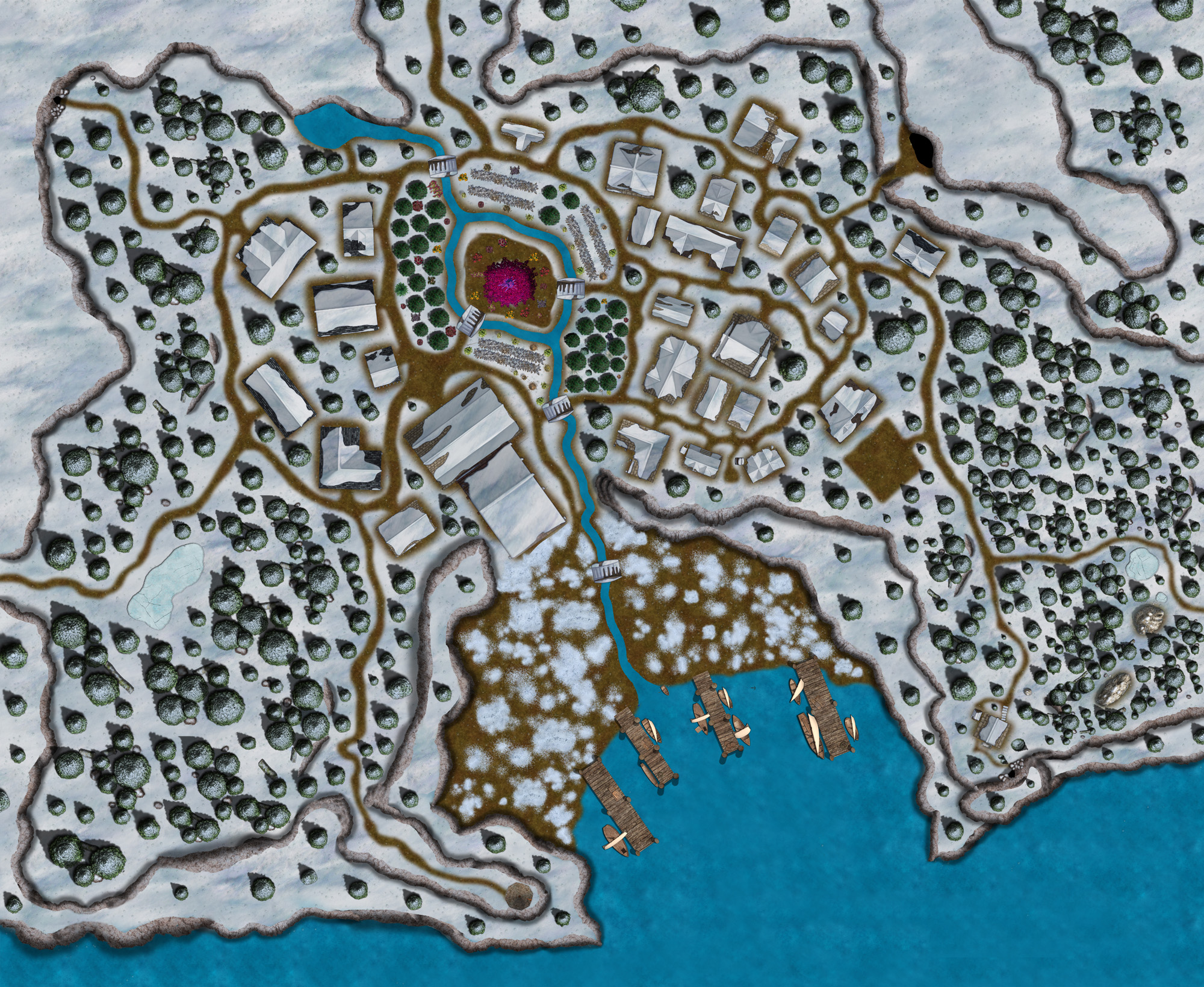 Human (Foerdewaith) and various others