Grimmstown is a small hamlet located east of its parent city of Endhome. The village lies on the edge of the western part of the Boggart Bogs, with scattered woods to its west and farmsteads to its south. The town lies on the main thoroughfare west and because of the perils that plague the bog, it is often stopped at for this seeking shelter.   The region is primarily composed of River Birch Trees that thrive in the wet environment, but near the farmlands are groves of Red maple Trees, giving the southern region a beautiful red glow during the summer months. The area is low in elevation leading to frequent floods and shifting of pathways, but the primary road remains year round and is somewhat elevated and reinforced with stone. The towns buildings are reasonably stable, but most of the houses are built on stilts sunk deep into the earth, and any basements still risk flooding.   The quiet village is largely agrarian, though treasure seekers have came through to search the mysterious ruins that dart the nearby swampland. The town has a diverse supply of food, goats and other farm animals, farming, hunting of deer and some who fish in the Bogs.   None alive remember exactly how the town was founded, but it has always been a tight-knit community of only a few hundred residents. Occasionally those seeking refuge from other regions settle here, but the small community is slow to accept outsiders. The town owes its loyalty to Endhome. The local priest Rhall functions as the defacto mayor. Tithes and donations given to the temple are the closest to "taxes" the town has, which are occasionally spent to hire those from abroad for work. 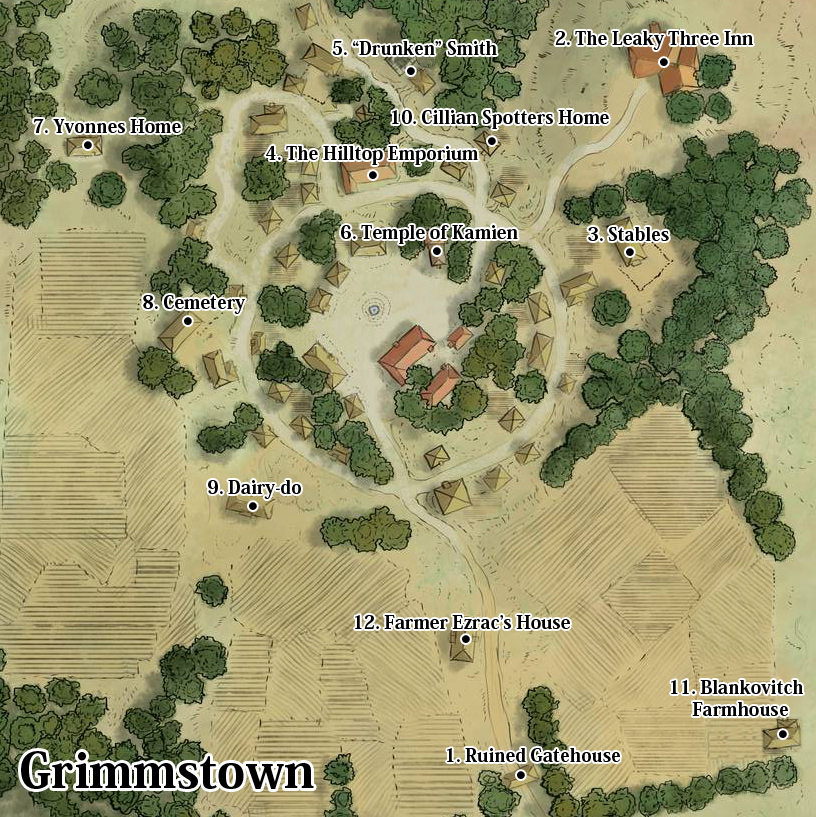 The trail up to the village is partially blocked by a half-ruined gatehouse, the last evidence of a failed project from long ago. Runoff eroded the stone wall foundations holding the gate, and over the years cracks formed and sunk the walls into the ground. The gate has since fallen off and have been pushed to the side to keep them from blocking the entrance. It does little to bar entry into the town, and mostly serves as an indicator of the towns southern boundary.

A large building with a wooden sign out front painted with its name marks the towns only inn. It has recently been painted, and shows other signs of attempted repairs, but this is obviously an old building and the repairs are not expertly done.   The Inn functions as the towns watering hole and an inn for travelers. It has six rooms for rent upstairs (1gp/night), each of which can sleep as many as three people if two share a bed and the third sleeps on the floor.   On the ground floor, there is a common room where meals are served; the common room serves as a tavern for the rest of the village as well, for on most nights there are no guests staying at the Inn at all. The rooms are clean, and most of the rooms are dry, except for room three that leaks when it rains.   Annie is the innkeeper, a human woman who genuinely delights in her job as a barmaid, but she yearns for new faces and more cheerful patrons than the village usually supplies. She is all too happy to talk to a troop of adventurers or merchants. Her husband is Ralmar Prath, a tall, thin fellow with a shiny, bald head that he covers with a hat. His two sons Ullin and Jark help him with the various tasks of running the inn and the stable.

This long, stone building has broad double doors and smells of manure. There is no sign on the front, but this is obviously the village’s stable. The stones in one corner of the building appear to be coming loose, but as far as you can tell at a glance, the building is still structurally sound.   This building houses an travelers mounts, as well as a safe-haven for livestock in times of distress or winter. It is ran by Ralmar of the Inn and his children, while Annie and a few of the towns maidens manage the inn.

This is a well-tended stone building with a roof of wooden shingles. The building lies on what used to be a small "hill" in the village, but the heavy stone structure has slowly sunk into the ground. A sign over the door reads: “The Hilltop Emporium.”   The Emporium is a combination of a store and trading post, the headquarters of Pantro Panga. Every once in awhile he takes his earnings into a larger town and buys supplies that the villagers cannot produce themselves. He is an extremely flamboyant and somewhat manic person with big dreams of becoming a great merchant owning caravans and fleets of ships. Unfortunately, he is in what might be the worst possible location to succeed in such a plan.   He owns a mule (in the stables), a small amount of merchandise in his store, and not much else. Most of the items sold in the stores are sold by the villagers themselves and sold through Pantro, with a small portion going to Pantro himself.

The building has a blacksmith’s forge in the front. A sign on the side of the building reads “Blacksmith,” but it is so faded that you can barely read it.   The blacksmith of Grimmsgate is nicknamed “Drunken” Smith, and the nickname describes him well. When he is sober, he can shoe horses, repair armor and weapons, and even make swords and daggers. When he is not sober, his creations and repairs tend to be off center, bent, or slightly twisted.

This building is a small temple to Kamien, Goddess of Rivers, Springs & Streams. It serves numerous functions to the town, from weddings and ceremonies to town meetings and festivals. The temple has a unique design where rainwater collects in channels and flows into basins in the temple, giving it moist atmosphere. The water then flows down and out into a drainage ditch and the trees surrounding the temple.   An old cleric named Rhall Hanover is the only priest here, although he has a few attendants that volunteer to aid him. Although Rhall is unable to do any sort of adventuring – he lost an arm several years ago, and his lungs are weak – he can be of invaluable aid to adventurers as long as they are helping the village. He had a falling out with his family many years ago, and though he has occasionally caught up with his kin he mostly has abandoned the name and retired himself to this small community.

A small and aged cottage stands slightly apart from the neighboring buildings, in a wild garden of flowers and herbs. The windows are drawn with colorful drapes, and it looks out of place in its drab but orderly surroundings.   This structure is more a hut than a building, and is the home of the young Yvonne. She is known to the town as an herbalist, and some in the village have begun to buy healing ointments and other medicine from her rather than Old Olga.

The cemetery lies still and quiet, dozens of graves in various stages of decay. The wind rustles through the dead branches of an old oak tree, overhanging a crumbling gray stone crypt towards the back of the burial grounds. The crypt is windowless, its walls and roof cracked from age.

The Dairy-Do is the shop of the local cheesemonger Norbert Karovar. His goats make some of the finest cheese to be found in the realm, and is one of the few things that those outside the village might praise Grimmstown for. Because of his success, he has hired additional help from the local youth as well as his apprentice, Igor Tratnov.

The towns resident ranger, Cillian 'Spotter' is one of the few that would brave the Boggart Bogs on his own, and even he knows to not be caught in the wretched swamp at night. He is a cautious and skilled ranger, often leading a hunt for game to feed the village, or attempting to put down a dangerous creature that threatens the village.

This building is in excellent repair, and the stone wall around the garden is painted a cheery yellow color. This farmhouse belongs to Farmer Bertold Blankovitch and his wife Astrid Blankovitch.

This half-timbered house leans slightly to one side, and there are some holes in the plaster. Farmer Ezrac is not friendly to visitors, and generally keeps to himself even with the other villagers.

Old Olga lives in a shack in the woods near Grimmstown. She has lived here as long as anyone else can remember as somewhat of a hermit, and the townsfolk often reluctantly approach her for ointments and healing salves. While many are a bit scared of the old crowe, she is still the only option in the village should a severe sickness or ailment come, and many have came to her for aid.
Type
Hamlet
Population
157 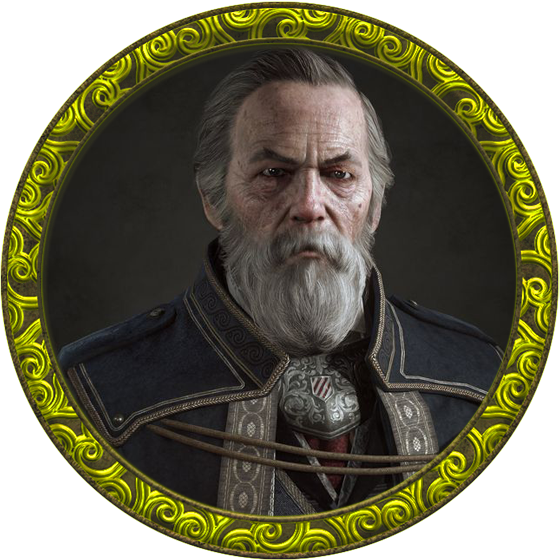 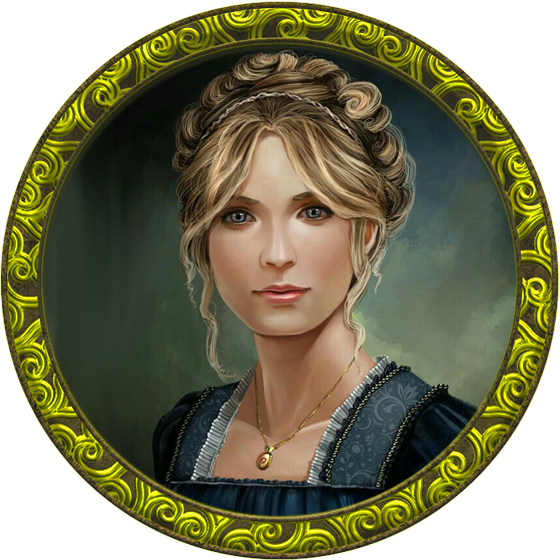 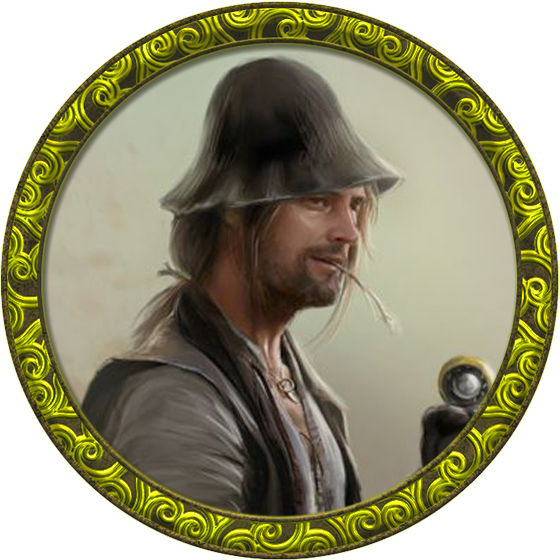 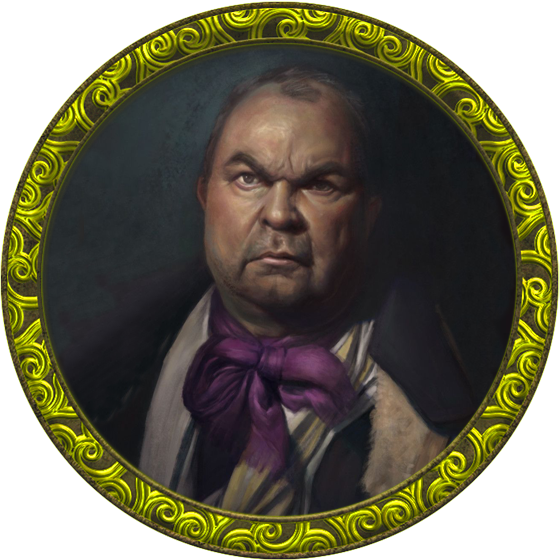 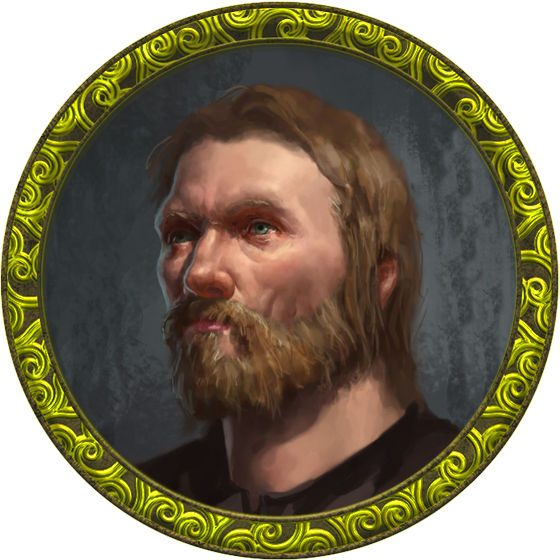 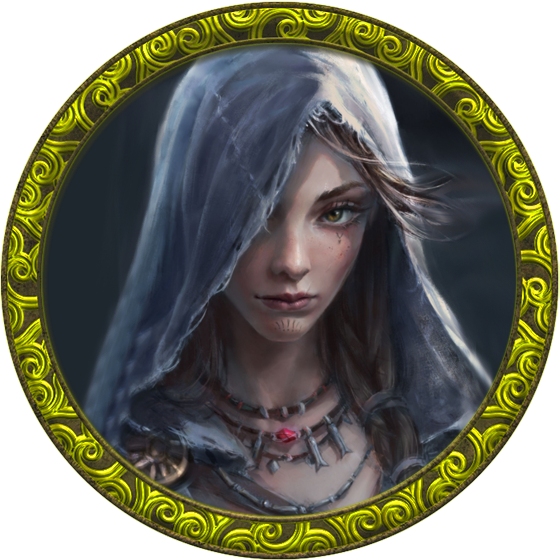 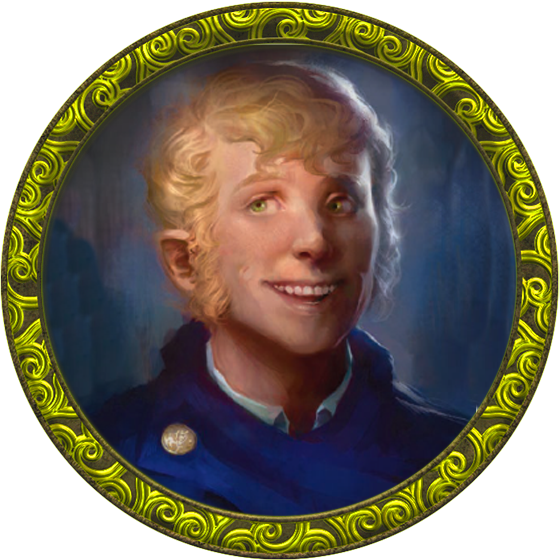 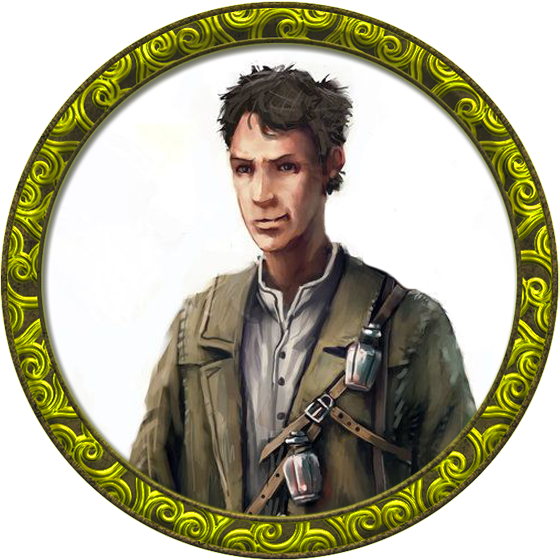 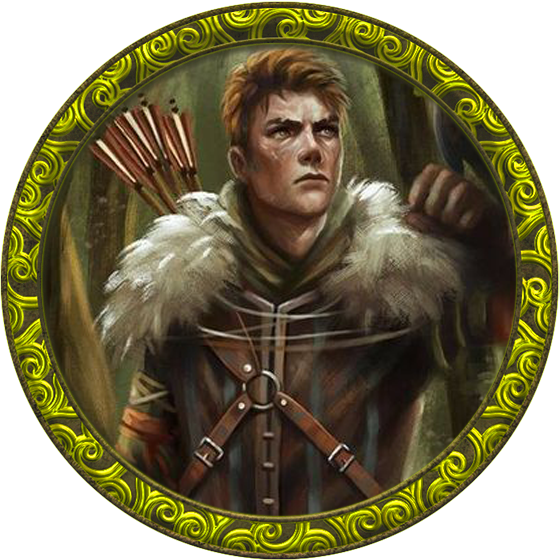 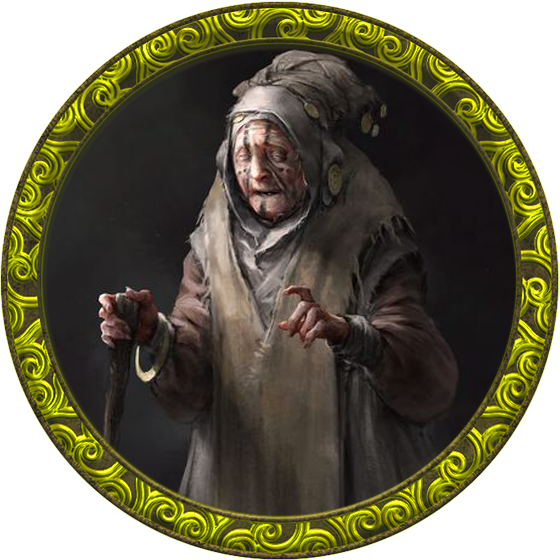