After striking down the cursed ogres and catching their breath, the group began to examine the exterior of the house. Moxie went to investigate the servants quarters and to set up shelter while the rest continued on. There were windows to the upper level, a large courtyard to explore and likely a ground floor, but the group chose to enter through the cellar.   Inside the first rooms were relatively empty minus debris and ruined servants equipment. Before continuing on, Rosie began to ritual cast detect magic, but her injuries began to take their toll and a curse began to set in. Within a minute, Rosie was completely blind, and forced to follow Shizukana around as they desperately looked for a way to end it.   After entering what appeared to have once been a kitchen, a paladin was spotted striking down a ghoul. She called out for aid, asking Shizukana to check down a hallway and for Adolpha to assist her in the next room, seemingly desperate to prevent some fiend from escape. While the group suspected foul-play, they agreed and the trap was sprung. The demon shut the door which took much time for Shizukana to open while it resurrected a ghoul and began to thrash away at Adolpha. Rosie was barely about to help, the horrible blindness Shizukana went down first, but a quick potion of healing was enough to bring her back in the fight. Rosie took a few devastating hits, and an untimely hit by the ghoul gave the demon enough time to knock Adolpha out.   As Shizukana fell, Adolpha succumbed to her wounds and passed away, while Rosie luckily struck the final blow on the vicious demon. But all was not over, for the Ghoul remained standing and managed to strike Rosie down. It stood over the unconscious sisters before deciding to eat Shizukana, but seemed to struggle with her armor and gave up, moving to eat Adolpha. An hour later, Rosie woke to hear the cracking of bone as the Ghoul continued its feast, and as it turned to finish off the bard Rosie gave her sister a potion. Shizukana finally struck true and killed the ferocious undead, leaving the two alone in the abandoned manor.   Blind, Rosie discovered the curse had other adverse affects. Her nose had shriveled and shut, and scales coated her entire body. While deformed, it did provide some protection. In bad shape, the two returned to the exterior and planned to visit town, hoping to find someone who could remove Rosies curse. Unfortunately Rosie seemed bound to the estate, unwilling to leave Shizukana was forced to return by herself.   Back in town, Shizukana sought out Alistair Kreed and gave him the evidence of Lady Sheilas family cursing the Morricks. He believed he would need a bit of time to figure out when to bring this up, but offered Shizukana a large amount of platinum to pay for healing services for her sister. Shizukana then sought out Filinda, priestess of Telophus. She reluctantly agreed to head to the Morrick estate after being offered a large sum of gold, and managed to cure Rosies blindness.   Unfortunately the curse had not yet been cleansed, and the two returned to the manor to try and find the source of the curse and what else remained in the mysterious mansion. 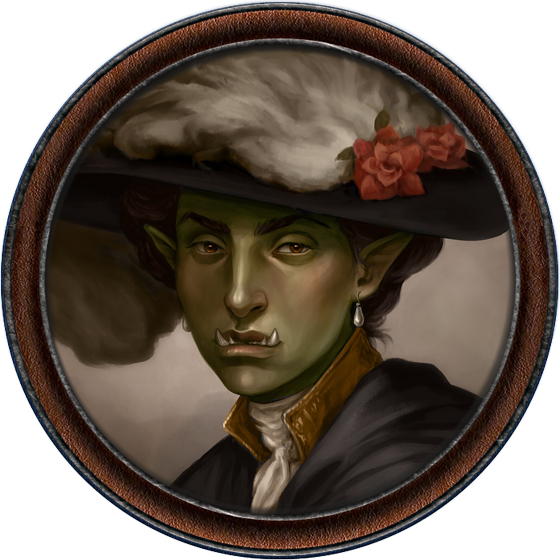 Adolpha Marrok - A posh Half-Orc noble from the Delafont territory who had thrown her hat in with the Akadian Pact territories. She has gotten close to Lady Sheila and helped find out much about the lavish noble leader of the town. She was tragically slain at the Morrick Mansion by a ferocious demon. 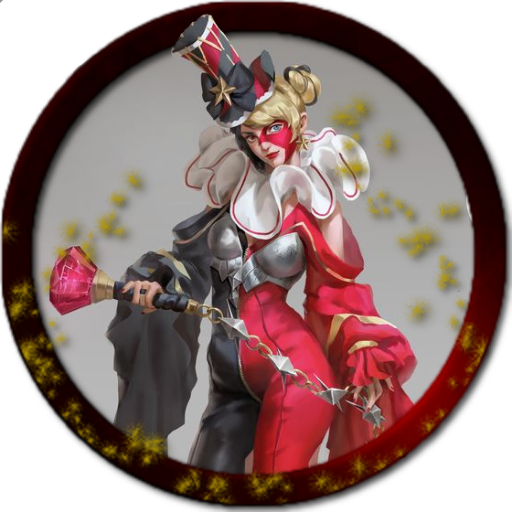 Rosie - A human bard and prior performer in the circus, she hopes that a successful job here would improve her station back home. She succumbed to the Morrick estate curse, blinding her, covering her in iridescent scales and shriveling her nose shut. Thankfully the local priestess was able to remove the blindness, but the other ailments remained. 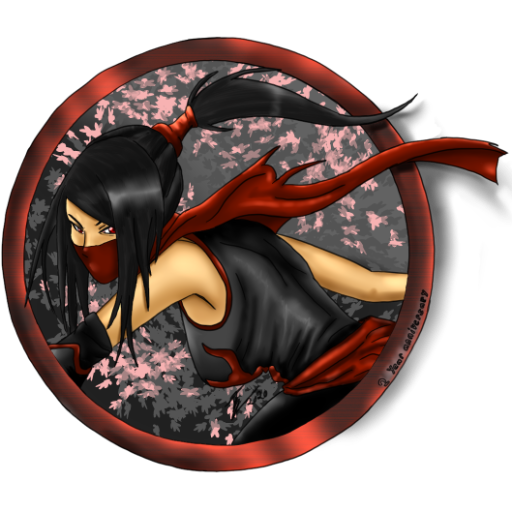 Shizukana - A human ninja and sister of Rosie, she is an expert rogue and arcane trickster. He unfamiliarity with the town has made her investigations more difficult, but she has still managed to garner much useful information about the nobles. 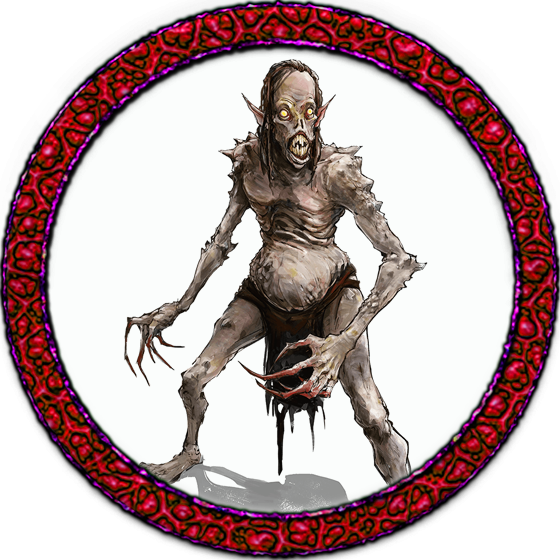 Ag'thaloz - The demon responsible for the curse, it had taken the form of a recently slain paladin and used that form to attack the party. It killed Adolpha before being slain by the blined Rosie. 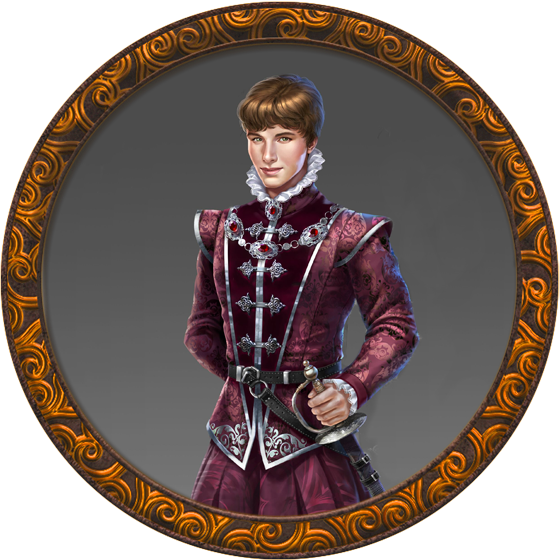 Alistair Kreed - The best man of Ferdinand Von Conclair, he has made a splash in town and is preparing for the upcoming wedding. Both Rosie and Shizukana learned that Alistair is in love with Ferdinand, and had hired bandits to disrupt the wedding. He is happy that Shizukana has provided evidence that Lady Sheilas family had unleashed the curse, and plans to use this information to ruin the wedding. 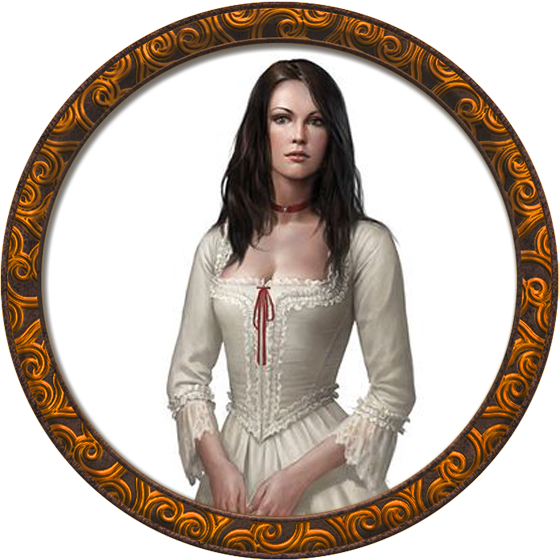 Filinda - The towns priestess of Telophus, she has been busy preparing for the wedding but was willing to accept the large amount of platinum offered to head to the Morrick estate to cast a remove curse on Rosie. 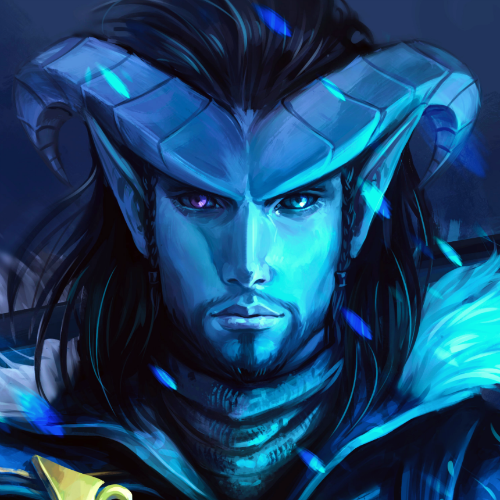