Who am I and why am I doing this?

Questions I ask myself pretty much daily. ;) But here, in this context at least, I have an answer. I'm new to WorldAnvil (sort of), but certainly not new to writing. I've been writing, well, ever since I knew how. I distinctly remember one of my first stories in pre-K, about two pony friends. I technically joined WorldAnvil years ago, when it first started, but at the time, it didn't offer enough for me and I wasn't able to devote much time to writing regularly. Since then, my devotion to writing has ebbed and flowed in response to life events not unlike the tides to the moon. Work, health issues, family issues, and deaths were the moon(s?) to my tides.   I had been in a relatively good place, in the before times. And then 2020 happened.   The last two years have been...difficult for my writing, to say the least. I'm trying to get back into the habit of writing daily, and in that process, I came across WorldAnvil again and this time, it has clearly spent some time in the gym! I'm excited by many of "new to me" features. Exploring the site led me to discover SummerCamp. What timing, eh? SummerCamp seemed like a good, low stakes way to do that. There's something daunting about working on the novel itself, even the first draft. But Worldbuilding is my weakness in that I love doing it and it's easy for me to get caught up in it. Writing 300 words a day, based on prompts centered around Worldbuilding? Yes, I can do that! I think this might be a good way to ease back into my old writing habits and output. One thing I do have to be careful of, I think, is getting caught up in the minutiae of WorldAnvil itself. Looking at the worlds and articles from others in the community, I was almost instantly awed and felt overwhelmed. How did they get their pages to look so interesting and immersive? How could I ever do the same? While I know CSS, getting comfortable with the WA platform takes some time. Even just writing this article took a lot longer than should have, as I looked into themes, and how to make this look the way I wanted it to. It definitely doesn't live up to my standards or what I would've liked but after an hour or two of searching help articles, refreshing my own knowledge of CSS, looking up photos, and just tinkering, I reminded myself that I'm here to WRITE, not make a pretty article. Sprucing can come later. So that will be a personal challenge for me, to not get caught up in the weeds of customization.

What is my creative goal?

I have decided! I'm looking to add in the finer details of the world, working on aspects that aren't directly relevant to the plot. In doing this, I hope to gain a stronger high-level understanding of the overall world, and as a consequence maybe better understand some of my minor/non-main characters. In this case, I'm doing a Hades and Persephone retelling, set in a (slightly alternate) ancient Greece, so the majority of worldbuilding is done, or at least enough to finish the first draft of book one, but there are things that I'd like to explore a bit more for the second book, and aspects of the world that I know I want to add during revision.   Addendum: I must admit that I'm still a little hesitant to make everything about my world public, especially since it's for a novel that I hope to publish traditionally. So for Summer Camp, I'll be posting my articles here, to "The Library" and move (or copy) them to Beyond Hellas. I'll probably make parts of that world Public the closer I get to publication.


What is my motivation?

To get back to writing regularly so I can finally finish the novel(s) that scream at me to be finished.

What is my challenge goal?


I'd really love to get all 31 prompts. I'm not going to place any other constraints or goals on myself. Gotta start simple sometimes.

I feel like this is going to be a cakewalk. The Underworld itself is an expanse that has yet to be fully understood, even by it's denizens. How far and deep does the Underworld go? I've been wanting do more digging into the Underworld and what makes it tick, and this is the theme I'm most excited about.

When I was first considering this theme, I thought it might be difficult to work in. But as I revisited my plot notes, I realized that leadership actually plays a fair part in book 2, as Persephone learns to harness her power over the Underworld, gain the respect of it's inhabitant and eventually lead an army. (Whaaa????) The theme of leadership also ties in nicely with one of the main themes of the novel; personal identity vs societal identity.

This theme is very much going to work hand in hand with Expanse, as we discover more on the Underworld and uncover some of the secrets and lore of the past, in the time BEFORE the Olympians ruled.

I was initially thinking about this theme might work with our Big Bad (the antagonist/villain), but in their own way, the villain actually represents the ultimate essence of the natural order. (No spoilers, you'll find out soon enough- if I get this thing finished). But our setting of ultimately three realms: Mt. Olympus, Mortal realm, and the Underworld, provides no shortage of opportunity for monsters and monstrous beings. I have not, as of yet, incorporated much of the many monsters of greek legend into my novel, and I've long known that was an oversight. I wanted to include them more, even if just in passing, but wasn't sure how to do it without shoehorning.
I also wanted to play with the idea of "what really makes the monster?" and perhaps show the Usual SuspectsTM in a different light. Hopefully this theme will help me to both integrate the monsters of the world more easily and put my own spin on them.

I already have a writing group that I meet with for structured writing time on Sundays for 2 hours, so that works quite nicely to give me both support and a guilt-free time to write. I am hoping to also get back to daily writing.

You know you're beautiful undone - Laura Doggett, Beautiful Undone
Who else is going to love someone like me that’s marked for death? - Emma Ruth Rundle, Marked for Death

Whenever I feel a little lost as to who my characters are, these images help to remind me. 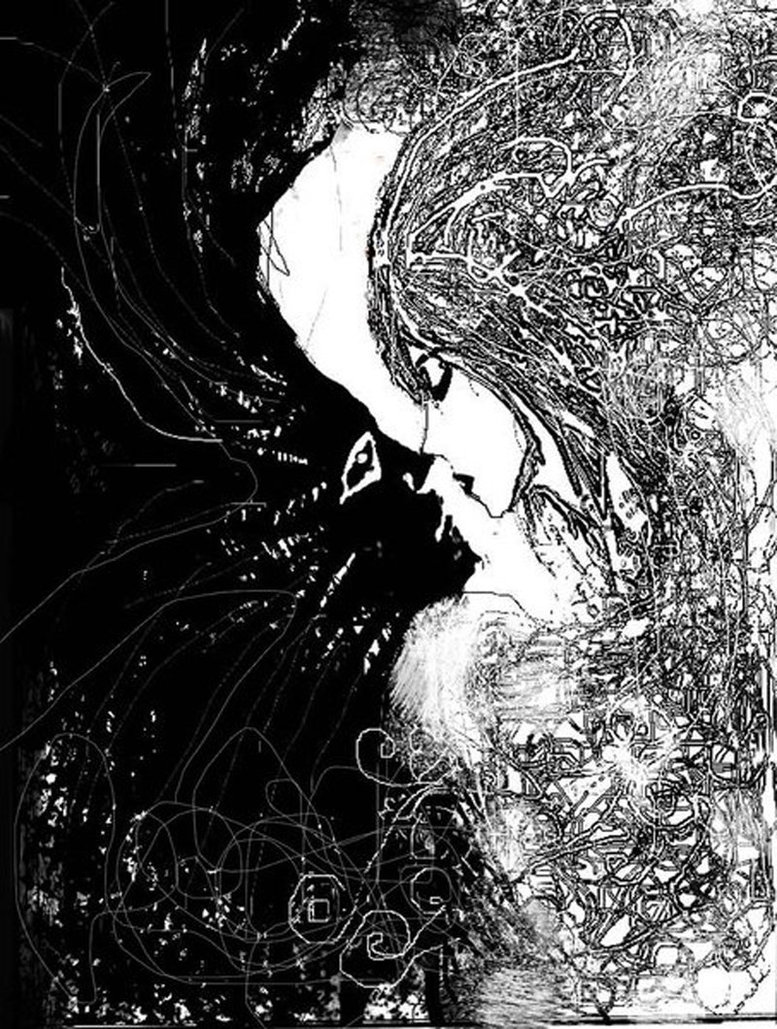 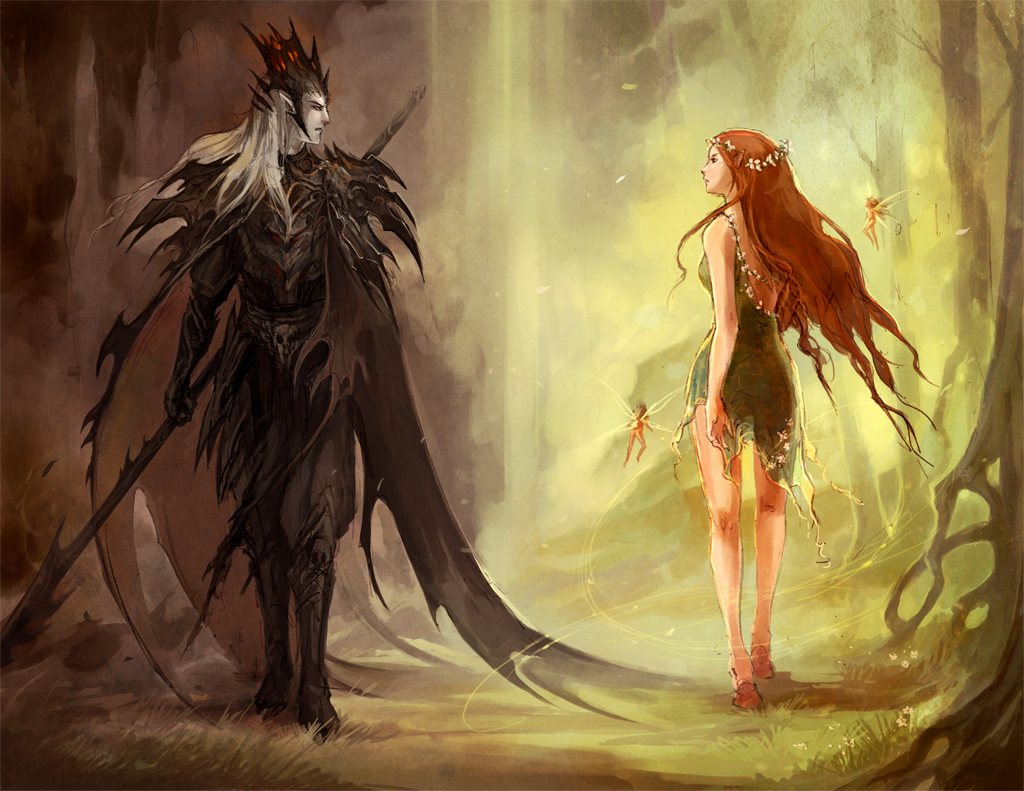 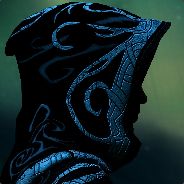 Nice job with the icons - very stylish. :) Good luck with your writing; I hope you're able to get as many of the prompts as you're comfortable and willing to do!