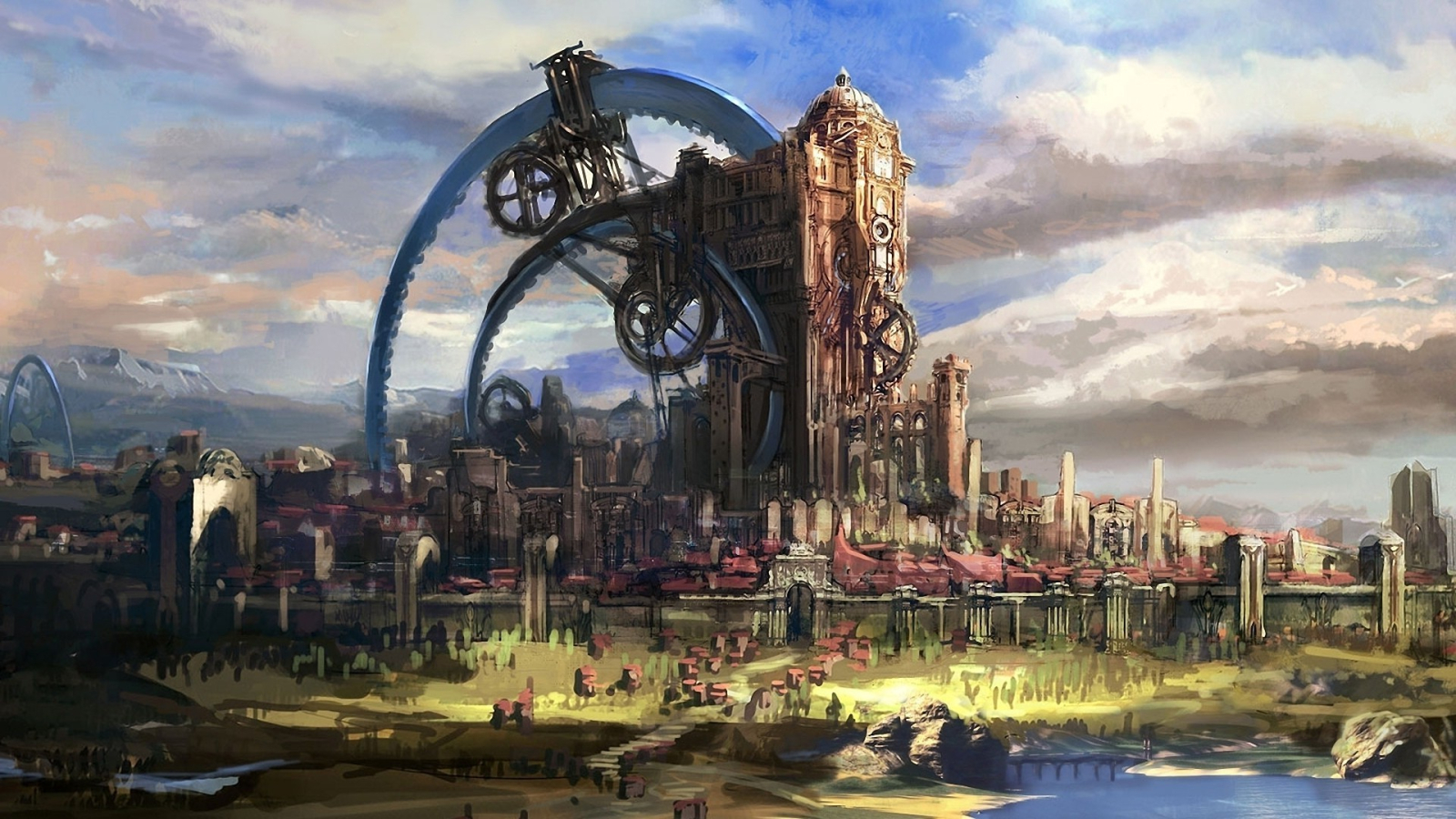 In 4 short years, Faith had slowly worked on her skills as an initiate, moving up the ranks and developing her skills as a student of magic and engineer. She was a savant in the field of tinkering and gunsmithing, and was quickly recognized by her peers as "the blue girl with the really big gun," and was the go-to person should you ever need weird and radical improvements to your old and boring equipment. As her talents began to become more recognized within the order, the Templarate made the decision to grant her the chance to test her skills in the field.   A problem was fast arising in a distant land, in the far away continent of Latria. Groups of adventurers were disappearing, and alongside those missing were the templars who had gone to investigate this situation. Faith accepted the quest and began a journey to learn more about these strange disappearance and to find out what happened to the lost templars. Traveling alongside a group of capable fighters, her team investigated the claims made by the locals about the missing adventurers. Faith saw first hand who was responsible for this mystery, as her party was attacked and captured by a band of raiding dark elves. Faith lost contact with her group, and quickly found herself deep within the Underdark at the mercy of the Drow. They kept her in a cell alongside other prisoners, located a slave labour camp at an undisclosed location.   After a few weeks, it was assumed the same fate had befell her as the other templars, but Faith had eventually escaped and told the order about what had happened. As she explained, she was able to help inspire a prison break amongst the other prisoners, making allies with a number of strange creatures found within the Underdark who eventually lead her to the surface. Although she was unable to save those who had gone missing before her, she was able to confirm their deaths and had brought with her a new group of hopefuls who'd escaped with her.

Faith was within Matlunn when Acererak's minions unleashed their plan to destroy the city. At this time Faith had been working on an assignment given to her by the order to assist Doktor Tarvin Aurelia with his personal work. This made her a part of a team investigating cult activity within Matlunn which uncovered a series of hidden tunnels and passageways under the king's royal palace. Faith by sheer chance was able to find and reunite with her mother, who had been locked within a prison cell in a secret location under the city for reasons which are still unclear. Her mother appeared to be well aware of the situation within the city and warned Faith's team of a ritual that was being conducted to resurrect Acererak. They made the decision to fight against the minion's of Acererak in order to stop his resurrection but ultimately failed in preventing its completion. In the ensuing battle many were injured by the breath attack of a massive dracolich which had been summoned to aid the lich. Necrotic infection spread from their wounds which forced Faith to amputate her mother's arm in order to save her life. Before the lich could escape from Matlunn, Faith struck a final blow which destroyed the lich's body, however Acererak's phylactery was able to escape. With his body's destruction the minion's of Acererak halted their attack against Matlunn, giving the defenders a chance to take back the city.

Faith is a member of the Heirophant Templar Order with the rank of Herald.

Faith has invented a number of tools and weapons, many which she uses in her personal equipment and others which she has provided to the Templars.

Faith spent a good portion of her life avoiding contact with other humanoids. Her time alone had made her bitter and mistrusting of others; something which she spent years struggling to overcome. She still exhibits this flaw in the form of extreme shyness. She prefers to remain awkwardly quiet and overly polite instead of pushing herself to engage with others on a more personal level. Faith can also be incredibly naive, oftentimes seeing goodness in others where none exists, making her an easy target for those who would try to take advantage of her.

Faith is determined to make society a better place, having personal experiences with some of the worst the world can dish out. She believes everyone deserves a second chance and that, given time, all mortal races can prove themselves to be ultimately good. To that end Faith will always attempt to see the best in everyone, even her enemies, using violence only as a last resort.

Faith was named after the virtue her mother valued most. She has always tried to live up to this name, doing her best to stay positive even in the darkest of situations and believing in others when no one else will. She feels guilt when attempting to deceive others, and prefers to be as genuine as she can at all times.