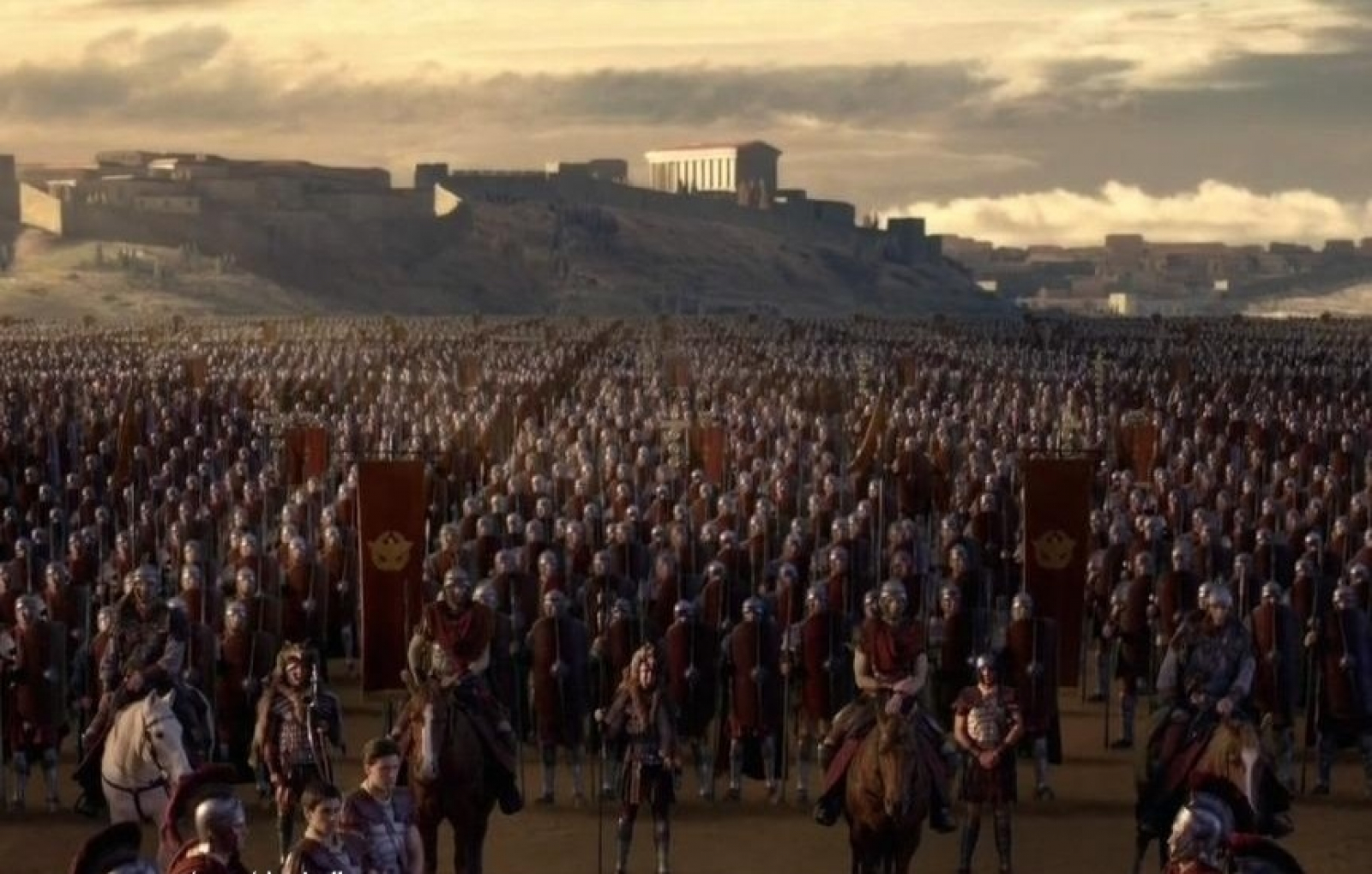 Religion in the Roman Empire

The Roman Empire is spread far and wide. Though it has shrunk compared to it’s height Rome’s reach still stretches from the Atlantic Ocean to the Black Sea. While the Pantheon of Rome has survived from the early days of the Republic other religions have entered the scene as Rome’s neighbor’s religions have crept into the fringes of the Empire.

Religion has been a core tenant of Roman society though the practice of worship and the gods themselves worshipped have altered over time. One would be hard pressed to find a Roman citizen or even non-citizen that did not ascribe to on the many religions and cults woven into Roman society. Roman cities are dotted with numerous shrines, temples, and monuments, with the most locally prevalent and popular gods having massive temple or basilica complexes dedicated to them that can take massive areas of the city. While the Classical Pantheons of Rome and Greece are the dominant religions within the Empire, there a handful of others that have risen to prominence and there are numerous minor religions that cropped up in all corners of the Empire.

The Old Pantheon -as it is frequently called- has been the core of Roman society since the age of the Repiublic.

The New Roman Pantheon is a modern creation. It is a vast simplification of the Old Pantheon, cutting down the total number of gods to a mere twelve (Jupiter, Juno, Neptune, Minerva, Mars, Venus, Apollo, Diana, Vulcan, Vesta, Mercury, Ceres), removing all the minor and supporting gods and declaring the countless local interpretations of the Roman gods –which was a fairly common practice- heretical. This has put the religion in great conflict with the Old Pantheon and the Greek Pantheon.

Cults have a powerful presence in Roman society, it is not uncommon for a person to ascribe to one of the major Pantheons and be a part of a few, if not many, individual cults. These cults range from the simple and benign focused worship of a single deity, to fanatical devotion of an underground cult, to the more arcane and archaic ritualism of the more secretive societies.   For example, the Cult of Mars is a highly popular cult amongst military family with most having at a minimum a small shrine dedicated to him where the make frequent prayers or offerings. Meanwhile, there is also the highly outlawed cult, known as the Cult of the Children of the Blood of Mars, who sacrifice babies to Mars and conduct complex and occasional gruesome blood self-sacrifices to Mars. Yet at the same time, there is a secretive and elusive sub-cult of the Cult of Mars, known as Mars’ Own, made up of high-ranking officers within the Roman Army, who conduct elaborate rituals, pilgrimages, and ceremonies to Mars in near complete secrecy. All three of these groups worship the same god, Mars, but go about their devotion in completely varying ways.   Each family additionally by tradition ascribed to their own personal household cult. This is best compared to a form of both ancestor worship and offerings to a household guardian spirit and personal guardian spirits akin to a soul. For most families, dependent on their linage, the patriarch or matriarch of the house would be the head priest for the household cult and then pass it onto their heir. Larger, more powerful or wealthier houses tended to have a personal dedicated priests and/or priestess to tend to their shrines for them. This practice has over time become less prominent in the fringes of the Empire with the practice on being continued enmass in Italia and Greece. The household cult also transcends the religious affinity of the individuals within the family as well. Aside from a few minor or foreign religions, all religions in Roman society ascribe to the idea of a household cult.

Ordinos, Latin for Orders, are a unique subset of Roman religious culture. Ordinis are quite expansive in their scope of what they can encompass. At the most basic level they are effectively extra-religious organizations that do not necessarily have to worship a god, deity, or patron (they can but do not have to) and instead focus more heavily on tradition and ritual to a degree that the practice becomes religious in nature. These differ from the small, secretive, ritualistic cults that the worship of a god or deity is not a requirement of Ordinis and is at most a secondary function.   For example, the Order of the Knights of Split, is an Equine Order out of Split that is dedicated to the maintenance and protection of the Tomb of Diocletian. They are highly secretive and ritualistic, much like a cult, but do not worship Diocletian or his tomb; though there are cults that do so. Instead they may worship and pay tribute to Neptune, to ensure Diocletian’s soul maintains a good afterlife; Minerva, to receive the wisdom and knowledge of Diocletian; and perhaps Mercury, in the hopes of being able to communicate with Diocletian. The worships of their choice gods is secondary to their tasks in regards to the Tomb. More often than not members of Ordinis do not adhere to any cults or at the most maybe one cult that is directly related to their Ordinis. Conversely, on a religious scale Ordinis do tend to adhere to a single Pantheon and almost exclusively the Old Roman or Greek Pantheons and in most cases quite adamantly. However, unlike the average citizen that would declare themselves a follower of the pantheon or a disciple or son of Mars, a member of an Ordini first identifies with their Ordinis before their Pantheon.   The most common forms of Ordinis are military Ordinis, patron Ordinis, and religious Ordinis; all of which have a variety of sub divisions that they can be further classified down to. On a broad scale however, they can be explained as follows.   Military ordinis are most akin to Knightly orders, as we know them. They are groups that are steeped highly in military traditions, rituals, and the like with strict criteria for entry with their primary function being that of warfare or the support of persons in war. They are most often followers of Mars or Ares and have dedicated their whole lives (or the majority of it) to warfare.   Patron ordinis revolve around a singular patron or family of patrons. These orders were typically established by or for an individual or family that survived well beyond its founder’s death. Their members are fiercely dedicate to the memory of the founder or who the Ordo was founded in the name of, or forever in service to the House which sponsors them.   Finally, religious ordinis. These ordinis blend the boundaries between an ordo and what might be considered a cult. The defining difference between a cult and ordo in this matter is that the cult does it for religious and mystical purposes while the ordo does the same but through a sense of ethics, duty, and honor. Religion can play a role in their choice but is not the driving factor. Religious ordinis are also not limited to the Roman or Greek pantheons and are often used by the smaller, less popular religions as a way to gain notoriety and members.

Religion in the Governance of the Empire

While religion, specifically the Old Roman Pantheon, has always been present in Roman politics and governance it was never necessarily a driving or commanding force within the administration. Romans were highly religious people who prided themselves on their piety and favor of the gods. Many public officials had a background in religious organizations before obtaining office. Historically, the Emperor used the Imperial cult to solidify Imperial power as well as his own.

Tasked with routing out heresy, heretical and dangerous cults, hunting ‘mythical’ threats, and protection of the public from ‘mythical’ threats. The Officium Superstito is equivocal to witch hunters or inquisitors within the Empire. They are largely unbound from traditional bureaucracy 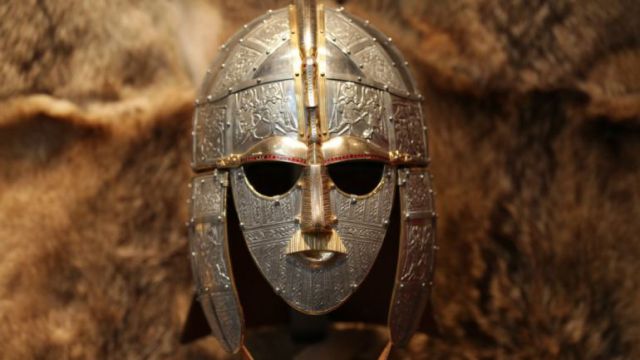 As your point of divergence appears to be post crisis of the Third century why is Sol Invictus not mentioned?