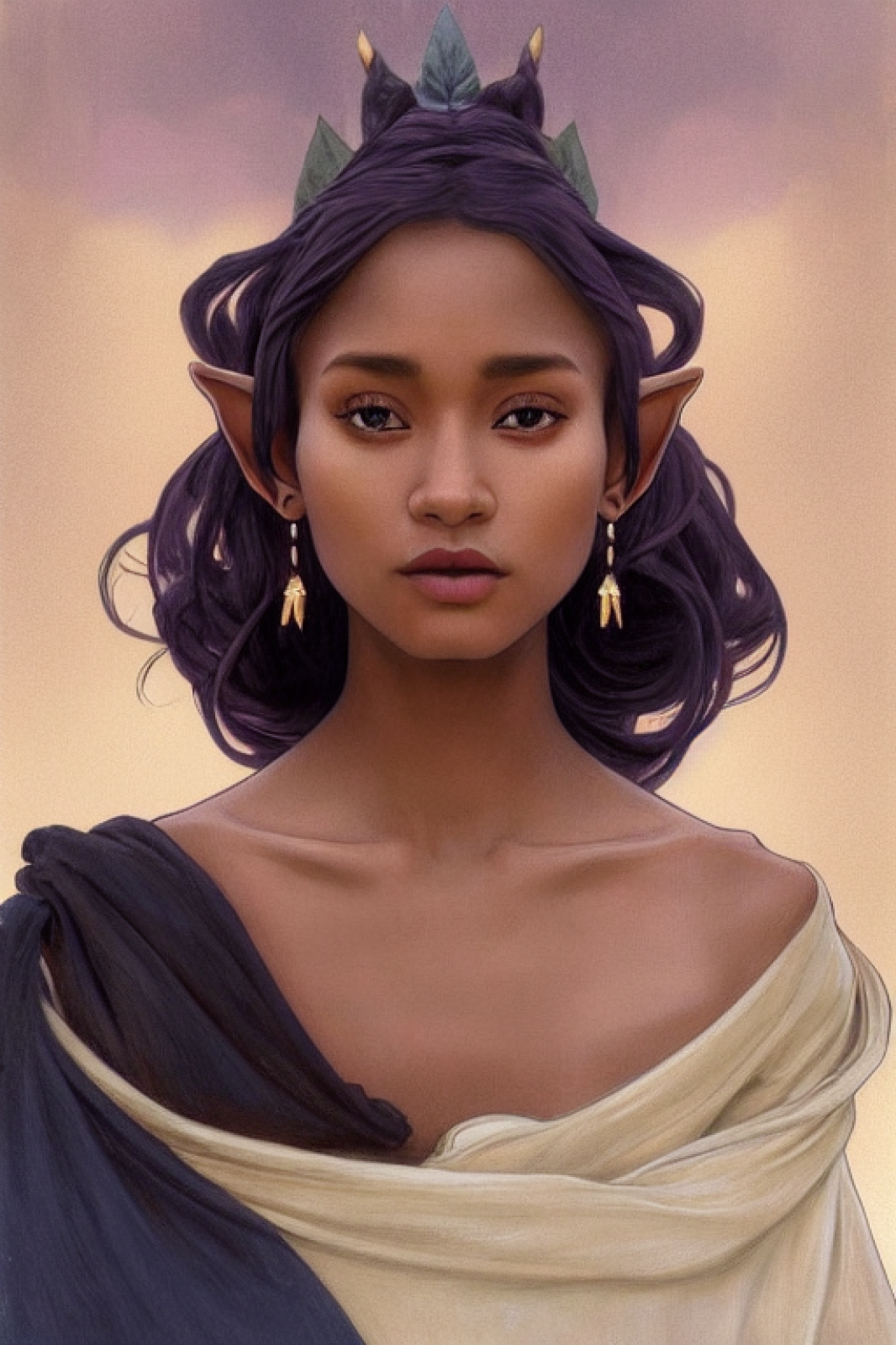 Also called "Desert Elves" by the Hyborians, Estirit live mainly in Upper Khemitian of the Kingdom with the majority of the population in the area of Nubiar Oversight. While they accept “elf” in cultural terms, it’s only because in Ancient Khemitian, “Eleva” means inheritor, which they consider as a compliment. As with the other races, they believe they are created by a God, in this case, by Iset, inheriting the goddess’s beauty and grace. 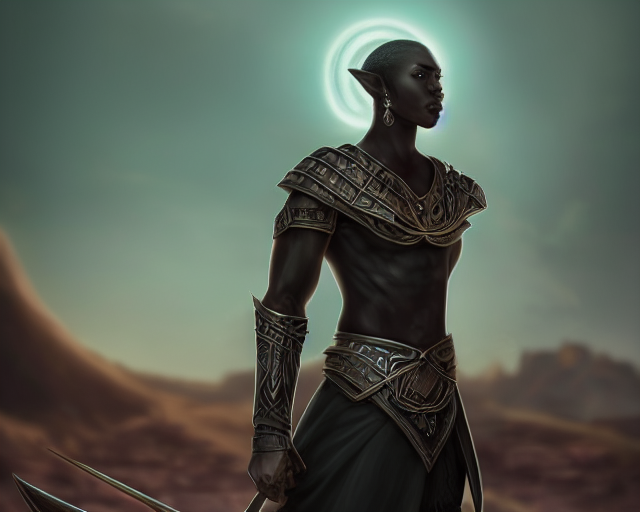 While somewhat self-governing and independent in the Nubiar Oversight, the Estiri share the same culture with the rest of the Khemitians and recognize the laws of the Pharaohs. One difference though is they think and plan in much longer terms. This is because the Estiri can live four times as long as a Human. Not long enough to remember the days before the Hyborians, but enough to be weary of strangers. 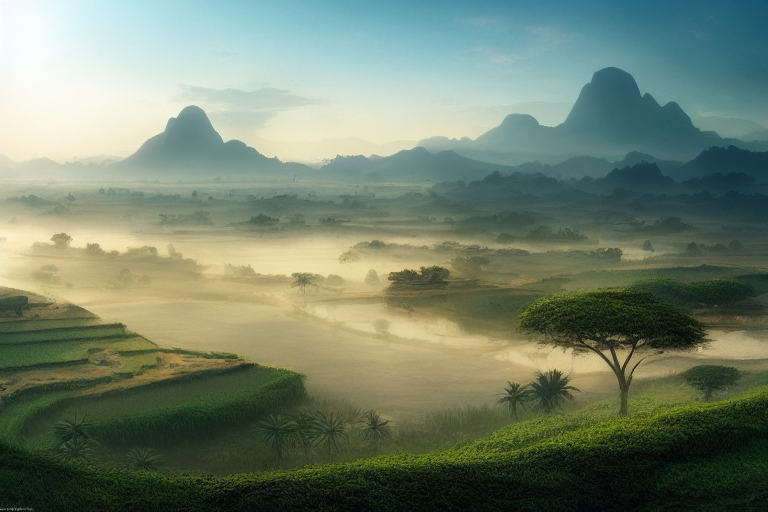 There was a time in the past that not only were the Estiri more involved in the Kingdom and politics, there were Estiri Pharaohs and Queens; enough of a dynasty that when Khemit splintered, they formed briefly, the Kingdom of Nubara. The Nubian Pyramids prooves the wealth and influence they once had. Time has buried most of the details of their past, only the Nubiar OverSight remains of that kingdom.


May the Sun light your path to fortunes
— Estiri blessing Estiri have more pronounced, pointed ears and often have darker skin than the humans or Ptahmenu in Khemit. They adorn themselves with Henna tattoos and colorful paints. Patterns resemble Words of the Gods, but are not inherently magical. They dress in light cotton and linens. Dress code can vary though the white linen is most common to all social classes, which is then augmented with color patterns that would complement their own body art (though it is wealth that keeps such flairs to a minimum for some). Those that know the Estiri will understand that that the art that they display on their clothes and body are more than for fashion, they are symbols representing family houses and Caste. Some more complex as they go back generations. See the Estiri believe in who they are and aren't afraid to express themselves. The light shines on us all, as they say.

Because of their open display of who they are, there's a misconception that the Estiri always tell the truth. They may be honest, or speak their mind, but that's not always the truth. They can exaggerate and omit the truth, but an Estiri will not hide who they are or of what house. There is also a bit of a sticky situation with language. As previously noted, the Estiri believe in Iset, but unlike the Ptah, some will say they are created from Iset, not by. Inferring that they are descendants of gods. This is an unpopular notion with the rest of the Kingdom as there is only one line of descendants of gods, and that's the Pharaoh.   It is uncommon to see the Estiri in the Lower Khemitian, but there are Estiri Heset professionals that are often requested for music at major holidays or events, making many to assume that's what all Estiri do leading to some awkward Karaoke nights. 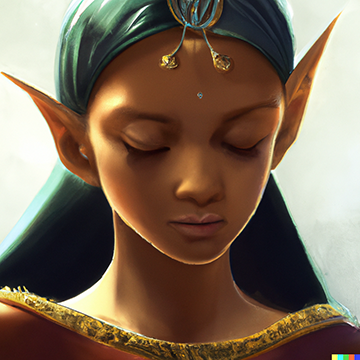 by Dalle-2
The Estiri have a caste system similar to the social classes of Khemit (Priests, Warriors, Laborers, etc), but more rigid. They have belief that things like blood from a butchered animal, feces etc will taint their Ka, so the caste is there as part of that separation. A butcher would cut the meat and then the laborer would prep the meat (dry, cook, etc.), then deliver it to a wa'eb so that the negative Ka stays in the other Castes (Cleaners, Laborers).
Warrior Caste is similar to that of the Cleaner cast because of blood, an Estiri would not be a Gaffe (they can be a Beqenu or Wa'eb, but not both because of the distancing from negative Ka). What they do have, instead of a Gaffe,is what is called a Sin Eater to deal with bodies after violent death or disease. The Warrior and Cleaner Caste have such a profession to absorb the negative energies and shield the other castes. The Stricture of the Caste unfortunately forbades Estiri from marrying outside their Caste or at least not beyond the adjacent castest; a superstition of generational negative Ka can influence future generations. Warriors could marry into the Labor or Cleaner castes, but not into the Priest or Merchant/Farmer Castes.   The complexity of Caste System has led to misconceptions of the Estiri. As an example because they don’t touch raw meat, it’s assumed that the Estiri are vegetarian and because the other castes are served by Cooks and Laborers, they are believed snobbish and require servants. Neither of which are true but require more complex explanations to outsiders.

The Estiri felt the same persecution of the Hyborian Hegemony like the rest of Khemit. temples were toppled and priests were slain. Only the lifespan and long memories were able to pass the fragments of Iset. 3000 years later and Solanus is the most popular god of the Nubian Oversight. Iset is more of an esoteric prayer among the Estiri. So the notion of born of/created by gods remains as a vague legend.

The sun reveals your glory and honor
— Estiri Greetings

Under the hot desert sun, the air shimmers and mirages can be seen. Legend has it, when the Hyborians were to invade the Nubian Outlook, the Sun God protected his/her people in a mirage and that the soldiers would only waste arrows at phantoms of the sun. This ability has endured. When an Estiri reaches the age of 20, they can harness the heat and light around them and make it dance, distorting their actual location. It's a defensive form of Magic that varies in expertise with each Estiri.

Comparison of Estiri and other Hyborian Elves

Wood Elves, High Elves, Nuklanders, all have similar origin story going back a millenia as their descandants arrived from the Fey metaplanes into this world. This makes the Estiri very interesting; are they "elves"? with the shorter lifespan, did they lose the knowledge of their Fey Origins, or truely they were born from the Khemitian world by a God.

Tjet
The Tjet, also called Iset knot is a common pattern for Estiri of any class. they would add it to clothing,jewelry,murals. A few of the ancient structures still have such symbols. this is not the same as the knot that Estiri women bundle their hair up in, though it is also called an Iset knot. The Tjet was the symbol of Iset's protection over the dead and used in funeral rituals, but with those lost over time, it can be seen associated with Solanus, though he doesn't know what to do with it.

Trance
Estiri can meditate deeply, remaining semiconscious, for 4 hours a day. (The Common word for such meditation is “trance.”) While meditating, you can dream after a fashion; such dreams are actually mental exercises that have become reflexive through years of practice. After resting in this way, you gain the same benefit that a human does from 8 hours of sleep.   Descendant of Gods(Iset)
You have advantage on saving throws against being charmed, and magic can’t put you to sleep.   Mirage
The Estiri have developed an innate ability to shift and shimmer their appearance like that of a mirage. Charisma bonus per long rest, they can use Mirage (Like Blur spell) as a Action.