In the depths of the Red Land and the farthest reaches of the Khemit Kingdom dwells a frightening race of jackal-headed humanoids. Hyborians called them gnolls, from the Ancient Khemitian word “Engnol” for Jackal. But the children of Anubis call themselves Anpur. They are a mysterious people, feared by others for their predatory visage and a fascination with death making even the afterlife-obsessed Khemtians nervous. Some of the Anpur leave their brethren to interact with Human society, but most keep to themselves until they need something. Most of the Anpur live on the northern parts of the Kufa Mountains along the Setesh River. 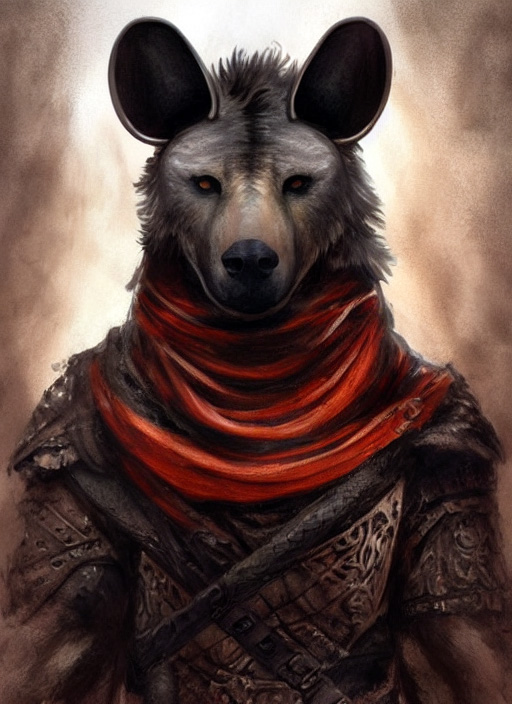 by midjourney
The Anpur have a monotheistic religion dedicated to Anubis. Anubis was both the Sun and the Moon and his presence can be felt during the time of an Eclipse. Religious and government centers have many statues to Anubis. They pray to him for Rain, for Fertile Floods, for Battle, and ofcourse as part of Funeral rites. The Anpur joke that the other races need multiple gods where Anubis can do everything. Their temples and rituals are roughly similar to the rest of Khemit having the same cultural origins, so it's not suprising that their Wa'eb and Gaffe perform the same tasks. When it comes to the dead however, the Anpur have a more lengthy ritual. They do not perform mummification. instead they have a necropolis with platforms where either the body is allowed to naturally decay or in some villages, the sands naturally dessicate. Regardless, it is then the bones are placed in ossuaries with a lid shaped like the deceased.This gives the deceased, token representation on earth, while their spirit is in Aaru, the place of reeds. To Gnaw on An obscure practice, one that many cultured anpur find blasphemous. To shame an anpur after death is to chew on his bones. This obliterates the spirit's link to the world and casts them into the void between Aaru and Duat. This is probably the only thing that anpur would truely fear after death.     Unlike the Khemitians, the Hyborians didn't persue the Anpur into the Kufa mountians. it's not like the didn't try, but there were monsters in those mountains.

Well for one, they don't smile...They have a more stoic look which doesn't terrify other species of Khemitians. Many would think of them as brutish monsters (As told for centuries by the Hyborians), when the majority are very much educated creatures. With little emotional expression, they do articulate more of their emotions through words and actions. Graceful bows and salutes are often included rather than handshakes.

My spirit soars with this unexpected visit! My thoughts of labor today flee like dragonflies in your presence
— Anpur Greeting 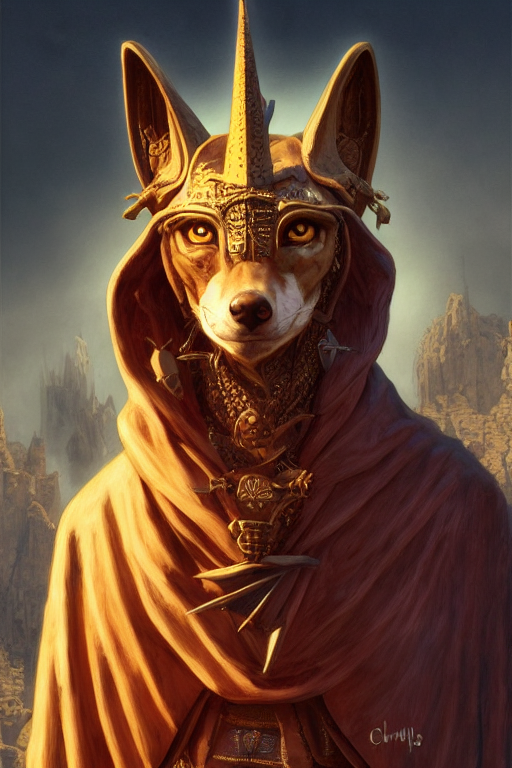 Anpur are humanoid, but they have the heads of jackals, like their divine patron. Their hands are fully formed, complete with opposable thumbs, but their feet fall somewhere between humanoid feet and canine paws. Anpur have coarse fur, either black or a very dark shade of brown, or gray. Their eyes can range from almost black to a bright gold. Anpur averaging around 7 feet tall, with long limbs and jaws strong enough to crush and tear. This however also makes it difficult in pronouncing other languages. While they speak Khemitian, they have created a slang variant more benifitial to somone of their appearance. 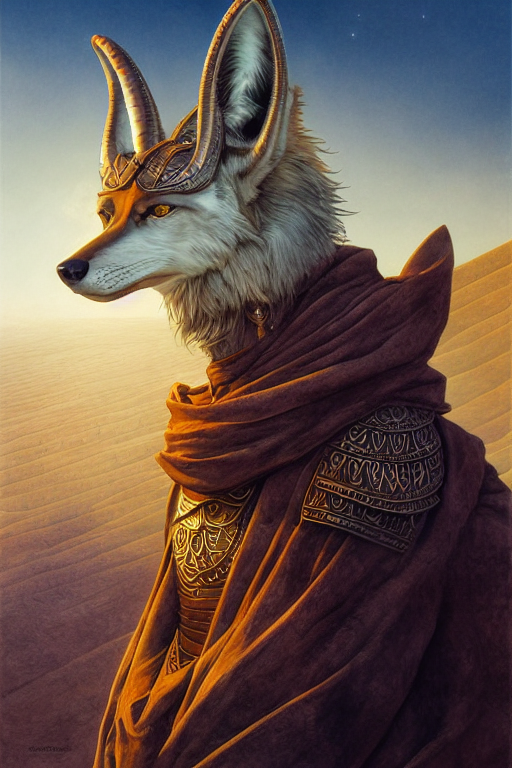 by Midjourney
Average Height
etween 6-1/2 to 7-1/2 feet tall, but some reach only 6 feet or grow as tall as 8 feet.
Average Weight
Average weight ranges from 200 to 325 pounds

Darkvision. Accustomed to Nocturnal Life, you have superior vision in dark and dim conditions. You can see in dim light within 60 feet o f you as if it w ere bright light, and in darkness as if it were dim light. You can’t discern color in darkness, only shades o f gray.
Brave. Anubis is all powerful and will guide you from this life onto the next. There is nothing to fear with Anubis. You gain an expertise die on saving throws against being frightened and against other effects that would alter your emotions. (An expertise die is an extra 1d4 that you roll and add to your main d20 roll.)