Maeve is a walking mountain most would assume a glamoured ogre than shewolf. Her entire seven foot frame is a testament to exercise, combat, and training. Her corded muscle belying the true supernatural strength within just as her eyes hide the animalistic rage always boiling underneath. Maeve’s skin is fair, freckles adorning her face, arms, and cleavage from many hard hours of running, hiking, and covert ops in the sun.   Her body screams ‘female linebacker’, with her shoulders relatively broad and her thighs and calves capable of crushing watermelons or heads. Her arms and wrists are strong, flexing with every movement as they give one the impression she could punch your head clean off. Partly because of a naturally high metabolism and and tremendous workout, Maeve’s abs look cut and designed, akin to a muscle-model at their most dehydrated and ‘cut’.   Complimenting her imposing stature and physique, Maeve’s smile is always genuine. Genuinely-concerning, given her enlarged canines draw the eye. Still, the woman’s strong jaw and high cheekbones add an air of tough femininity to her otherwise masculine aggression and shape.

Maeve is capable in inhuman strength and endurance. While slightly faster than a human based off sheer musculature, she is capable of running farther, lifting more, and working harder than almost any human in a physical endevor.   Her high metabolism plays a tremendous part in her regeneration. Capable of having an entire limb grown back with proper coaxing, Maeve’s regenerative powers are robust and capable of feats unthinkable to humans.   Lastly, and most iconic to her species, Maeve can turn into two wolf forms. One, a walking 9’, towering bipedal digigrade monster of claws, teeth, and fur is here werewolf form. The other, easily 6’ at the shoulder, is a titanic wolf with massive paws and a broad, muscular, bred-for-killing physique. In all forms, Maeve has access to claws capable of tearing apart flesh, bone, cloth, and even clawing it’s way through thin steel plates.

Aside from her natural capabilities and claws, Maeve has a couple favorite weapons she takes when dealing with supernaturals:
-A large custom-built revolver more akin to a hand-cannon than a self defense weapon. Capable of recoil enough to shatter a smaller person's wrists, the gun is often filled with specialty alchemist-ammo to produce dazzling, damaging effects on various monsters.
-An enchanted claymore she retrieved from a barrow mound with the spirit’s blessing. A magic two-handed sword with more than a foot of hilt and five more of blade. While it needs sharpening, the blade itself never notches or is damaged by cleaving apart metal, concrete, or flesh.

Maeve bring a careful nature to the old saying ‘all werewolves are loyal dogs at heart’. Feeling burned by her old pack, lied to and used, she has a distrust of large organizations. She still has that unfailing loyalty but it’s entirely devoted to people more than ideals.   Her hands are open and welcoming but quick to close and punch your lights out. She is unafraid to lay down ‘the law’, even if the law is just keeping her bar quiet and things within her own moral compass. She has a propensity to apply force more than subtlety, but even so, she knows when cooler minds and delicate plans need to go unimpeded.   Prone to wrath and drink, Maeve also brings a boisterous joy only the whiskey-fueled fiery Irish heart full of song can bring. Perhaps she is best summarized by her clothes. She enjoys sturdy and colorful in equal but separate measure. Often settling on jeans and boots for functionality but tailored hawaiian shirts for comfort and gaudy color. She is a woman of extremes and creature comforts. A ronin taking pleasure in their lonely status in the world, even amongst friends.

Sealed and signed by Ian 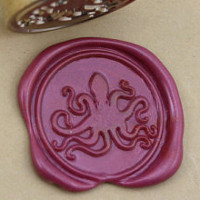 Maeve has to date, as my human companions and patients say, been difficult to 'nail down' for a scheduled session. She has proven herself adept at avoiding time with me. She has gone so far as to schedule conflicting mercenary 'ops' or simply disappearing to lend to assistance to one in progress. Otherwise she uses flimsy excuses such as running her bar, meeting with other founders of this little mercenary band, or feigned illness. Occassionally she has even been blunt enough to deny me because she believes herself above the necessity of mental health, perhaps by virtue of being my 'superior'. I admit to being too polite to pry into cases such as these at first.

Even so, I found particularly barbed and public insults to her ability to command and her emotional control were sufficient to rile her into meeting me out of spite. Much as it pains me to resort to such barbarity, I am happy to report that she has come to be less recalcetrant in the face of our sessions. While still difficult to get into my chairs, the smell of cigars and whiskey have become familiar to me. As such, I can confidently say that the below evaluation is throrough.

Maeve is of the standard 'werewolf pack mentality' documented in various supernatural publications. To her, loyality is imperative. She has been burned by her own blind loyalty in the past and, as a result, is distrustful of large organizations. Despite this, she often expects blind loyalty from those who are to follow her should she invest loyalty into them, and it is a weakness.

She is loud, boisterous, violent. She delights in teasing and 'blue collar'/ familial-unit humor, often concluding in pranks. 'Due to her upbringing also has a propensity for suspicion, monitering people she does not know or trust as, pessimistically, she assumes the worst of them. Playing off of this semi-pessimistic outlook, Maeve has a propensity for gallows humor. She is prone to put aside polite tendencies normally, but for her darkly humorous jokes she has an uncanny and often unwelcome ability to find humor in even horrifying situations. I am not convinced this coping mechanism.

Sealed and signed by Belinda 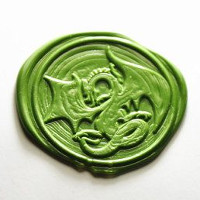 Maeve is, by all traditional metric, in fantastic health. Like most werewolves, their regenerative capabilities keeps her particularly hale and hearty. Obviously, Maeve is a towering woman, her abnormal size due to a resurgence of vestigial 'dire wolf' genetics in the general werewolf population. As such an abnormality puts her well outside normal werewolf health measurements, i can only extrapolate as to how her body will act with age.

In the present however, befiting her genetics, Maeve shows a number of 'primal' werewolf traits. Her strength is greater than that of the average werewolf, even accounting for size. Her regenerative capabilities are among the most powerful I have ever seen aside from some trolls. She has incredible physical prowess and her resting heart rate is almost borderline worrisome and sluggish, yet all of her vitals are stellar. I would like to see her add more variety to her diet, but she seems content with a preference for starches (potatoes), alcohol, and animal products such as lard, milk, and cheese. She has a proclivity for meat of course, and it accounts for a near majority of her diet. She often has it a little on the rare side, not unlike most carnivorous supernaturals like her kin, so I simply warned her about thoroughly cooking and the conversation ended there.   this is a location for a thing
Given Name Maeve Alan-O'Connolly
Biological Sex Female
Ethnicity Irish
Species Werewolf, partial Dire-Wolf
Eyes Glowing amber-gold
Hair Short and red, fluffed and spiking naturally towards her nape
Height 7' (213cm) in human form
Languages English, Irish, 'Isles-Wolf'
Relationships Argen: Mate, wife, and deeply in love.
Kororo: Owner of the Onsen and Bar, lets the ghost smooth the show over. Adora 'Belle': Manager and friend. Carmen 'Belle': Manager and patron of the alchemic brewing arts

Remove these ads. Join the Worldbuilders Guild
Old Works to be revamped