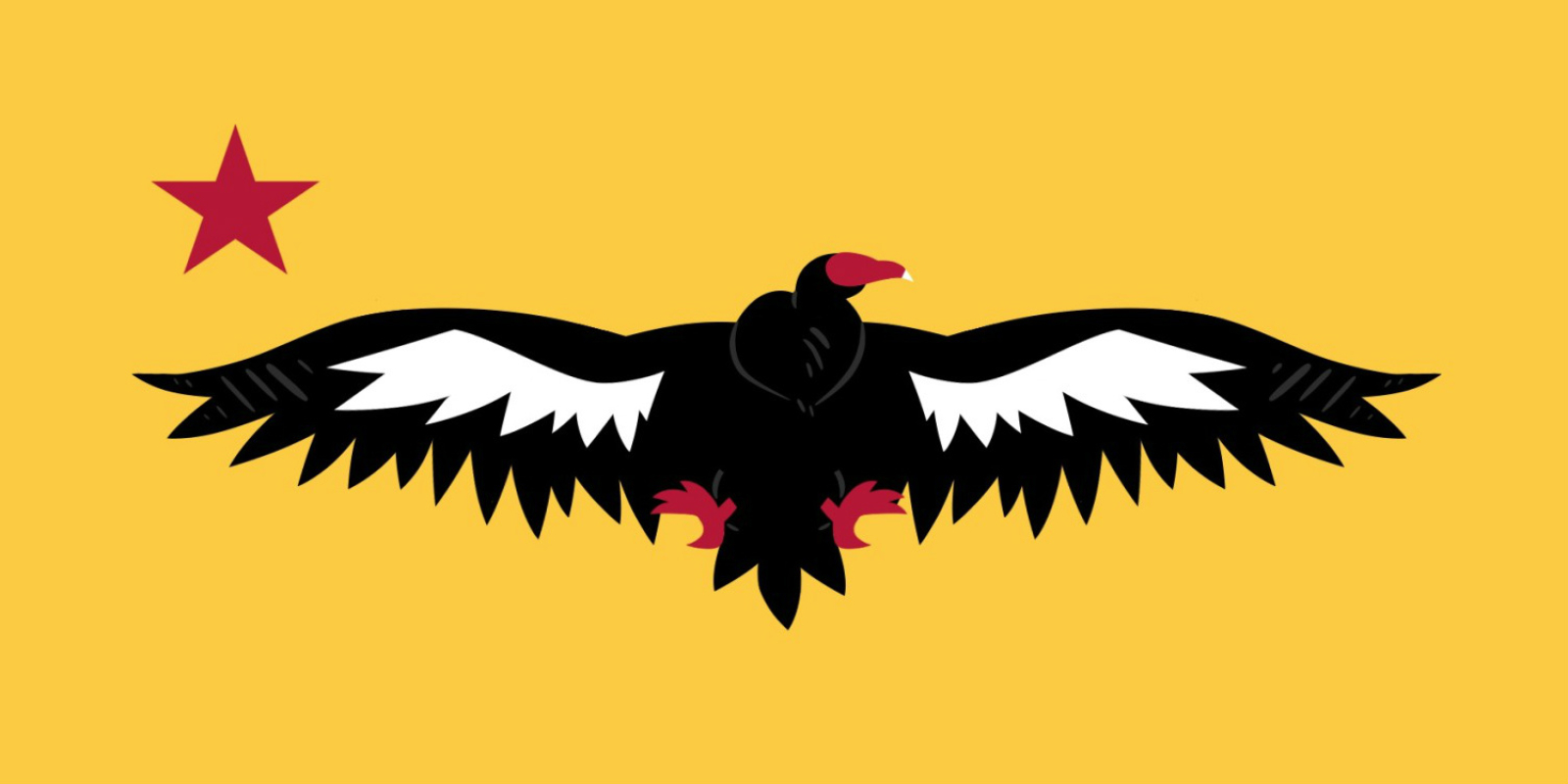 Stet
In the mid-‘60s, amid fears of nuclear war and the provocations of a recklessly bellicose right-wing president, Californians impeached their just-as-right-wing governor. In his stead, they threw their support behind the Condor Flag Party, a radical-left third party co-founded by college activists Alton Aubrey and Linda Xu. The Condors promised Californians safety, equality and a better standard of living – by liberating them from their own repressive country.   Once in power, the Condors, led by charismatic Governor Aubrey, set about covertly securing California’s own nuclear arsenal from Red China. Faced with the choice of either waging all-out war against Americans or admitting defeat in the eyes of the world, the president caved to the Condors’ demands. In 1967, California seceded in a bloodless coup with the Condors’ private army, the Golden Guard of California, at the vanguard.   But the new Independent California Republic faced insurmountable challenges. The US branded it a rogue state, banning it from the United Nations and sanctioning it into isolation. Worse, the Army Core of Engineers rerouted the Colorado River into Arizona, throwing Los Angeles and the surrounding areas into a permanent and ever-worsening drought. California’s once-prosperous economy ground to a halt.   That was more than 30 years ago. Now the ‘90s have arrived, the Warsaw Pact has crumbled, and once-isolated nations around the world find themselves scrambling to secure their futures. Yet as his former allies rejoin the ‘free world’, Aubrey, the ICR’s all-powerful but increasingly unstable leader, is unwilling to make peace.   As a generation that never knew America comes of age, the question becomes: how much worse can it get? Will the aging Condors finally crack and bow to the US? Will Aubrey lead his people to destruction? Or can the citizens of California be saved?

The Independent California Republic has 13 Followers